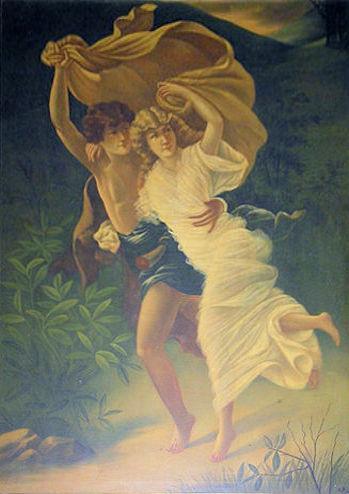 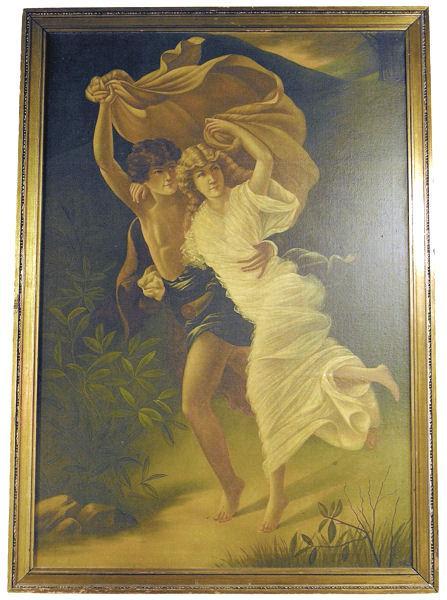 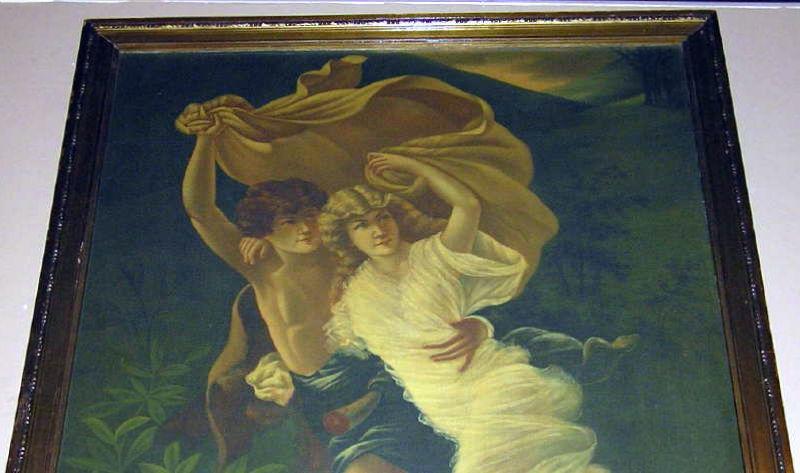 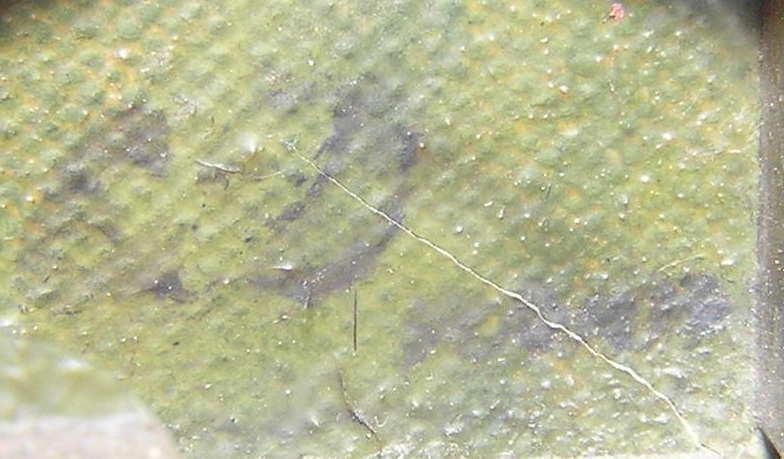 This is an exceptional oil on canvas copy of The Storm by PIERRE-AUGUSTE COT (1837-1883), dating from the early 20th century. Initialed " GD " by the artist in the lower right corner, along with a word or date which cannot be deciphered. Period giltwood frame measures 60.6" high, 42.8" wide and 1.5" deep. Painted by Cot in 1880, The Storm was commissioned by Catharine Lorillard Wolfe, the cousin of John Wolfe, one of Cot's important patrons. Since its creation, critics have speculated on the subjects depicted. Some have suggested it depicts the Greek romance "Daphnis and Chloe" by Longus, while others suggest it reflects the romantic tale "Paul et Virginie" by Bernhardin de Saint-Pierre (17371814). The original measures 92" by 61" and has been held by the Metropolitan Museum of Art since donated by Wolfe in 1887.

Oil Painting of smokehouse in the woods