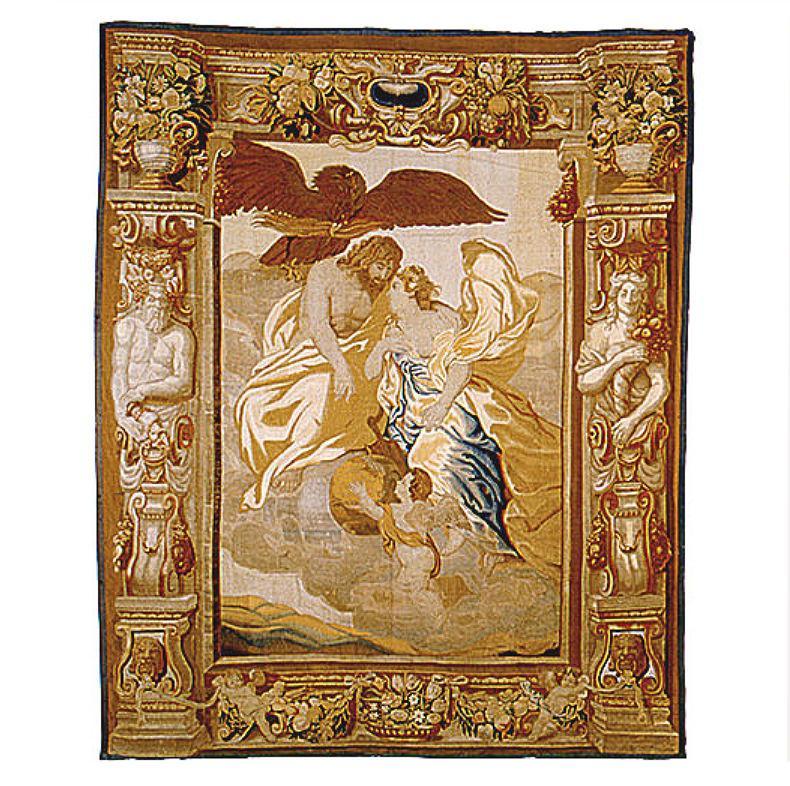 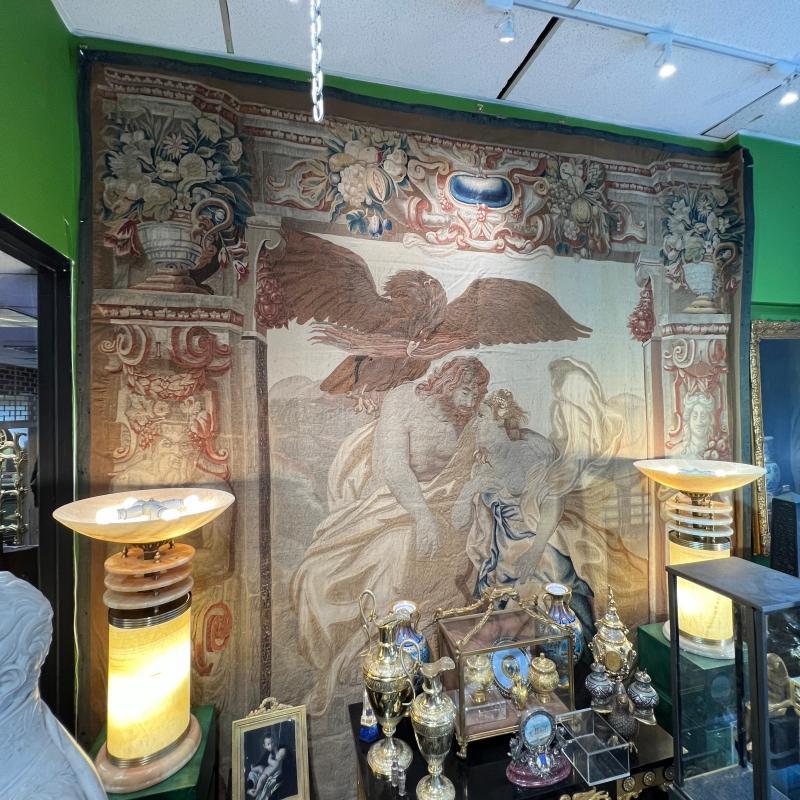 It skillfully depicts a loving Zeus and Hera in clouds surmounted by an eagle holding thunderbolt, with the angel, Eros, lifting a globe below, all in a central cartouche, framed in the style characteristic of Geubels with elaborate floral and foliate architectural borders composed of garland and cherubs, with a caryatid holding a cornucopia on the right, and a satyr in the shape of Dionysus pouring wine from an ewer on the left.

And, a very similar tapestry is illustrated in Tapestries and Their Mythology, Jack Francis, Drake Publishers Inc., New York, 1975.

Zeus (whose Roman name is Jupiter) is the Ruler of Heaven and Earth, of all other gods, and of all men.  The Greeks respected him for his protection of the weak, his justice, wisdom and power.  They also understood his passions and infidelities, which rendered him more human and easier to understand.  Zeus is a god of light and sky, and his attribute is the lightning bolt.  The eagle is both his symbol and his messenger.

One of the eight wives of Zeus is Hera (Juno is her Roman name).  She is the Queen of gods, the Goddess of Marriage and Maternity, and represents the idealized wife.  Hera is a figure of majesty, wearing a diadem on her head.  Her attributes are a scepter surmounted by a cuckoo, the pomegranate and the peacock.

Eros (Cupid) is the God of Love, a small, winged boy, blindfolded, carrying bow and arrows.  His arrows pierce the heart, causing the victim fall in love.  Eros is the youngest of all gods, and some traditions relate that he was born from a silver egg.  His Roman name Cupid is derived from the Latin cupido, meaning “desire”.