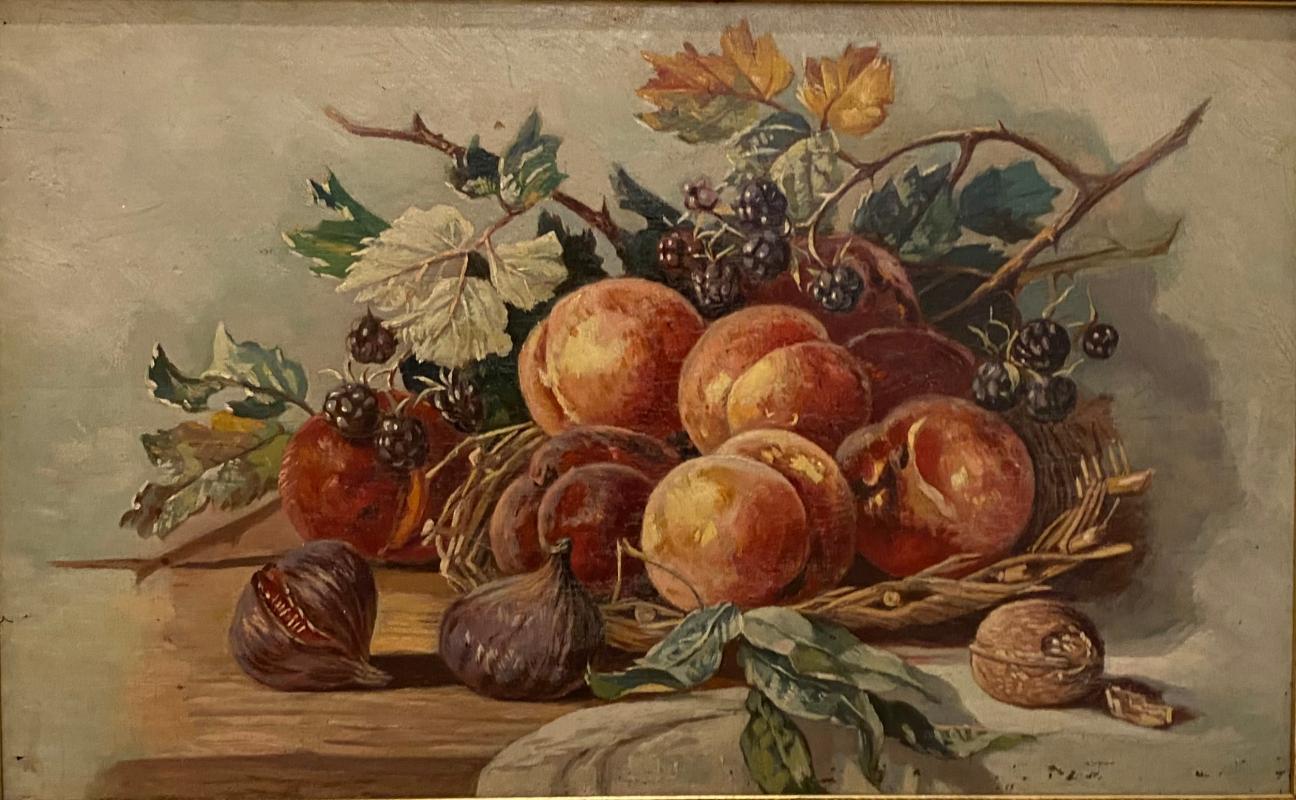 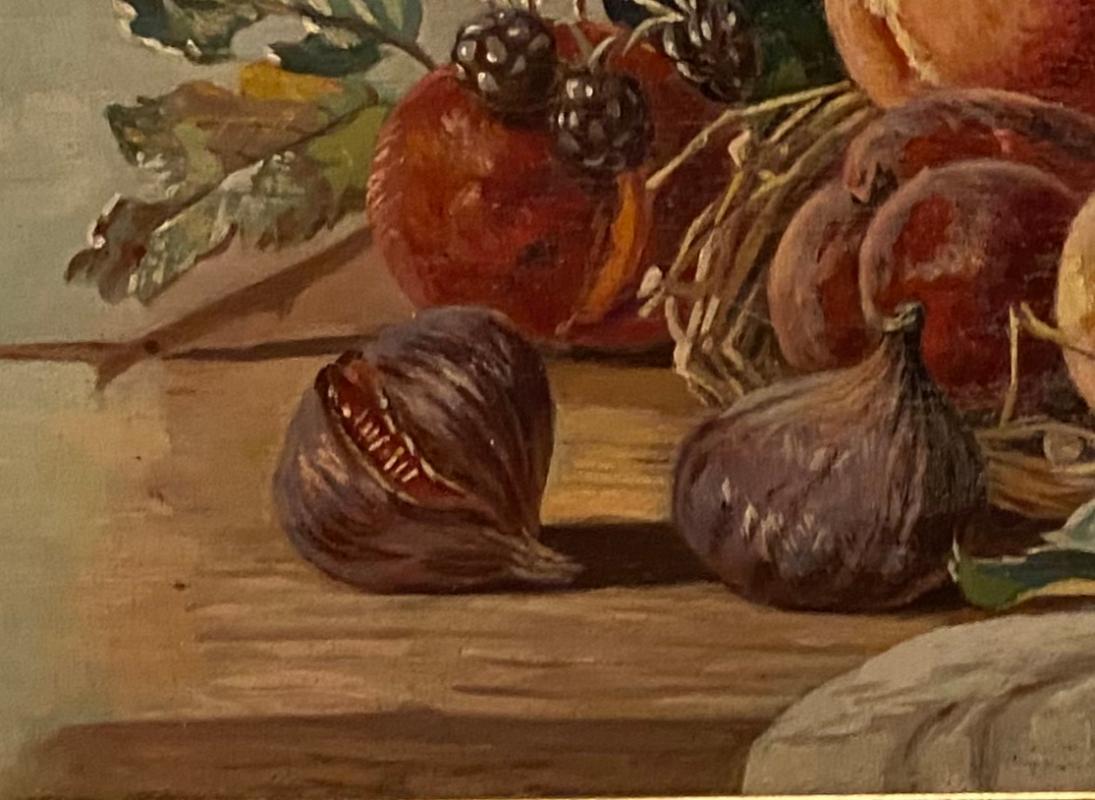 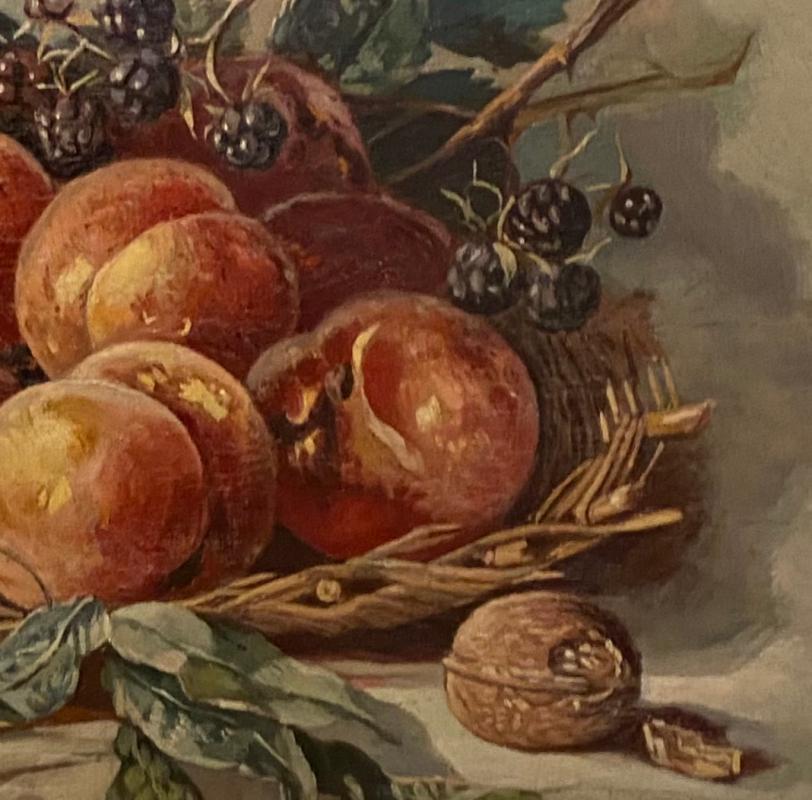 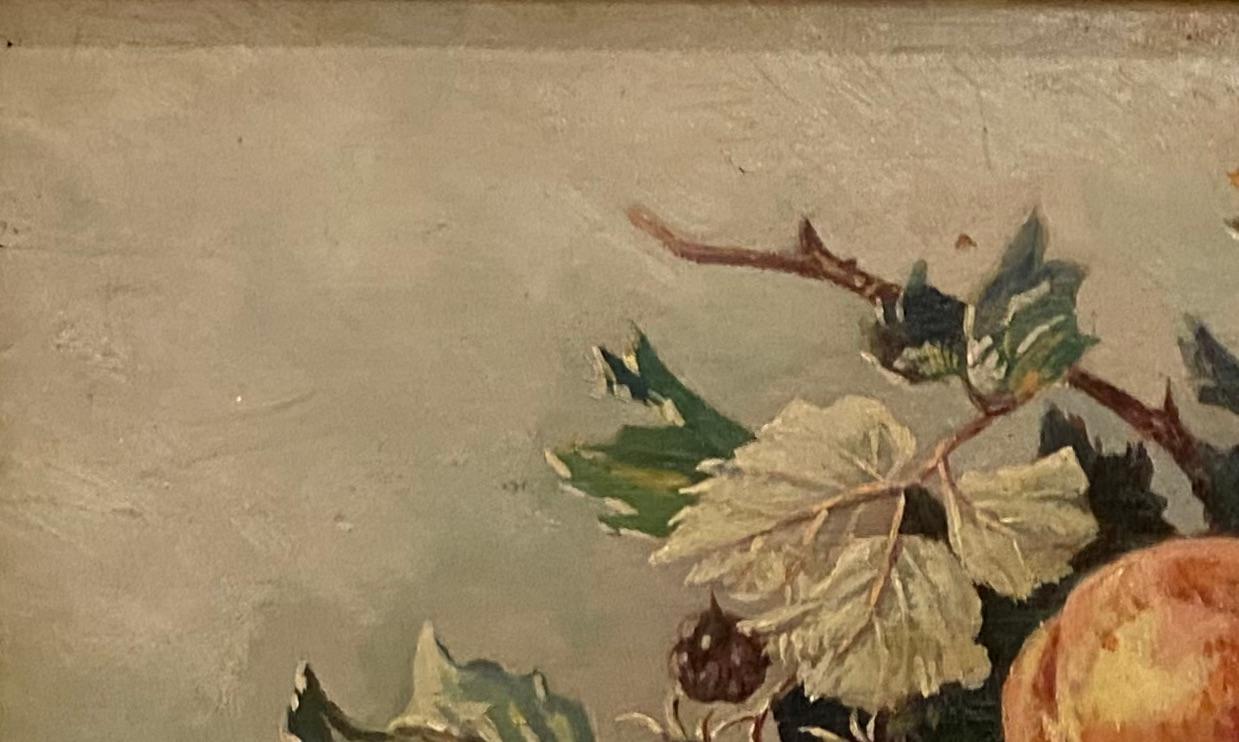 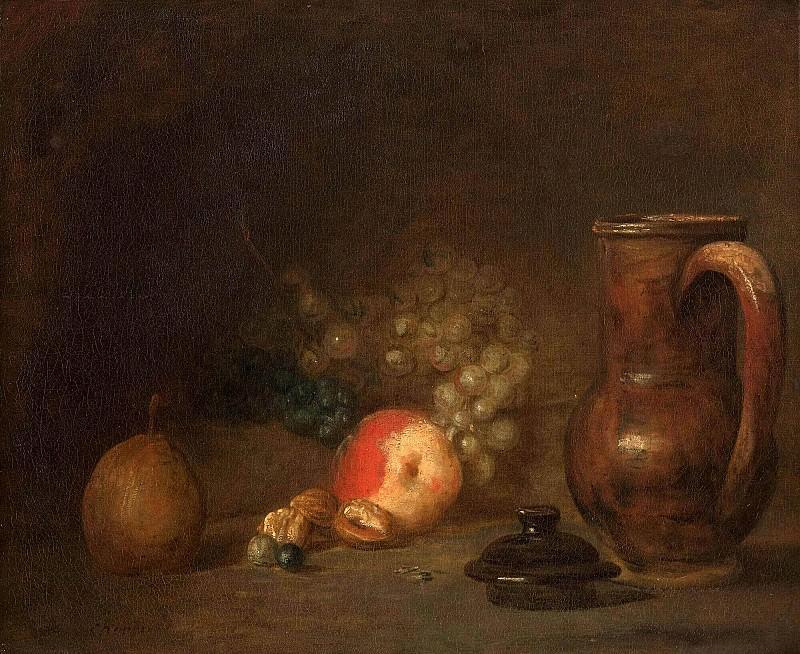 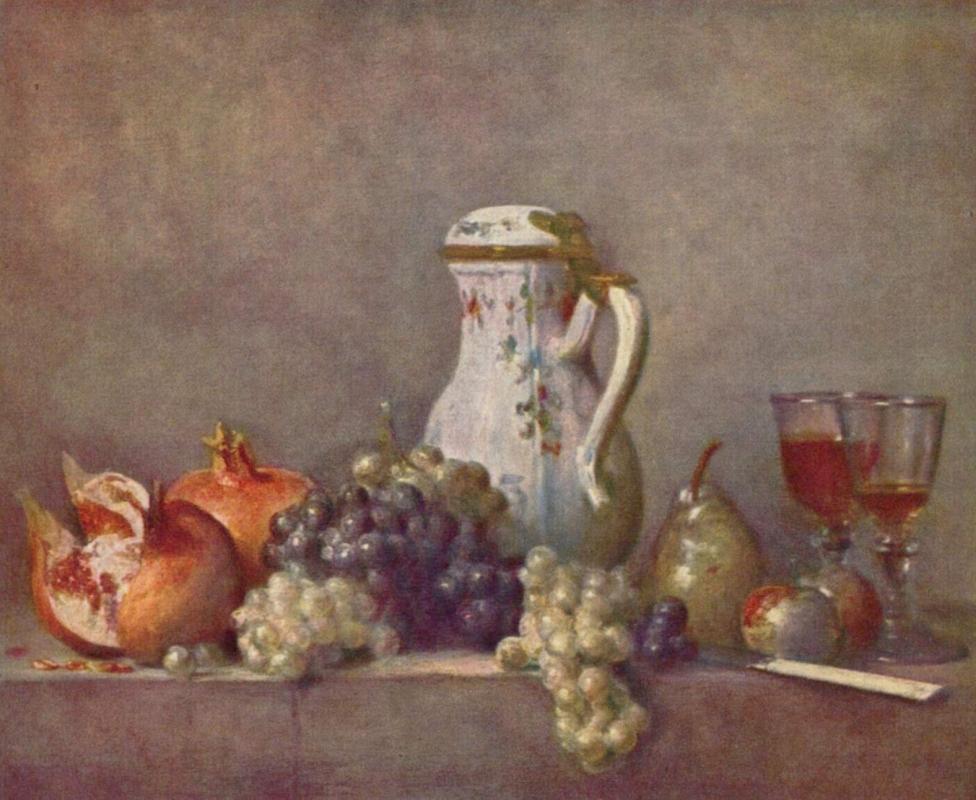 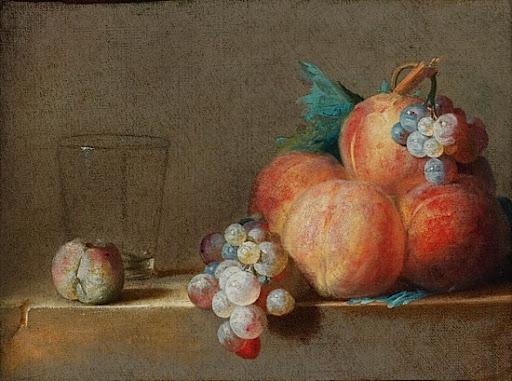 The 18th century to a large extent continued to refine 17th-century still-life formula, and the works became less prolific. One change was a new enthusiasm among French painters, who now formed a large proportion of the most notable artists. This original unsigned painting, Untitled Still Life Fruit (18th century) is a depiction of varied colour and form, displaying everyday fruits. The richness of the colours, simulated textures and feats of illusionism are achieved with the impression of a variety of edible objects. The work is painted in oils on mahogany board. The work reveals the influence of masters like Jean-Baptise Chardin (1699-1799) and Anne Vallayer-Coster (1744 -1818), as well as highly valued Dutch masters (See thumbnail images to view other works by Dutch Masters - Chardin and Valleyer-Coster)