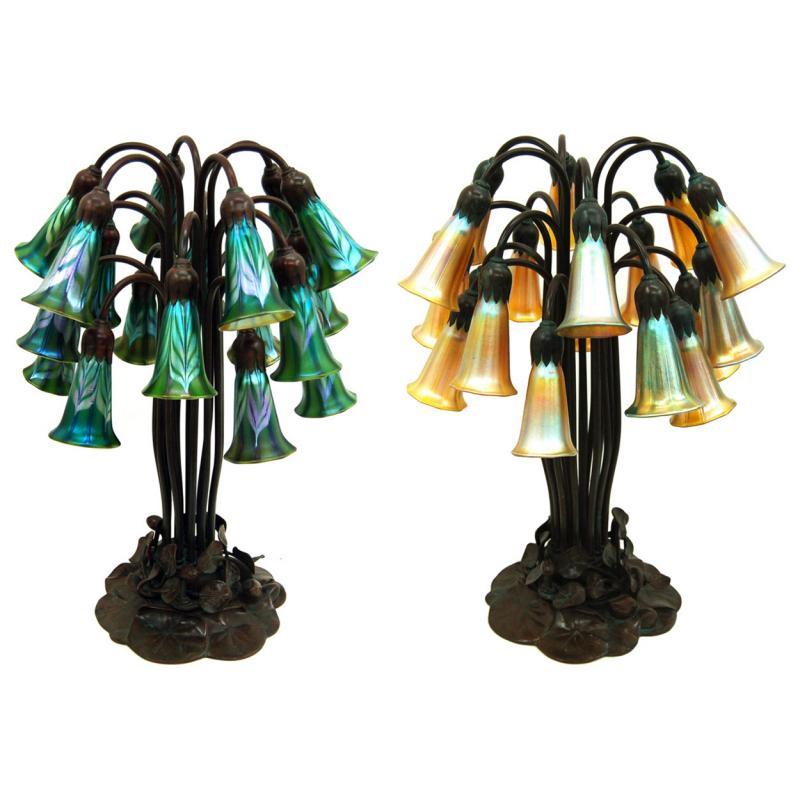 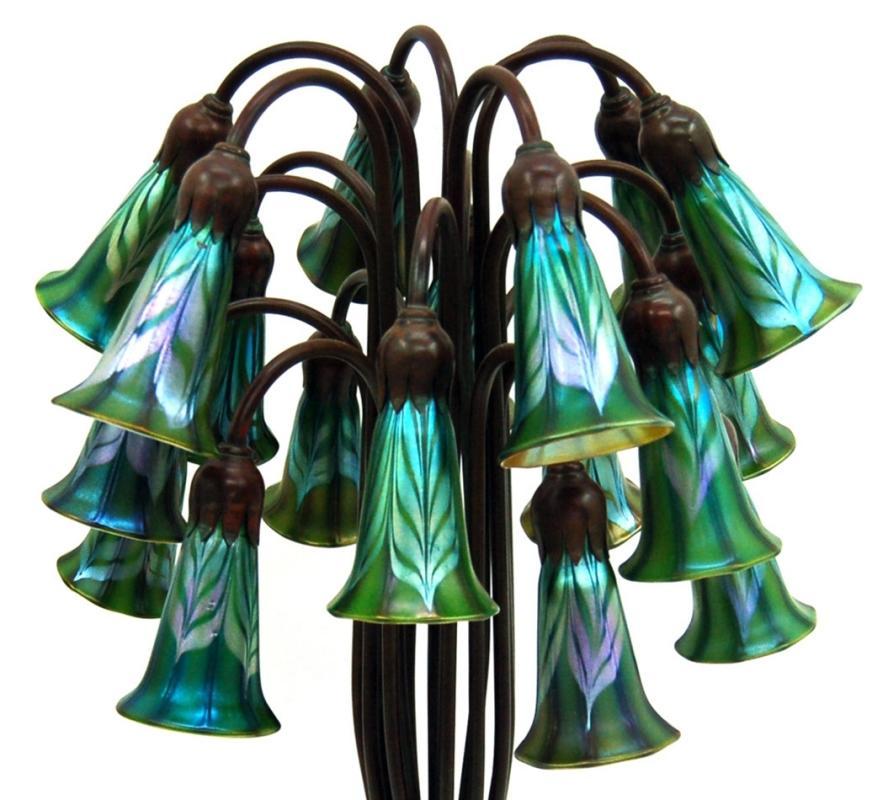 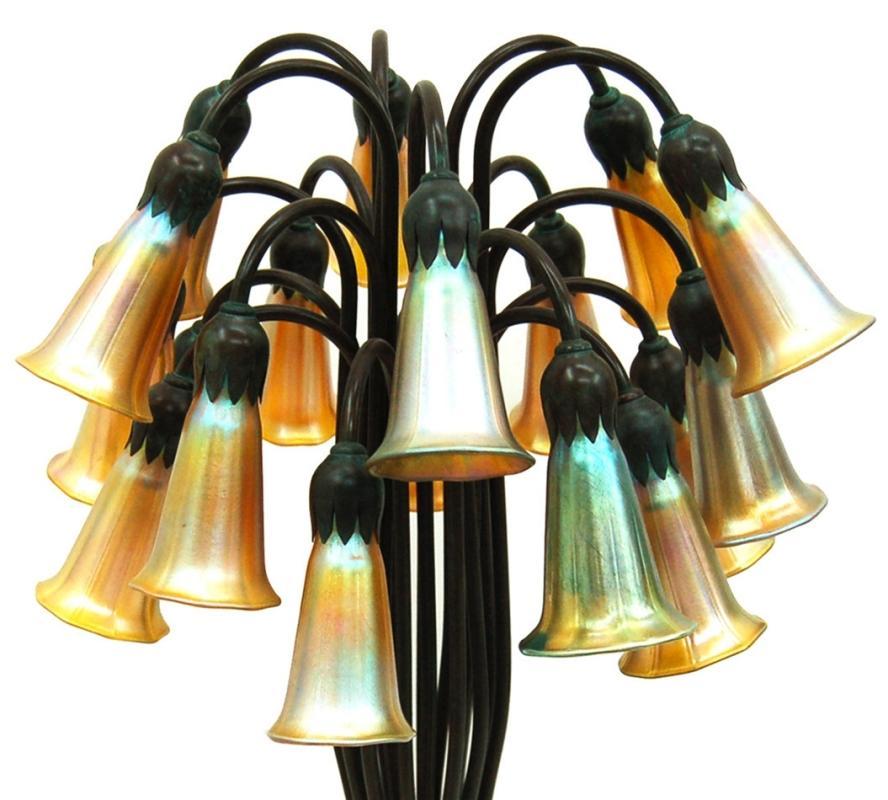 Tiffany Studios 18-Light Lilly Table Lamp. The beautiful patinated bronze base is formed with a border of large lily pads and buds all around, with a border of smaller lily pads above; tall sprouting branches with twelve (12) tubular stems, curling over at the top with its porcelain sockets and fitters in the form of stems at the very ends. All twelve (12) gold iridescent lily shades have a ribbed and trumpeted form with a wavy edge; shades are formed in a golden slightly opaque glass with a silver iridescent surface having hints of pink and blue. The shades are signed L.C.T. (One shade is cracked but not visible when installed in the fitter).
The base is signed Tiffany Studios, New York 382.