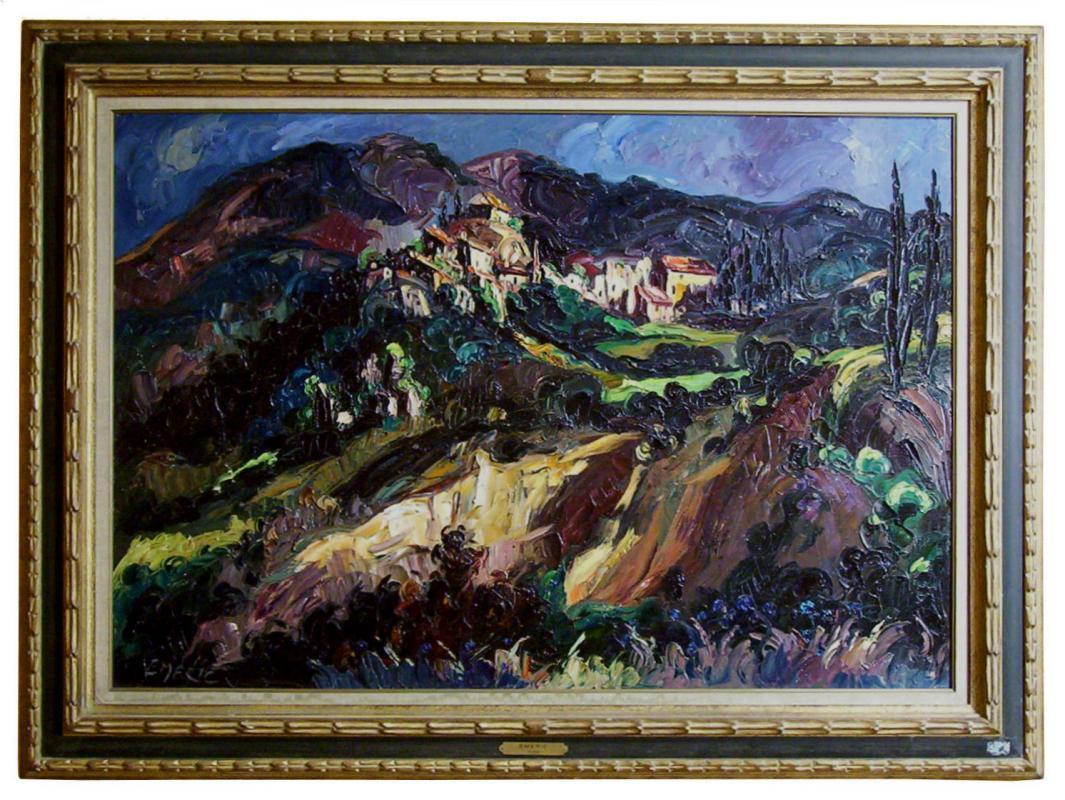 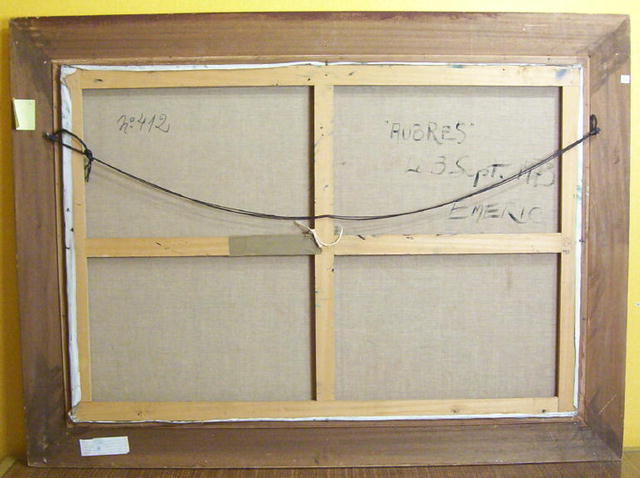 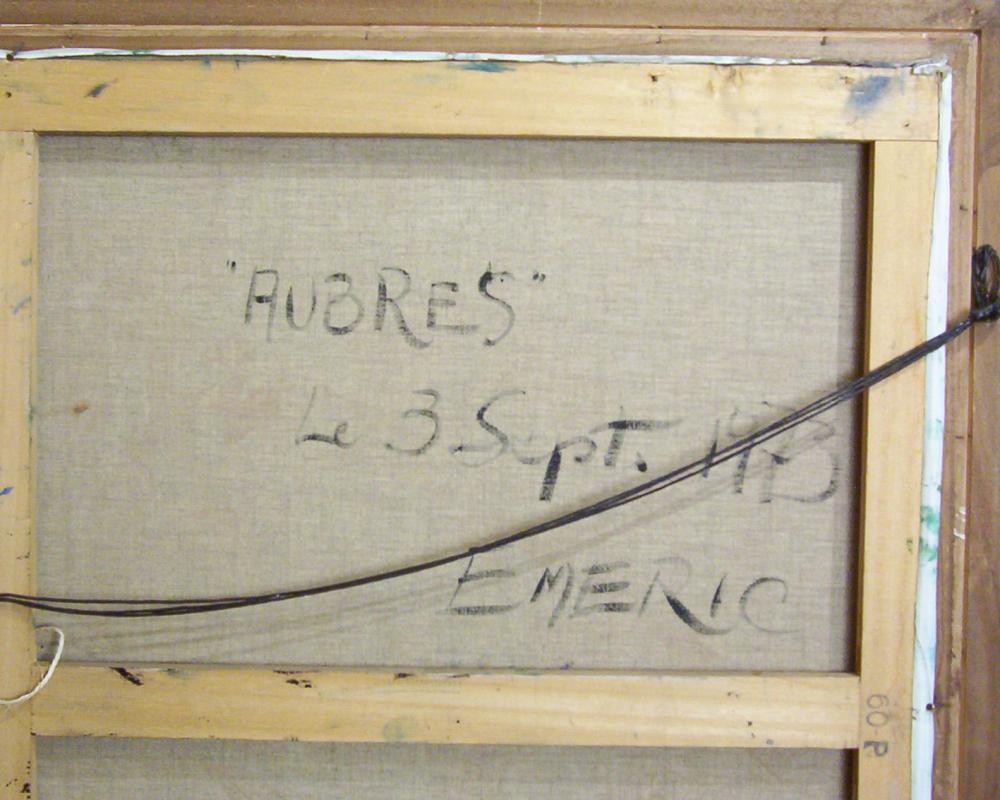 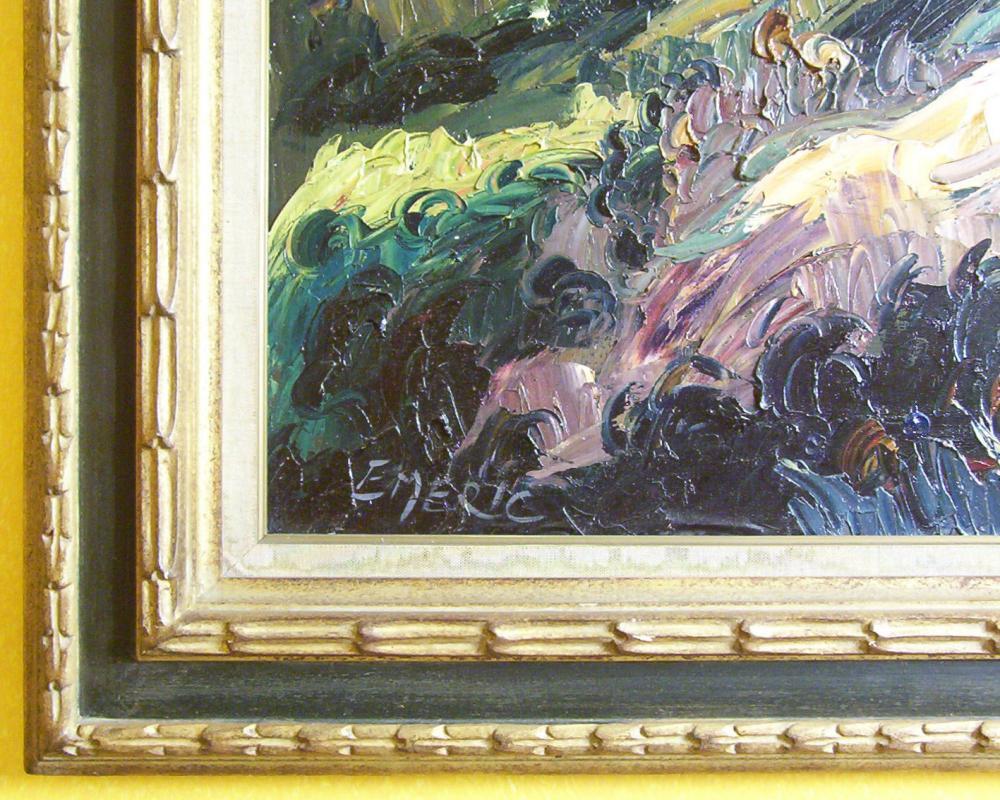 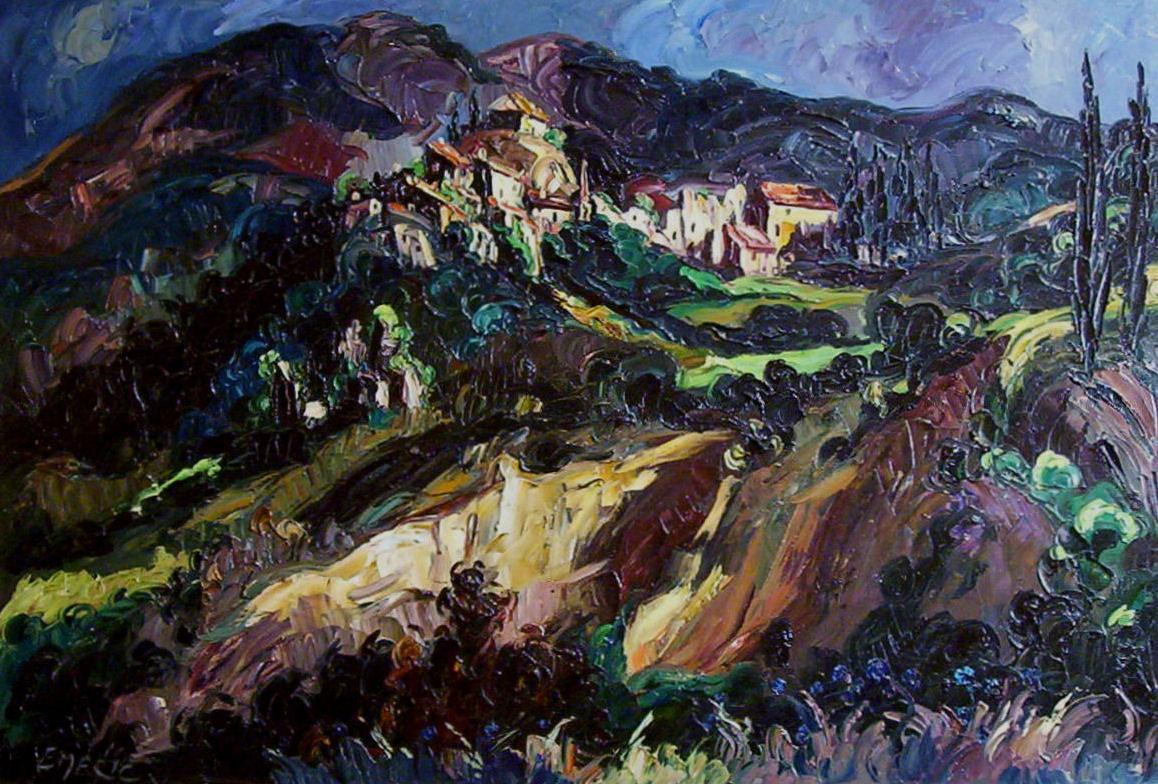 This large oil painting on canvas by the noted Hungarian painter, Emeric (1919-2012) was completed in 1973 and is entitled Aubres.  Frame measures 45.5" by 61.5" and canvas measures approximately 40" by 56".  Depicted is the old village of Aubres in Nyons, a town on the Aygues river in the heart of the Rhone valley south of Lyons. Signed by the artist on the front, and titled and signed on the rear of the canvas. This work was purchased directly from the artist and imported to the U.S. around 2000.  It is one of a handful of fine Emeric works we currently have for sale.

This particular painting was included in the Emeric retrospective exhibition held in 1992 by the Magyar Nemzeti Galeria (Galerie Nationale Hongroise or National Gallery of Hungary) in Budapest. It is shown on page 93 of the 104-page catalog from the exhibition, shown below.  In February and March of 2008, the Volksbank Galeria in Budapest held a major exhibition of his works. This event was a major success, and there is talk of another significant exhibition of his works to be held in the near future in Vienna Austria.

Eméric Vagh-Weinmann, known simply as Eméric, was born in Hungary in 1919, but made France his home at an early age. Emeric's praises are perhaps best sung by his contemporaries. The famous playwright Jean Cocteau called him"the realist of the soul". J.P. Crespelle described Emeric's rich landscapes and floral still lifes as "a breath of epic grandeur. We haven't seen anything like it since Kokoshka and Soutine." James M. Gavin, the American World War II hero and Ambassador to France, was a great admirer of the painter and helped Emeric introduce his paintings to several American cities from New York to Los Angeles. Jaqueline Kennedy in a 1962 letter to the artist stated: "It is plain to see why you are one of France's best liked contemporary painters. The President and I are very grateful to have this nice collection of your work..."