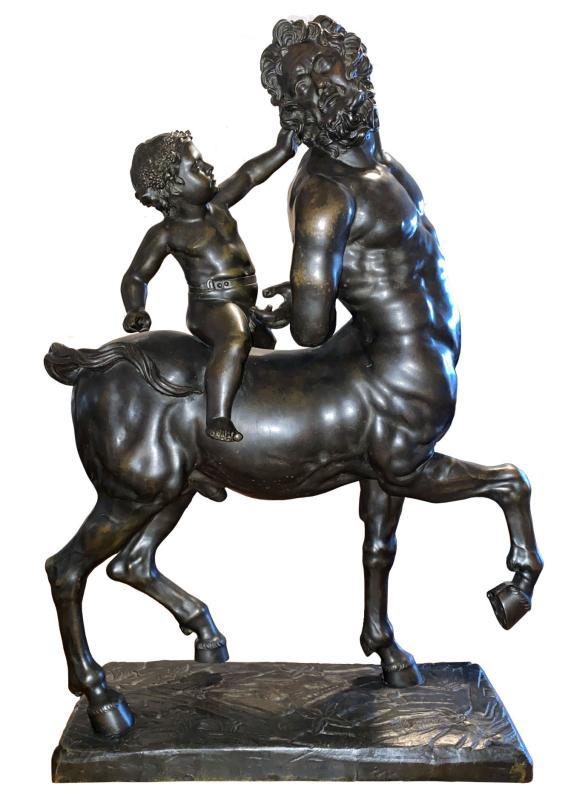 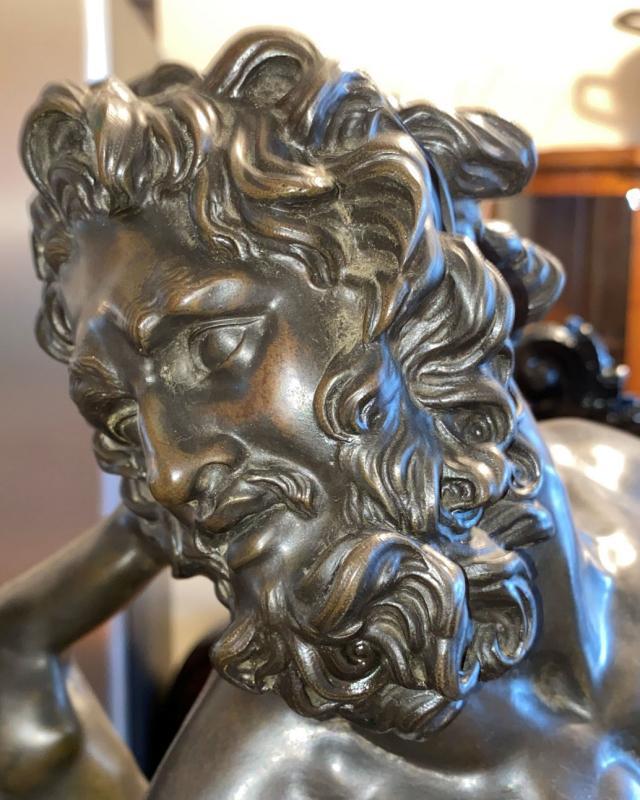 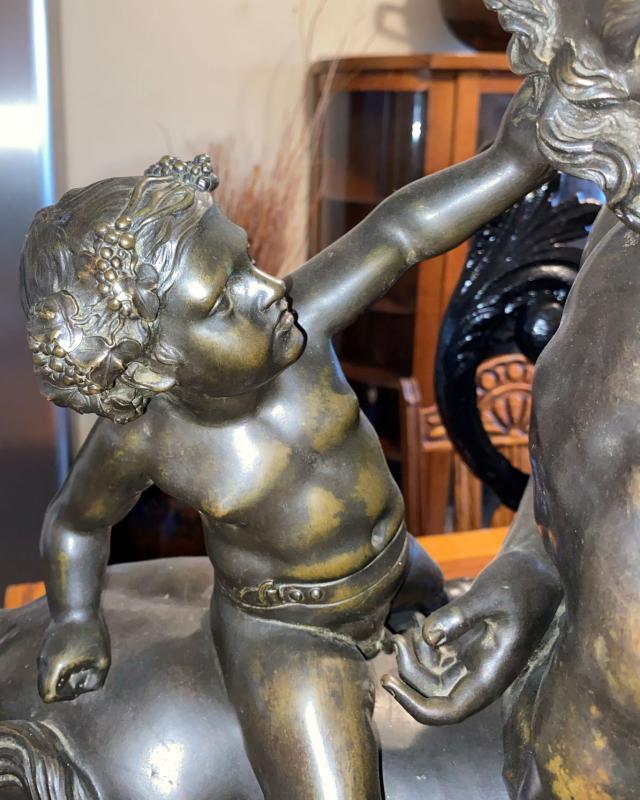 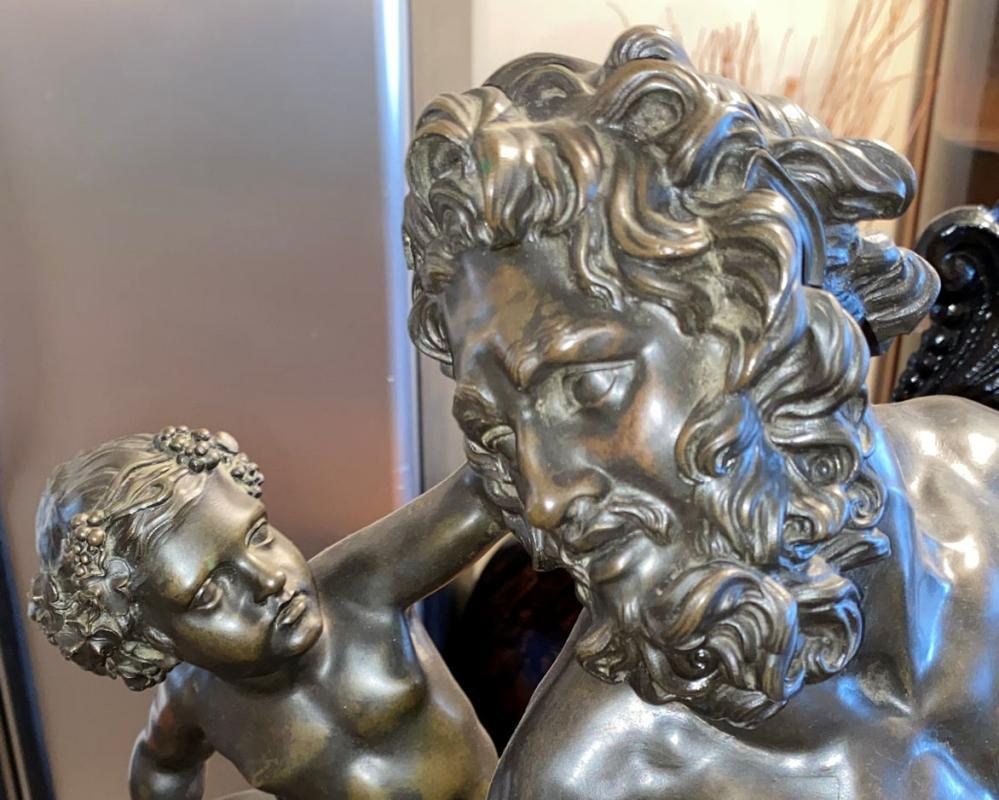 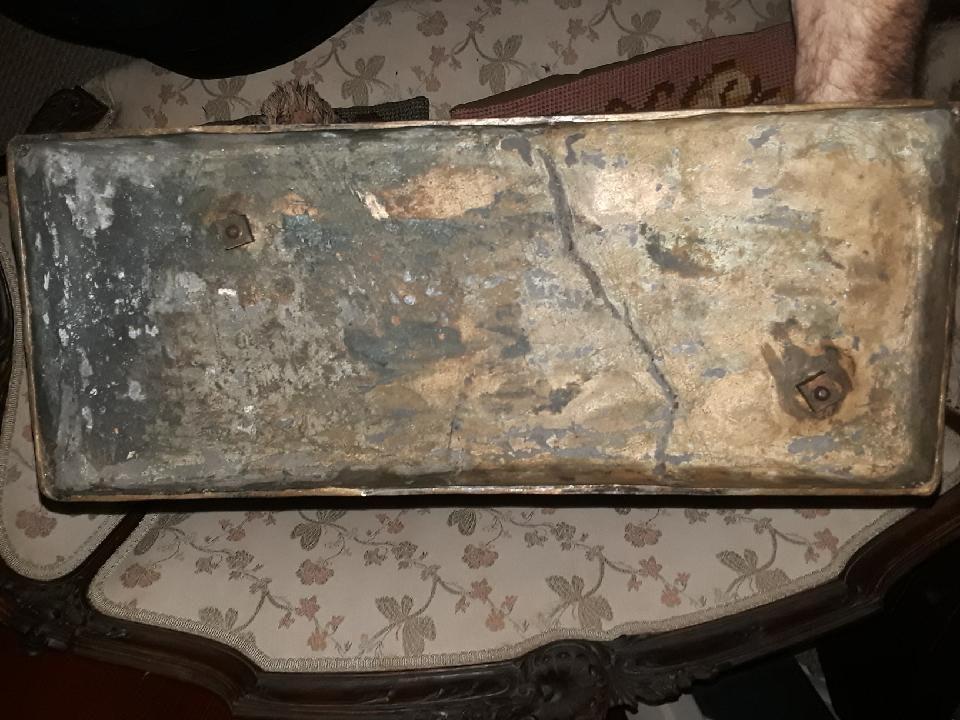 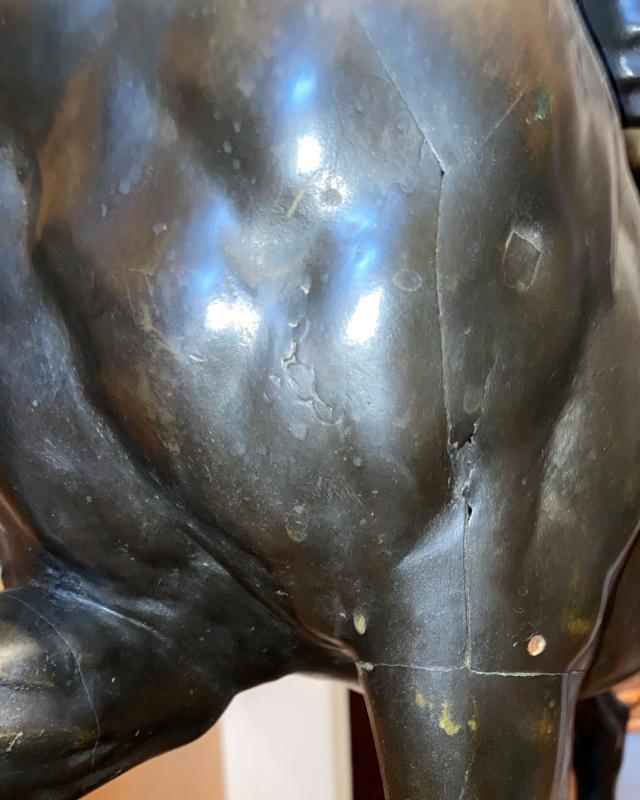 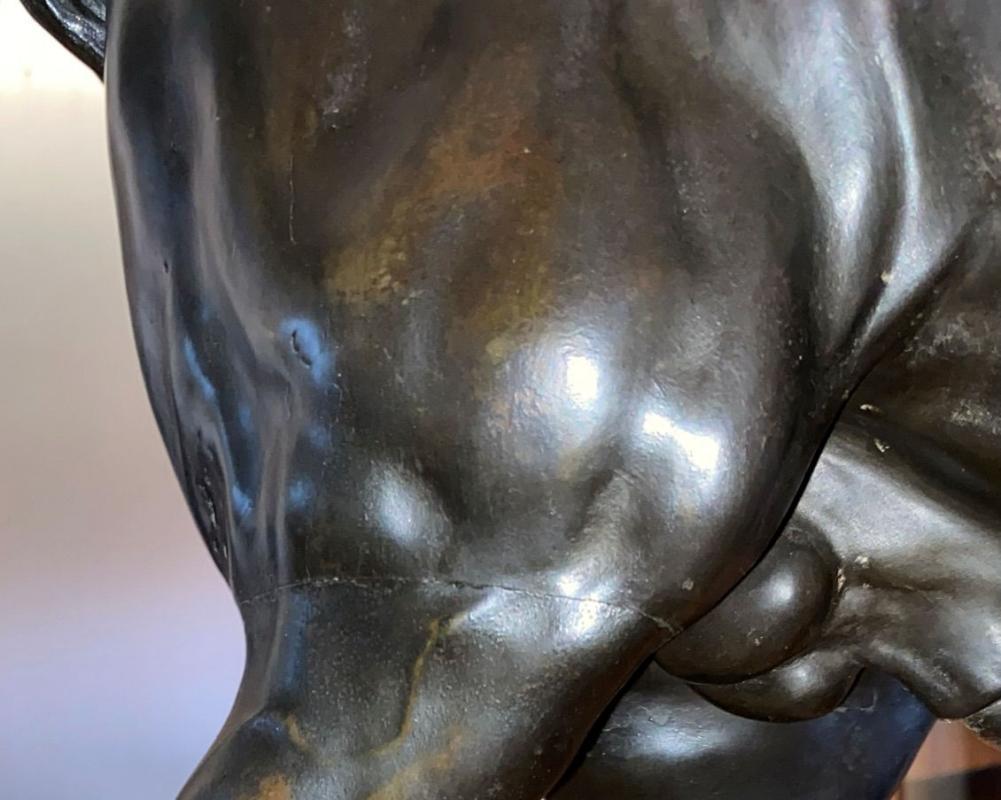 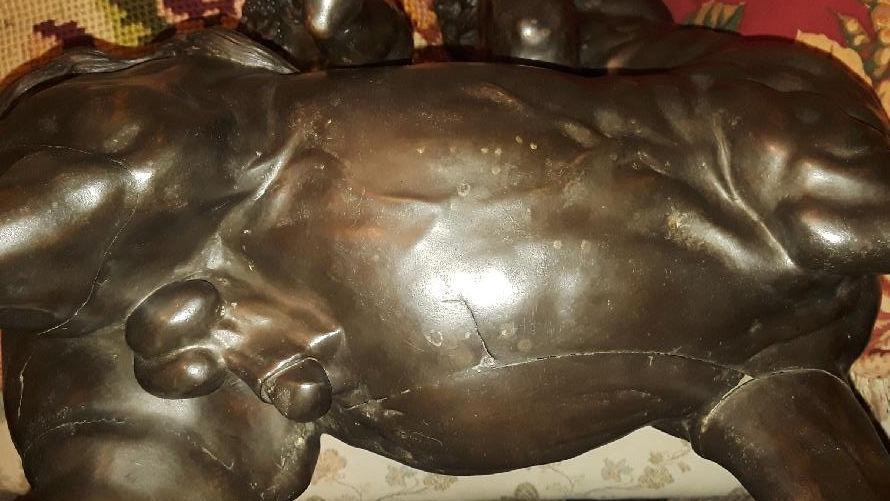 Our wonderful Grand Tour casting of the Centaur Tamed by Bacchus dates from the 19th century and measures 28.5 by 19 by 9 inches.  There is rubbing wear to the patina, scratches, nicks and surface dirt, with cracks and joints visible in our closeups.  Apparently unsigned.  The quality of the model, casting and finishing is very high.  It is one of the oldest and finest Grand Tour bronzes we have offered for sale in our 20 years in business.

This work from antiquity is also known as Cupid and Centaur, Centaur in Love and Centaur Nessus led by Love, with the infant figure sometimes depicted with Cupid's wings.   (See F. Haskell and N. Penny, Taste and the Antique - The Lure of Classical Sculpture 1500-1900, New Haven and London, 1981, p. 179, no. 21.)

As seen here, the centaur is depicted with his hands bound behind his back, ridden by the infant. The iconography of the group has remained open to interpretation across the ages.  It has either been regarded as the infant (Bacchus or Cupid) leading the bound centaur by the hair, or pacifying him with a symbolic touching of the head. Visconti suggests (Haskell and Penny, loc. cit. ) that due to the grapes and vines in the hair the infant must be Bacchus, who is often seen accompanying centaurs.

According to Christie's, the composition of this group is extremely close to that of the elder of the two Furietti centaurs discovered in 1736 and housed in the Musei Capitolini, Rome. Subsequent small-scale bronze versions of the centaurs were produced from the mid-18th century onwards, demonstrating the taste in decorative works of art and the revived interest in Antiquity. The Cupid and Centaur group, however, was discovered over a century earlier - circa 1600 - and, compared to the Furietti centaurs, was held in higher esteem for the quality of its carving and its iconography which showed the irrevocable strength of love over more base human emotions.