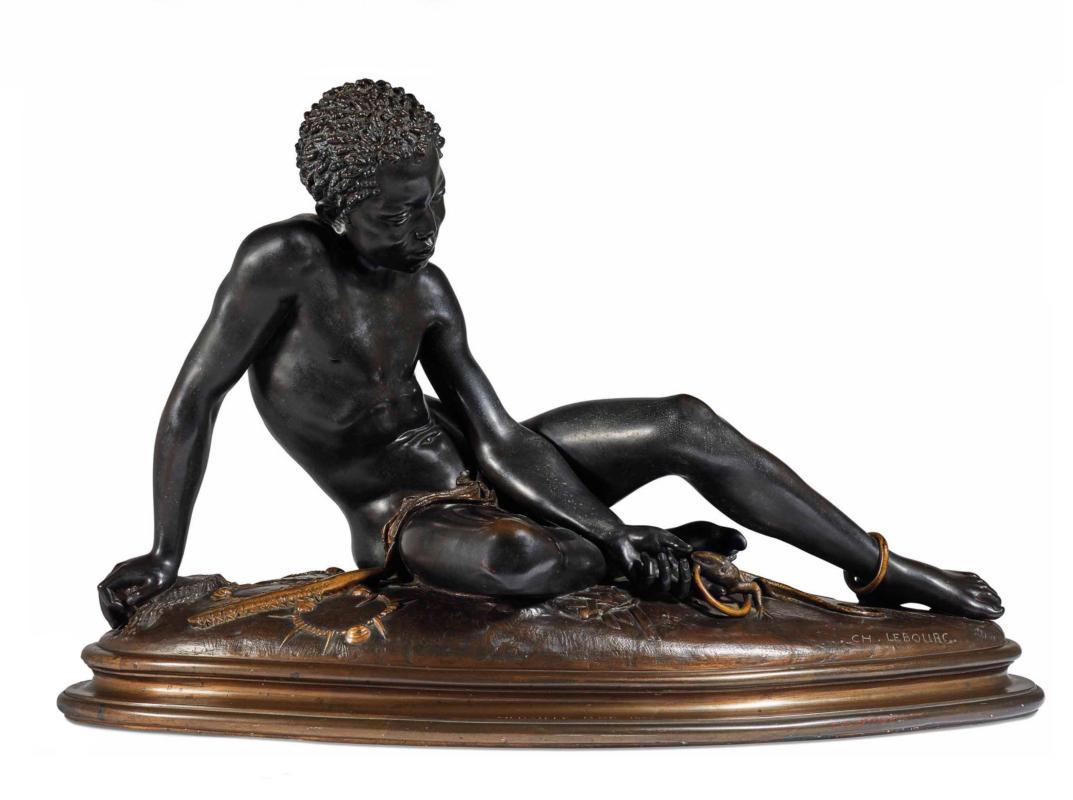 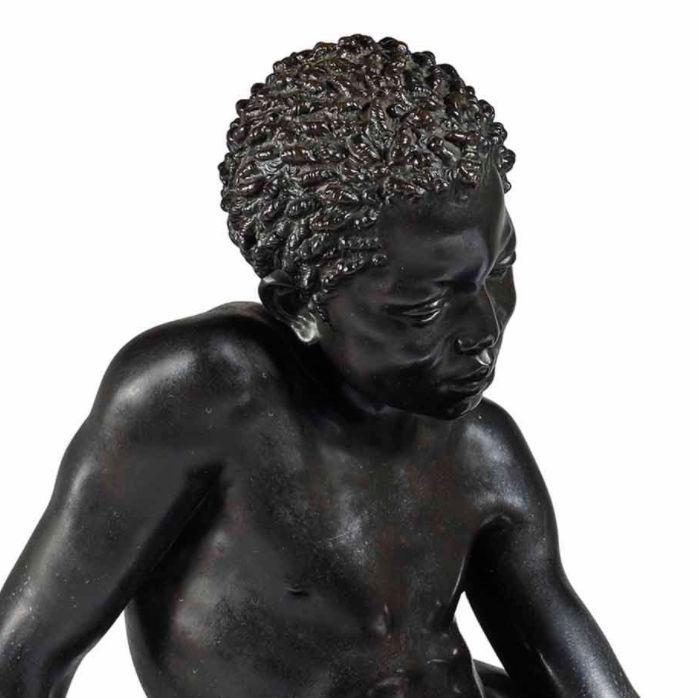 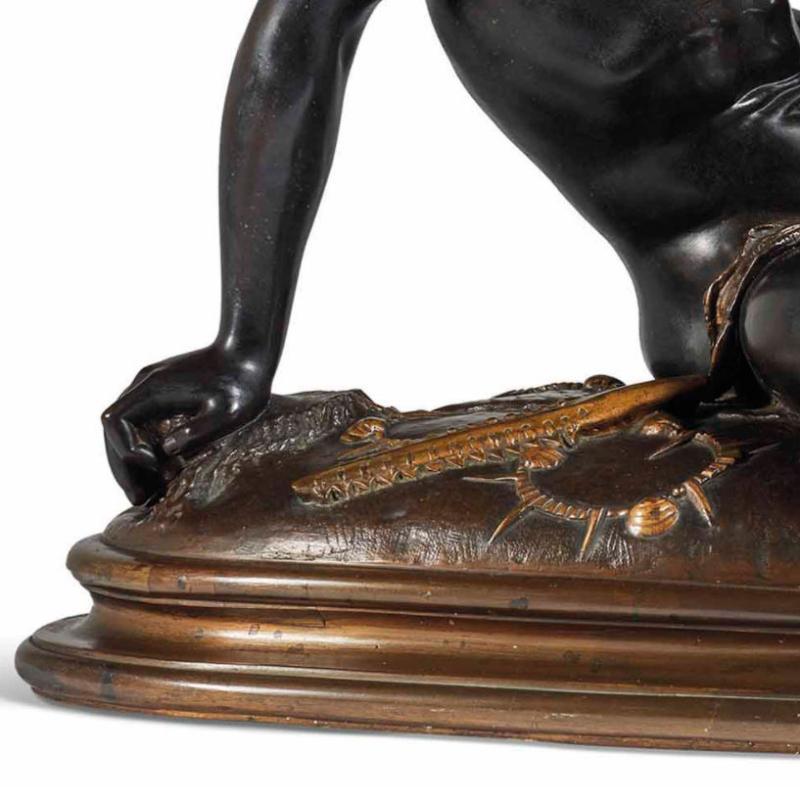 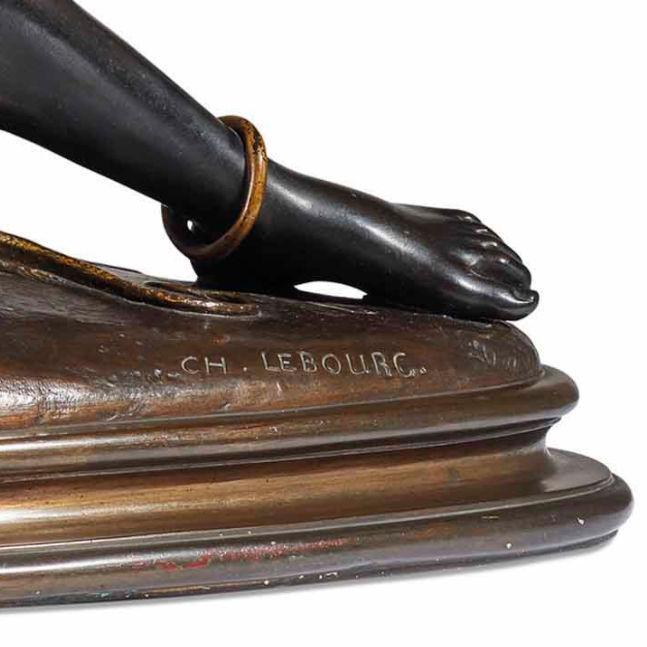 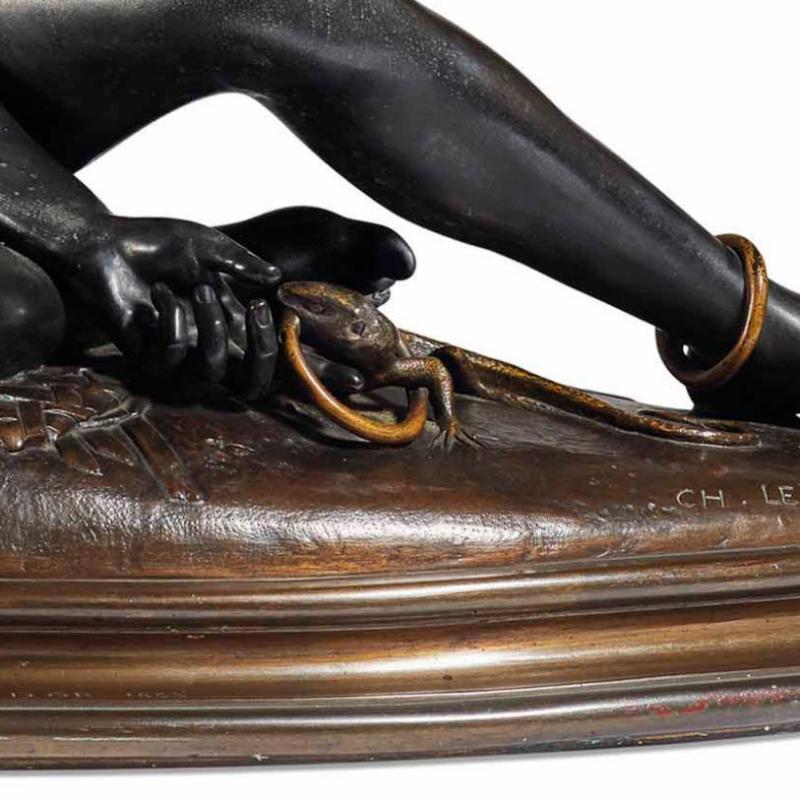 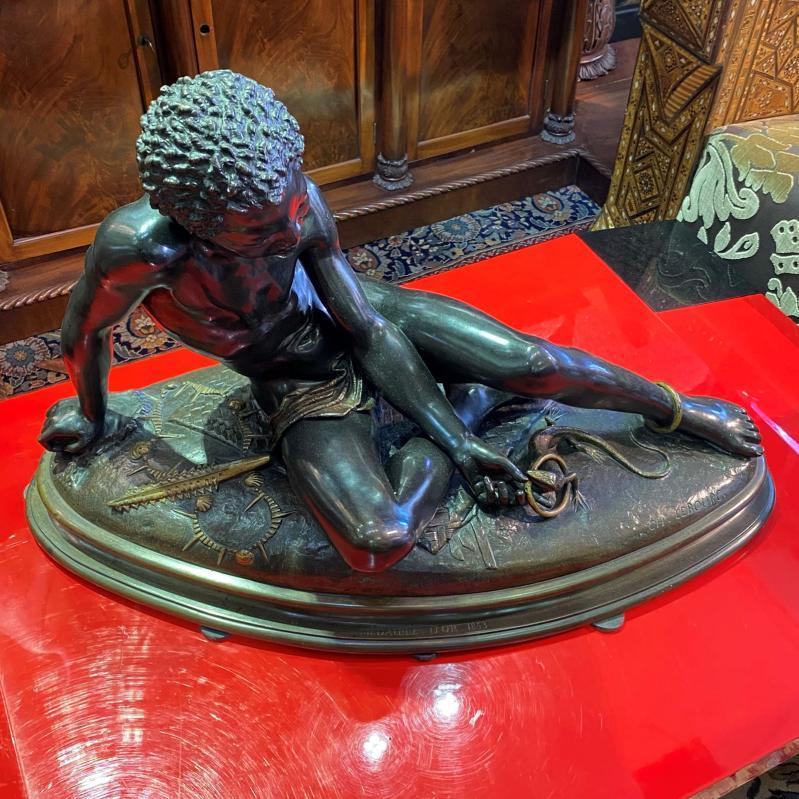 The original casting of this landmark work debuted at the Paris Salon in 1853, a year after his debut.  The work also won a medal at the Exposition Universelle in 1855.

The artist is known for the sculptural design of the Wallace fountains which can be found throughout Paris and in cities around the world. Following the destruction of Paris' aqueducts in the Franco-Prussian War, clean drinking water was scarce.  The artist was commissioned by a wealthy English patron of the arts who lived in Paris, Sir Richard Wallace, to design a fountain to address the situation.  Wallace funded the design, construction and installation of over 100 fountains across Paris beginning in 1872.

Lebourg's sculptures in bronze and marble won medals and achieved great recognition at the Paris Salon and World's Fairs throughout the second half of the nineteenth century.  The Musée d'Orsay and Musee D'Arts De Nantes have his artworks in their permanent collections.