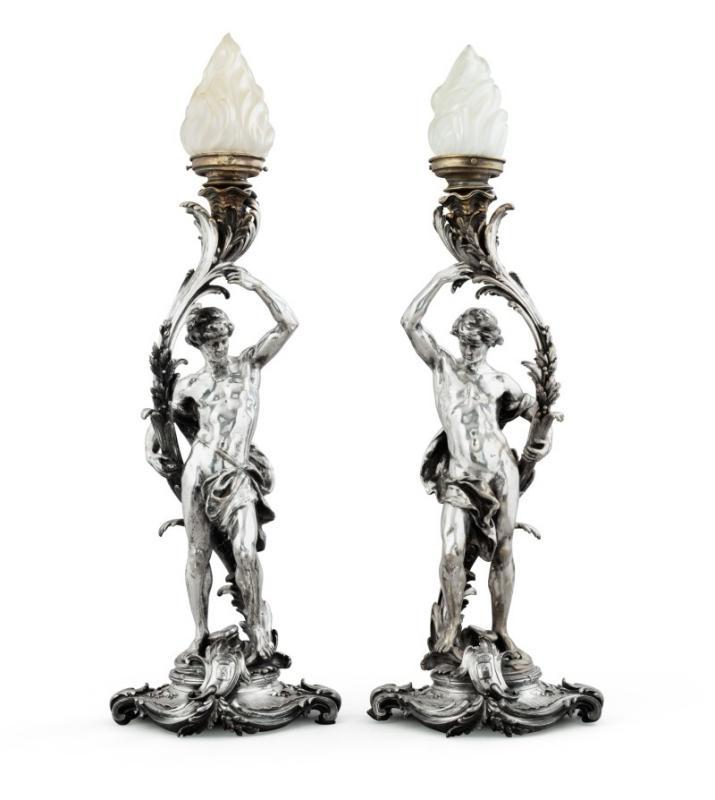 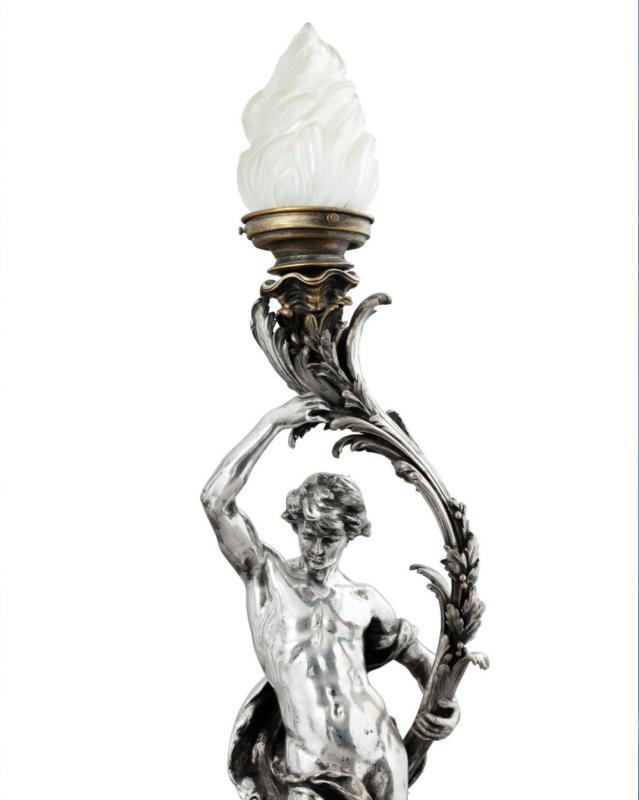 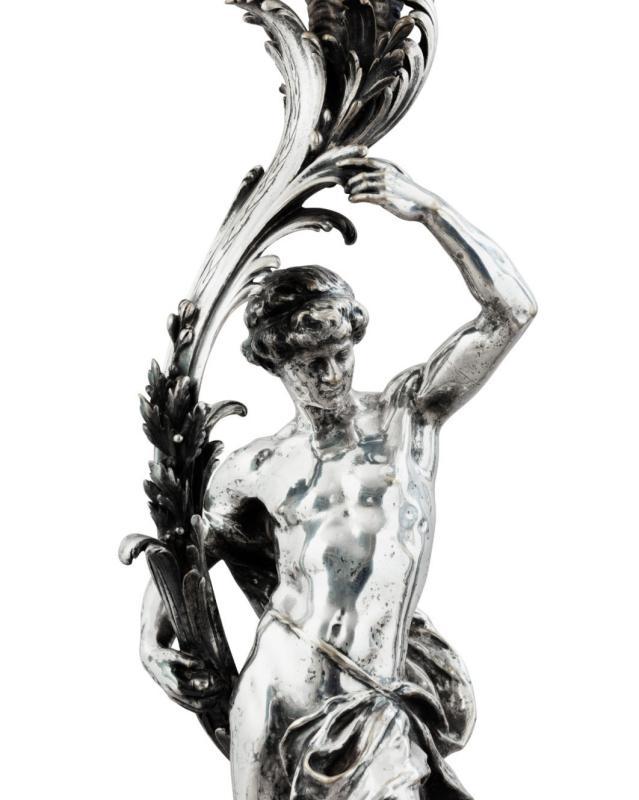 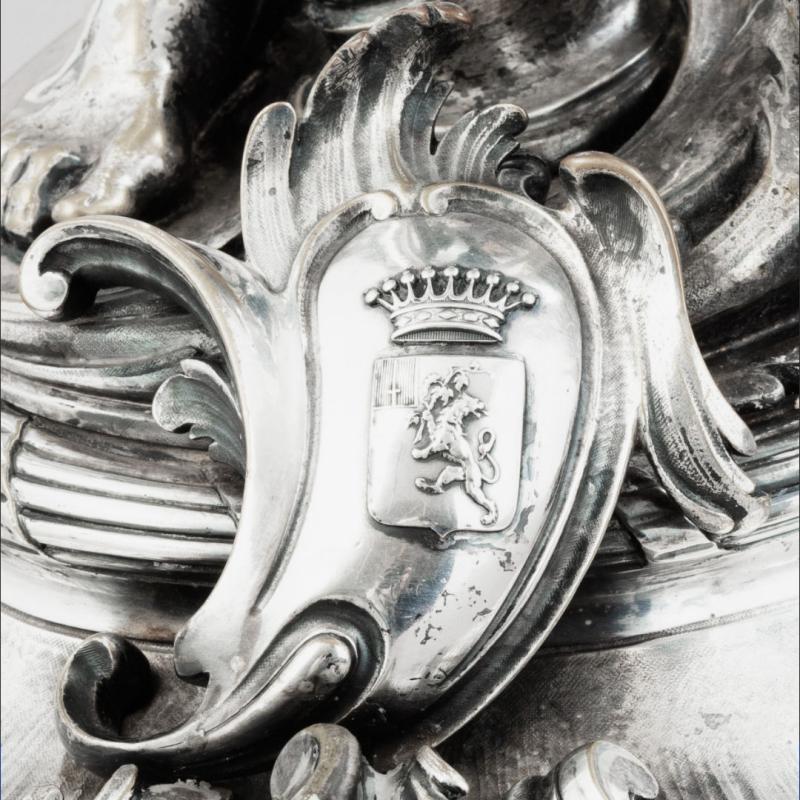 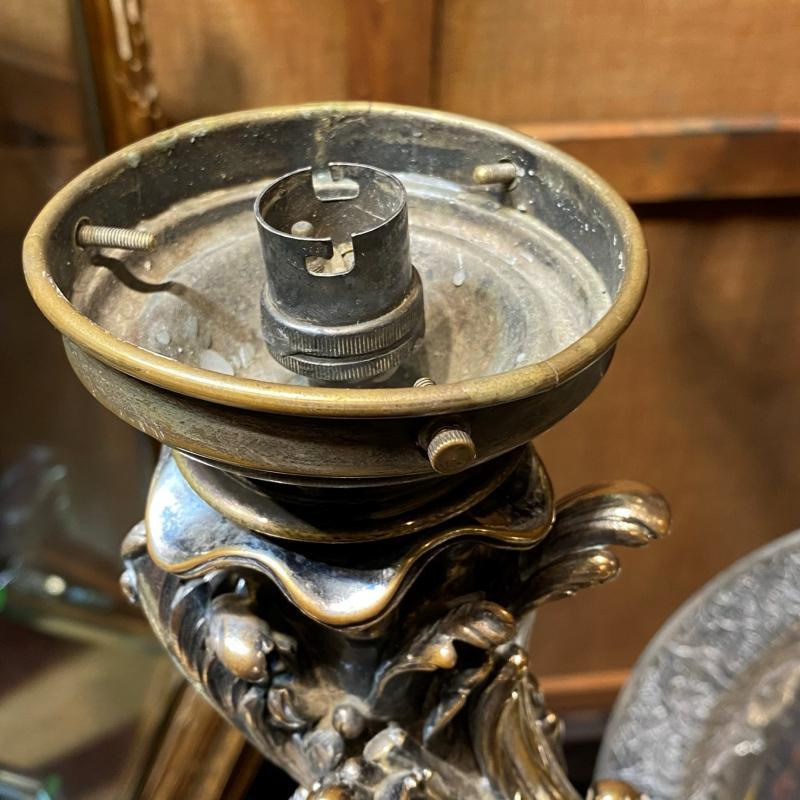 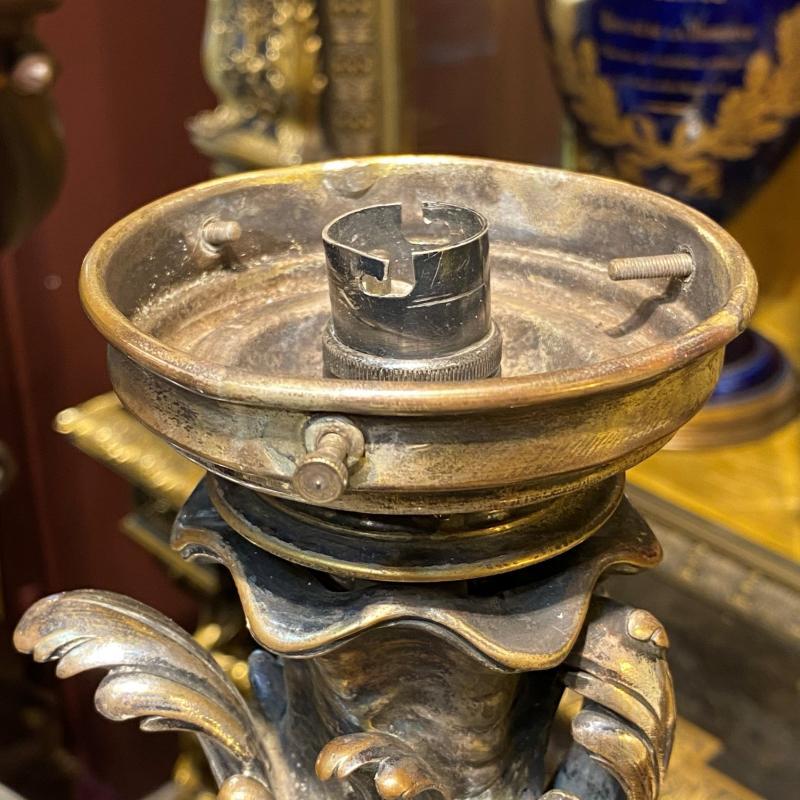 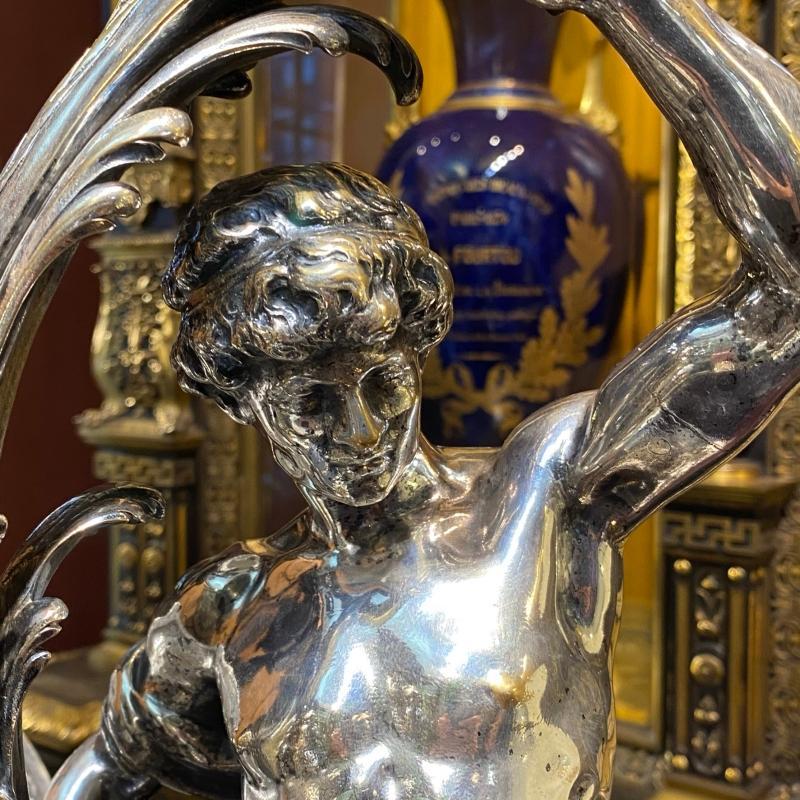 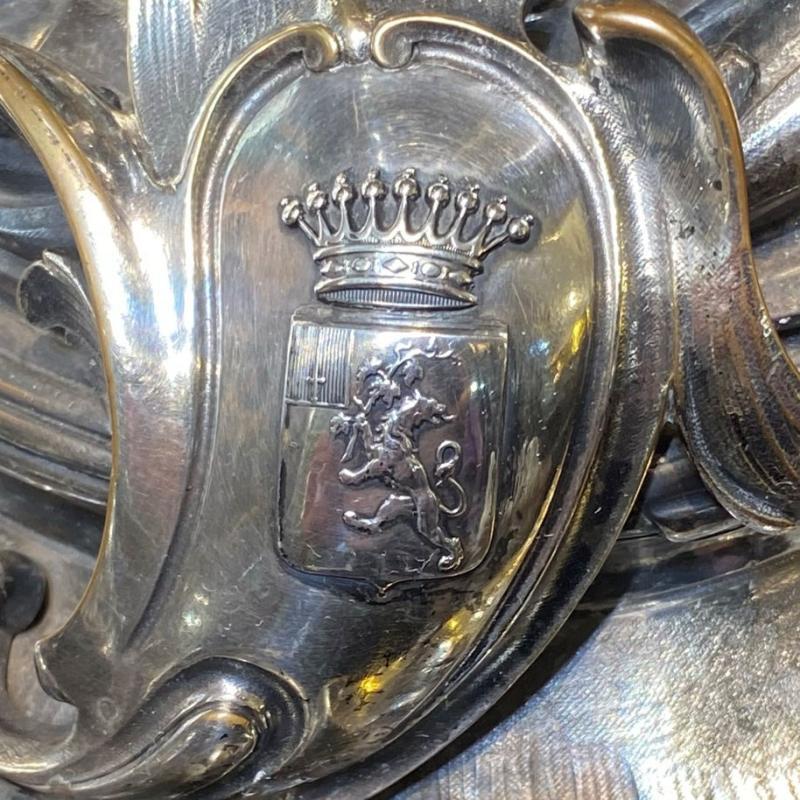 Our pair of large silver-plated bronze candle holders shaped as standing men come from Christofle of Paris and are modelled after a design from Mathurin Moreau and were commissioned for Count Philippe Vitali (1830-1909), Prince of St. Eusebio in 1907.  Each 34.5 in, 87 cm tall.

Each rests on a wavy terrace with foliage applied with armorial cartouche depicting a crown above rampant lion holding a sprig with sword in the upper left.  These motifs were incorporated into the Vitali family coat of arms (appearing in the upper right quadrant of the shield) in 1907 when Philippe was crowned Prince of St. Eusebio.  The figures hold a foliage branch-shaped torch with European standard sockets and later frosted glass shades shaped as flames.  Stamped under one foot 1600534, 1600533 and CHRISTOFLE.

(Sockets and wiring may be replaced for use here in the U.S.)

Provenance:  Sotheby's. (See below for the lot essay.)

According to the Christofle museum and as reported by Sotheby's, this model was created for the Universal Exhibition of 1889, as a ten-light candlestick.

These candleholders were made for Count Philippe Vitali (1830-1909), Prince of St. Eusebio in 1907. Coming from a very old Venetian family, his father moved to France in 1832 at the invitation of King Louis-Philippe. Philippe Vitali, born in Patras, Greece, obtained an engineering degree from Centrale in 1851,  and after getting married in 1857 to Marie Hortense Finet, daughter of a famous Belgian industrialist involved in the Belgian railways, founded in 1859 his own company, Vitali, Picard et Cie . His contracts included construction of the Sicily-Calabria railway and the Serbian state railways. In 1885, with several bankers, including the Rotschilds, he created the Régie Générale des Chemins de Fer et des Travaux Publics which had a strong presence throughout the Ottoman empire.

In 1867 Philippe Vitali acquired the imposing Château de Vigny in the Val d'Oise which he restored at great expense.  In 1886, he acquired the Hôtel de Gunzburg, 7, rue Tilsitt, overlooking the Place de l 'Etoile and which is known today as the Vitali hotel.

The links between the Vitali and the Côte d'Azur grew from 1894 when Philippe acquired the Villa Fiorentina in Cannes, and it is probable that these large torches were commissioned for this villa.

Shortly after, their daughter Thérèse, Countess of Beauchamp, became the owner of the Villa Fiorentina, and then, in 1919, the famous Villa Léopolda, both located in St Jean-Cap Ferrat.