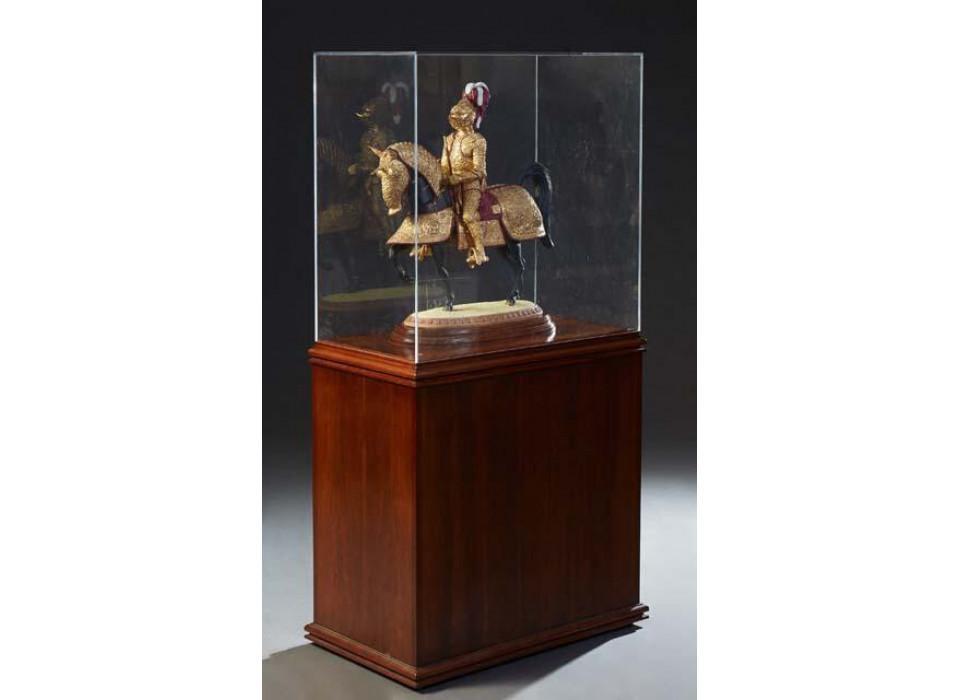 Richard Sefton, Large English Fine Bone China Figure of a Knight on Horseback by Richard Sefton is entitled Saxony.  It dates from 1987 and is number 4 from a limited edition of 15.  Presented in a plexiglass case on a custom-made carved mahogany stand.  The figurine stands 24 inches tall and the stand measures 33 inches tall, 32 in wide and 18 in deept.

Connoisseur of Malvern was opened by Diane and Terry Lewis in 1979 shortly after leaving the Boehm of Malvern studio.  They produced porcelain objects of the finest quality in both open and closed editions until their closure in 1995.