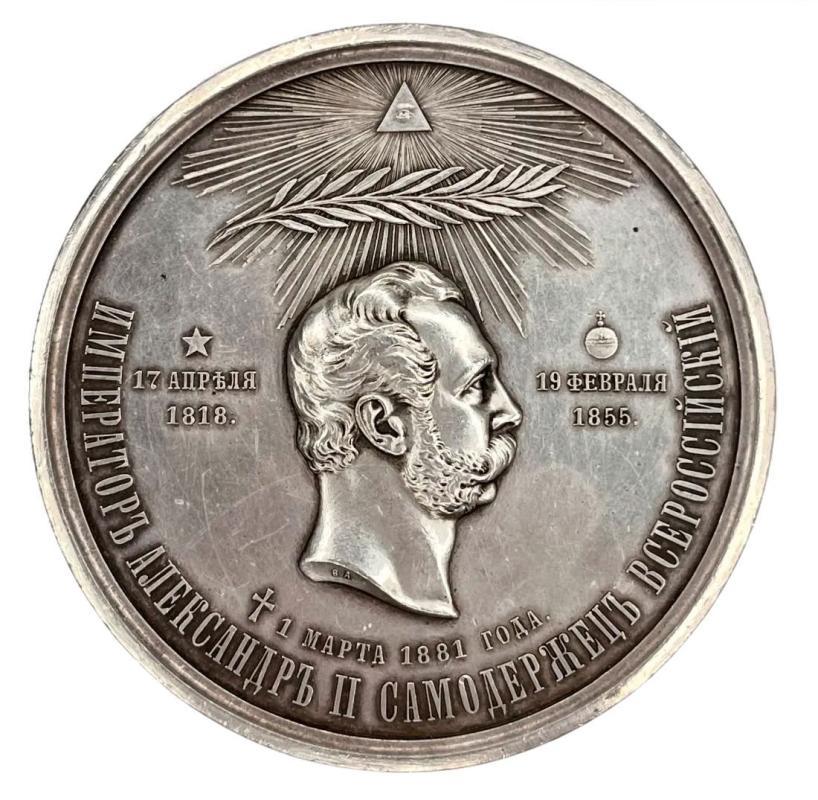 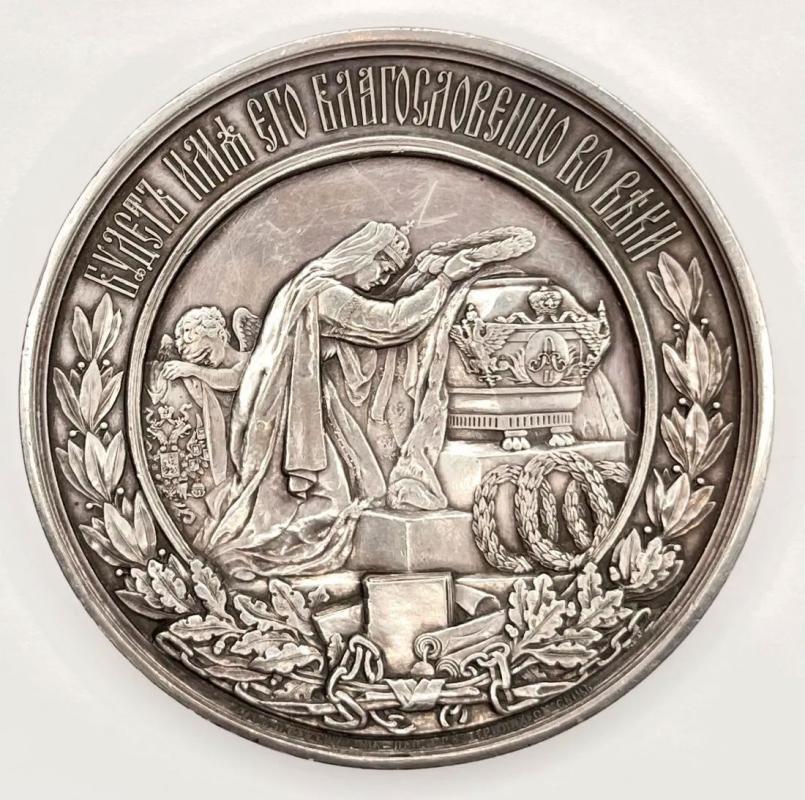 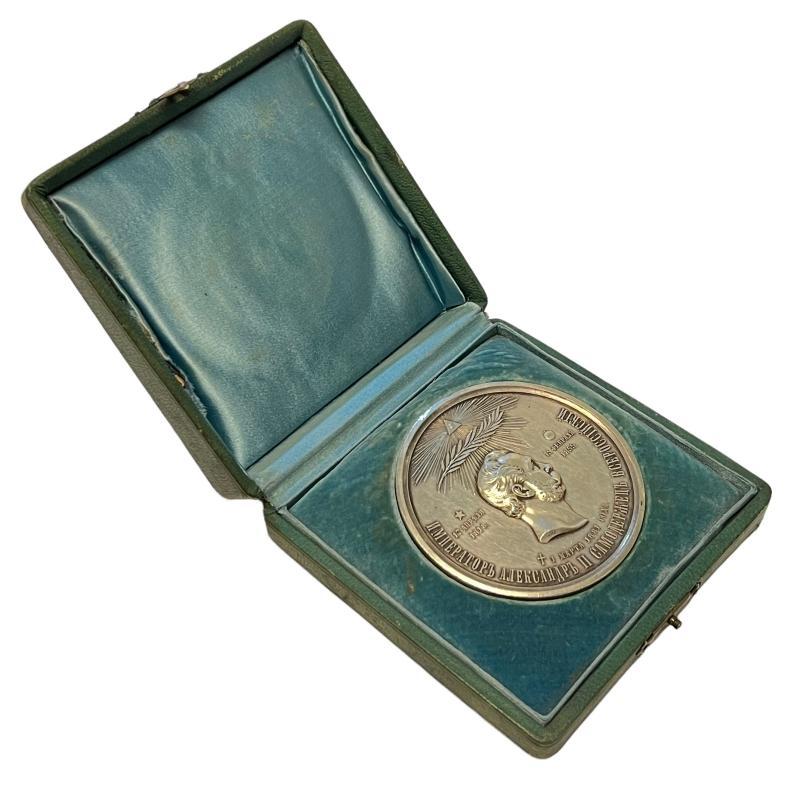 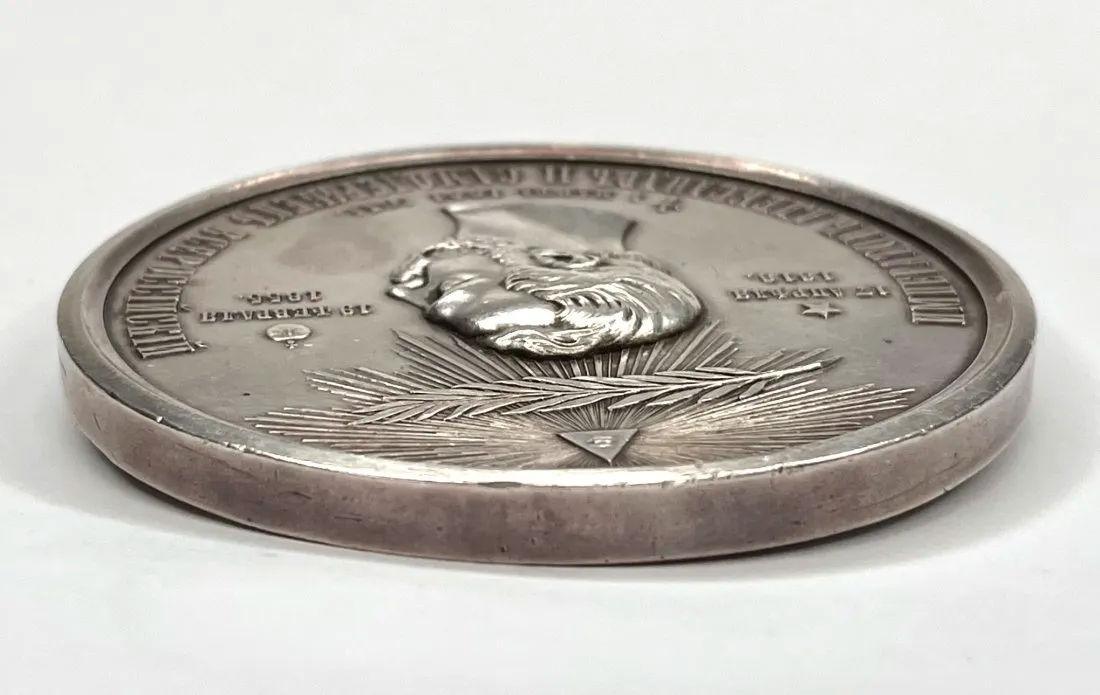 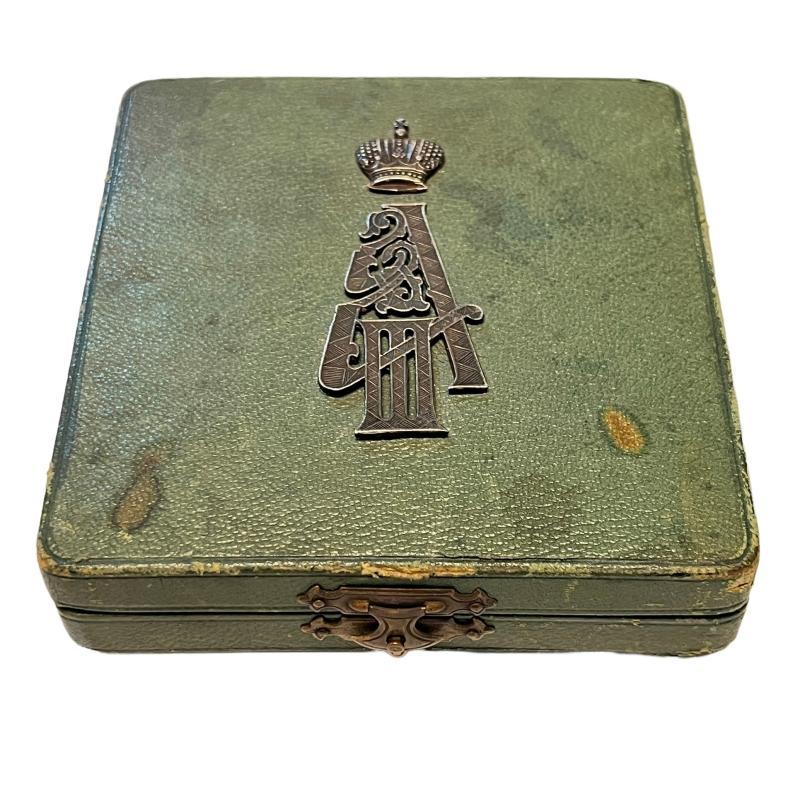 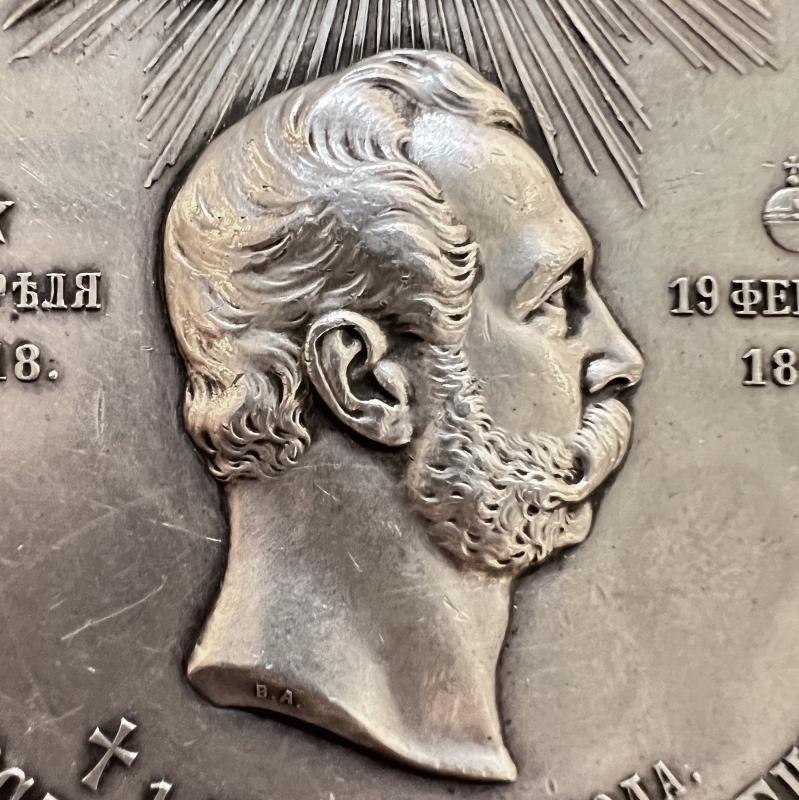 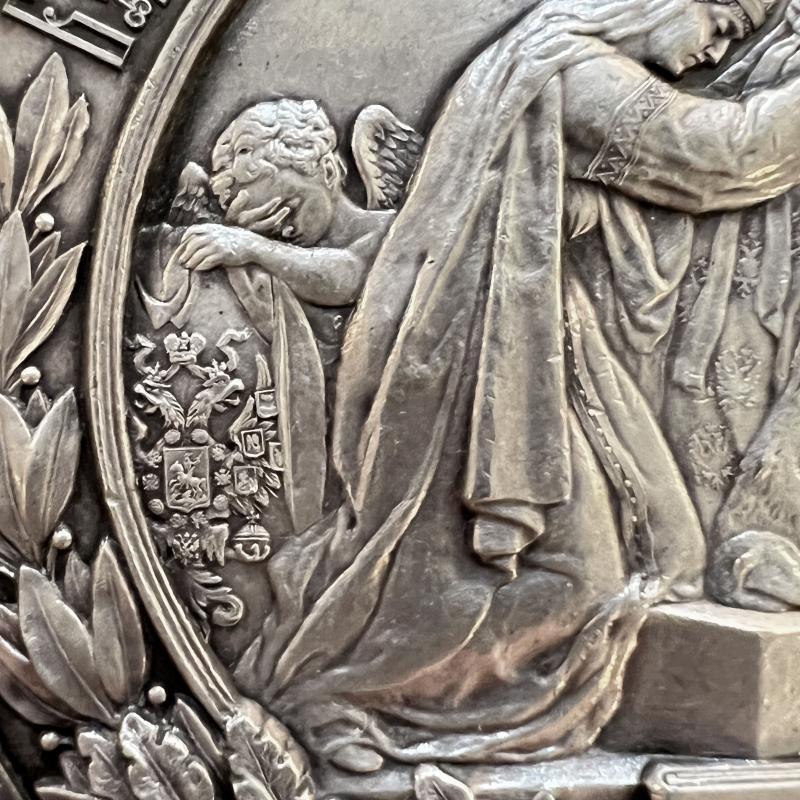 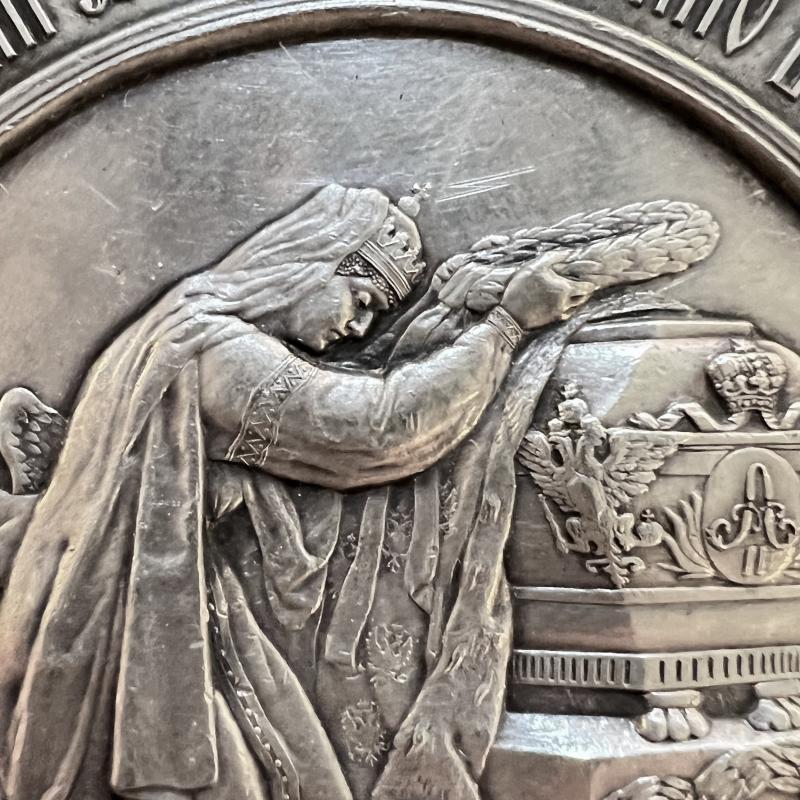 Our Russian medal memorializing the death of Alexander II with its original gift case decorated with the insignia of Alexander III, was produced in 1881 by Nicolai Vasilievich Alexeev (Moscow 1896-1908) with dies engraved by Avraam Griliches (1849-1912), and features illustrations by Vasily Petrovich Vereshchagin (1835-1909).

It measures 3 inches (7.6 cm) in diameter and comes with its original presentation case.  The medal depicts the emperor with the eye of providence above, and on reverse a female laying a wreath on his sarcophagus covered with mantle with a mourning angel to the left supporting a shield with the royal coat of arms.

On the obverse (depicting the Czar) it reads in Cyrillic, Emperor Alexander II Autocrat of All Russia.

On the reverse it reads in Cyrillic, Let His Name be Blessed for Centuries.  In very small Cyrillic at the base it reads Designed by V.P. Vereschagin, sculpted and engraved by Griliches Jnr.

Mark of the silver maker, Nicolai Vasilievich Alexeev (Николай Авраан Васильевич) in Cyrillic, "В.А" seen on the base of the bust.