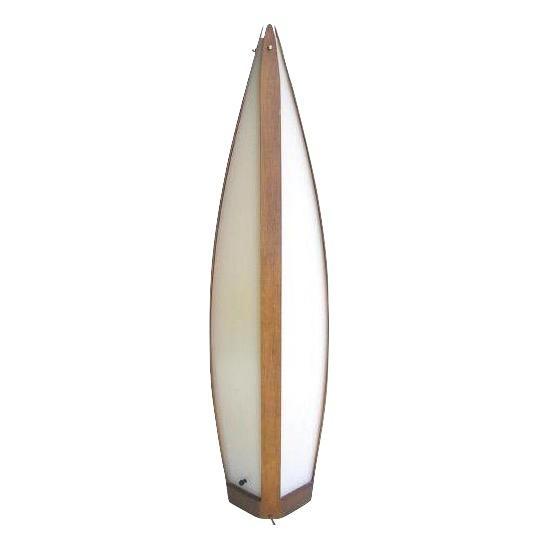 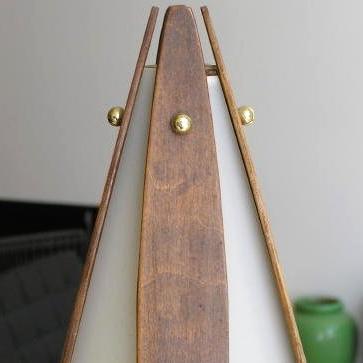 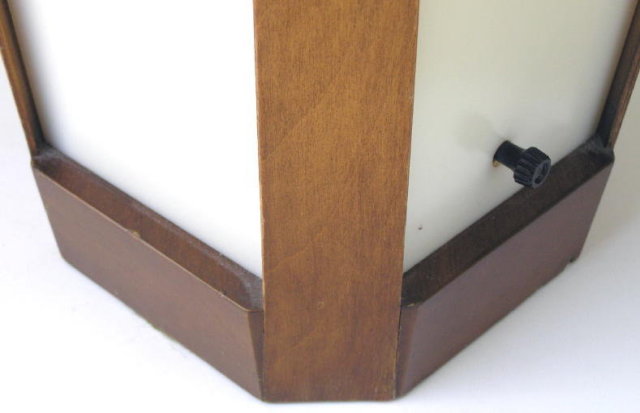 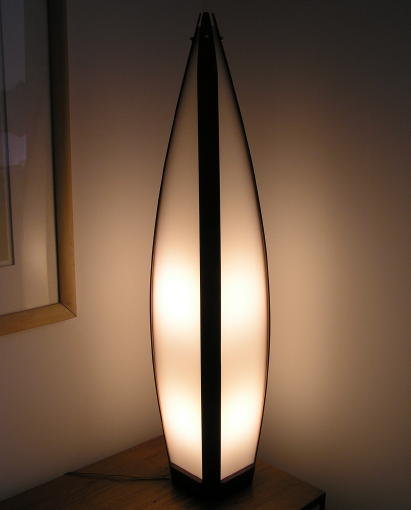 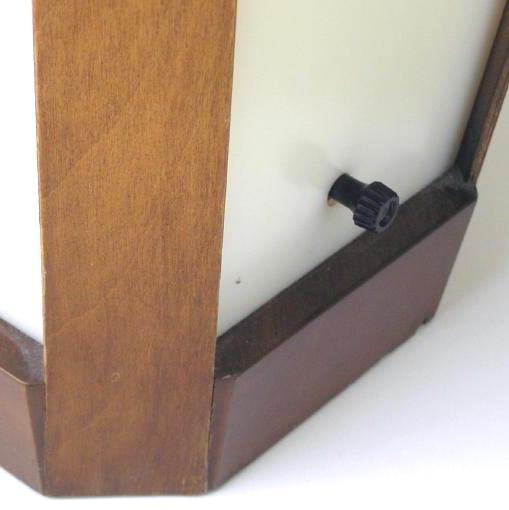 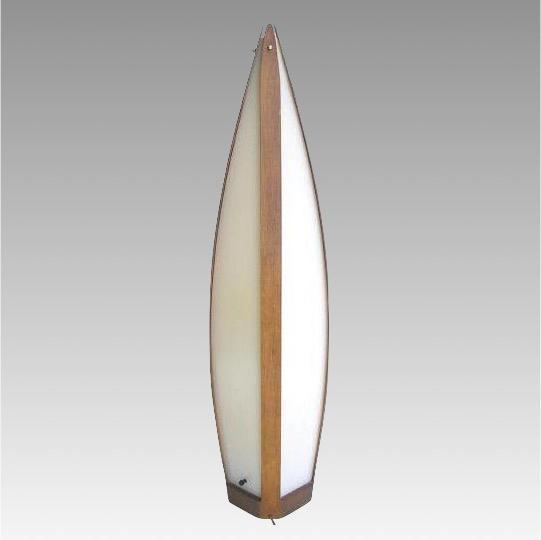 This unique and beautifully designed lamp in the Danish style, crafted from teak wood, has been attributed to Modeline, circa 1960s.  Measures 41" by 10" by 10" and weighs 8 lbs.  This lamp features two sockets and a three-way mechanism.  (Please see below for images of its appearance at each setting.)  Made with four frosted translucent white plastic panels and four narrow bands of teak, with brass hardware accents at the top.  Provenance:  Peter and Penny Jones of Penny Toys, The Pier Show, New York, circa 2000.  Condition is excellent.

Modeline of California Company Inc., based at 110 North Beaudry in Los Angeles, was founded in 1957 and operated until circa 1981.  Their designers included Adrian Pearsall, Ben Gurule, Jack Haywood, among others.