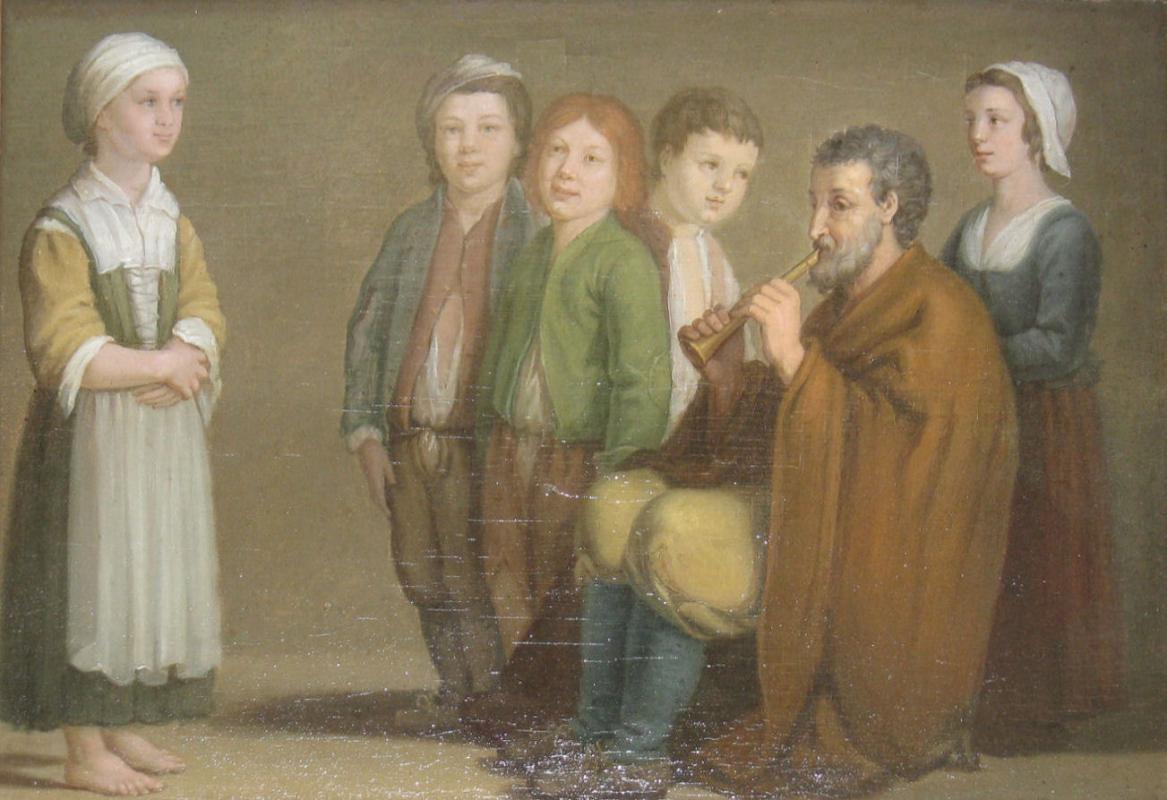 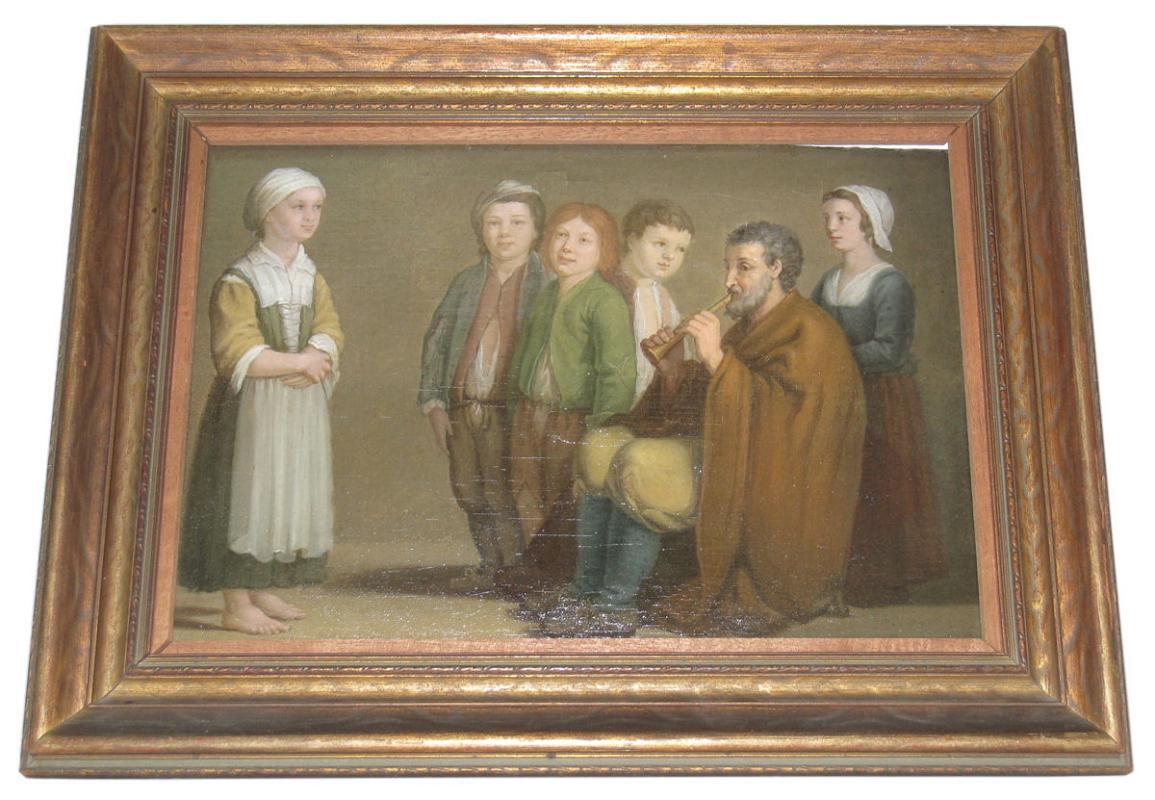 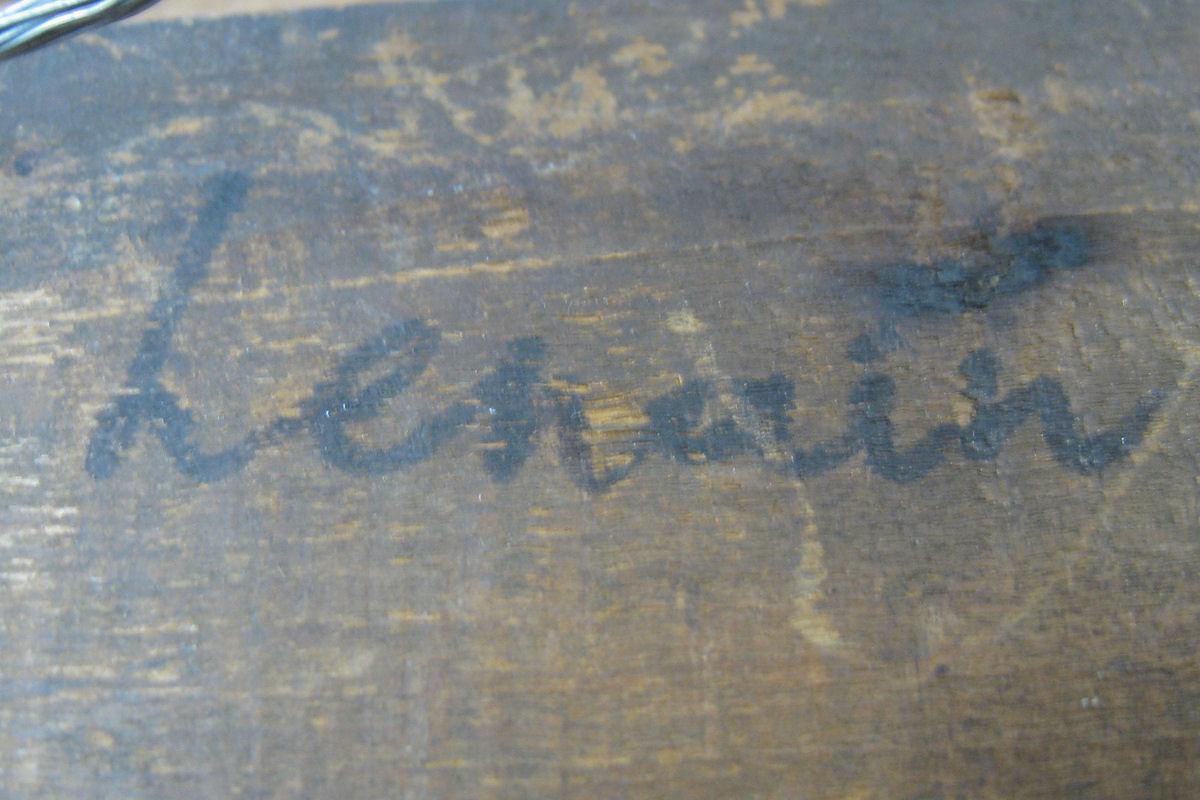 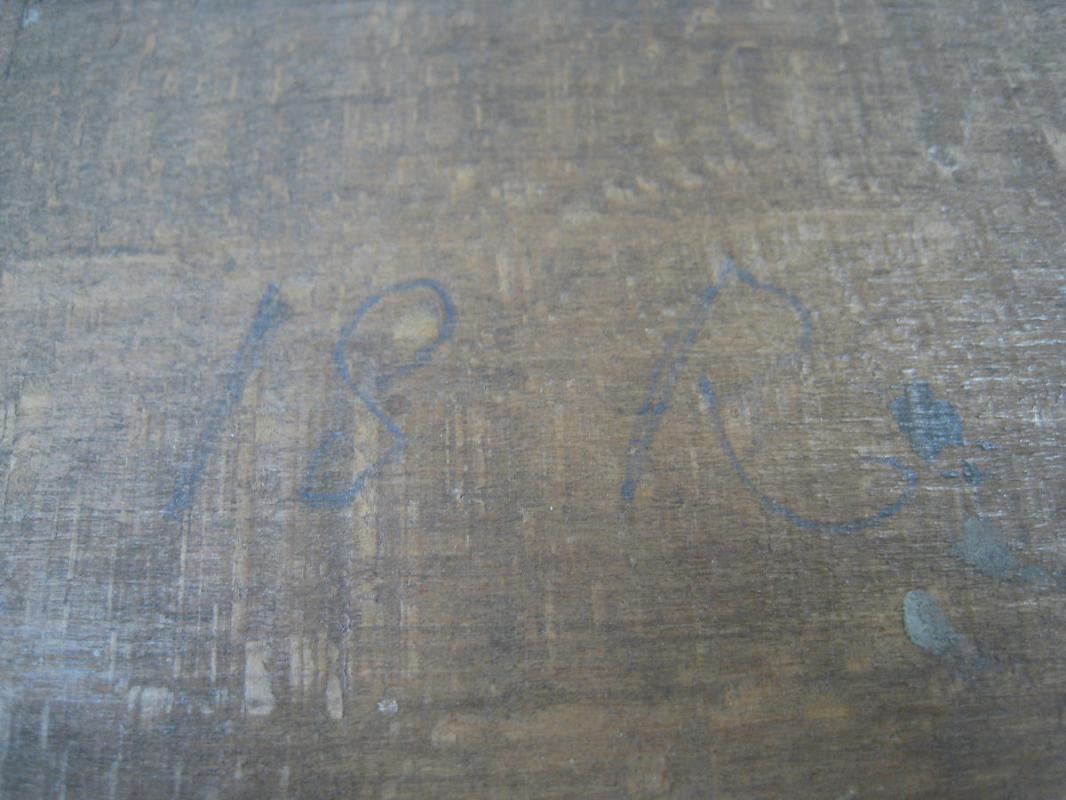 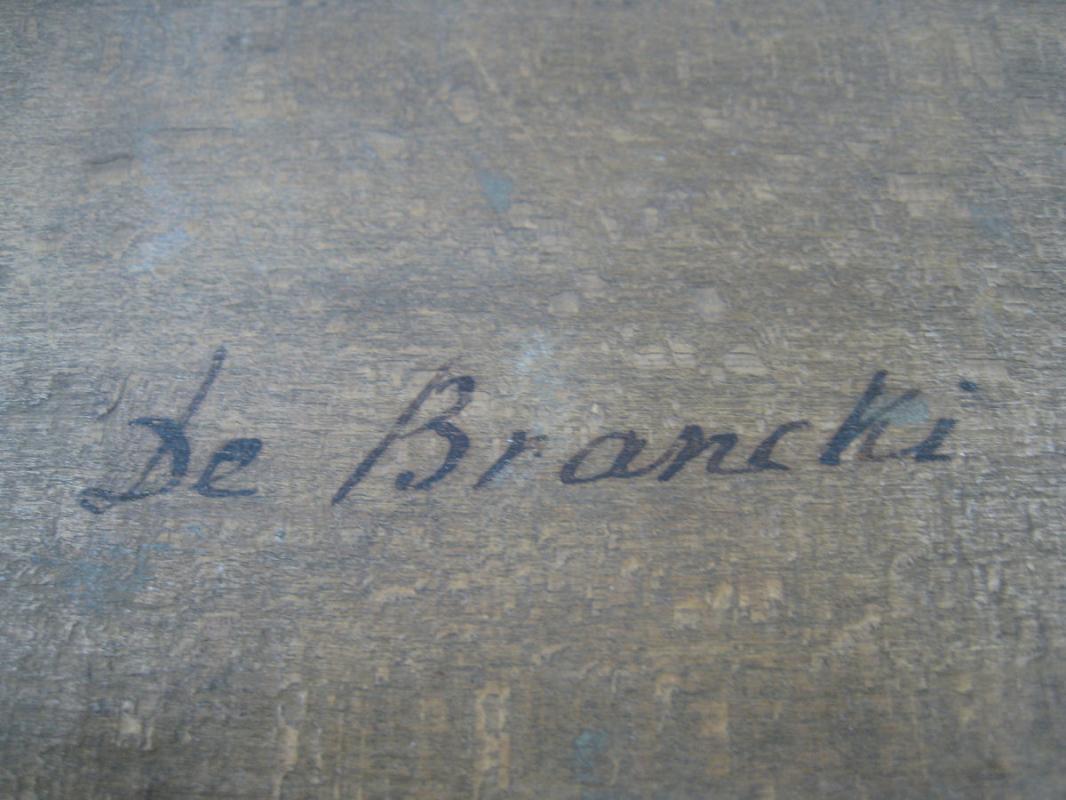 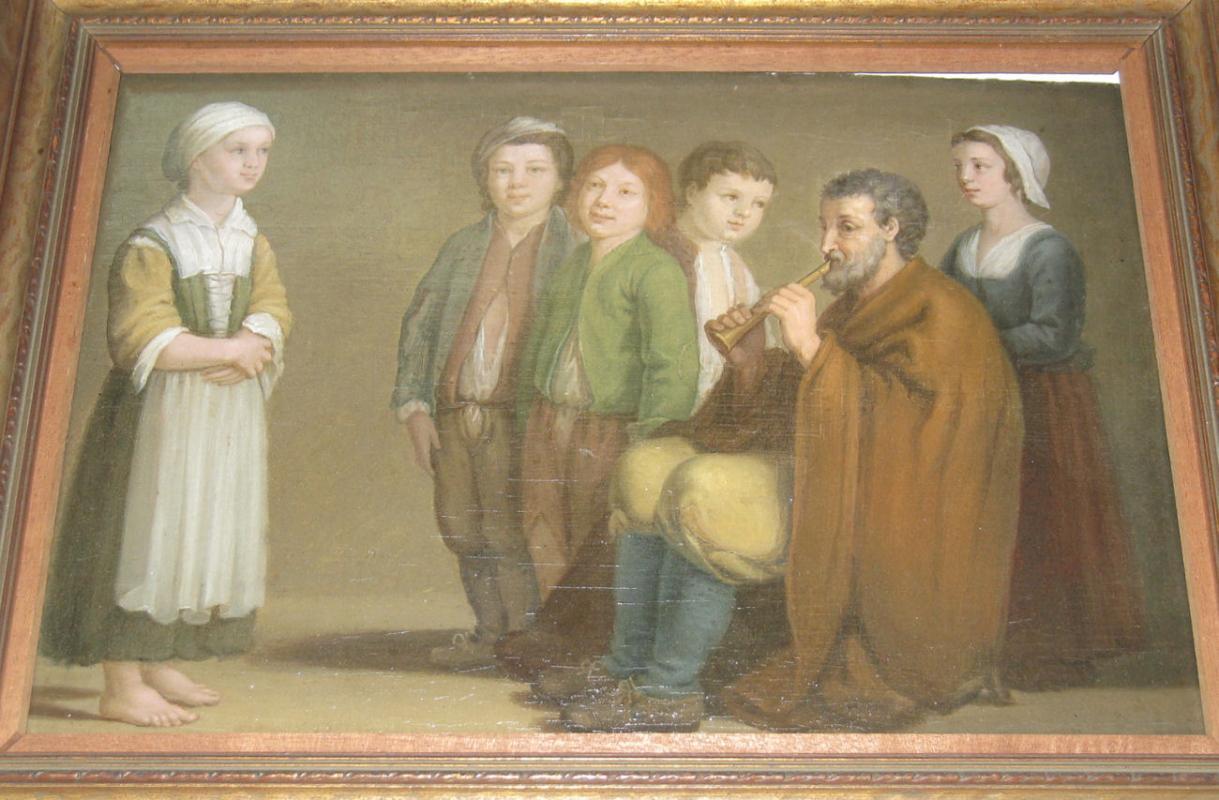 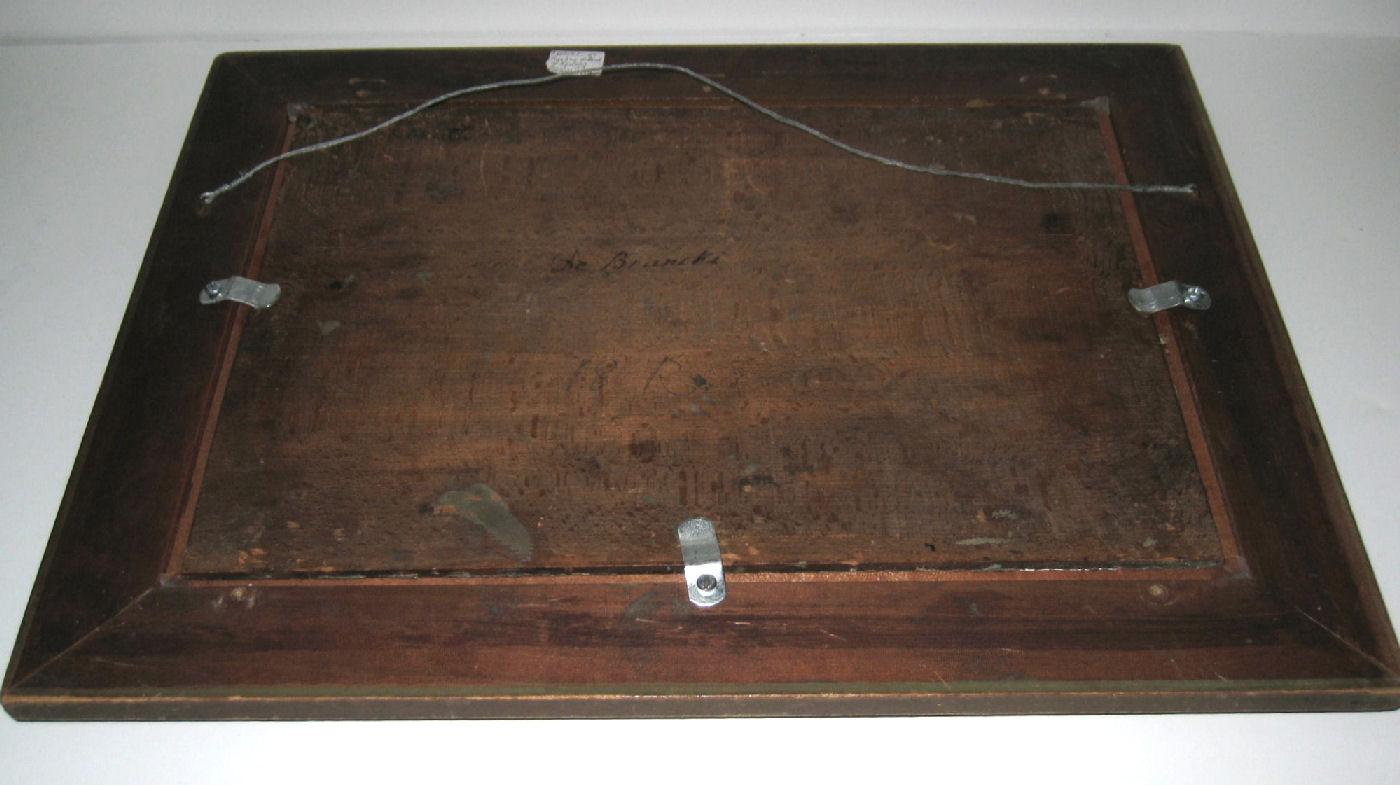 This is an exceptional 18th (or possibly 19th) century copy in reverse of the famous painting by Antoine Le Nain (French, 1588-1648) entitled The Village Piper.  Marked "de Brancki" and "Lenain" on verso.  Stretcher measures 9.6 x 14 in (24.4 x 35.6 cm) and the frame measures 13.5 x 18 x 1 in (34.3 x 45.7 x 2.5 cm).  The original oil on copper sheet was engraved in the 18th century by P. de Saint-Maurice and possibly served as the model for this particular copy.  Condition is very good.  There is some minor crackling particularly visible in the top center of the panel, but no visible losses.  The panel is warped a bit at the upper right corner.  Frame is modern.  We have no details on provenance, and are selling the painting on behalf of a dealer in Westchester County, NY.

The original oil on copper painting of The Village resides in the permanent collection of the Detroit Institute of Arts, and has fascinating provenance as follows.  France, Private Collection (earlier 18th century when engraved by P. de Saint-Maurice); England, Bessborough Collection; London, auction Bessborough 7 February, 1801, lot 68, purchased by Lord George Granville Leveson-Gower (who later became 2nd Marquess of Stafford in 1803 and Duke of Sutherland-d. 1833): London, Stafford House, Collection Dukes of Sutherland (1803 until 1930); By descent to Cromaratie Leveson-Gower, 4th Duke of Sutherland (d. 1913); By inheritance to Collection Lady Millicent Hawes (whose first husband was the 4th Duke of Sutherland) from whom purchased by the DIA in 1930. N.B.: Lady Millicent Hawes (née Millicent Fanny, daughter of the Earl of Rosslyn) first married the 4th Duke of Sutherland. In 1914 she married Brig. General Percy Desmond Fitzgerald but this marriage was dissolved in 1919. She married Lt. Col. George E. Hawes in Oct. 1919.