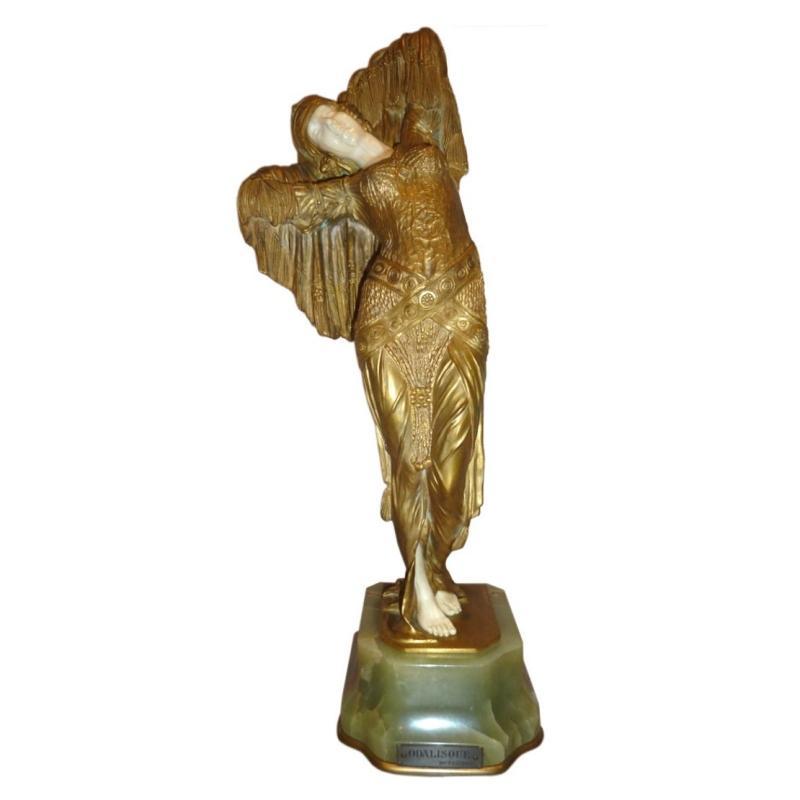 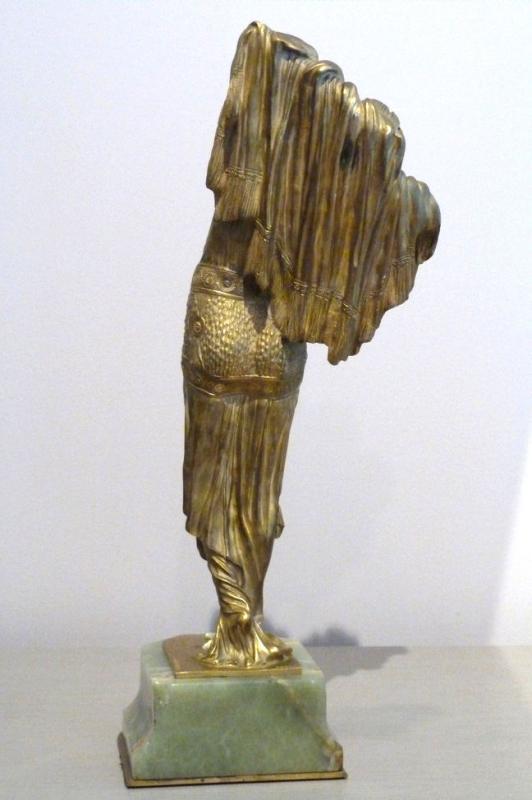 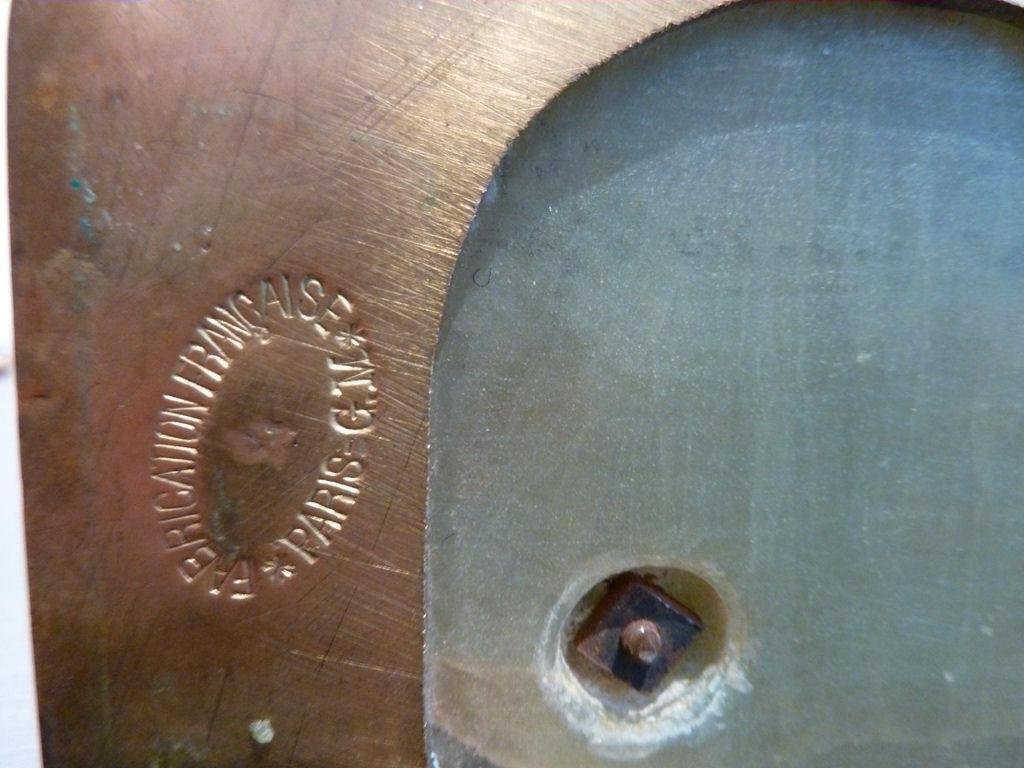 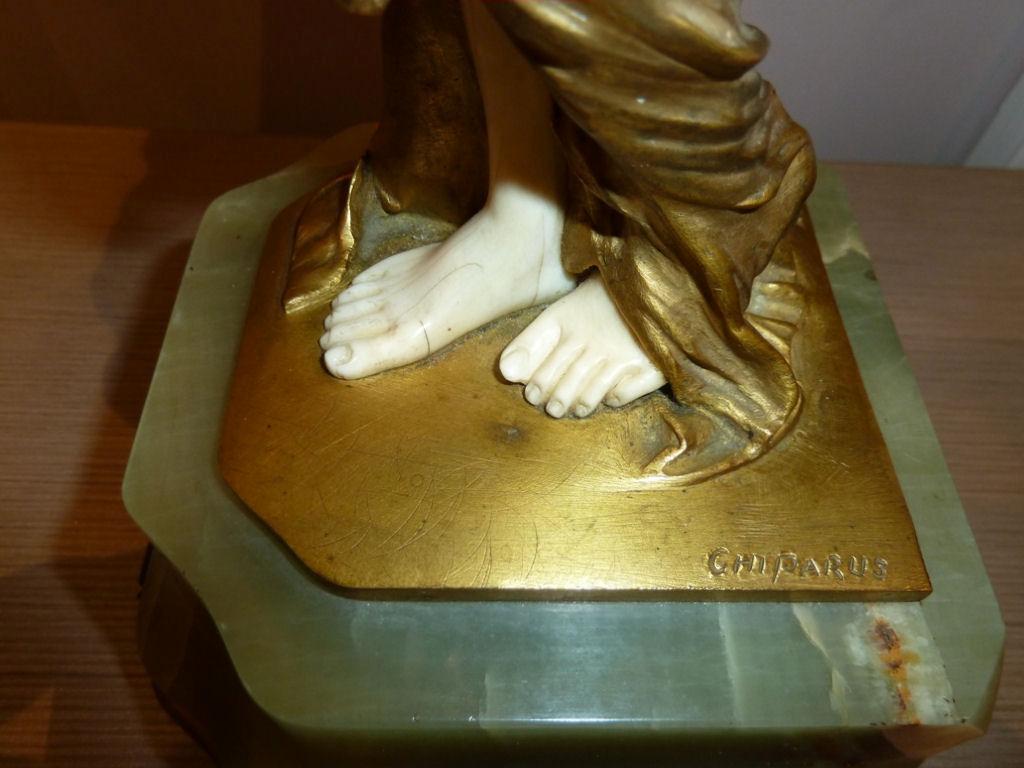 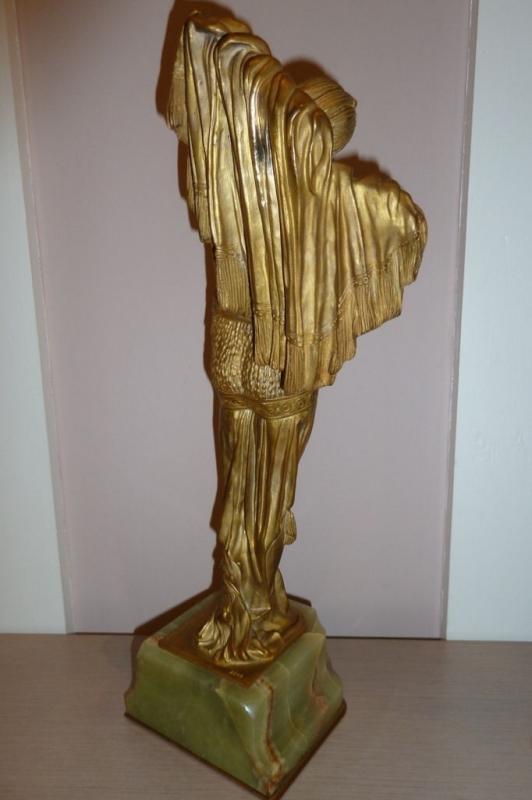 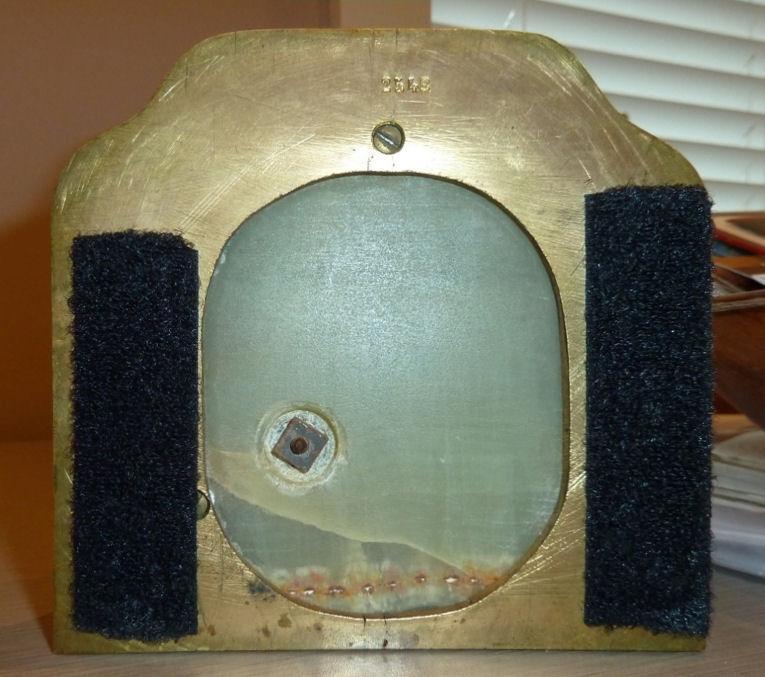 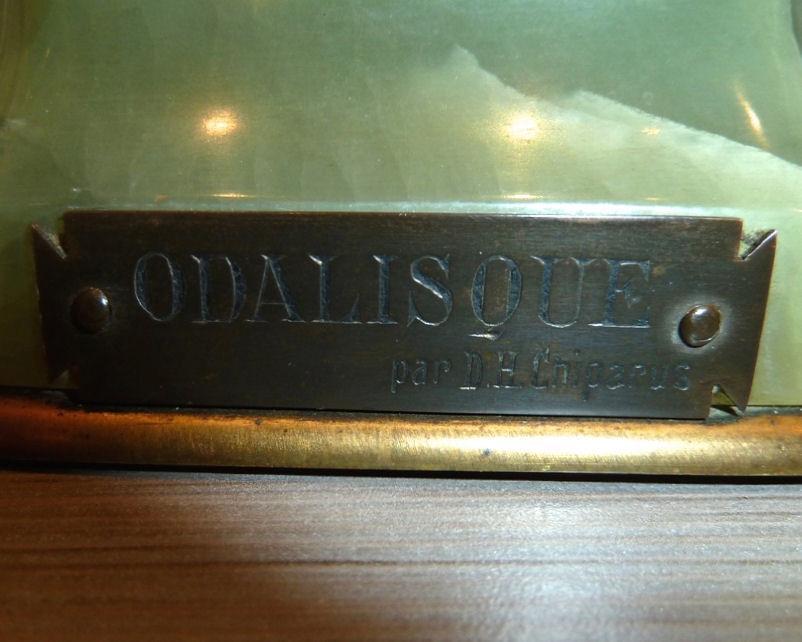 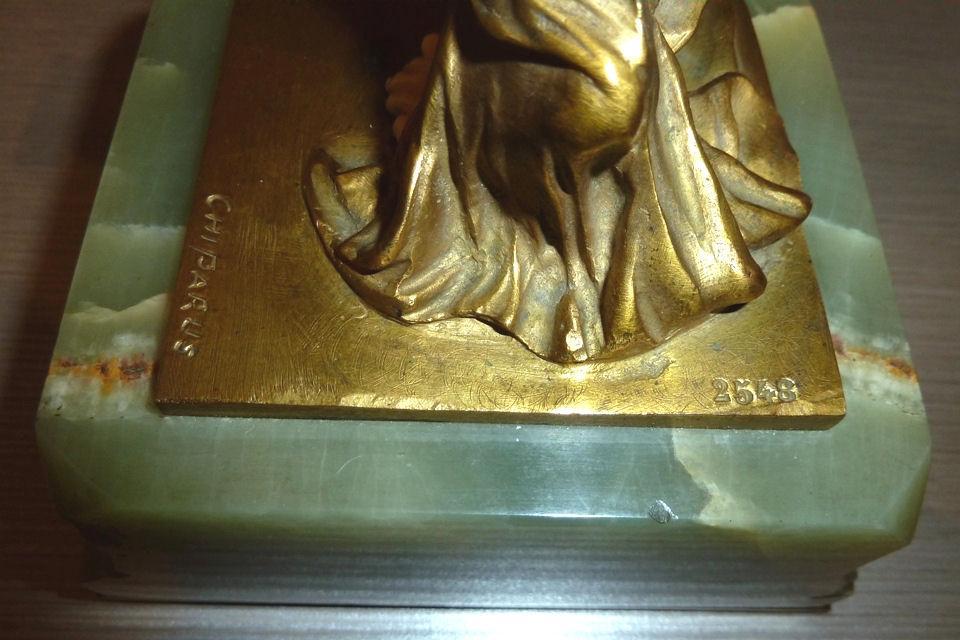 Our delightful chryselephantine gilt bronze sculpture by Demetre Chiparus (1888-1950), modeled as a young concubine dressed in clinging robe and set upon an onyx stone base with bronze frame, was originally titled "Favourite."  It also became known as “Odalisque” and an early or original owner of the piece added the nameplate to the front of the onyx.  Including the base the piece measures 18 in tall and 6 in wide (46 by 15 cm).  Excluding the base the piece measures 15.5 by 6 in (39 by 15 cm).

Underside of bronze base carries the stamped mark, "Fabrication Francaise Paris GM", and the number 2548.  This is the mark of G. Mansard, the Paris foundry used by Chiparus on early pieces as noted by Sotheby's in their description of lot 433 in their sale in London in September 27, 2007.  (See description below.)

The original title, "Favourite", appears with this mark in Chiparus, Master of Art Deco, by Alberto Shayo, New York, 1999, p. 94, fig. 26.  Another example of this model is illustrated in Art Deco and Other Figures by Brian Catley, Woodbridge, 1978, p.63.

A few similar works from the same series, both gilt and partially cold-painted, have appeared at major auction in the past decade.

Our customer must take delivery in the continental United States.  Will will not ship this item outside the U.S.