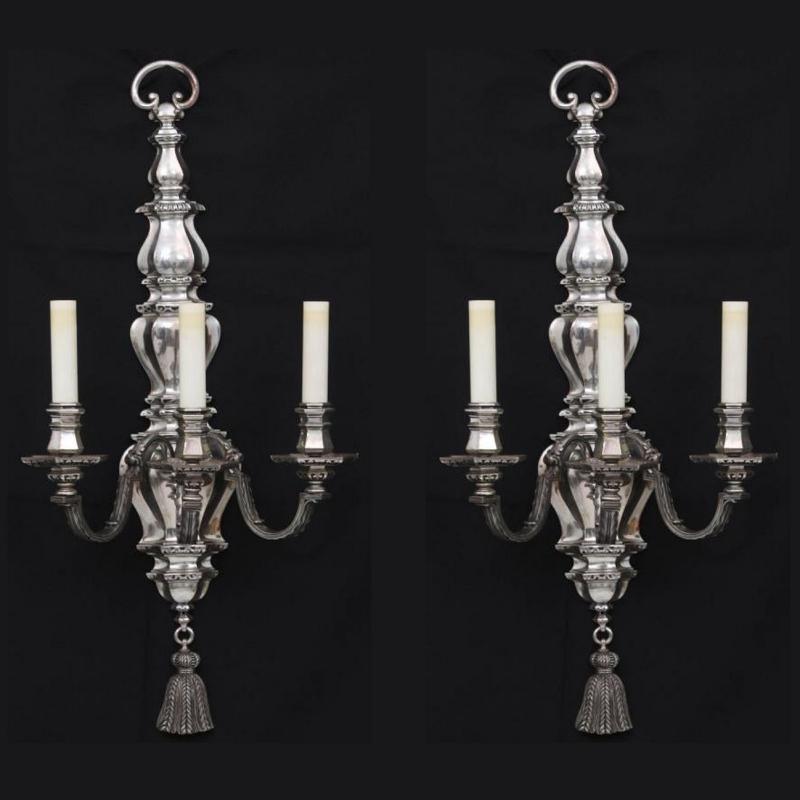 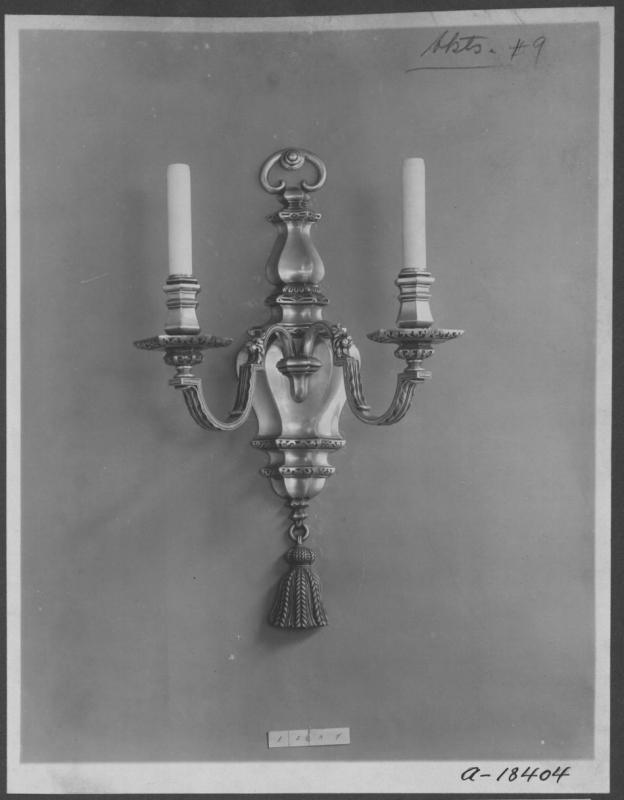 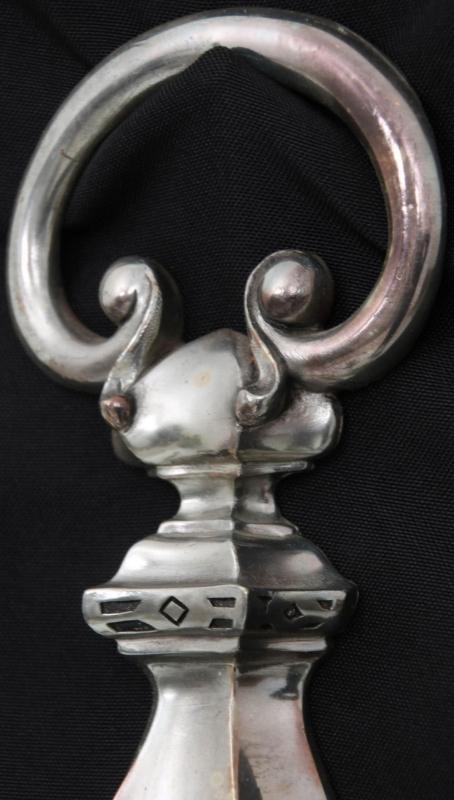 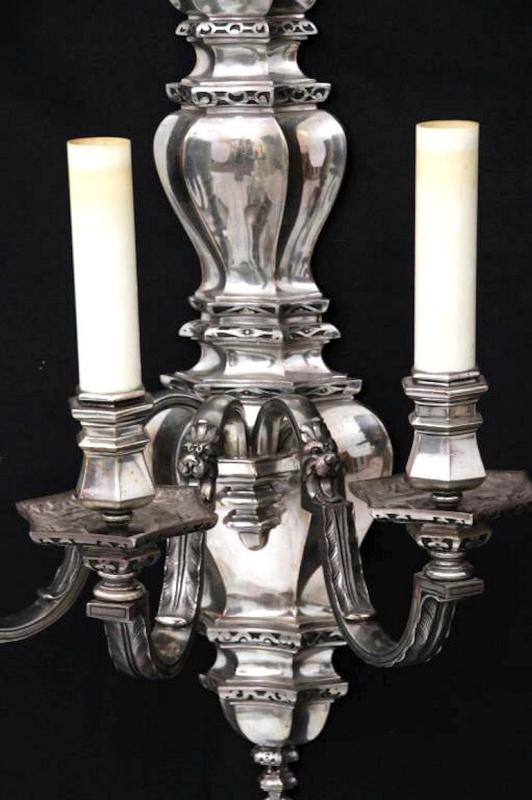 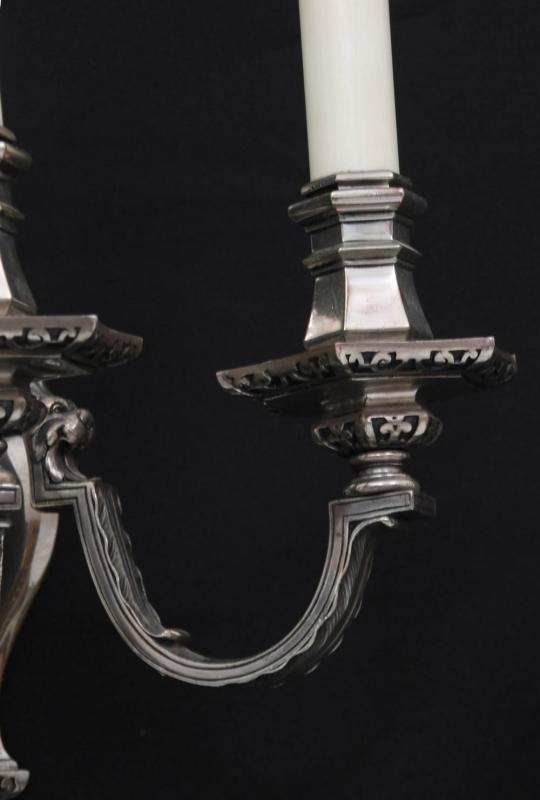 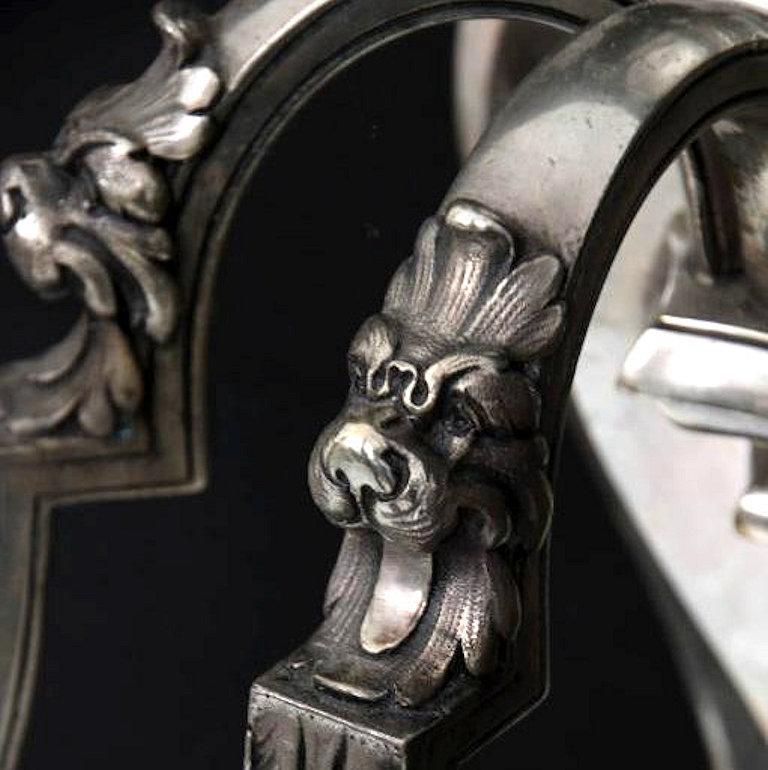 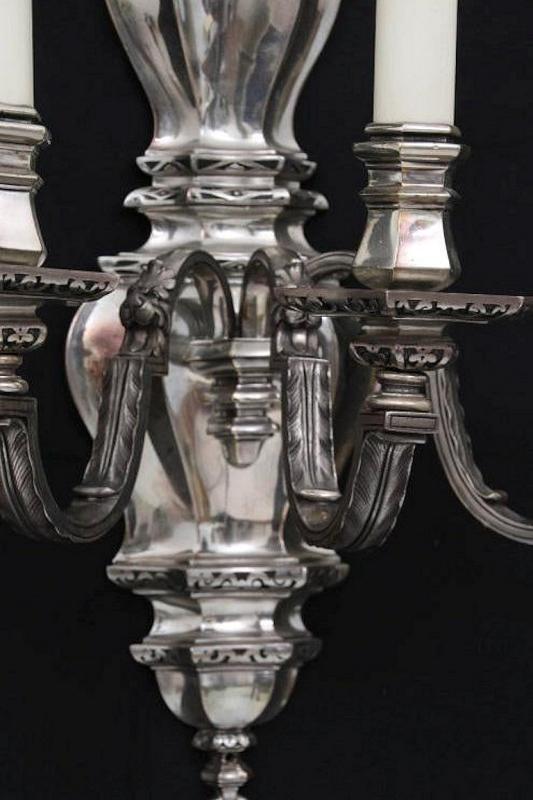 Our pair of palatial sized, silverplated metal (apparently spelter) sconces in the neoclassical fashion from Edward F. Caldwell date from circa 1910, measure an impressive 33.5 inches (85 cm) tall and are in very good condition.  They feature three candle arms with neoclassical motifs including acanthus leaf, lion masks, loops and tassel style finials at bottom.

They have candelabra sized sockets and faux candle covers, and are in need of new wiring.

There are slight bends to the arms, scratches, nicks and rubbing wear, all consistent with age and good care.

See our image of the two-light model that matches our three-light sconces shown on page 1 of the brackets binder 129 in the Caldwell archives at the Smithsonian.

Caldwell is widely considered to be the most important and influential designers and producers of fine lighting in the late 19th and early 20th century in the U.S. They collaborated with many renowned architects such as McKim, Mead and White, Carrère and Hastings, Horace Trumbauer, and Cass Gilbert.  Their customers included Henry Clay Frick, John Jacob Astor, J. Pierpont Morgan, Frederick W. Vanderbilt, and Henry Morrison Flagler.  Public commissions included the chandeliers in the East Room ballroom and the State Dining Room of the White House, fixtures for the Boston Public Library, and elegant chandeliers and wall sconces for Radio City Music Hall, among many others.  At their height, the firm employed over 1,000 craftsmen in their main location on fifteenth street in New York City.