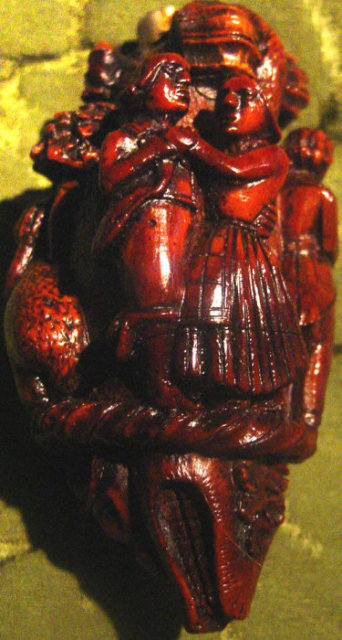 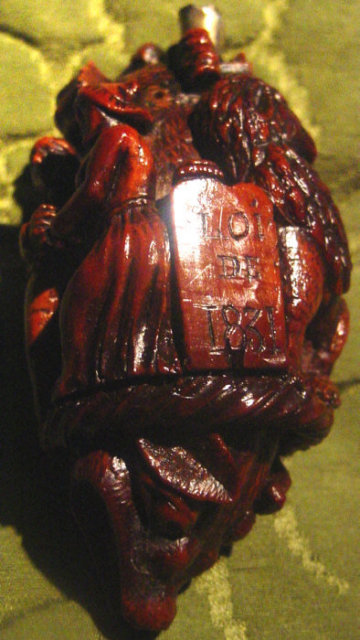 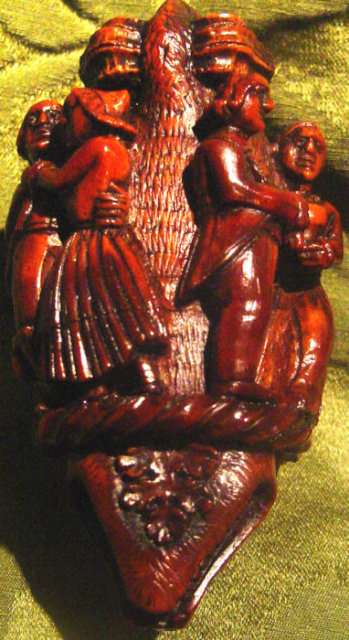 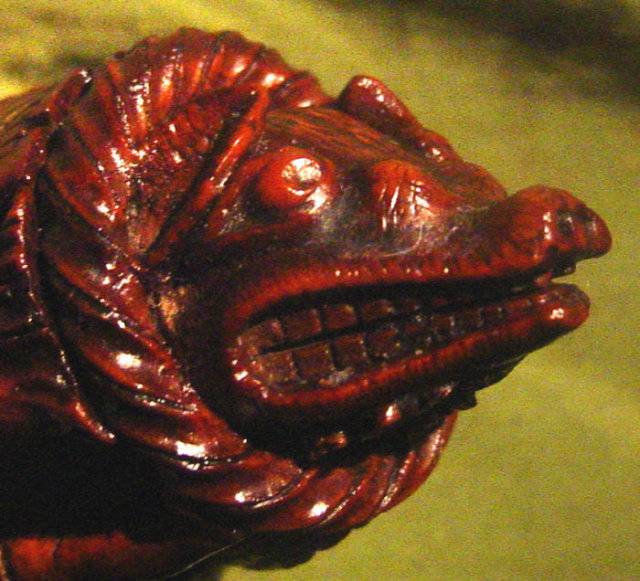 In sixty years of collecting and dealing in antique coquille carvings, this is the most elaborate piece I have seen, a whistle in celebration of the newly established liberal laws of King Louis-Philippe, who described himself as King of the French, rather than King of France. A plaque inscribed Loi de 1831 is guarded over by a seated lion, symbolizing royal authority. (At first I thought it was a poodle, which perhaps would also be appropriate.) He is flanked by two couples in exceptionally high relief: the king accepting the scroll of laws from a woman (Liberty?) and another man (the king again?) in knee britches dancing with a woman. On one end, a ferocious wart hog bursts through a finely carved hoop; on the other, a large-nosed creature has the mouthpiece of the metal whistle in his mouth. All this in a single piece only about 3-1/4 inches long and 1-1/4 inches in diameter!