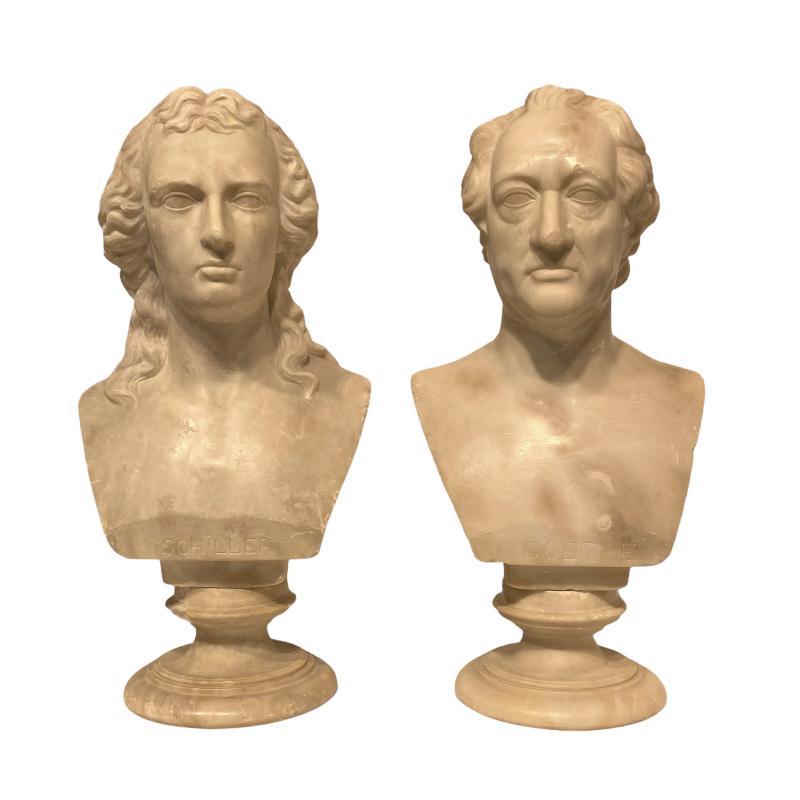 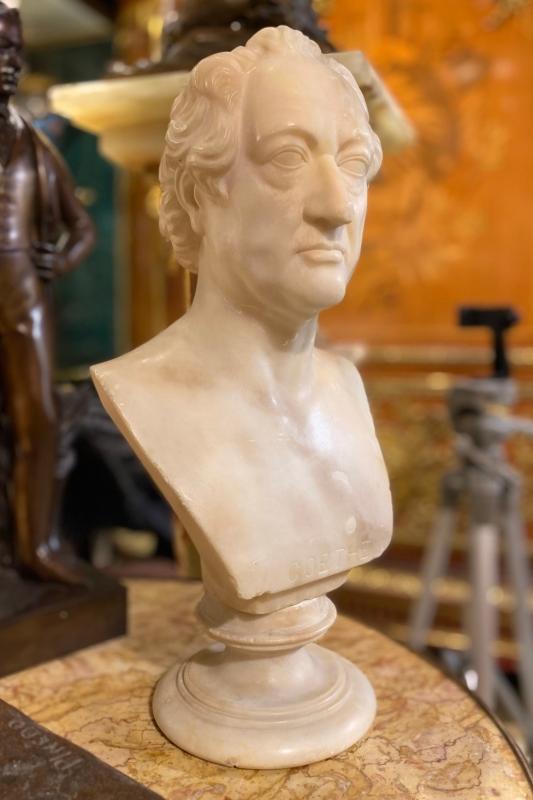 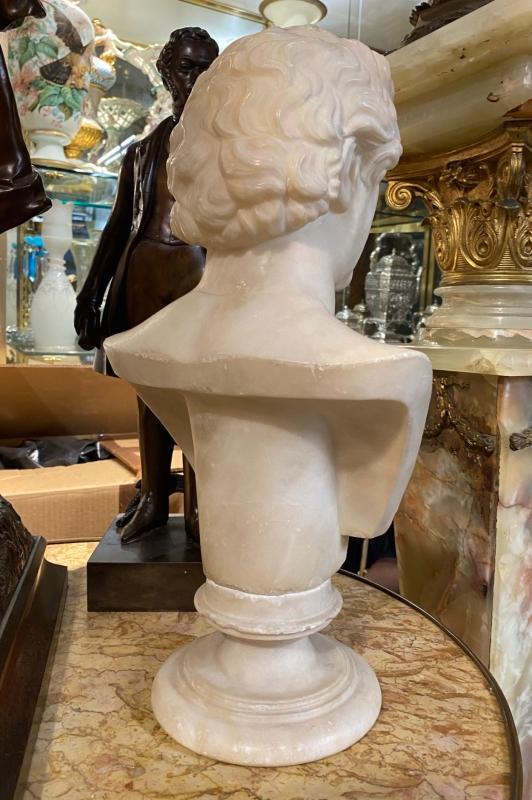 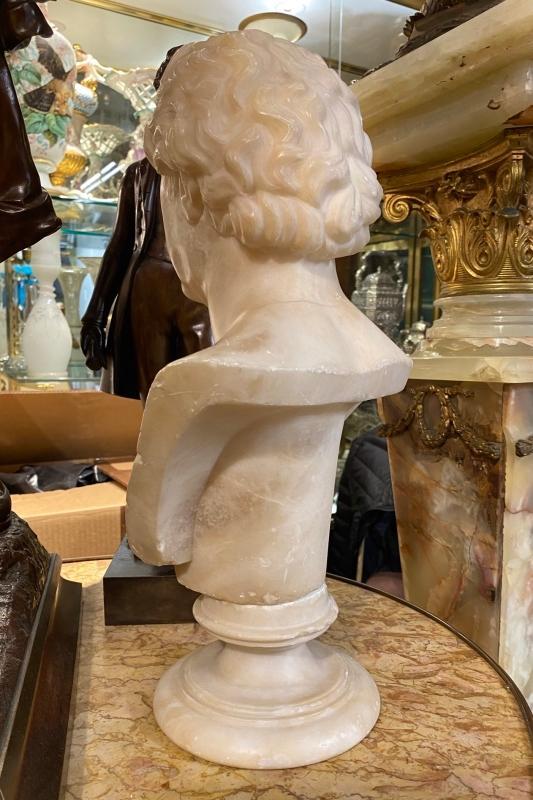 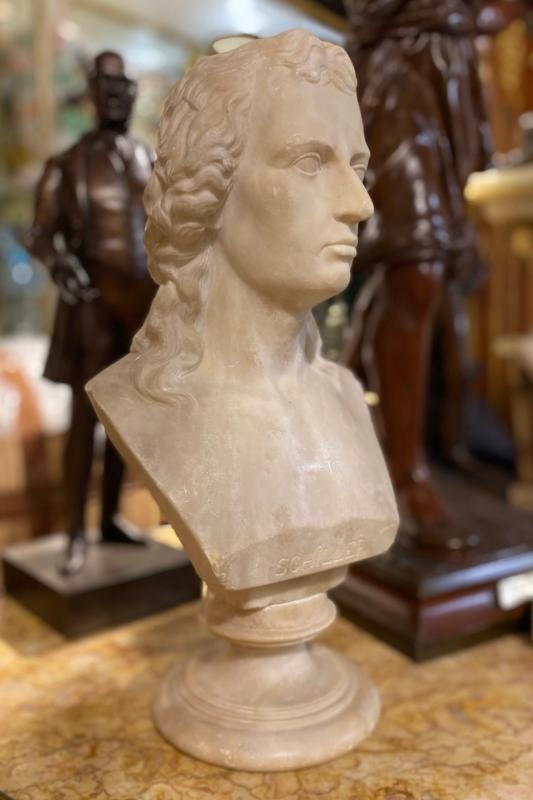 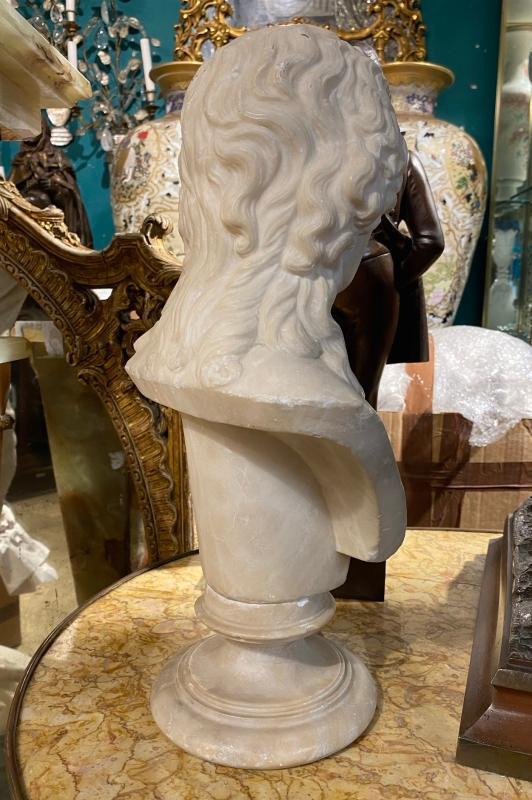 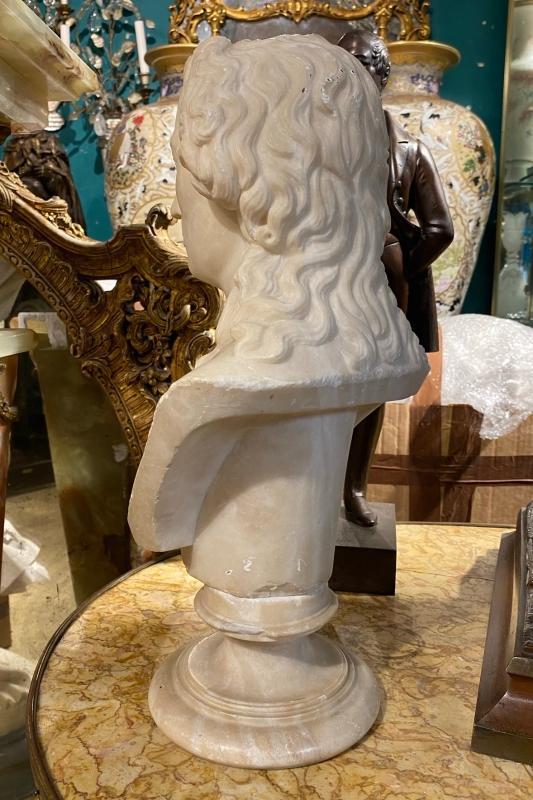 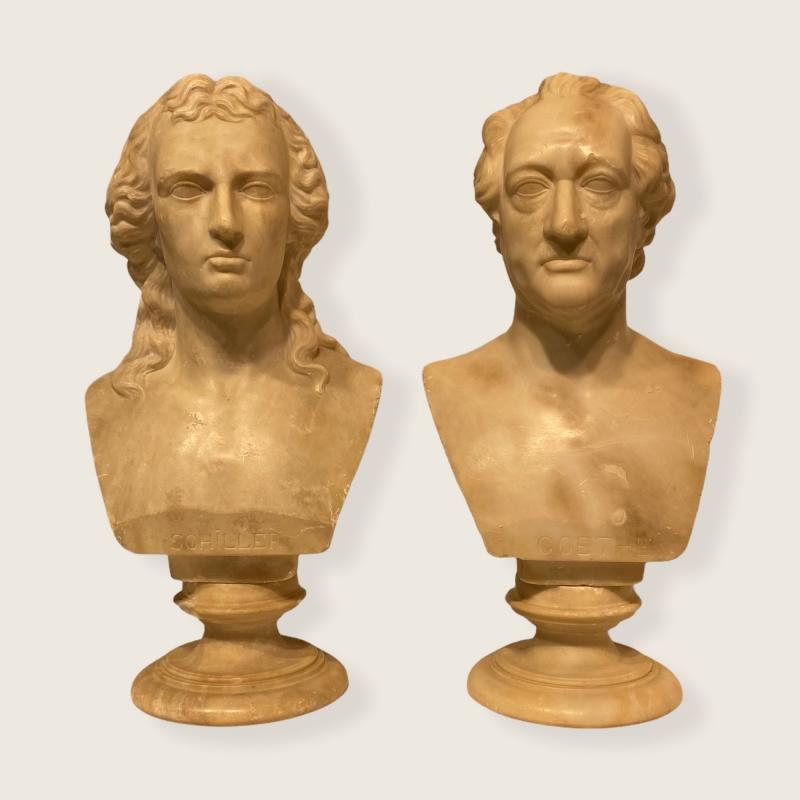 Our antique busts depicting the important German poets, Johann Wolfgang von Goethe (1749–1832) and Friedrich Schiller (1759–1805), are exquisitely carved from alabaster and rest on round alabaster socles, and date from the late nineteenth to early twentieth century. Each 16.5 by 8.5 by 6 inches.  Each has scattered losses, scratches and scuffs, all consistent with age.