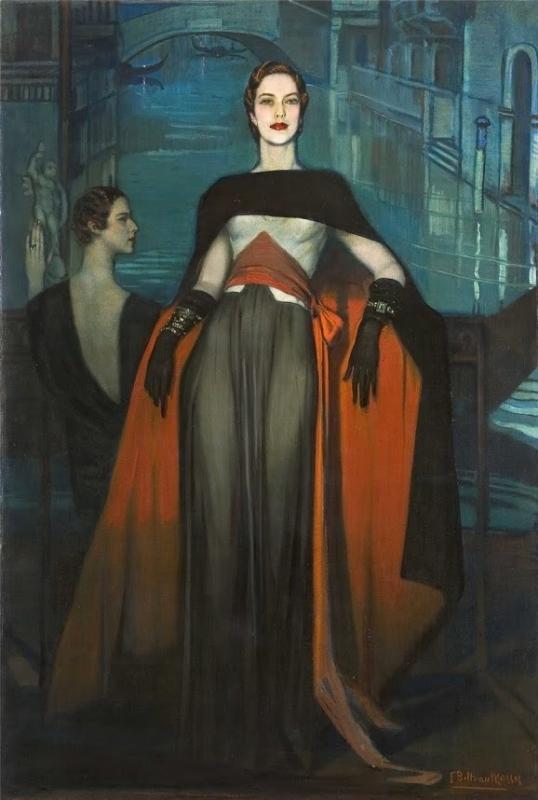 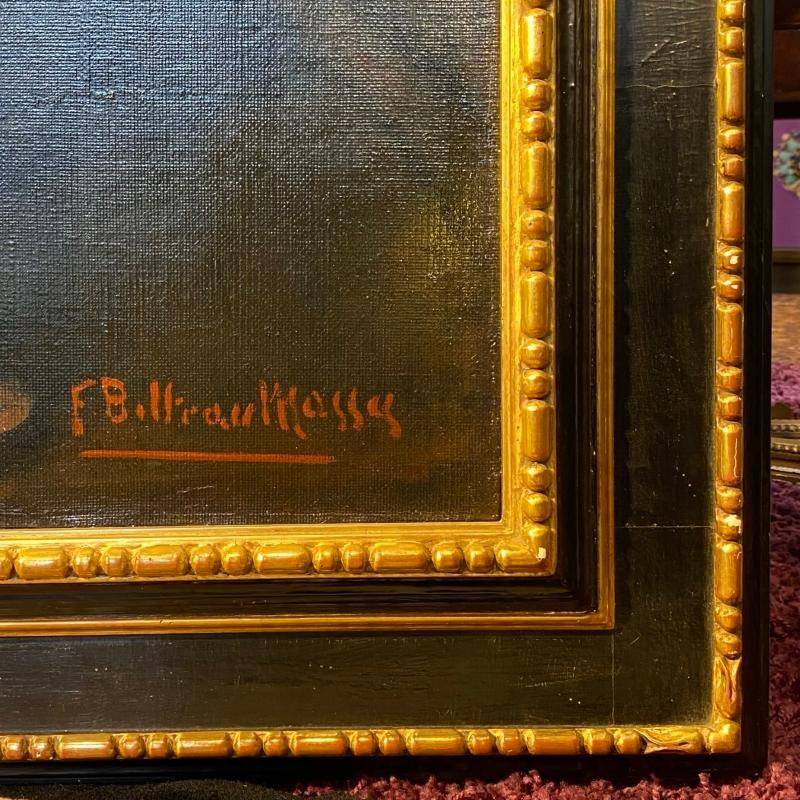 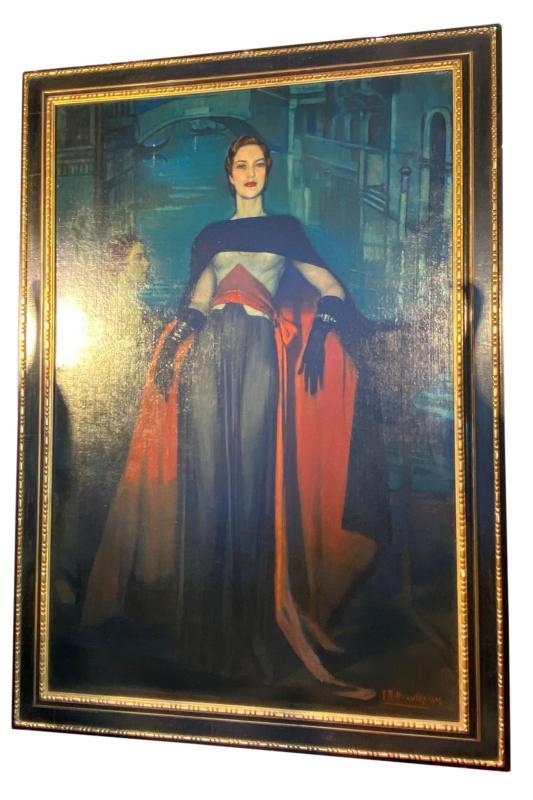 Our portrait in oil on canvas by Federico Armando Beltran Masses (1885-1949) depicts Madeleine Bonnardel (1899-1952), Countess of Montgomery.  Signed 'F. Beltran Masses' in lower right.  Oil on canvas measures 77 3/8 by 52 1/4 in, 196.5 x 132.6 cm.  Frame measures 90 by 63 1/2 in; 229 by 161 cm.  Stretcher has a label from the Parisien auction house, Chenue S.A.R.L.  and the shipping company, Pusey Beaumont Crassier.  Condition is good.  There are four old patch repairs to the canvas visible on verso, and no doubt inpainting in these restored areas.  May have other restorations as well.  Additional images forwarded upon request.

Born in Guaira de la Melena, Cuba, Federico Beltrán Massés first trained in Joaquin Sorolla's studio at the Academy of Fine Arts in Barcelona, ​​then in Madrid. In 1916, the artist moved to Paris where he lived for almost thirty years. His first Spanish success was achieved at the Venice Biennale in 1920.  He acquired an international reputation that led to exhibitions in Buenos Aires, London, New York, Palm Beach and Paris during the 1920s and 1930s.  A portraitist to the wealthy and the aristocractic classes, his works are distinguished by their dreamlike and mysterious, often nocturnal style.

Madame Bonnardel, born Countess of Montgomery, lived in an apartment on avenue Malakoff, and her living room quickly became one of the most popular places in Paris in the 1930s, visited by personalities from the world of art, music and fashion and politics.  In Vogue magazine of June, 1933, Mme. Jean Bonnardel appears in evening dress "on a black and pale gray dress by Vionnet, with a supple orange belt, is a wonderful black crepe cape lined with orange, going through the head. Black gloves showcasing Cartier bracelets". The following year, Federico Beltrán Massés will resume the outfit and the pose of this shot of George Hoyningen-Huenede.  Highlighting the extreme beauty of her model, Beltrán Massés represents Madame Bonnardel in a nocturnal Venice, and thus accentuates, as usual, the mysterious elegance of the young woman.  We would like to thank Antonia Salom de Tord for graciously confirming the attribution of this work after photographic examination and for the information she sent us. This portrait will be included in the catalog raisonné, in preparation.