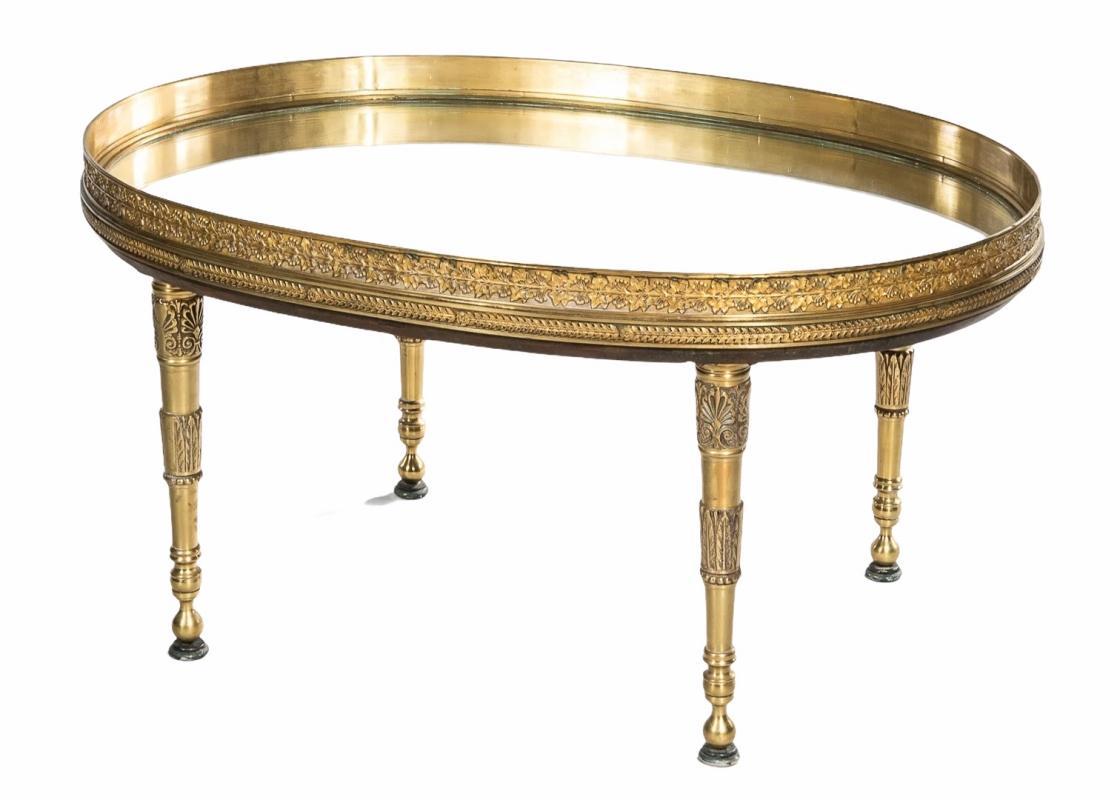 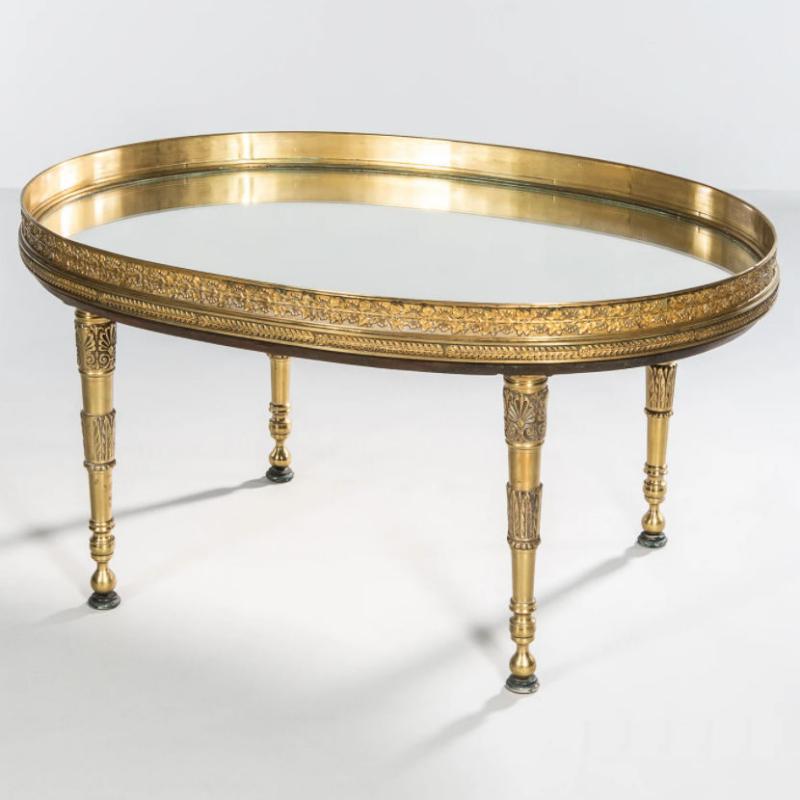 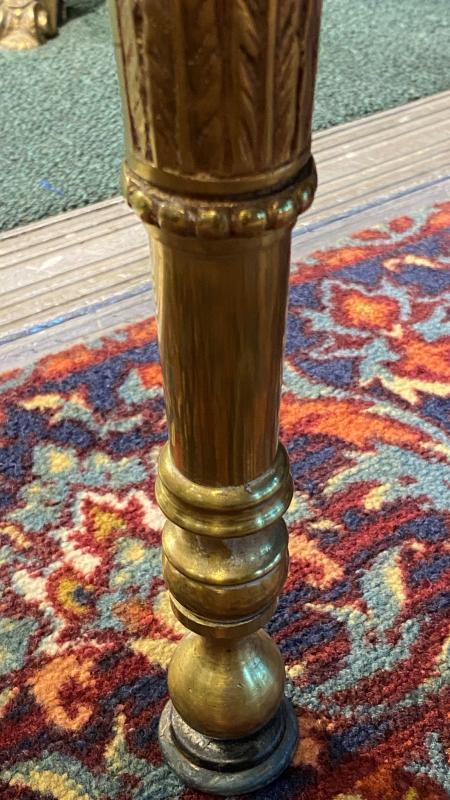 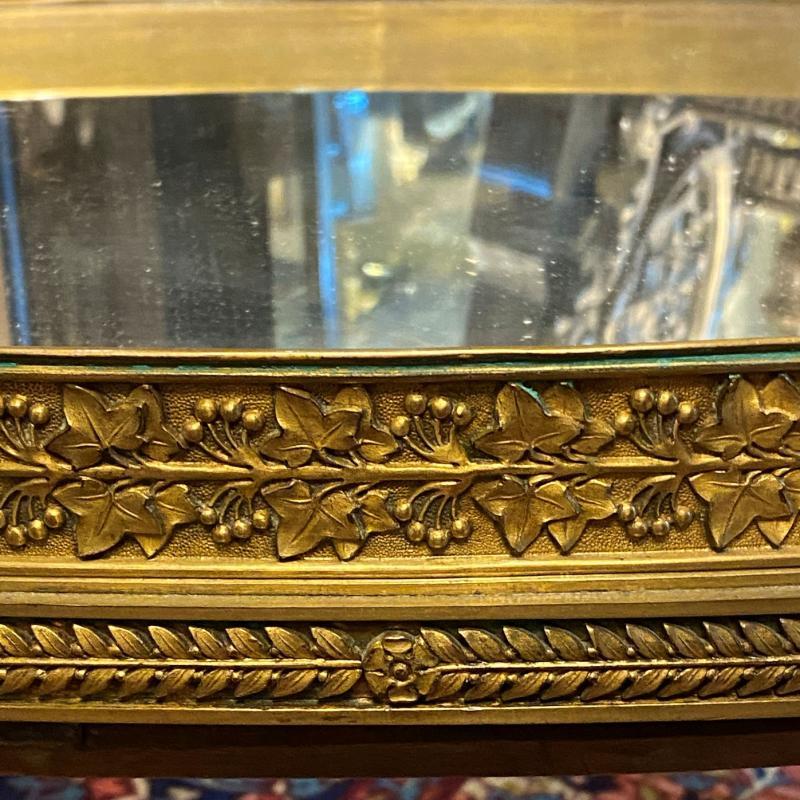 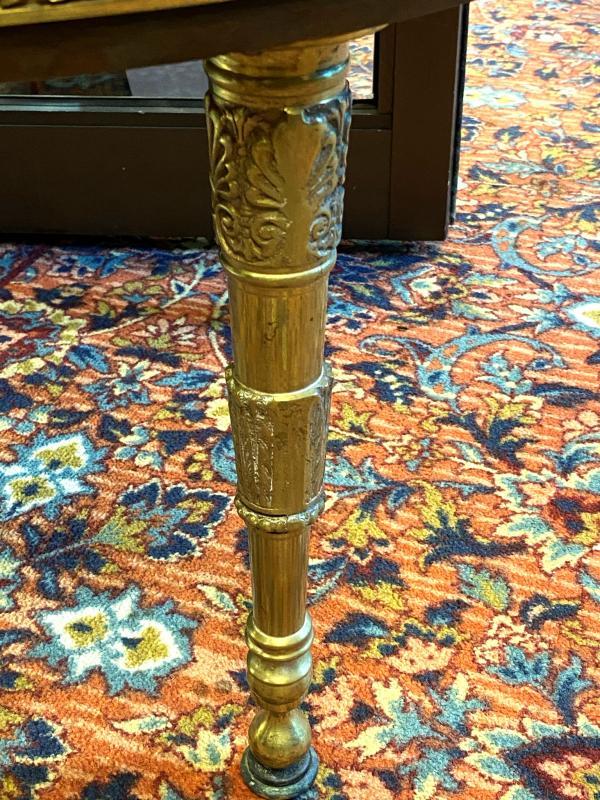 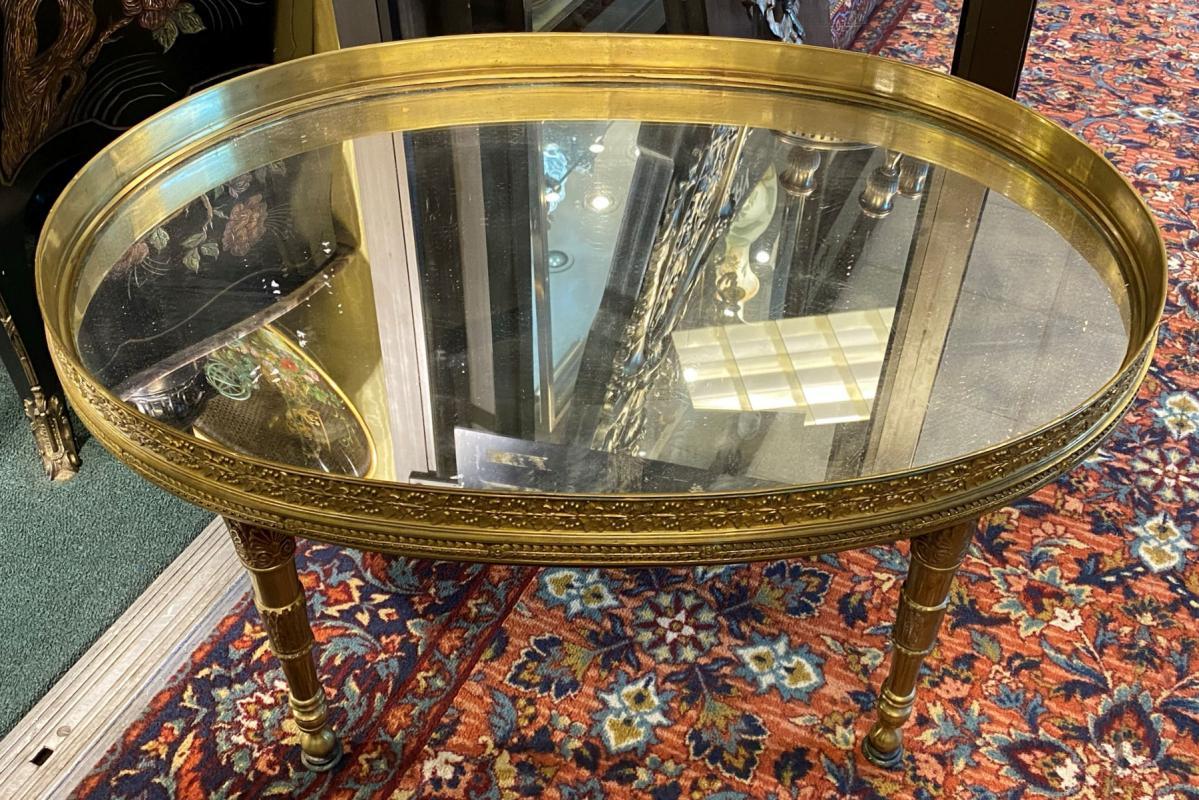 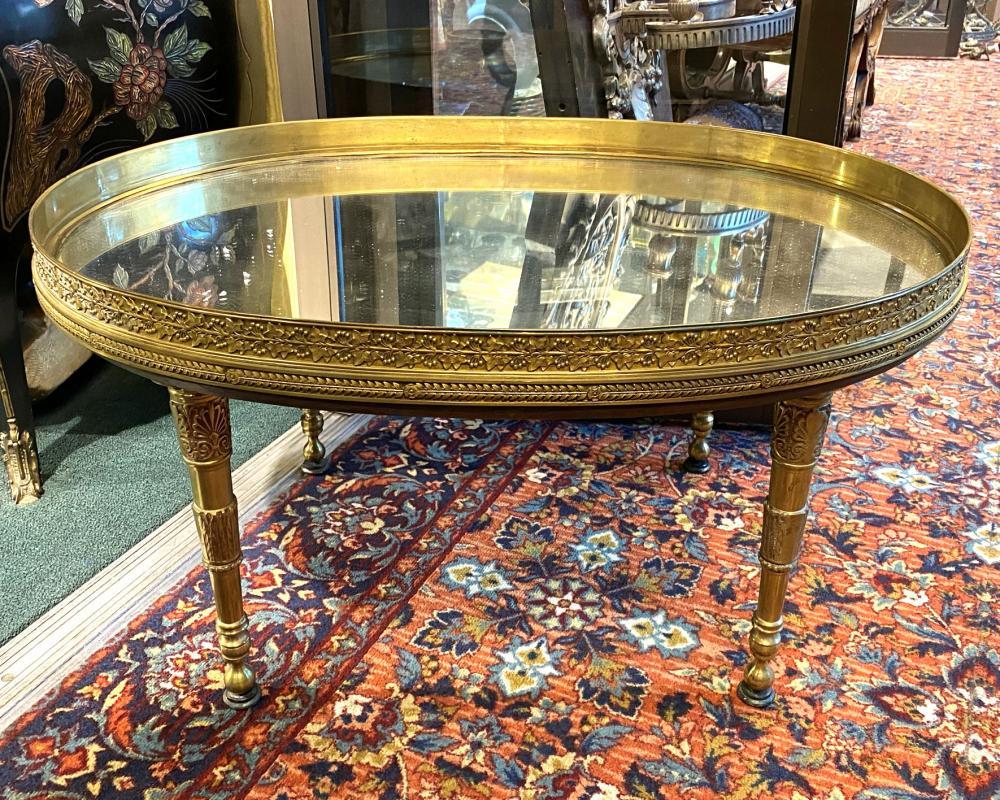 Our mirror-top bronze coffee table in the French Empire style dates from the late 19th to early 20th century and is in good condition.  18.75 by 37 by 26.25 inches.  There are scratches, nicks, surface dirt, and some oxidation to the bronze surfaces with celadon (very light, pale green) color.

The palatial home known as “‘Ker Arvor" was built in 1931 by renowned New York architects Clinton & Russell.  Designed in the French 18th century style, it was modeled after La Lanterne at Versailles and is listed on the National Register of Historic Places.  It was the summer home of Snowden Andrews Fahnestock (1886-1962).  The name translates to "seaside" and was named after the French village where the owner's regiment was stationed during WWI.  It sits on nine acres and is considered one of the finer estates in all of Newport.