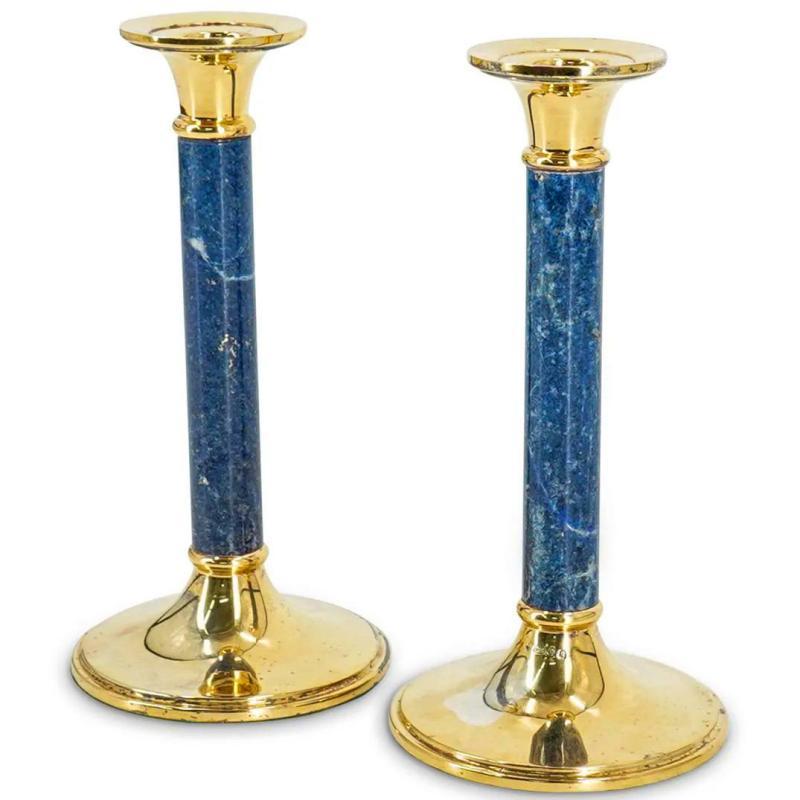 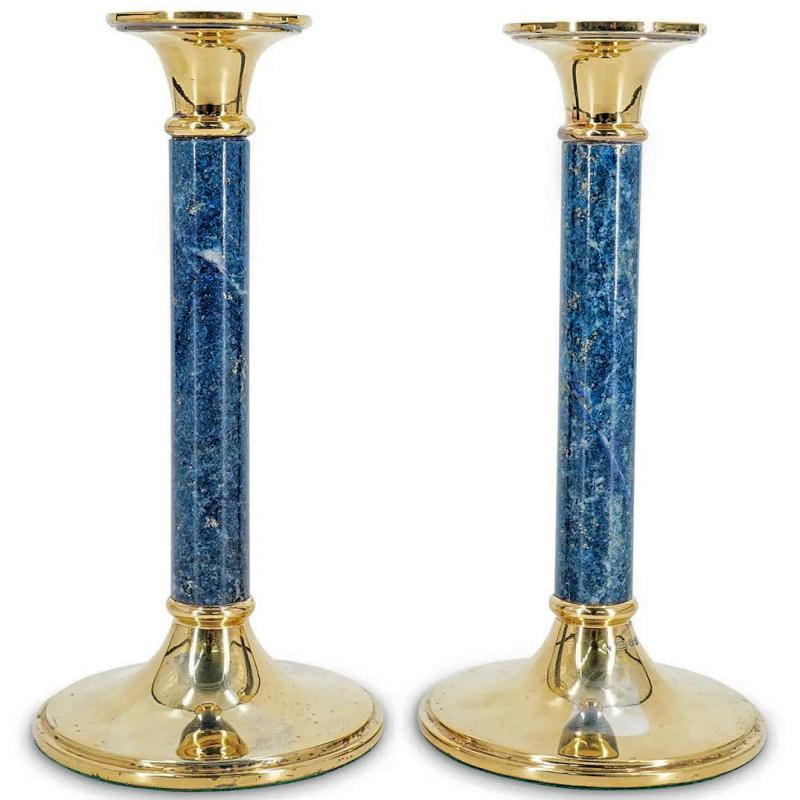 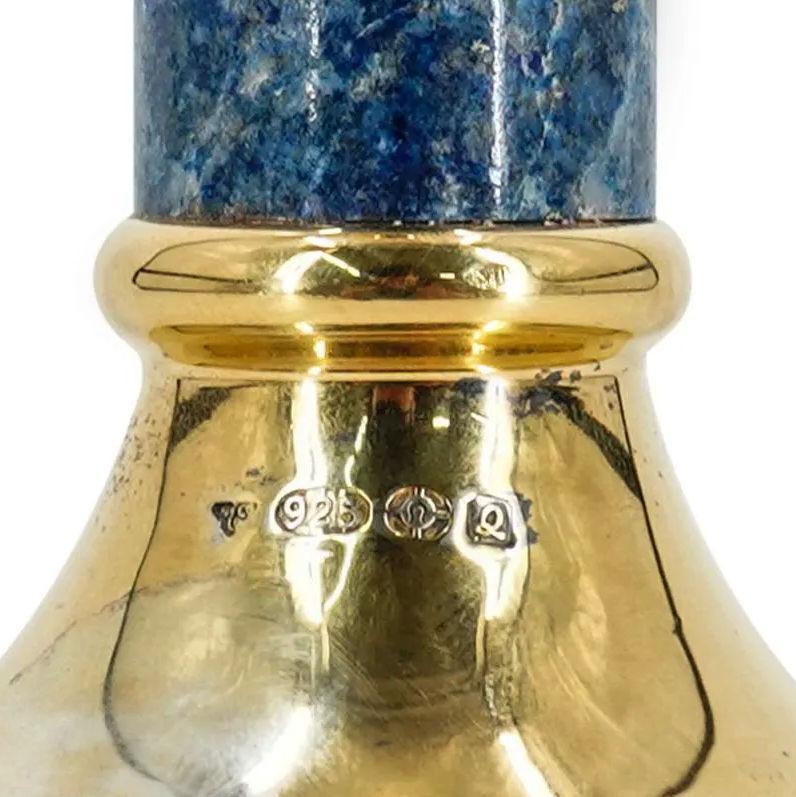 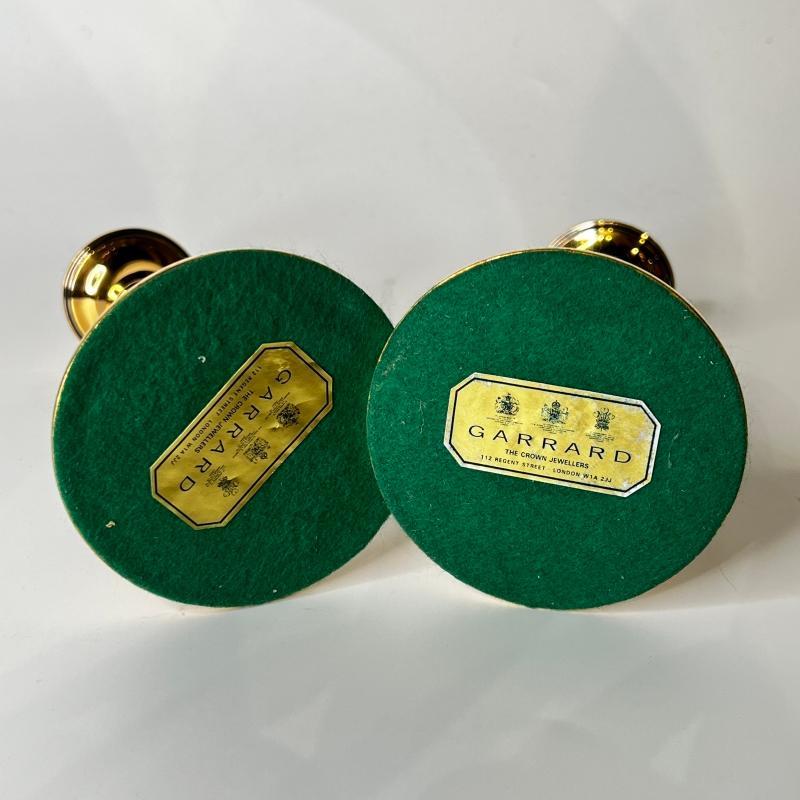 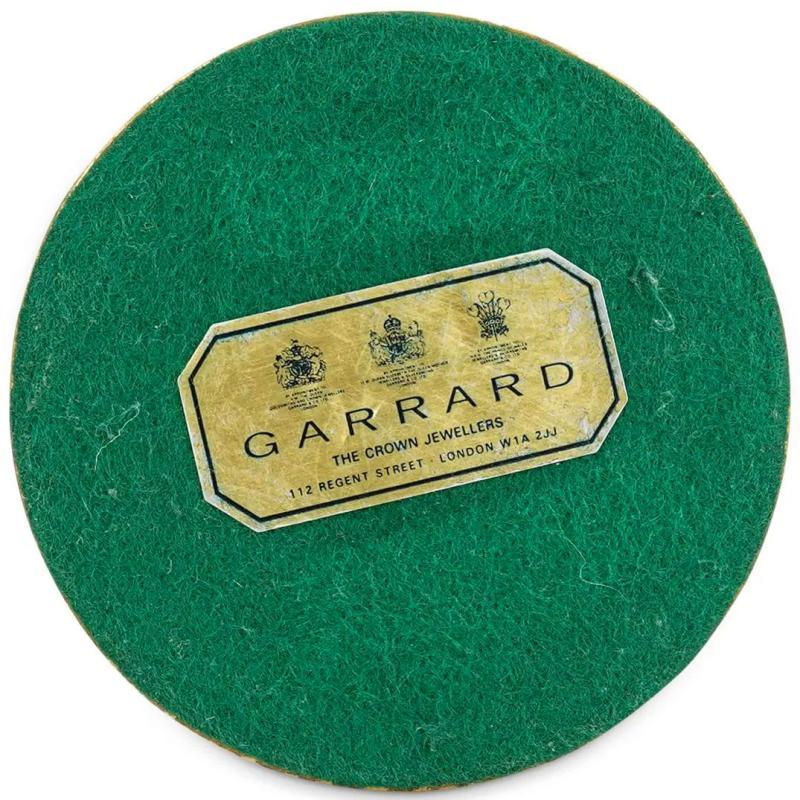 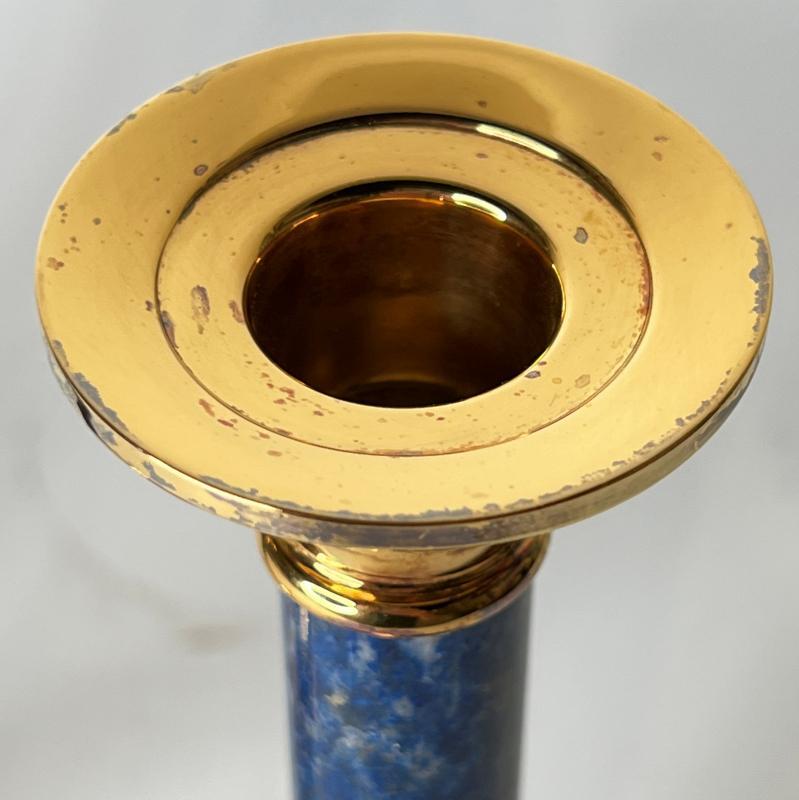 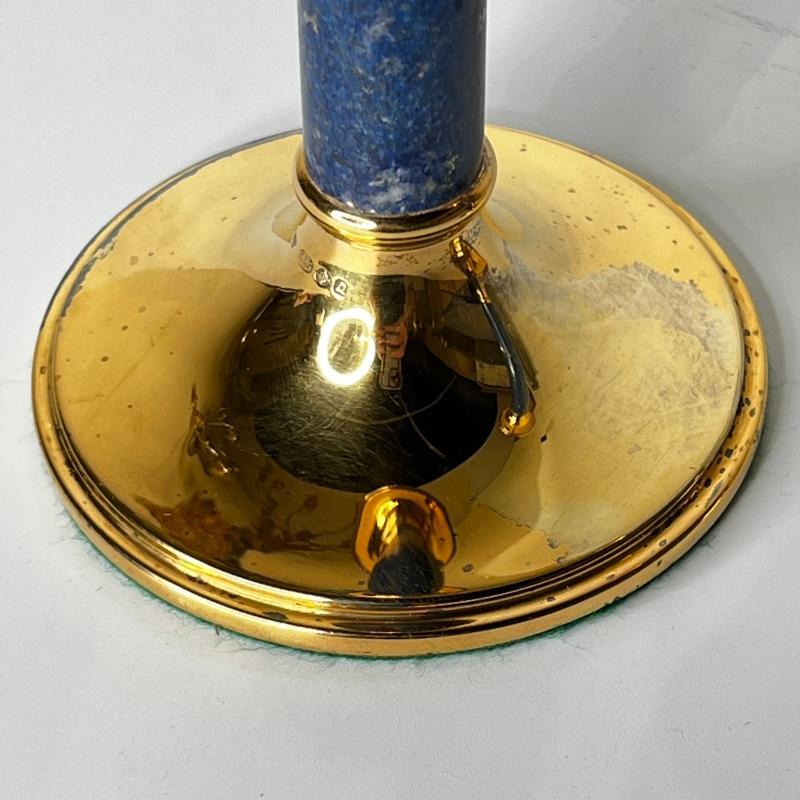 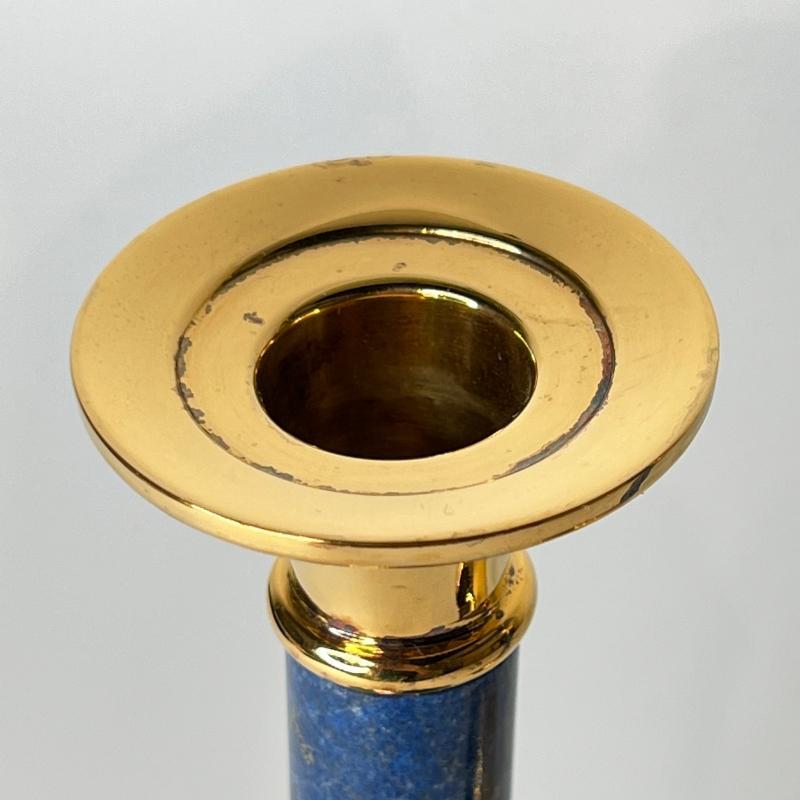 Our pair of gilt sterling silver candlesticks with sodalite (that looks like lapis lazuli), circa 1960s to 1970s, come from the legendary London jewellers, Garrard and Company.  Each 7 1/4 by 3 1/2 inches.  Each with original green felt underneath with labels reading "Garrard, The crown Jewellers, 112 Regent Street, London W1A 2JJ".  Each marked 925, plus the mark of  Garrard & Co. Ltd., letter Q in script which is the London code for 1990, and the assay import mark.

Each in good condition.  There is rubbing wear to the gilt finishes and light scratches.

Founded in 1735 and formerly Asprey & Garrard Limited, Garrard & Co. Ltd. is known around the world for their jewelry and silver designs.  Garrard was the first official Crown Jeweller of the United Kingdom, having supplied jewels for Queen Victoria, and was responsible for the upkeep of the British Crown Jewels, from 1843 to 2007.  The firm is also known for creating beautiful decorative arts and even sporting trophies, including the Americas Cup, the ICC Cricket World Cup Trophy and a number of trophies for Royal Ascot in its role as Official Trophies and Silverware Supplier, which originally dates back to the first Gold Cup in 1842.