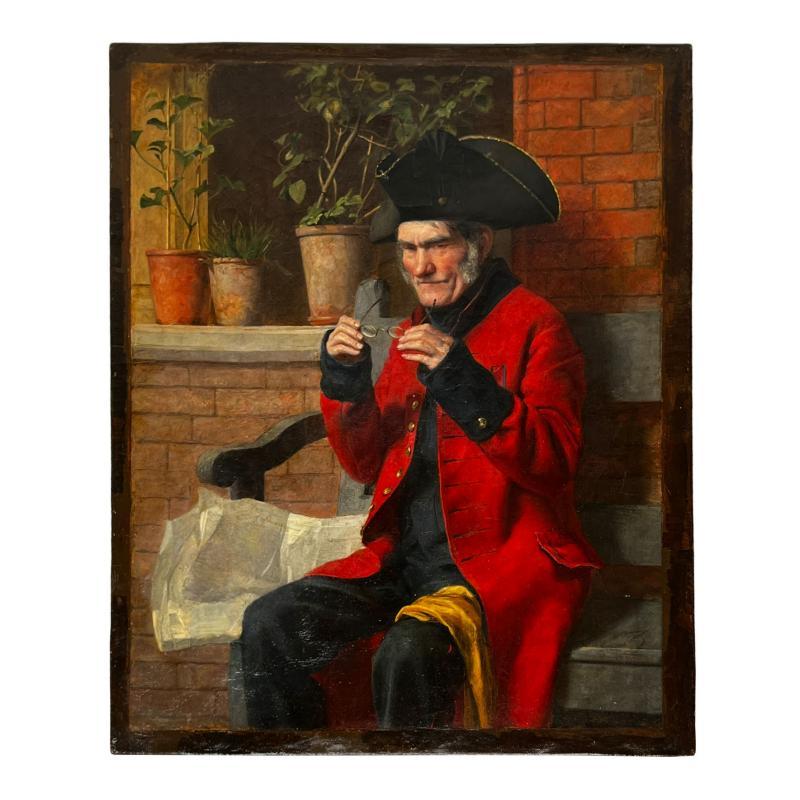 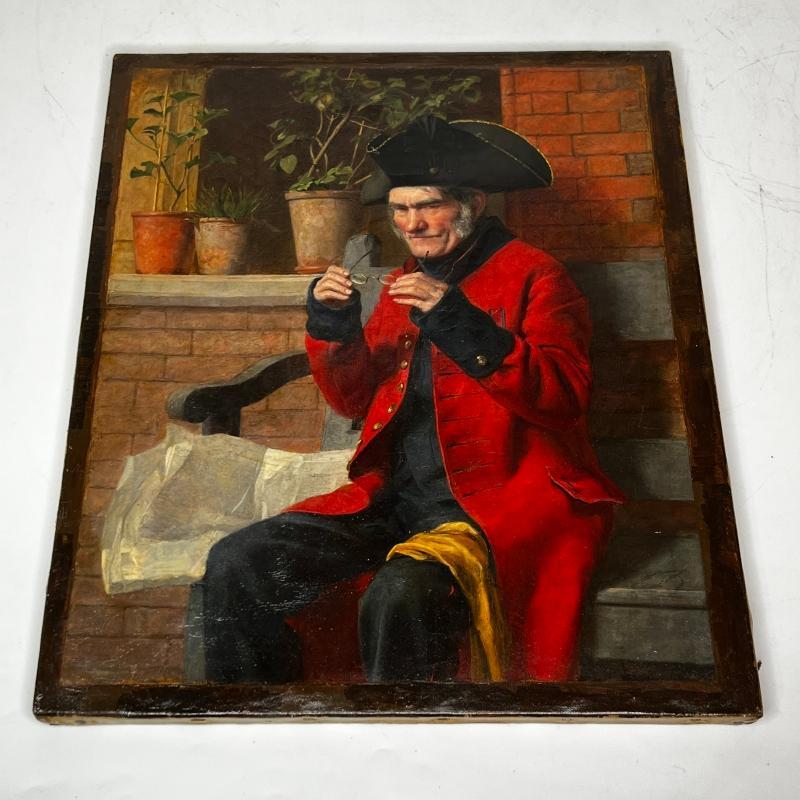 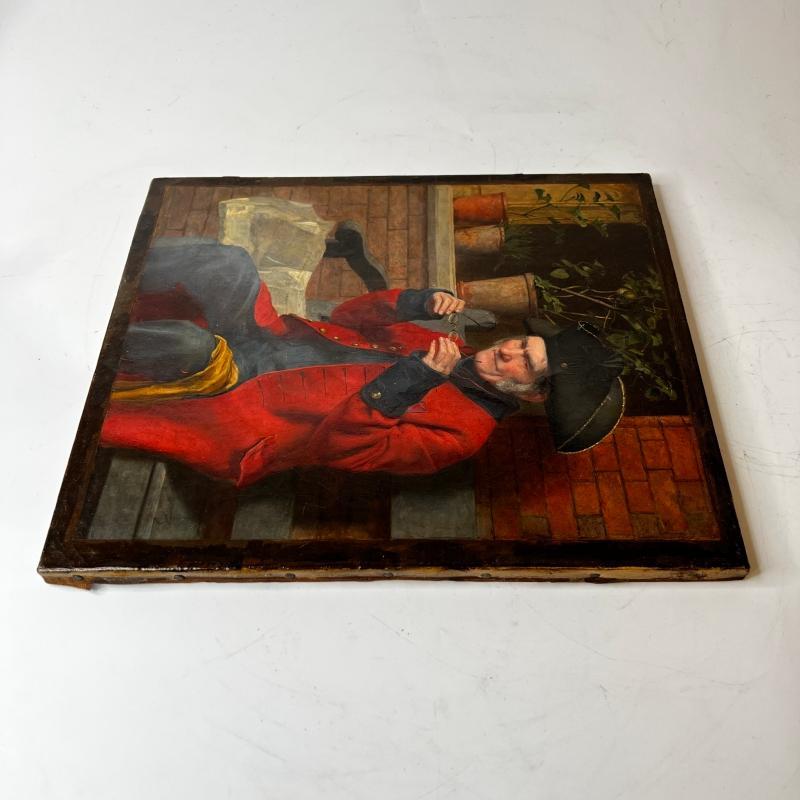 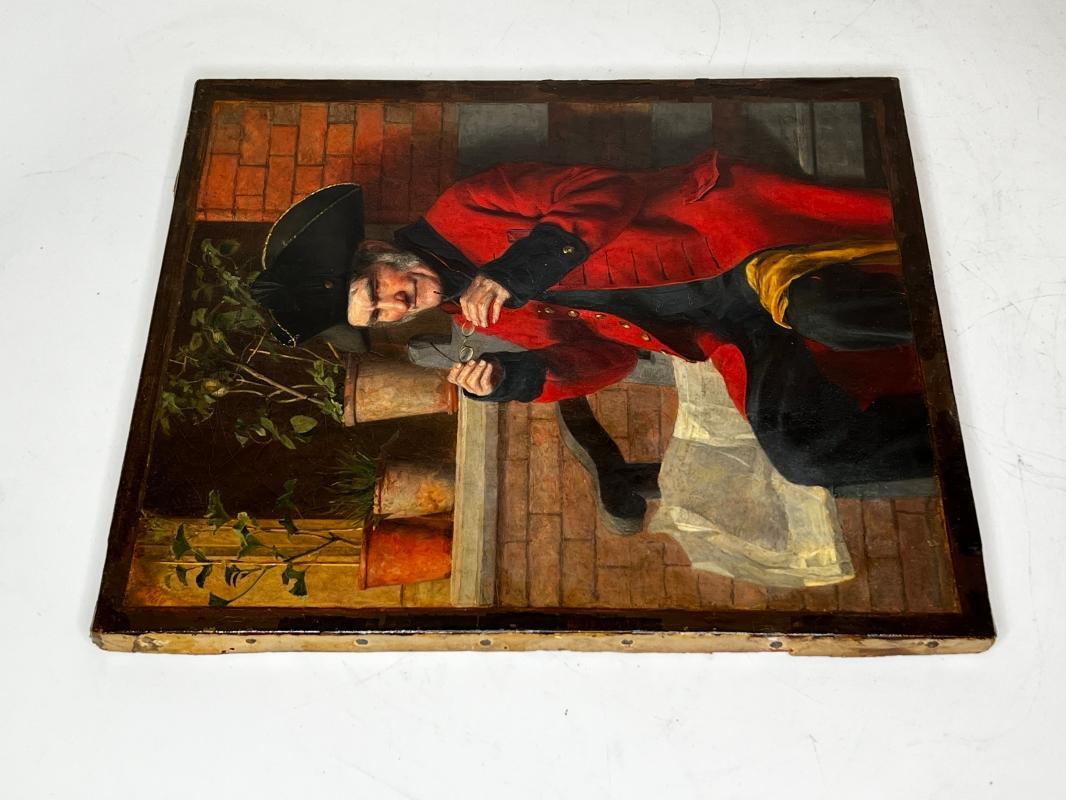 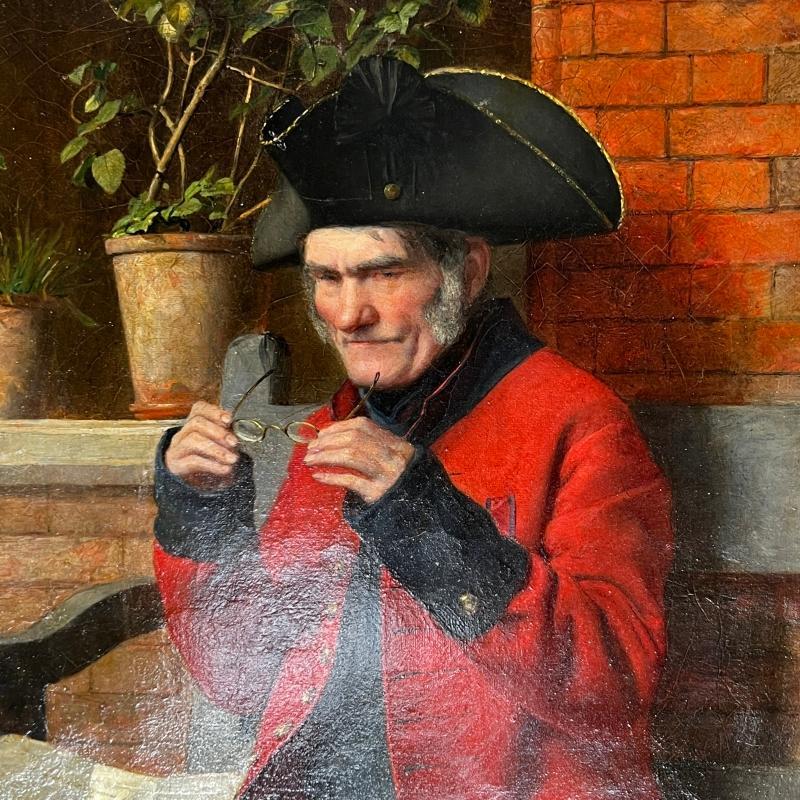 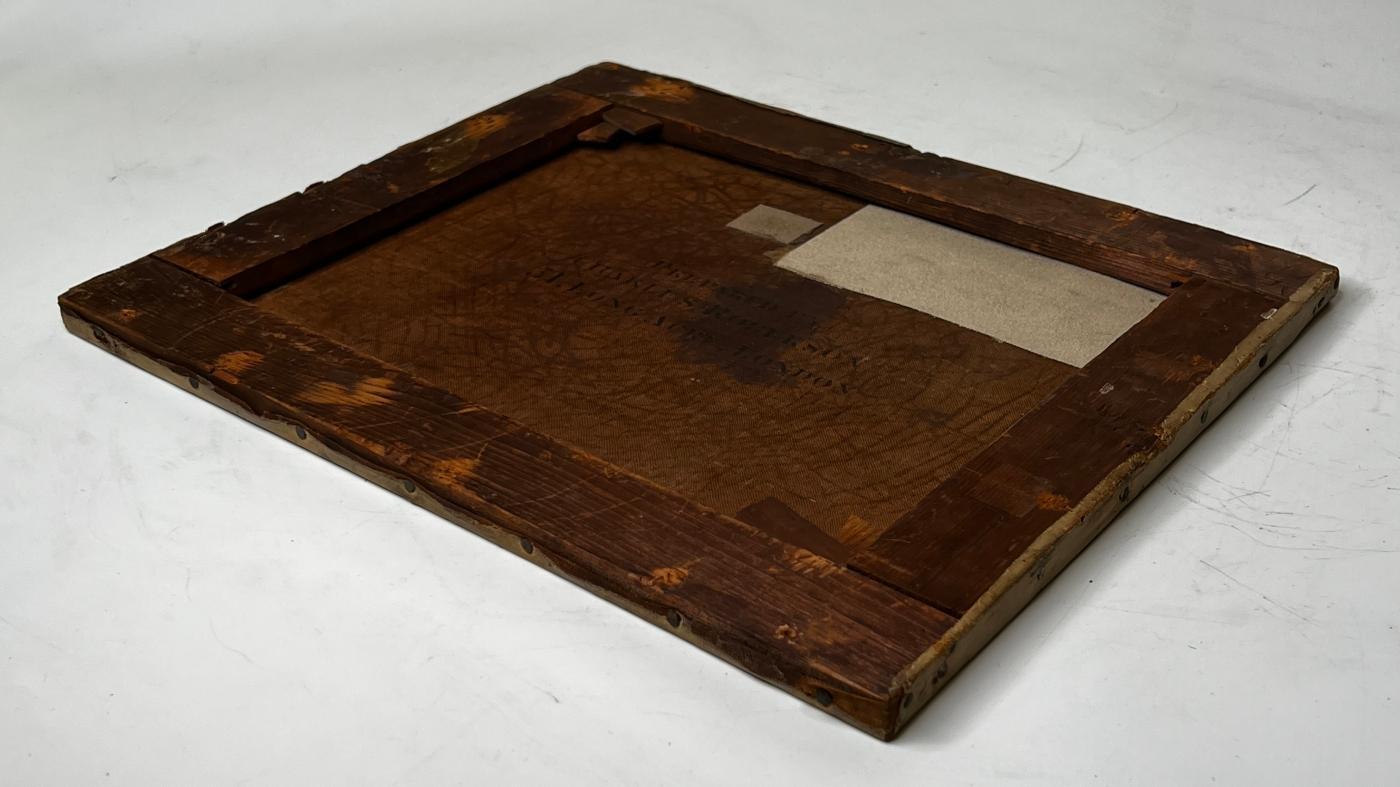 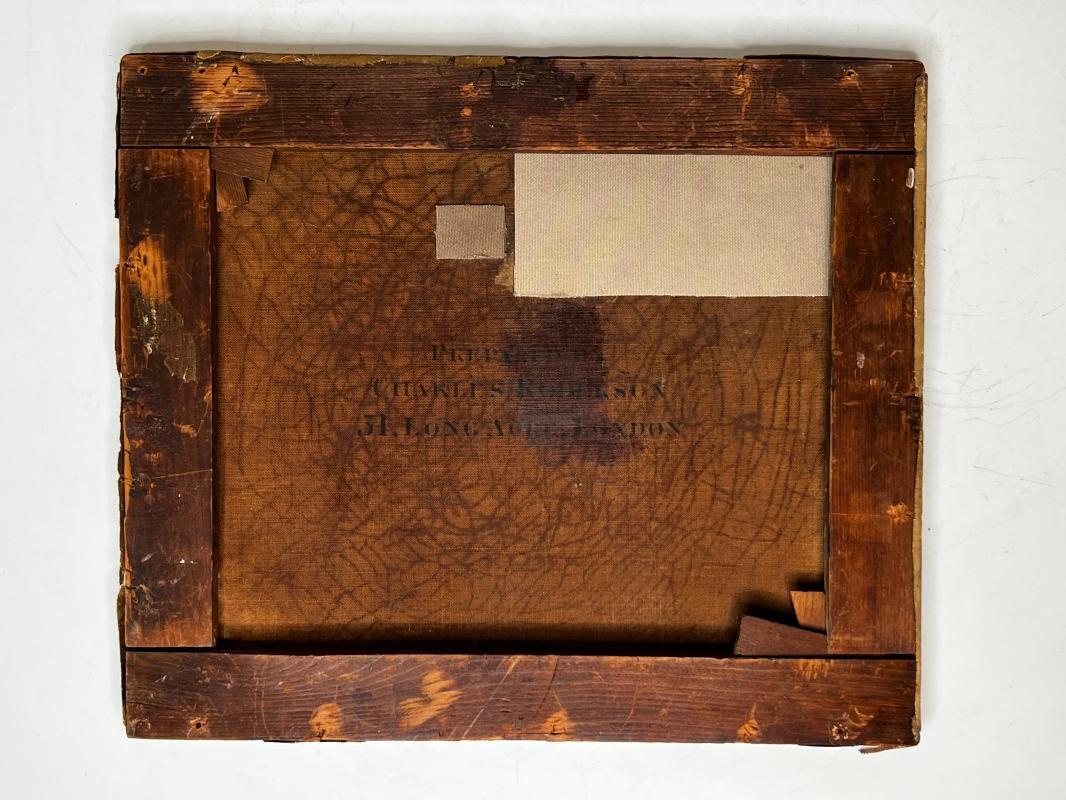 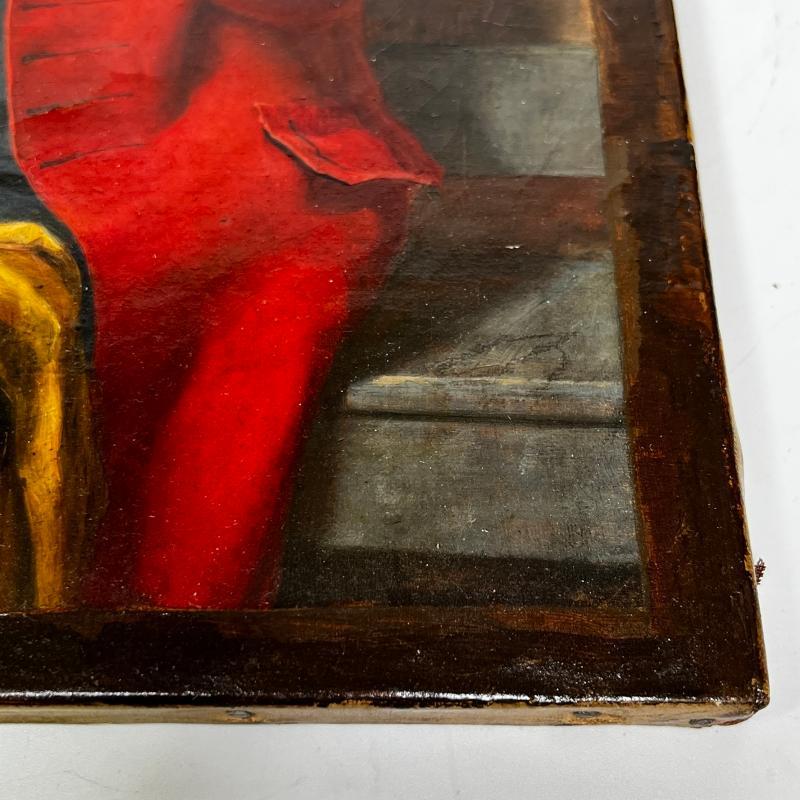 Our finely painted portrait in oil on canvas of an aged British gentleman dates from as early as 1840 and probably no later than 1853..  Canvas has the stenciled mark PREPARED BY CHARLES ROBERSON 51 LONG ACRE, LONDON.  Apparently signed indistinctly with two initials in lower right.  Stretcher approximately 14 3/4 by 11 1/2 inches.

Depicted is a seated, elderly man reading the newspaper and adjusting his spectacles, wearing a red long jacket with black cuffs and black tricorn felt hat with rosette cockade, in the style of the mid to late 18th century and particularly, of the style worn by infantry in the Revolutionary War.

In good condition. With relatively recent professional restoration to the lower left corner, including two canvas patches and inpainting.  We have still images and video of the surface taken under UV light that we can forward upon request.

Charles Roberson (1799-1876) opened his art supply business in 1819 and in 1828 entered into partnership with his assistant, Thomas Miller, and moved to 51 Long Acre in London.  The partnership dissolved in 1840, and Roberson remained at this address until 1853 when he moved to 99 Long Acre. The business remained in the Roberson family into the 20th century and today remains one of the oldest art supply businesses in the world.