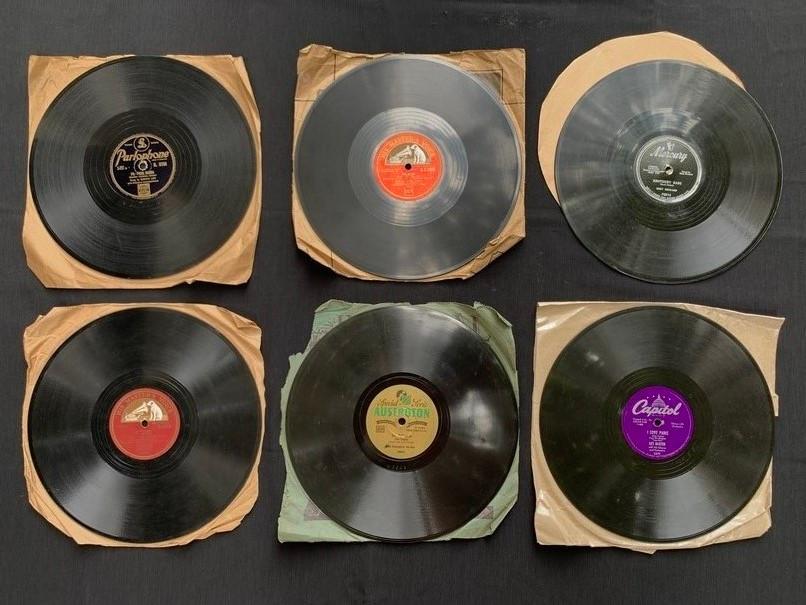 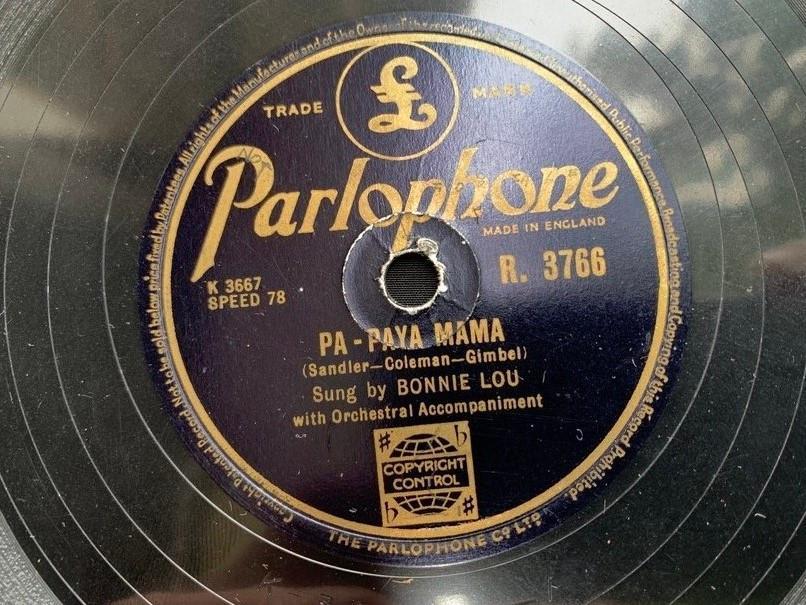 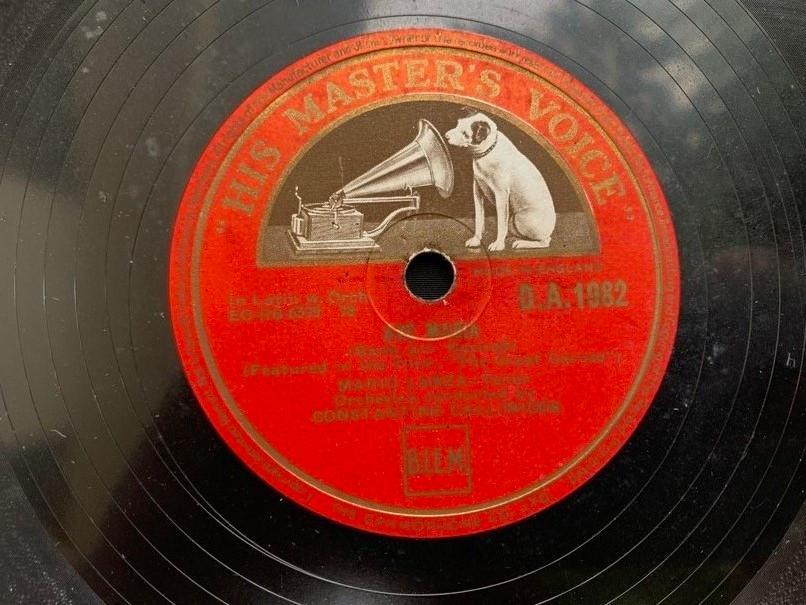 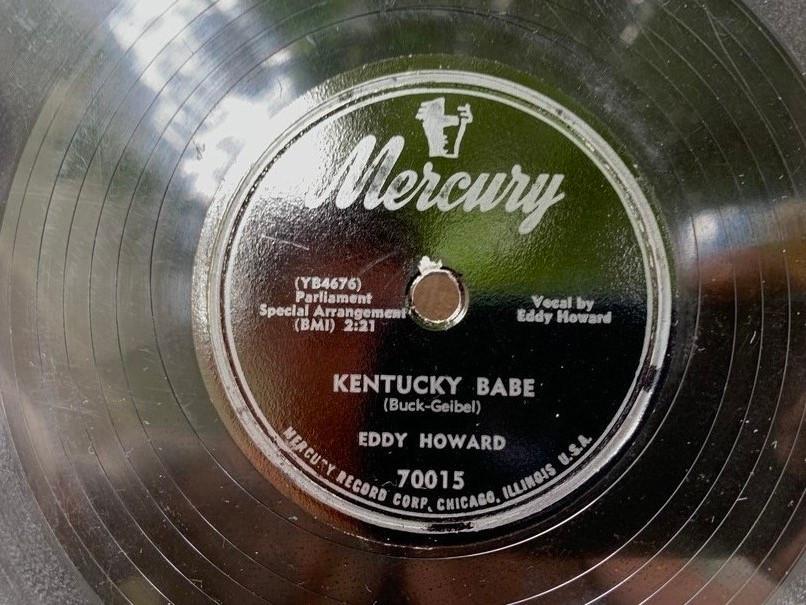 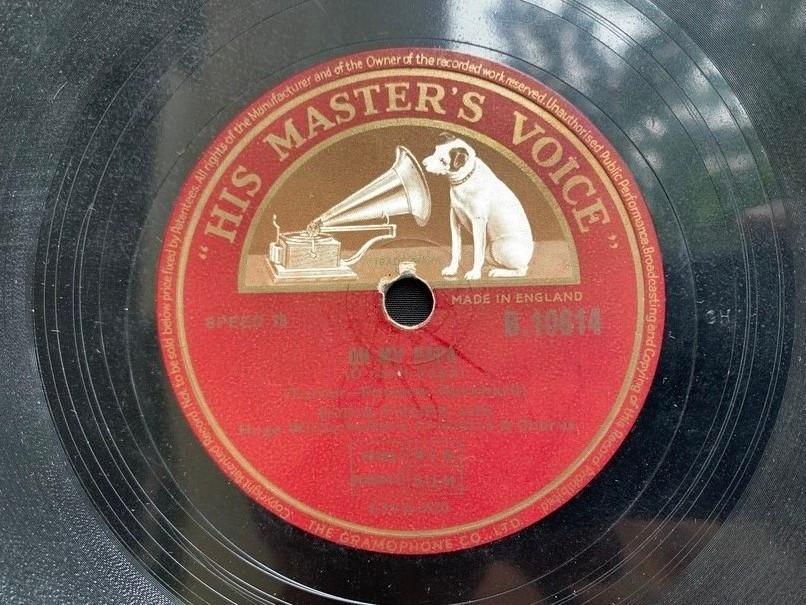 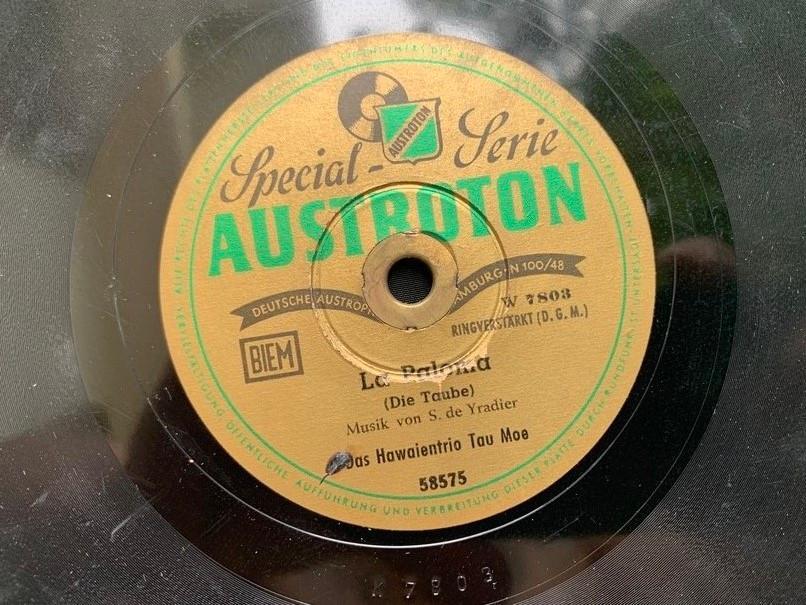 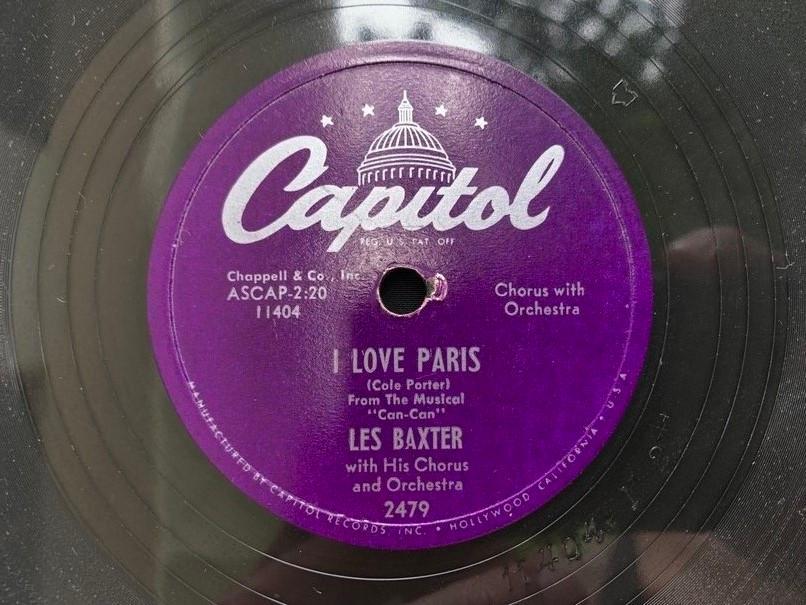 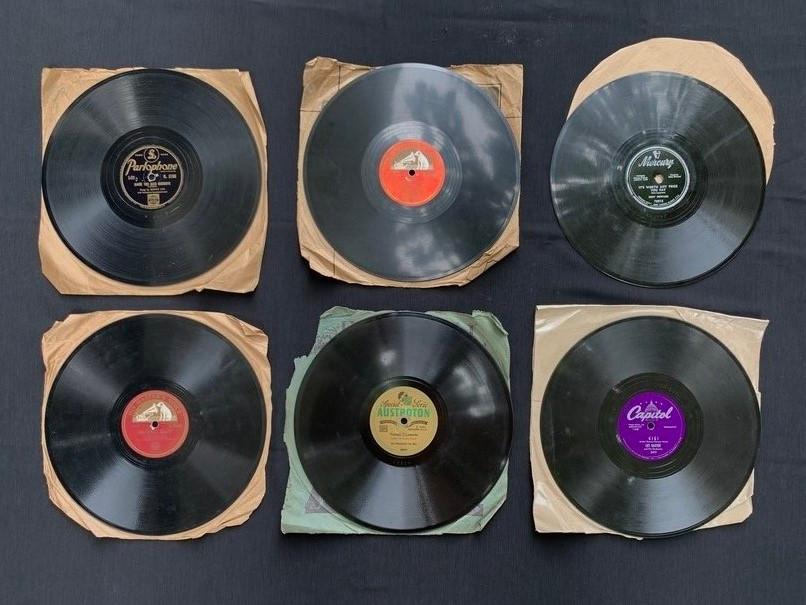 A collection of 6 old and vintage 78rpm(speed) Gramophone records. Used but in good working condition:

1.) Mercury Records: It's Worth Any Price You Pay(Dee-Lippman) and Kentucky Babe(Buck-Geibel). Vocal by: Eddy Howard
2.) The Master's Voice: Ave Maria D.A 1982
3.) The Master's Voice: Oh My Papa B.10614
4.) Parlophone: Since You Said Goodbye and Pa-Paya Mama sung by Bonnie Lou
5.) Capitol: Gigi (Rachel Thoreau-Florence Veron) and I Love Paris (Cole Porter) From the Musical Can Can by Les Baxter with his Chorus and Orchestra
6: Special- Serie Austroton: Toselli-Serenade Musik von Enrico Toselli and La Palonia (Die Taube) Musik von S. de Yradier

We also sell a list of other gramophone disc(subject to availability, hurry up!):

3.) Philips: Ain't She Sweet(Milton Ager / Yallen) and Why Do I Love You (Hammerstein ll / Kern)

4.) Mercury: The Flirt and No Time(Wayne-Lavello)

5.) Philips: I Never Saw The Show (T.Connor and his Orchestra) and How Did He Look(G.Shelly / A.Silver)

10.) Mercury: Almost Always(Lichty-Douglas-Lavere) and Am I Losing You(G.R Rolfson-E. Howard) EDDY HOWARD And His Orchestra

11.) Columbia: I Wish I Wuz("Slaughter Trail") and Sweetheart Of Yesterday(Sigman-Faith) THE BEVERLEY SISTERS

12.) Decca: If I Give My Heart To You and A Sky Blue Shirt And A Rainbow Tie

13.) Capitol: The Kids Who Pay(The Child's Side Of Life) and Tennessee Tango(Pee Wee King - Redd Stewart)

14.) Capitol: When Did We Leave Heaven?(Bullock: Whitting) and Mississippi Mambo

Wikipedia: A gramophone record is a flat disk that is usually made of plastic. The sound is recorded on a very fine line or groove which goes around and around in a spiral from the outside edge of the disk to the center. The phonograph plays the sound with a needle that touches the groove. A record usually has different music on each side. When made of vinyl they were also known as vinyl records. Most music made in the 20th century used this format.

Thomas Edison made early phonographs in the 1870s. He originally used tin foil to record the sound. Soon wax cylinders were used in place of the tin foil. The cylinders could be taken off the machine and put back on without destroying the recording. Although discs were made as early as 1888, it was not until 1902 that discs became more popular than cylinder records. Discs were first made of a shellac mixture, and later of polyvinyl chloride, often abbreviated as "vinyl". Singles usually carried only one or two songs or recordings. EPs (extended play records) carried from three to five songs. Albums carried many more recordings; a dozen was normal, or from 30 to 45 minutes of playing time. These formats are still used today, with digital recordings, and playing time for singles and albums has grown considerably.

Vinyl records lost popularity but never went out of production. Now, in recent years vinyl is gaining popularity, while CD record shops have gone out of business, more and more vinyl only record shops are opening. Many argue the higher sound quality of vinyl compared to newer formats.