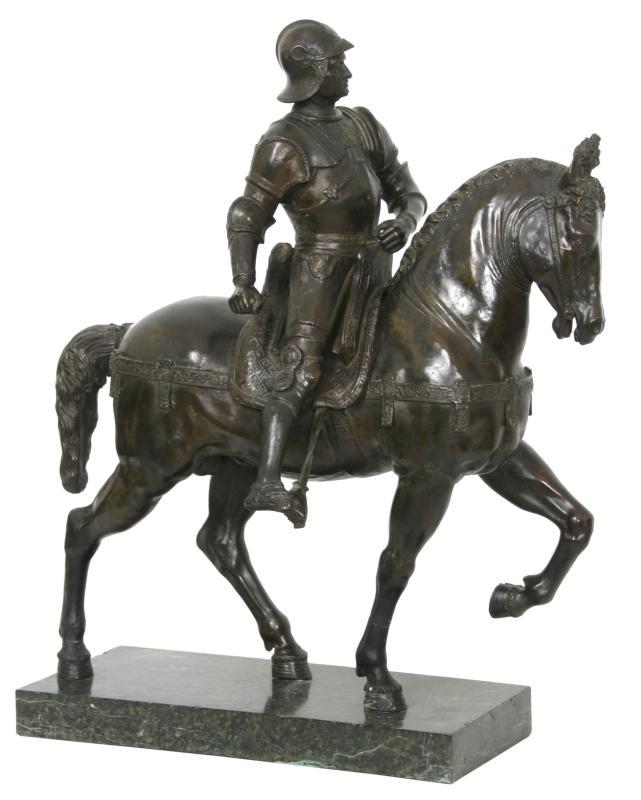 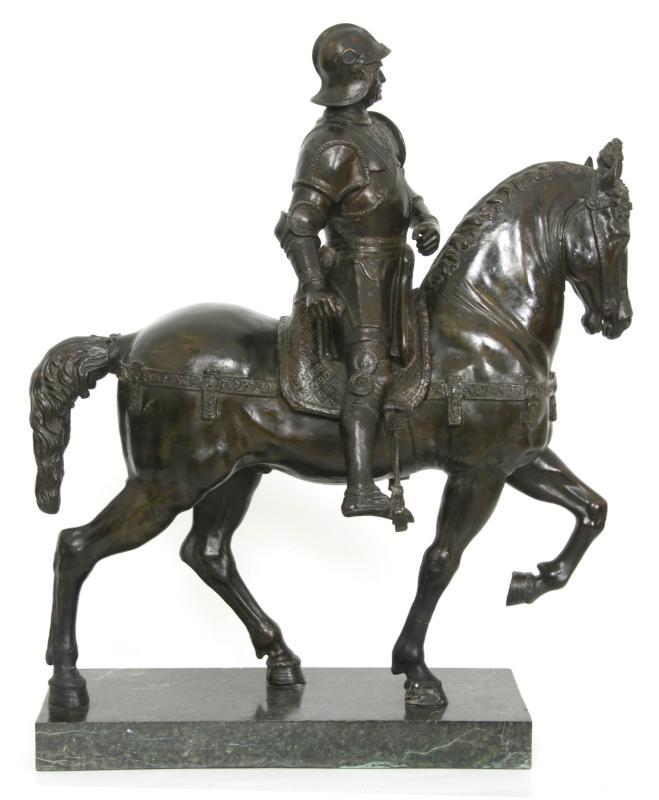 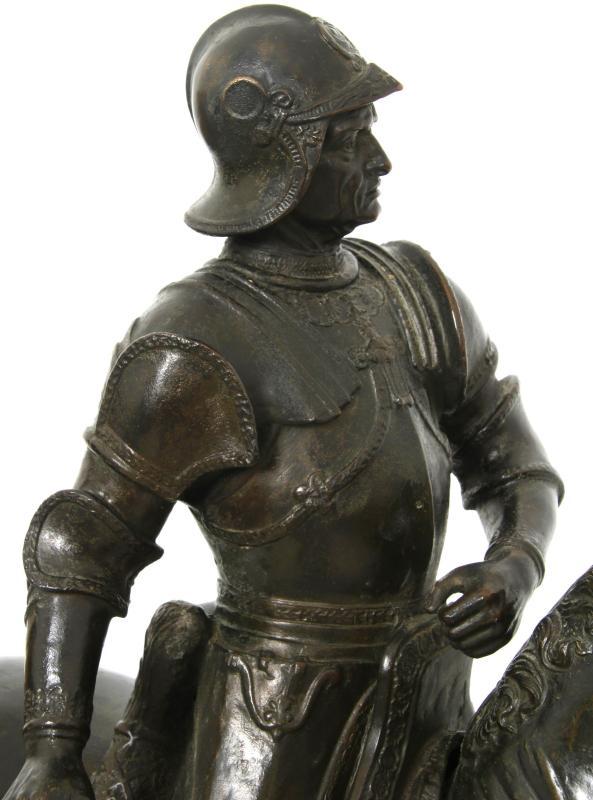 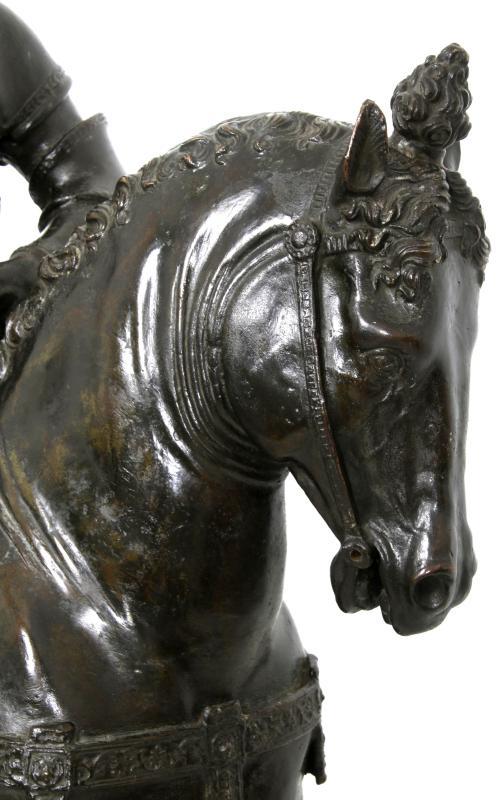 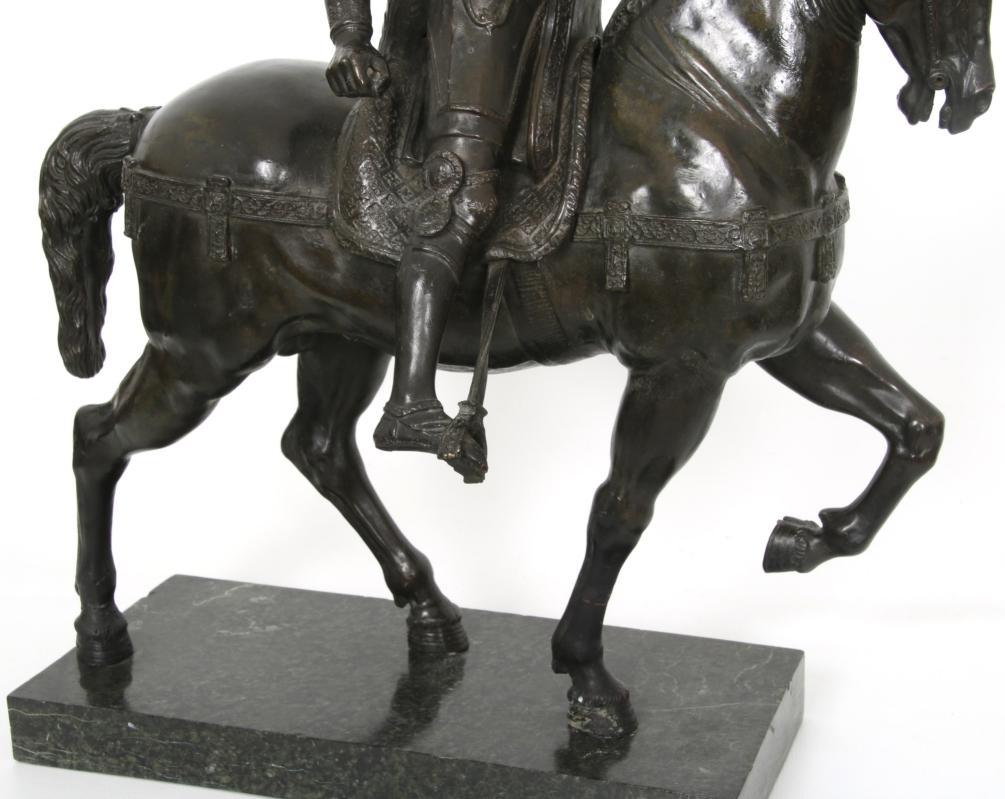 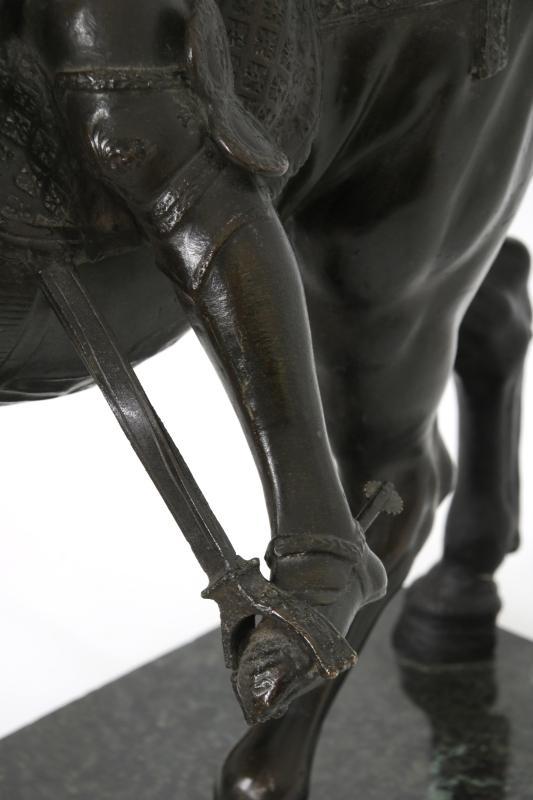 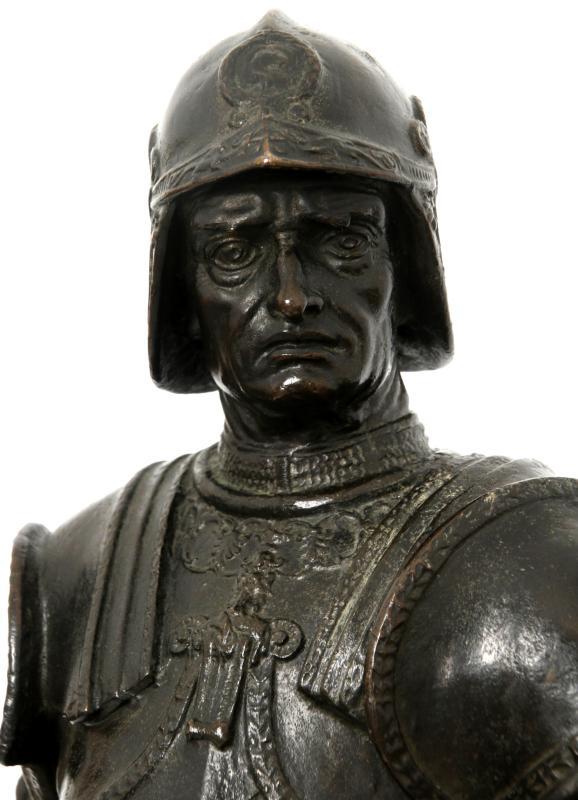 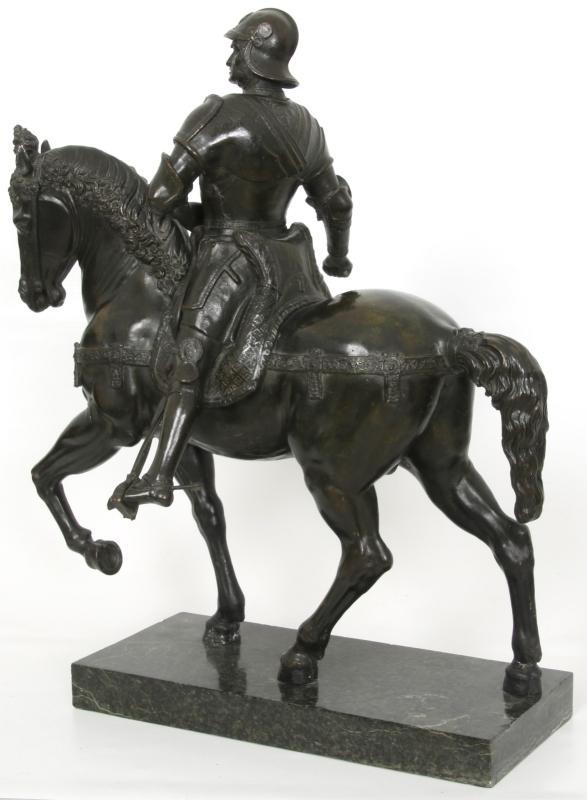 Our very large (29.5 inch tall), grand tour bronze on marble pedestal, after the original by Andrea Del Verrocchio, depicts the Equestrian Statue of Bartolomeo Colleoni (1400-1475) of Venice, Italy.   It shows Colleoni as a condottieri in military attire, on horseback.  It dates from the nineteenth century and is in good condition.  There is a repair to the rear foot, missing sword, stirrup and reins.  Approximately 70 lbs.

Colleoni was captain general of the Republic of Venice.  The original statue was completed by Andrea del Verrocchio in 1488, and is considered the second major equestrian statue of the Italian Renaissance period, after the statue of Gattamelata completed in 1453 by Donatello.