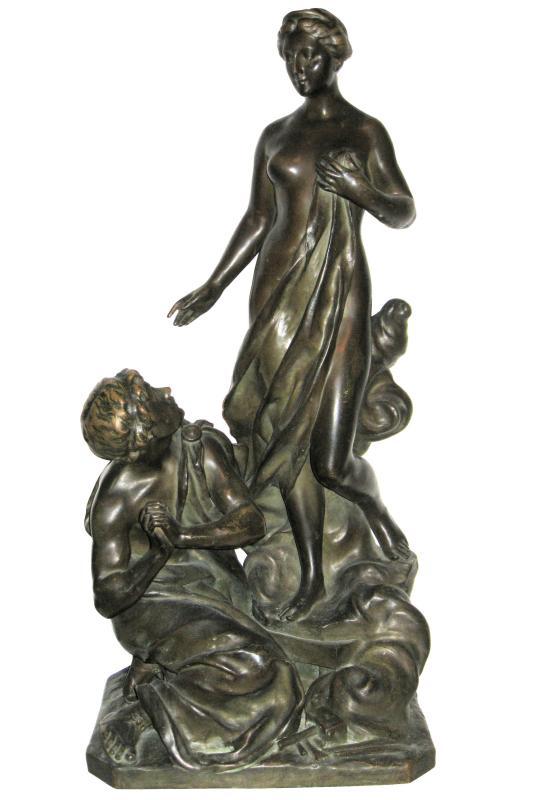 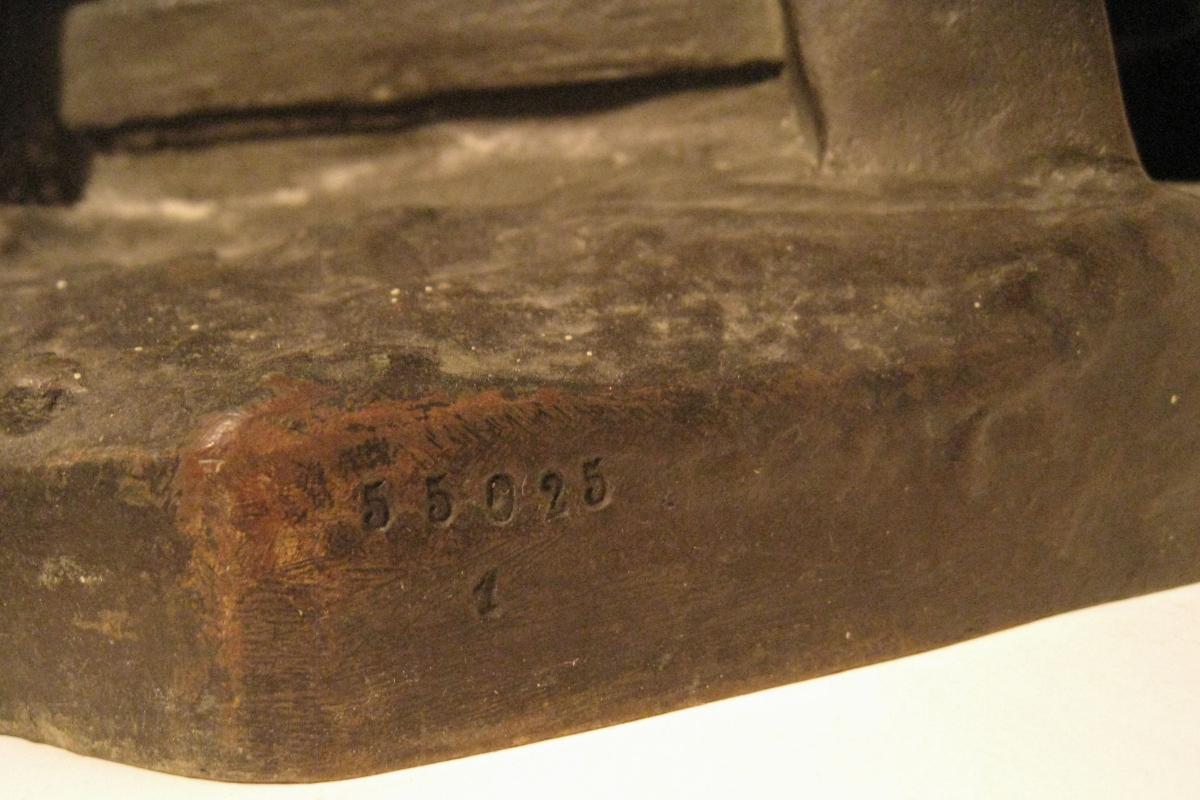 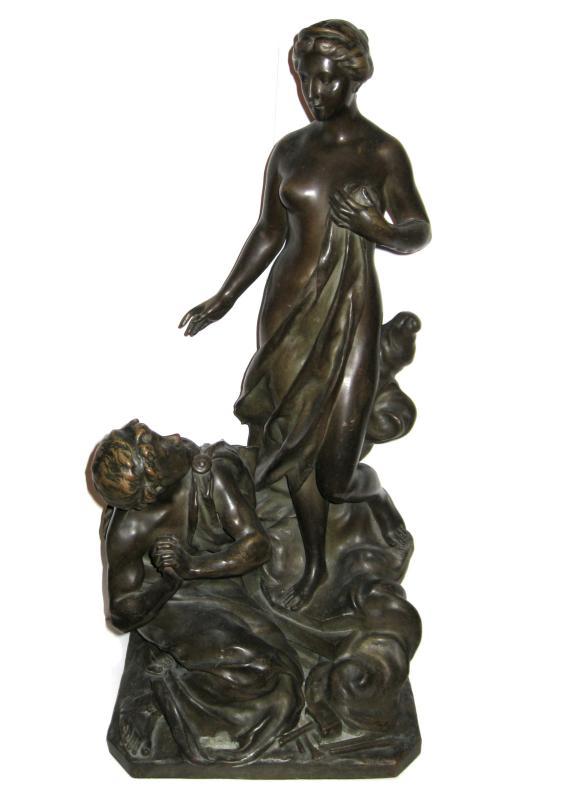 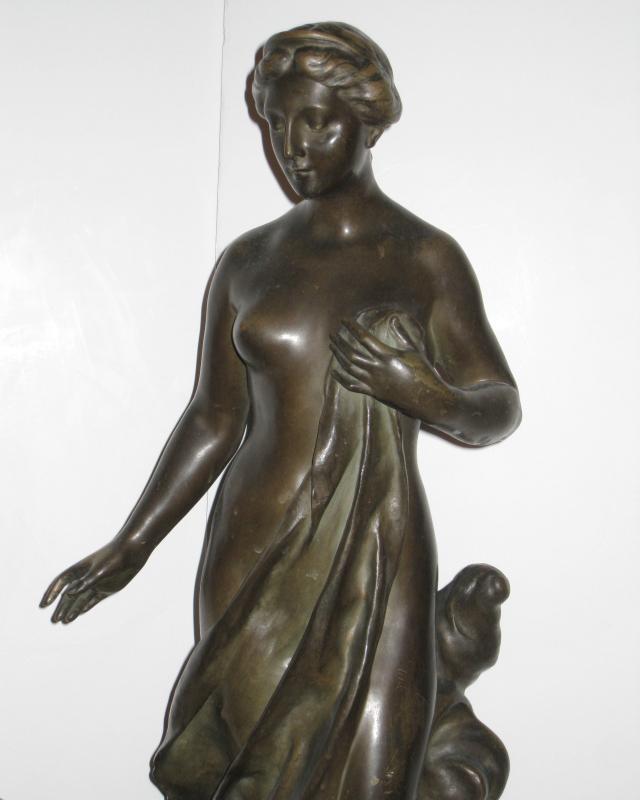 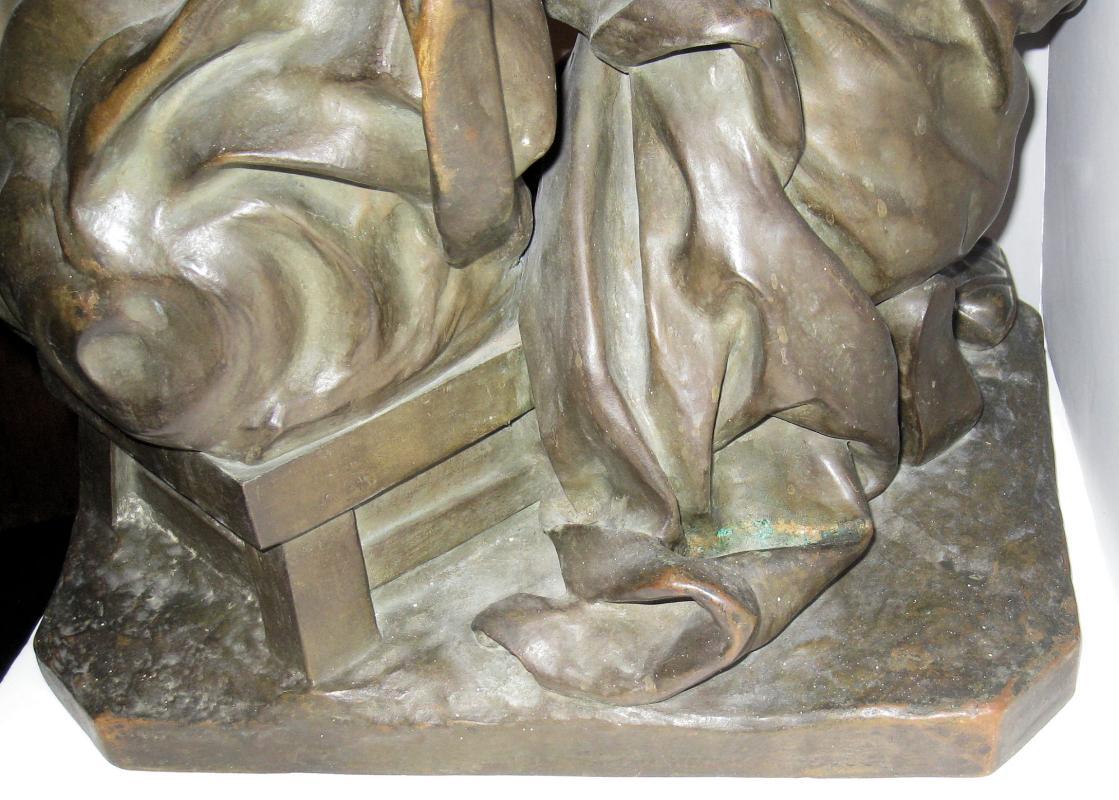 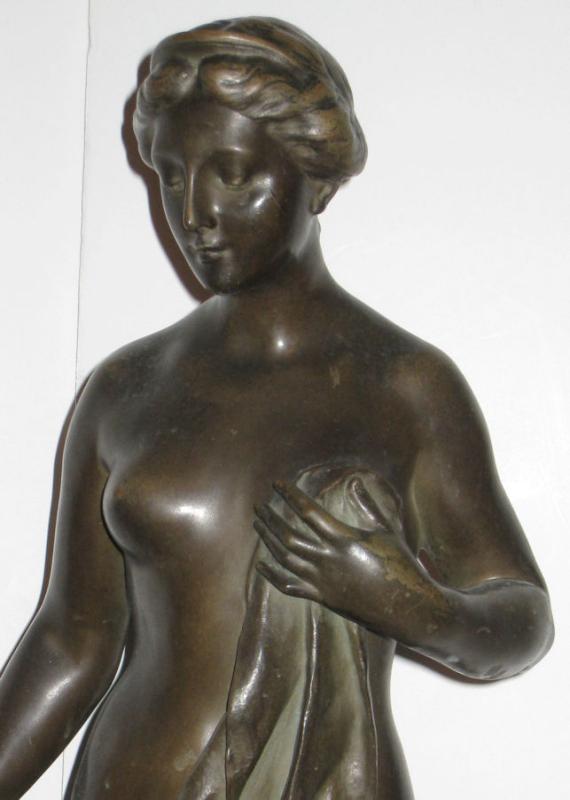 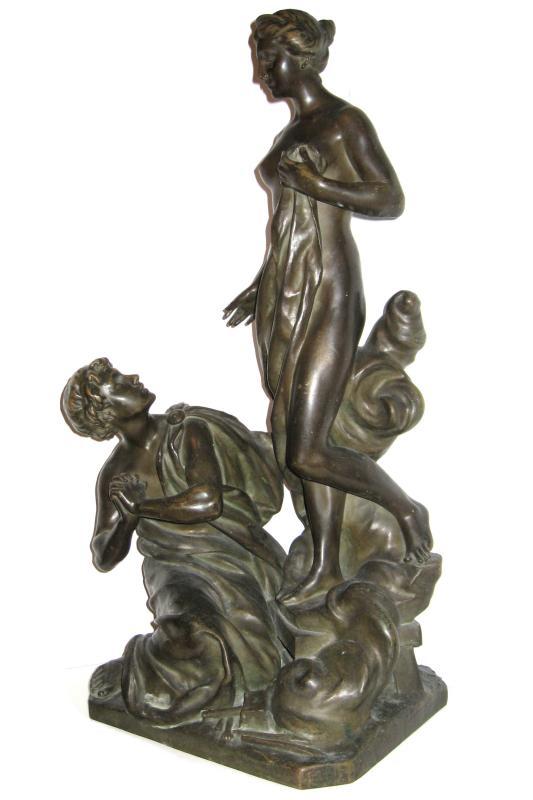 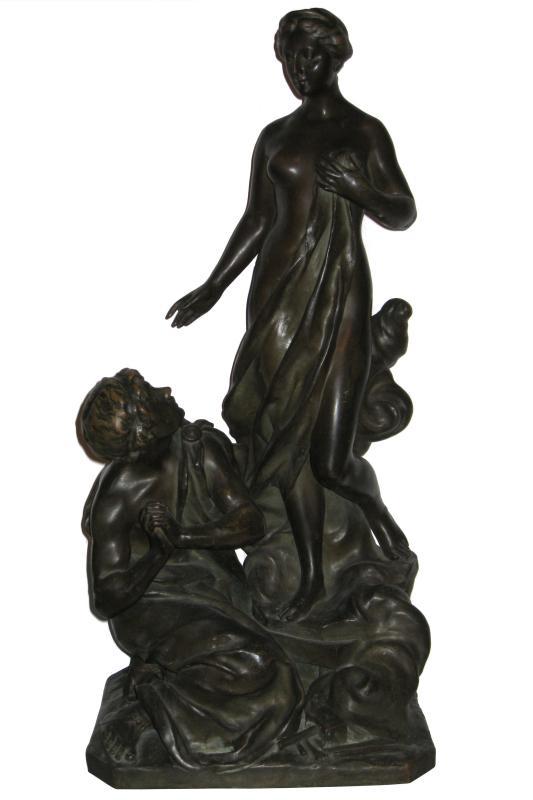 This is an impressive bronze depicting the Greek mythological figures, Pygmalion and Galatea, measuring 30.75" by 14" by 12", after Henri Godet (1863-1937). It is unsigned with no foundry mark, but numbered 55025 and 1 on the side of the base. It is believed to date from the late nineteenth to early twentieth century.  Like Henri Crous Vidal, Godet studied in Paris with the influential sculptor, Mathurin Moreau (1822-1912).  He exhibited at the Paris salon and notably in 1896 at the Salon de la Societe Nationale des Beaux-Arts.  (Source:  Benezit Dictionary of Artists.)

According to wikipedia, Pygmalion was a sculptor who had never found a woman worthy of his love. Aphrodite took pity on him and decided to show him the wonders of love. One day, Pygmalion was inspired by a dream of Aphrodite to make a woman out of ivory resembling her image, and he called her Galatea. He fell in love with the statue and decided he could not live without her. He prayed to Aphrodite, who carried out the final phase of her plan and brought the exquisite sculpture to life. Pygmalion loved Galatea and they were soon married. Another version of this myth tells that the women of the village in which Pygmalion lived grew angry that he had not married. They all asked Aphrodite to force him to marry. Aphrodite accepted and went that very night to Pygmalion, and asked him to pick a woman to marry. She told him that if he did not pick one, she would do so for him. Not wanting to be married, he begged her for more time, asking that he be allowed to make a sculpture of Aphrodite before he had to choose his bride. Flattered, she accepted. Pygmalion spent a lot of time making small clay sculptures of the Goddess, claiming it was needed so he could pick the right pose. As he started making the actual sculpture he was shocked to discover he actually wanted to finish, even though he knew he would have to marry someone when he finished. The reason he wanted to finish it was that he had fallen in love with the sculpture. The more he worked on it, the more it changed, until it no longer resembled Aphrodite at all. At the very moment Pygmalion stepped away from the finished sculpture Aphrodite appeared and told him to choose his bride. Pygmalion chose the statue. Aphrodite told him that could not be, and asked him again to choose a bride. Pygmalion put his arms around the statue, and asked Aphrodite to turn him into a statue so he could be with her. Aphrodite took pity on him and brought the statue to life instead.