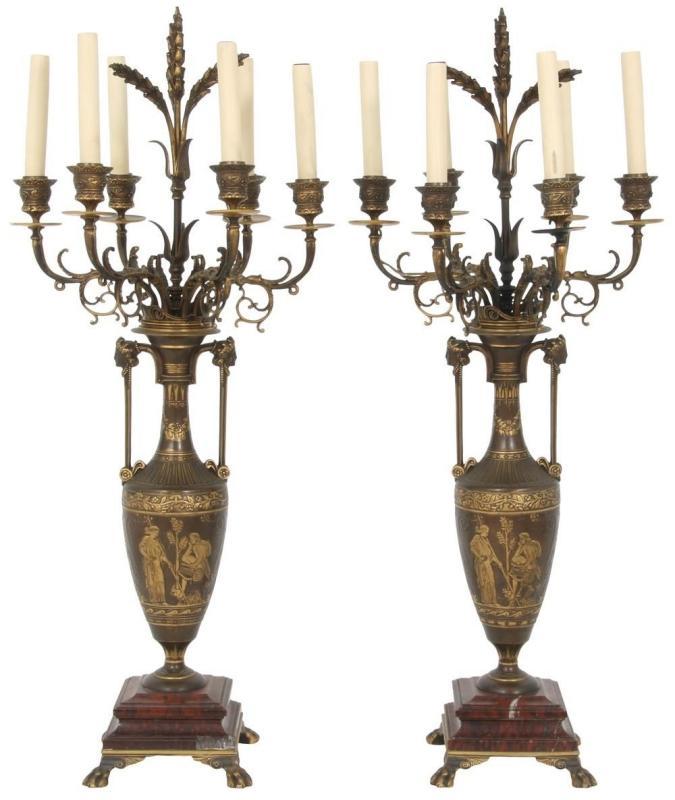 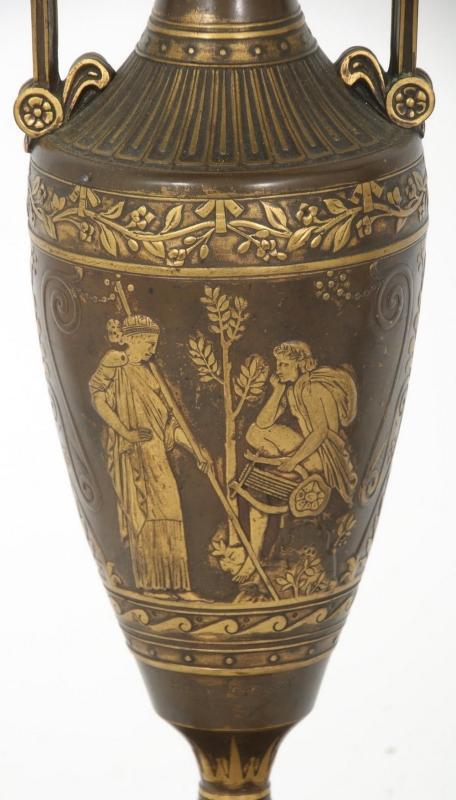 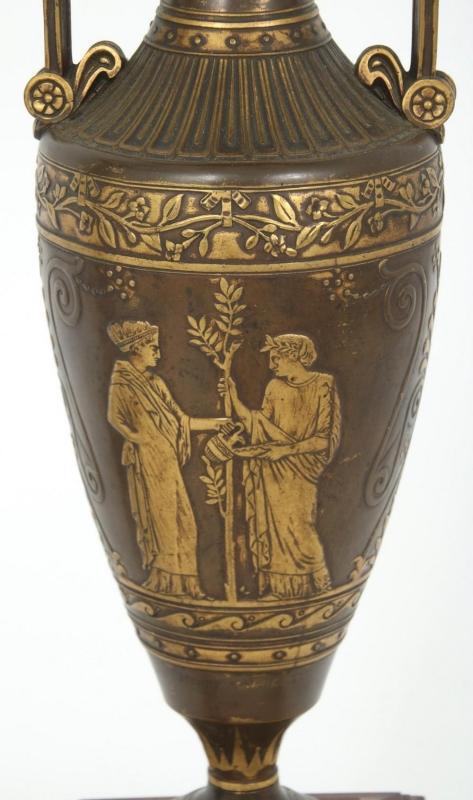 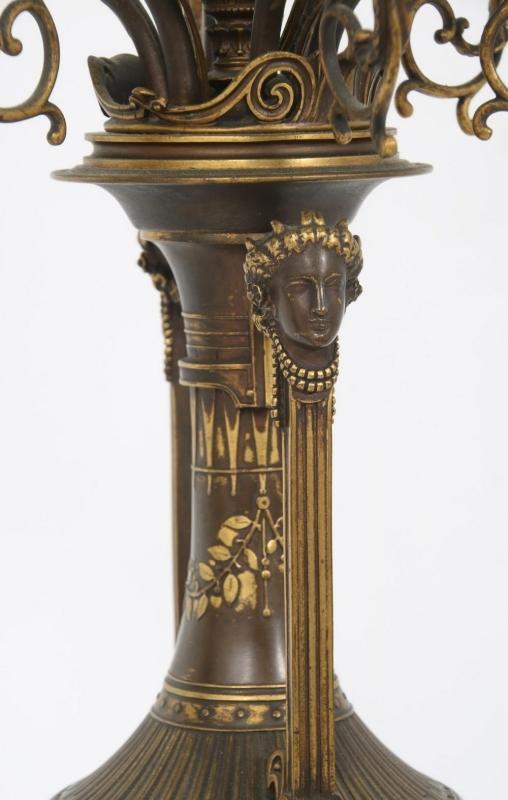 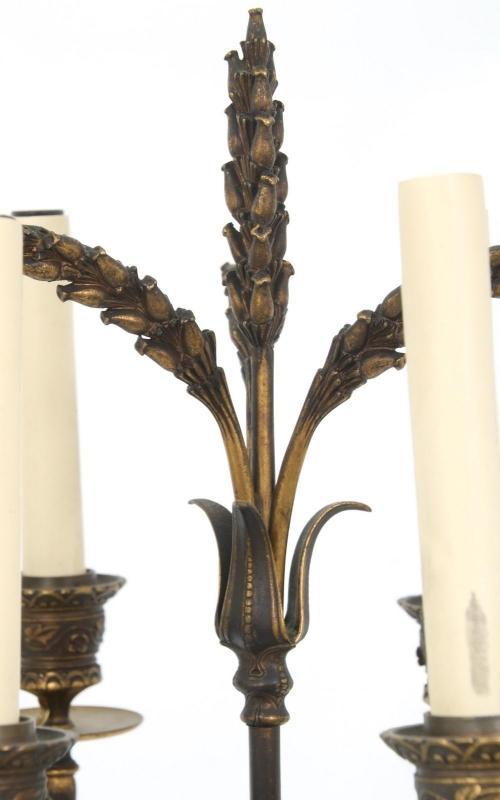 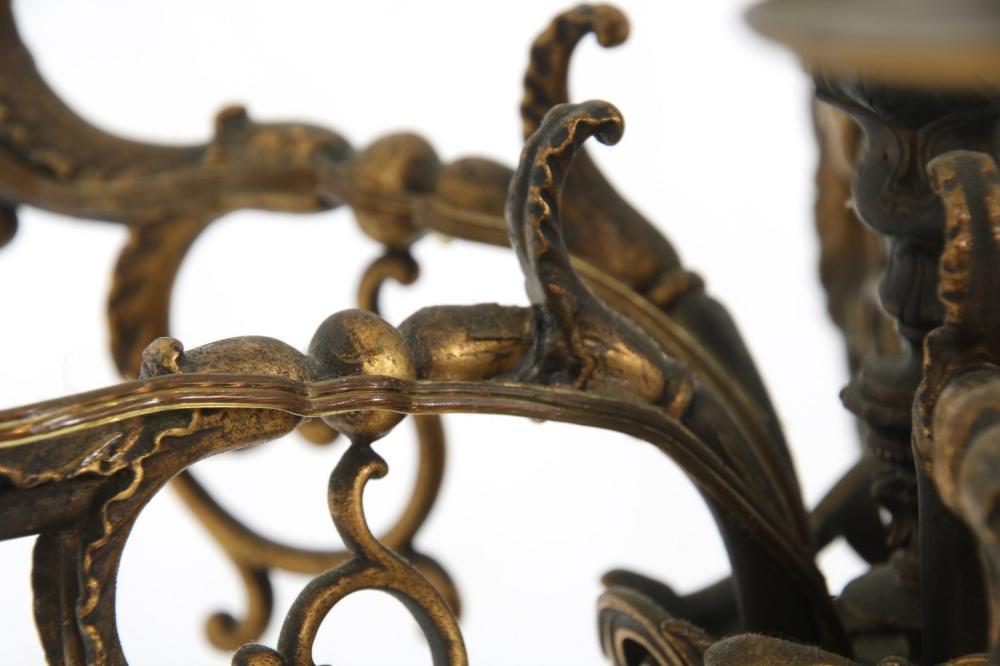 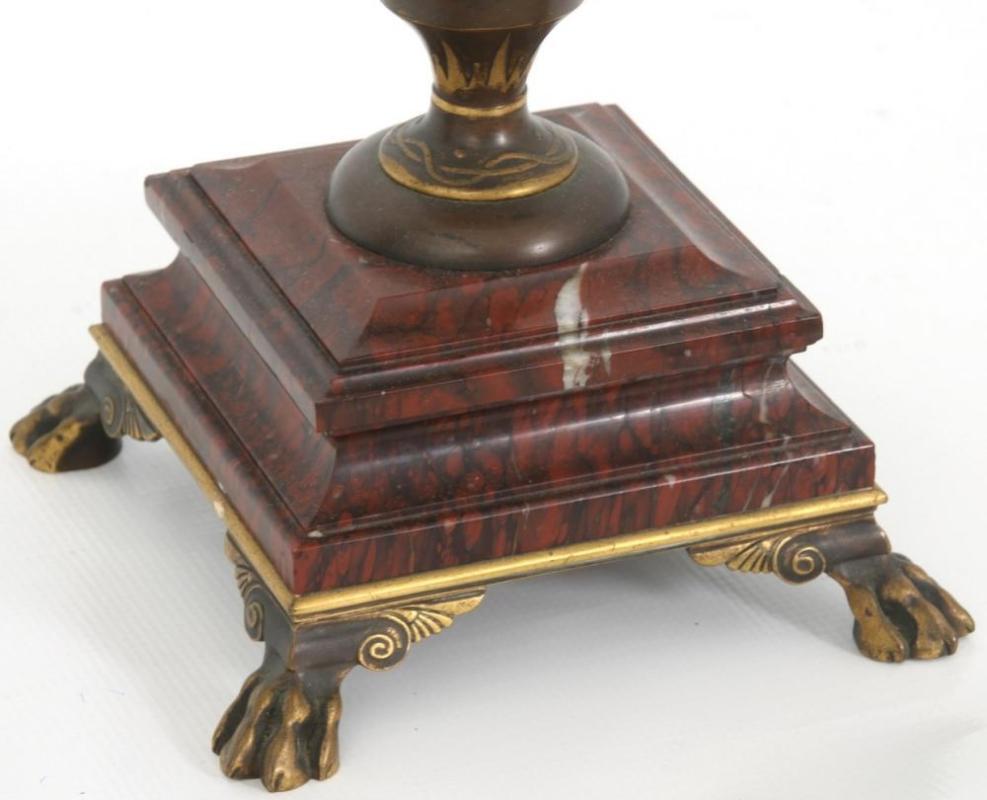 Our pair of Greek Revival bronze candelabra designed by Henry Cahieux (1825-1854) and cast by the Barbedienne foundry of Paris, feature the shape of a loutrophoros vase with elongated neck and handles with masks, seven candlearms and finial of wheat stalks, with sides decorated with figures in relief, and footed rouge marble pedestals. (The loutrophoros carried water for a bride's prenuptual bath ritual, and was commonly placed in the tombs of unmarried females.)  Each electrified with candelabra-sized sockets and wiring.  Signed "F. Barbedienne Fondeur" and "Henry Cahieux".

Condition of each is good. There are scratches, rubbing wear, scuffs, and slight bends to the candlearms.

Cahieux (1825-1854) was an artist and the lead designer for Ferdinand Barbedienne for a short period before his death from cholera, and known particularly for his designs in the Grecian style, such as this pair of bronze urns.  A pair of lamps designed for Barbedienne achived a grand prize at the Universelle Exposition of 1855.  The artist was succeeded by another brilliant young designer, Louis-Constant Sevin (1821-1888).