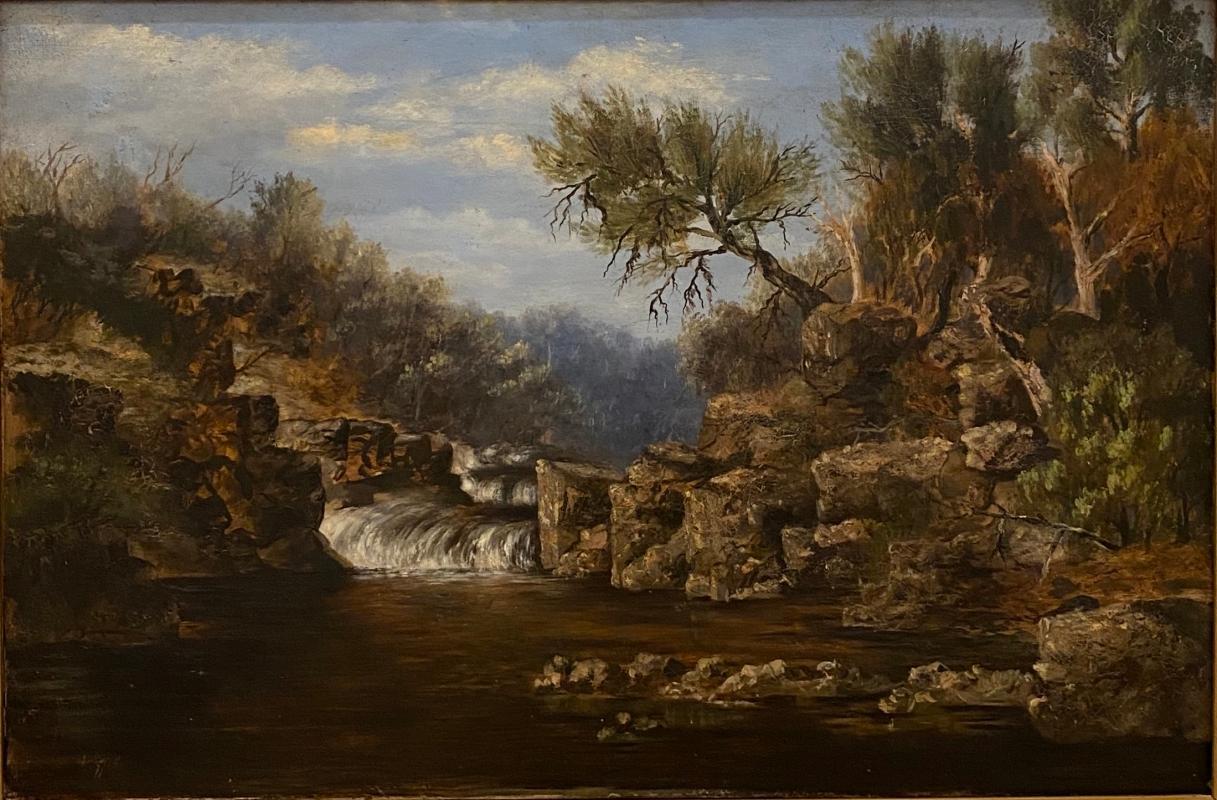 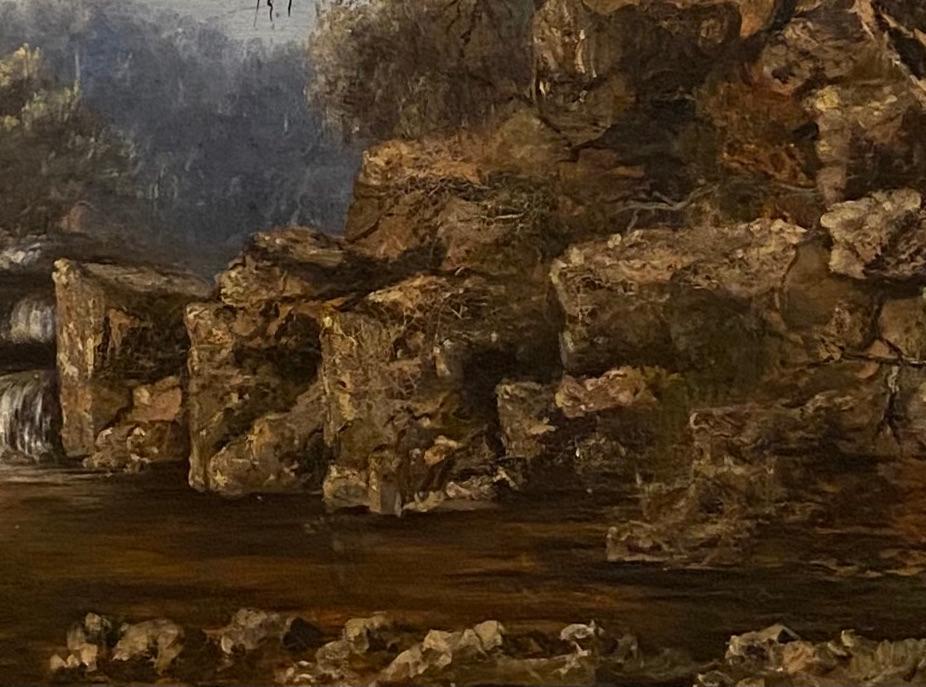 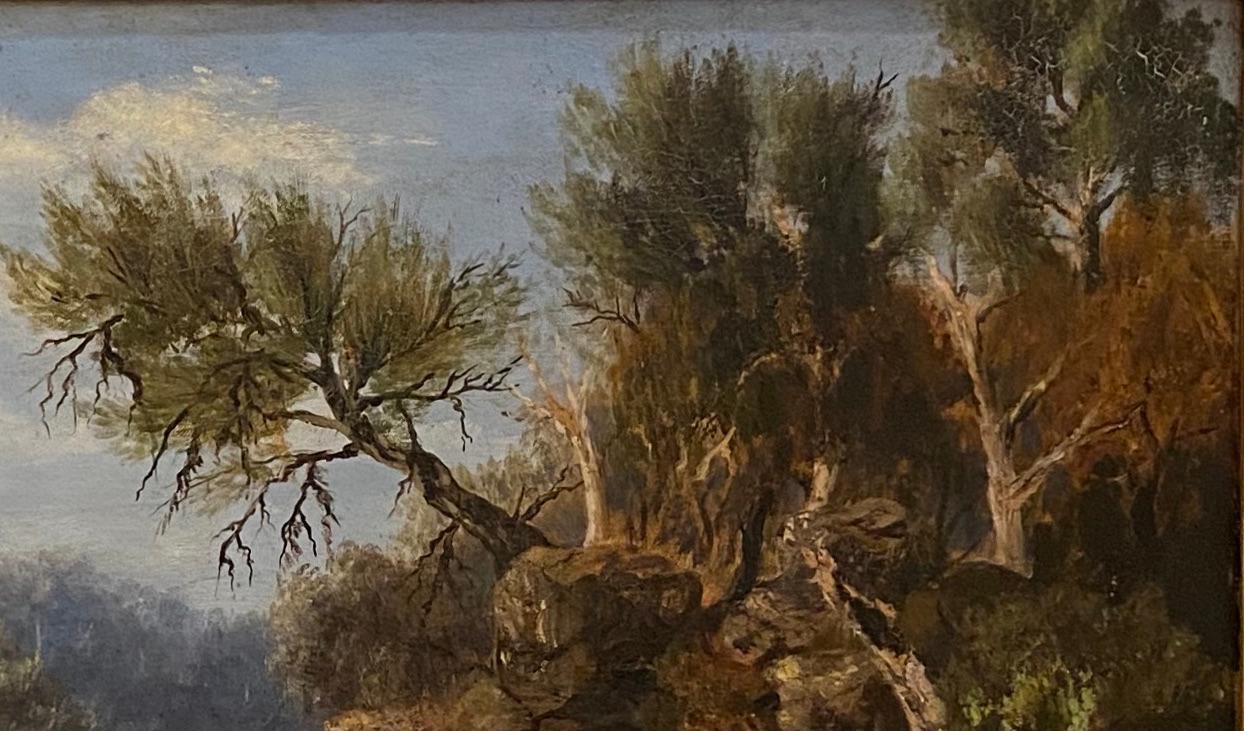 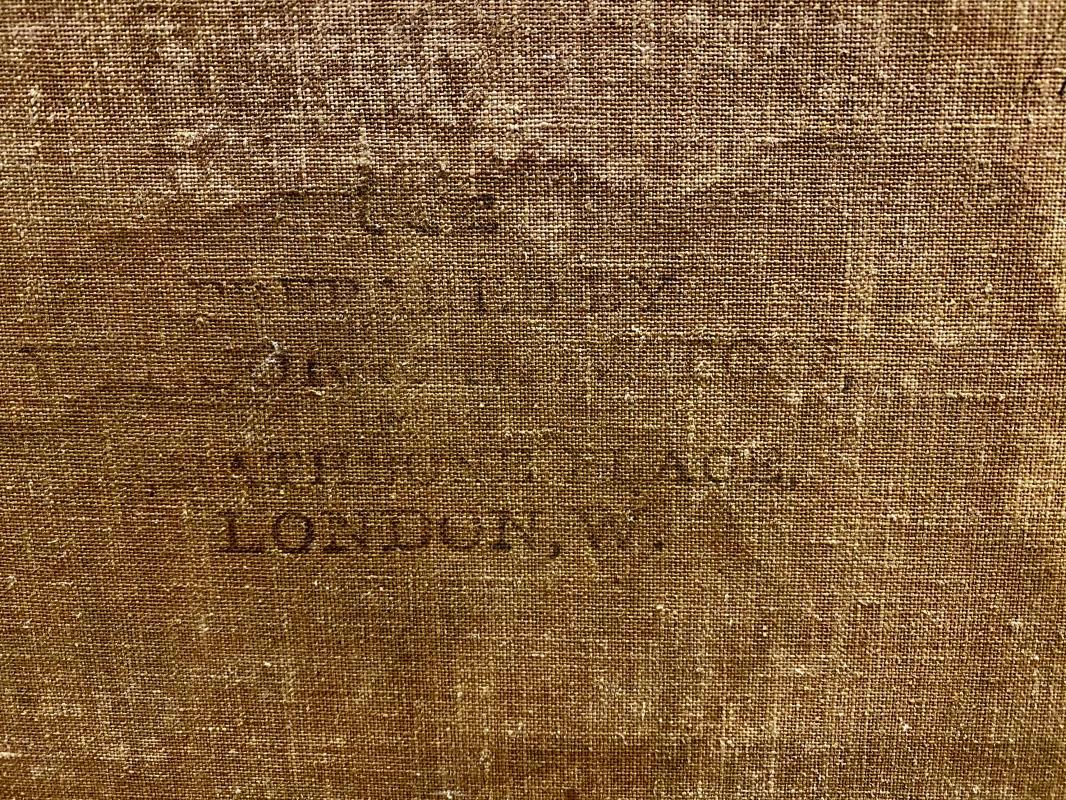 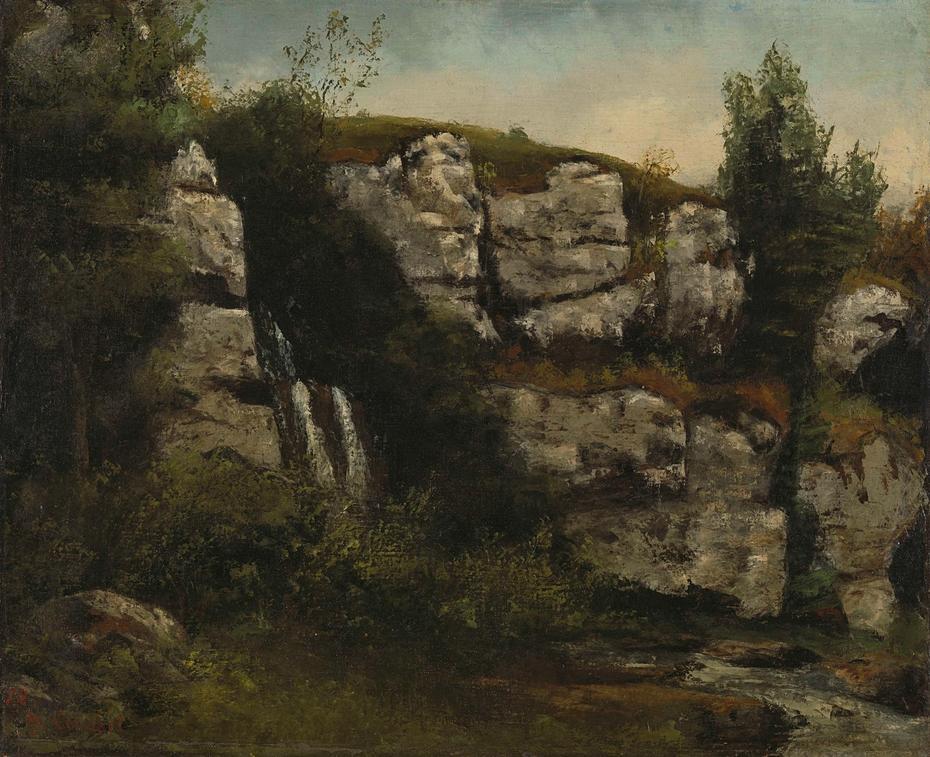 Gustave Courbet  (1819 – 1877) was a controversial French painter, who bridged the gap between Romanticism and the Impressionist school of painters. He was controversial not only because he addressed social issues with his work, such as peasants and the working condition of the poor, and the rural bourgeoisie, but also because of the unsentimental way in which he portrayed them. Unlike the Romantic school of painters, Courbet did not use smooth lines and soft forms. Instead, he employed spontaneous brush strokes and a roughness of paint texture, which indicated that he was observing his subject directly from life, and thus challenging the academic ideas of the way art should be painted. Because of his development of a realistic form of painting, Courbet was a celebrity and considered a genius. He also encouraged the perception of himself as an unschooled peasant.