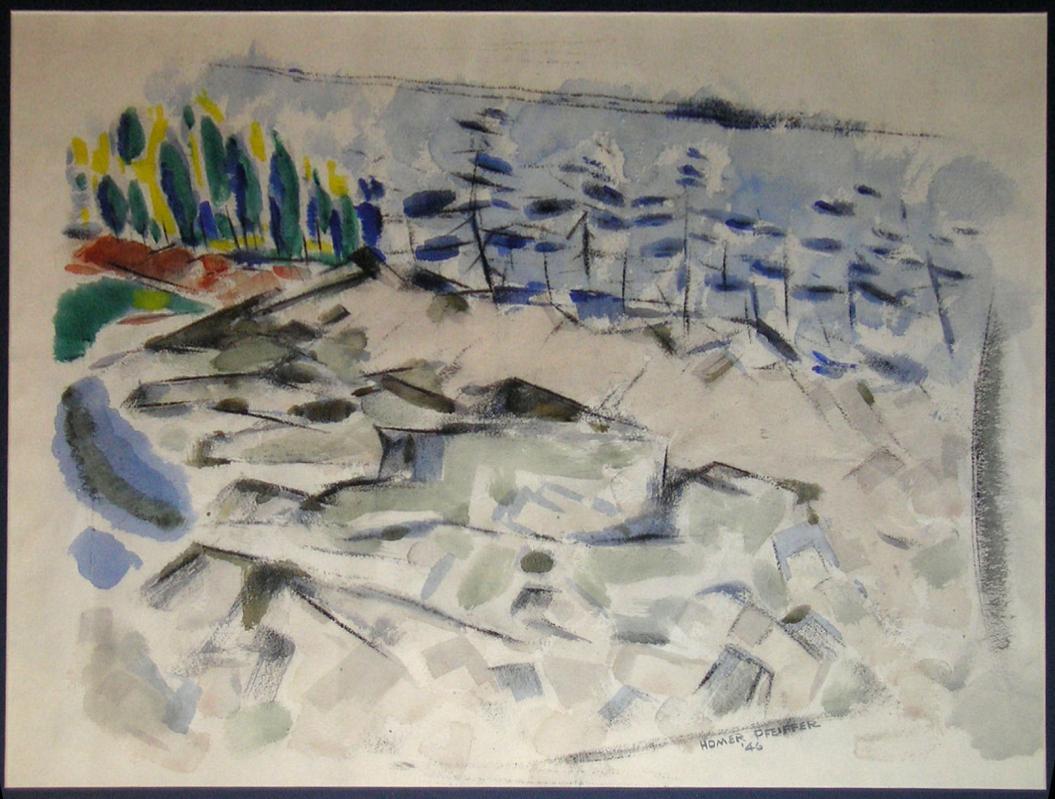 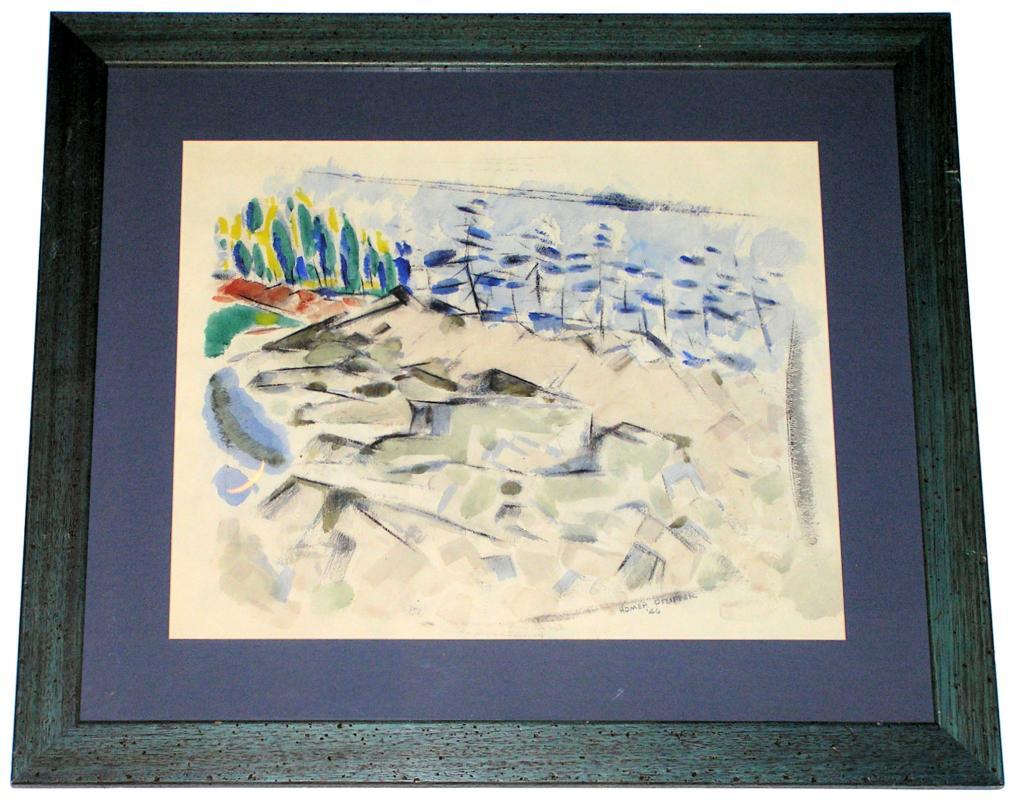 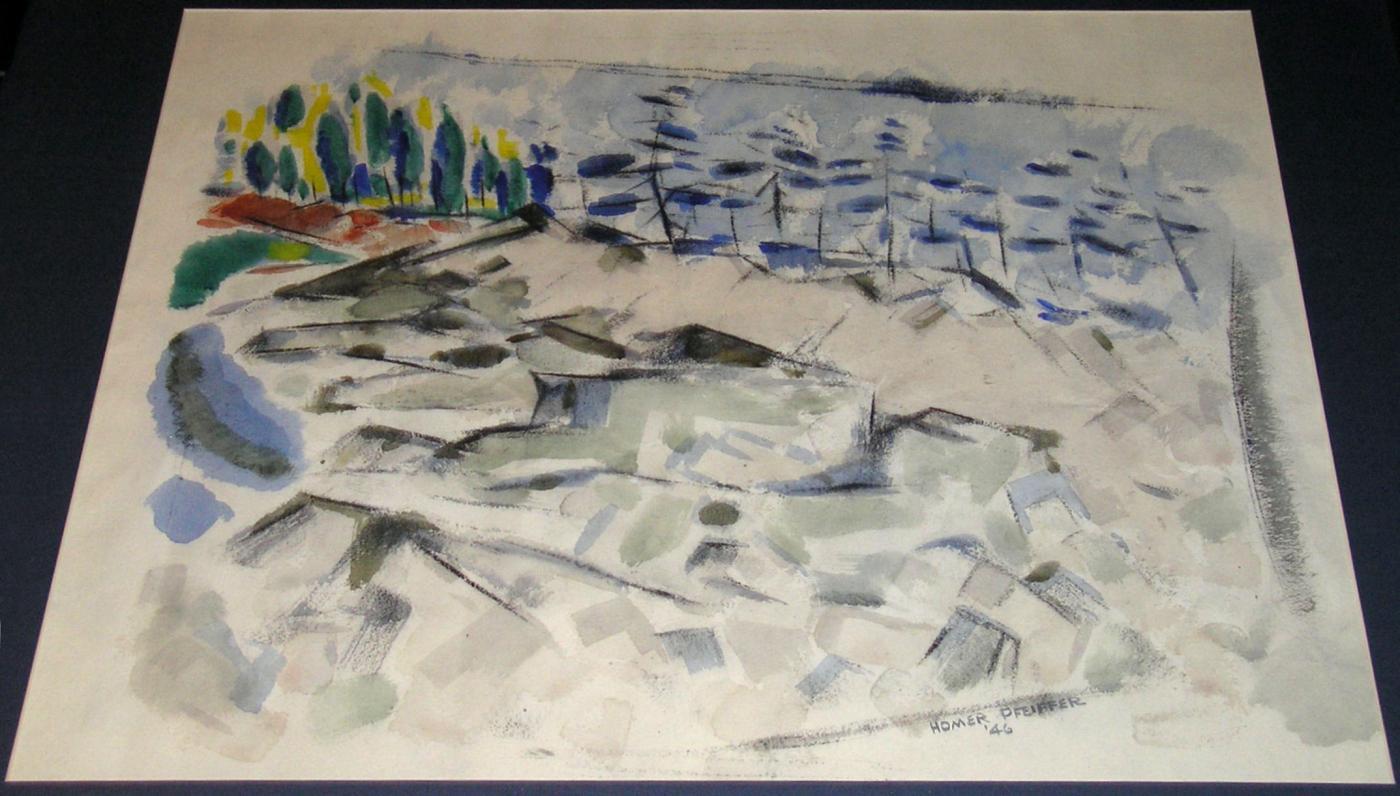 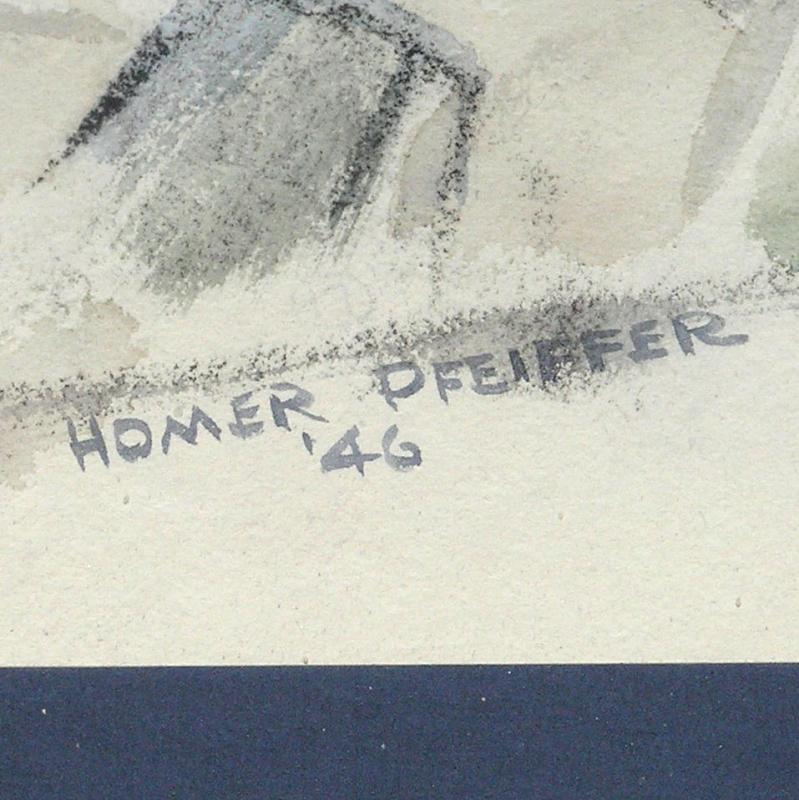 Our framed watercolor and charcoal by the American painter, Homer Pfeiffer, depicts a wooded waterfront landscape and is signed and dated "46".  Mounted in later frame dating from circa 2000.  Painting measures approximately 8 by 10 inches.

Homer Fay Pfeiffer (1998-1981) achieved a Bachelor of Architecture from the University of Illinois and a Master of Fine Arts from Yale in 1926.  In 1927 he won the prestigious Prix de Rome (Rome Prize) scholarship competition held annually at the Grand Central Galleries in New York, and thereafter obtained a fellowship to continue his studies at Yale.  In 1930 he married Alberta Raffle Pfeiffer (1899-1994), known for being one of the first architects in Illinois and the first woman to with the school medal for academic excellence from the American Institute of Architects.  Thereafter Pfeiffer was offered a teaching position at Yale, and in 1933 they opened a joint architectural practice in their home, mostly designing residences.  After he joined the navy his wife established her own practice which was very successful through her retirement in 1977.