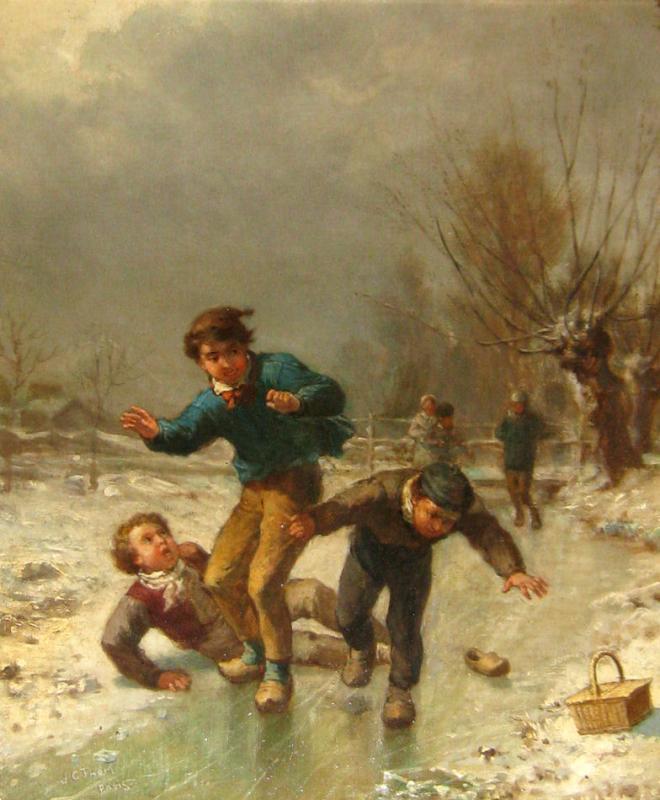 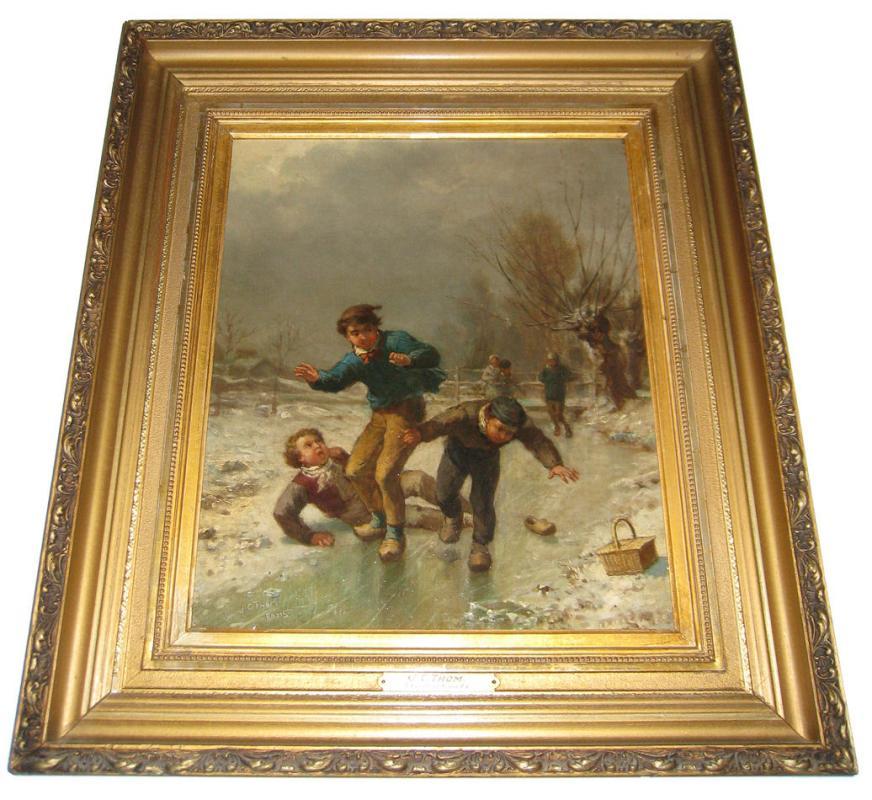 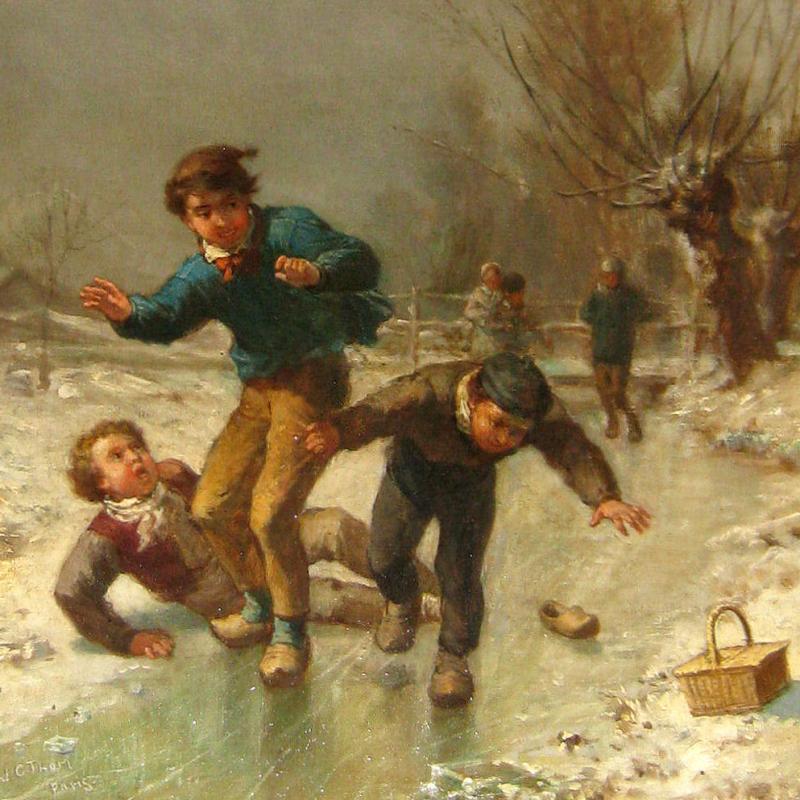 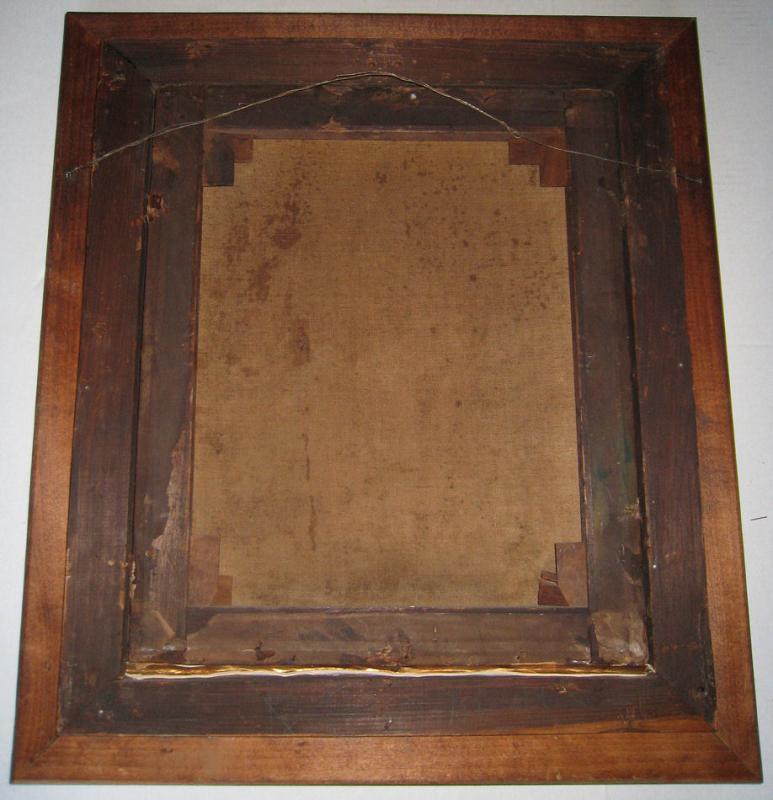 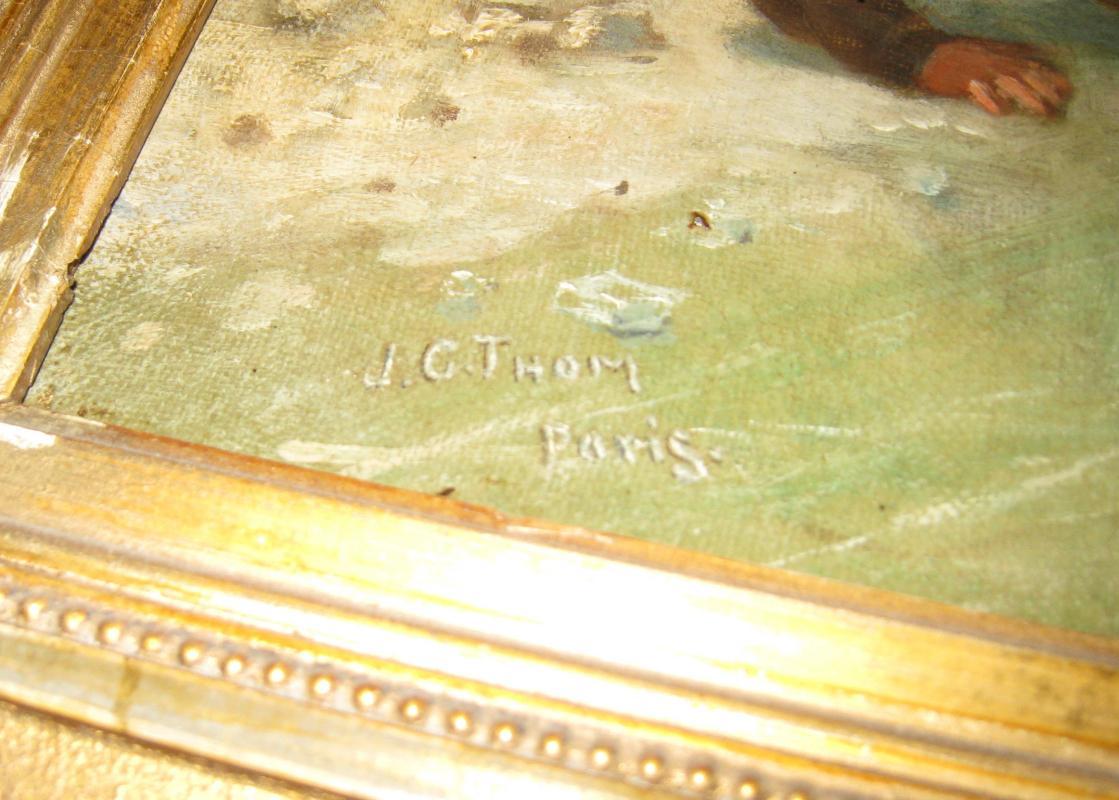 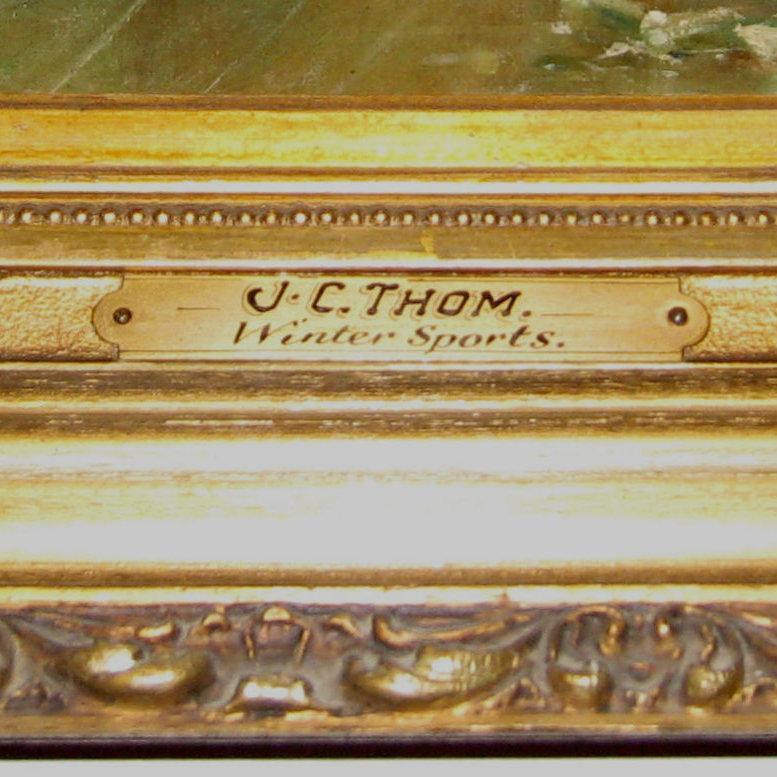 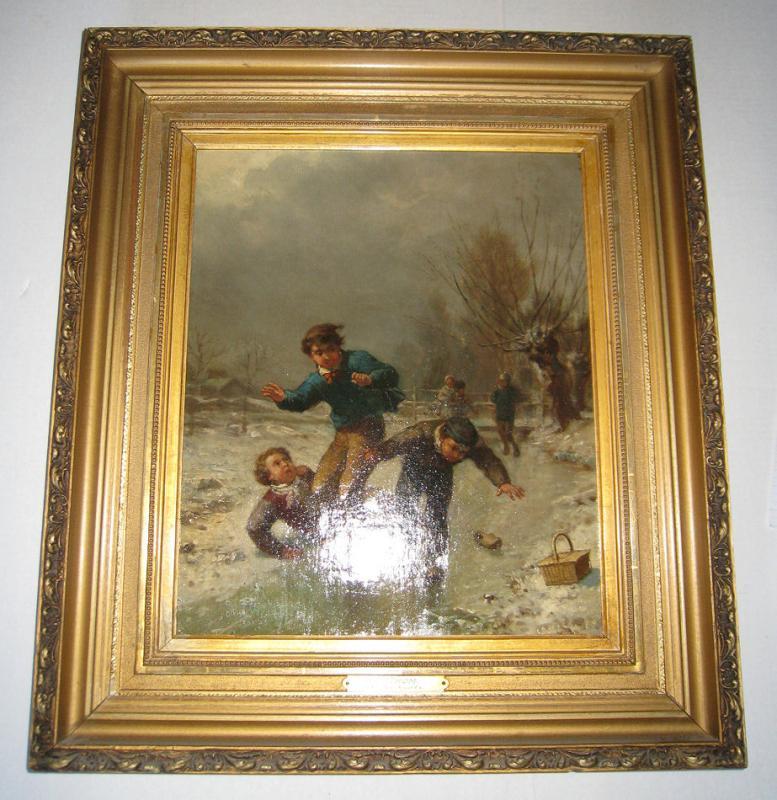 This fabulous framed oil painting is attributed to the James Crawford Thom (1835-1898), the important Hudson River School style landscape and genre painter. The stretcher measures 14.5" by 17.75" and the period frame measures 22" by 25". In this work, Thom has depicted boys at play on a frozen stream, and it is an excellent example of his style of outdoor genre scenes which often depicted children at play. It is signed " J.G. Thom Paris". Period gilded frame has a brass plate with the title "Winter Sports".

Thom was born in New York City in 1835 to the Scottish sculptor, James Thom, and grew up on a farm near Ramapo. He studied at the National Academy of Design and as a teenager travelled to Paris where he studied with Camille Corot, Thomas Couture, Henri Picou, and Pierre Edward Frere who heavily influenced his paintings of children and peasants.  He also lived and worked in England for some time, exhibiting at the Royal Academy and Suffolk Street beginning in 1864.  Upon his return from France he settled in the Atlantic Highlands in New Jersey.  He participated in the Boston Exhibition of 1878 and showed his work regularly at the National Academy of Design in New York. His works are held by the Smithsonian American Art Museum, The Newark Museum, Wadsworth Atheneum Museum of Art (Hartford CT), Walters Art Museum (Baltimore MD), New Jersey State Museum, among other institutions. Source: David Michael Zellman, Three Hundred Years of American Art, Benezit Dictionary of Artists.  ( jbeik )