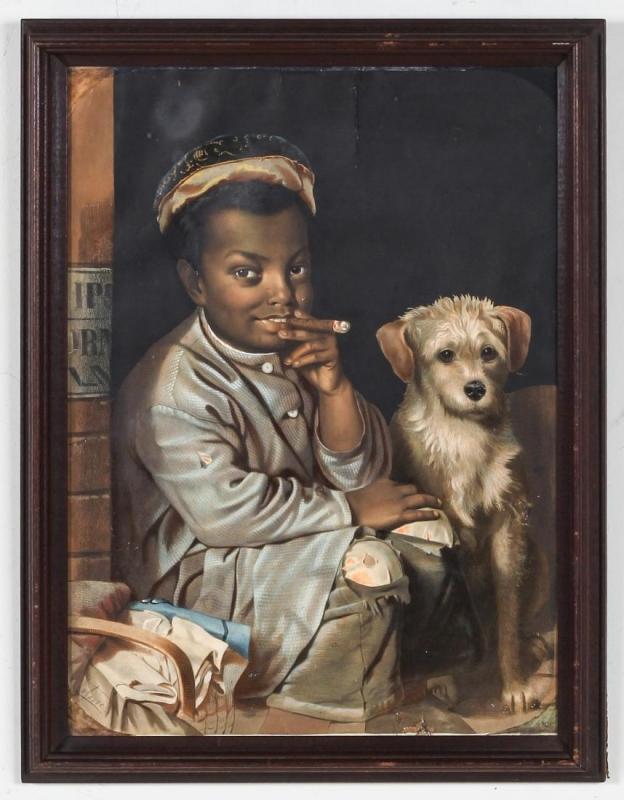 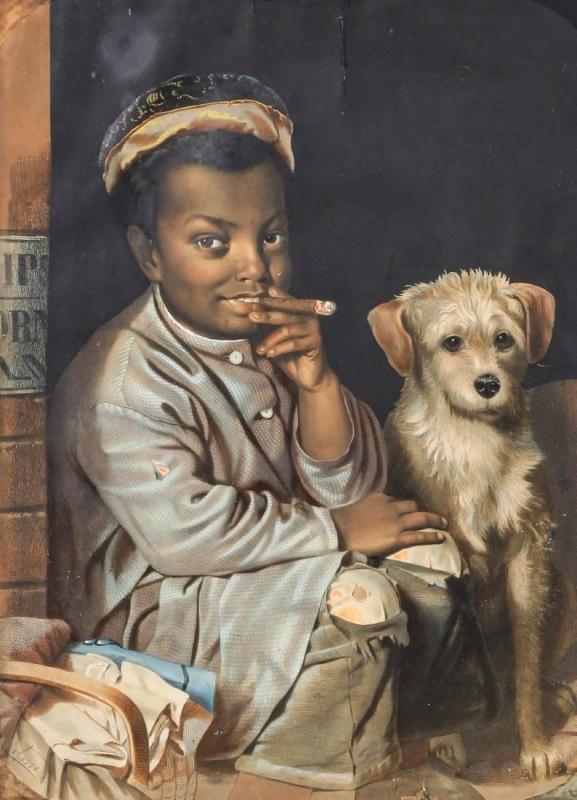 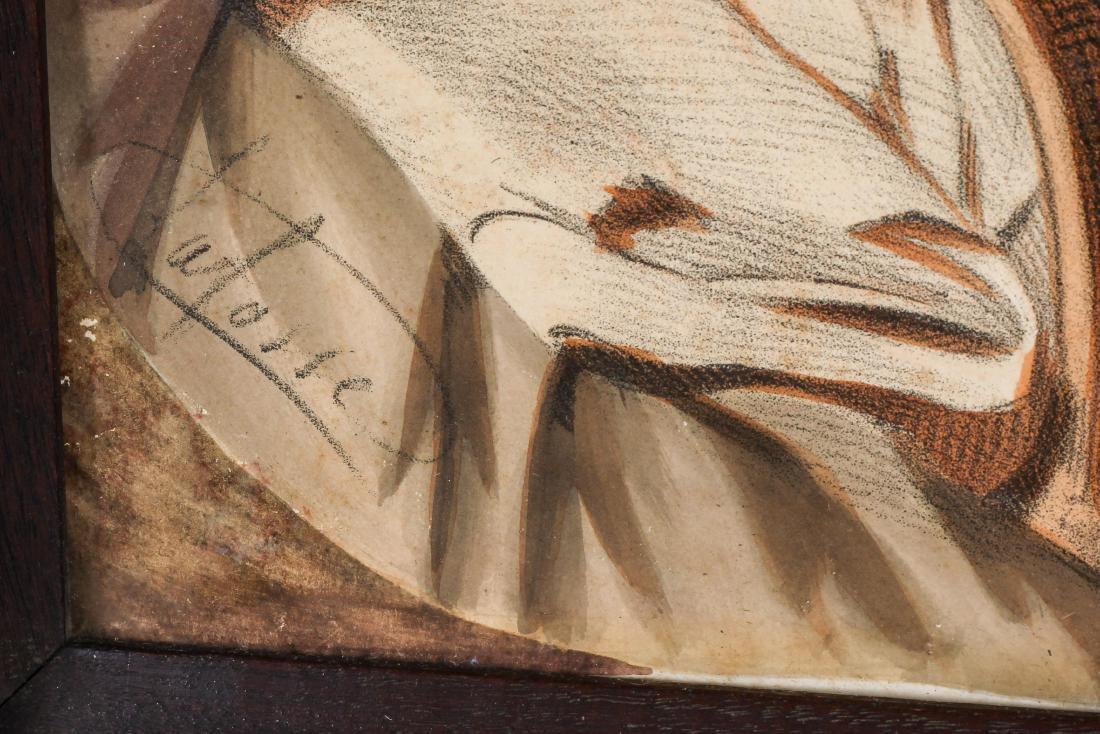 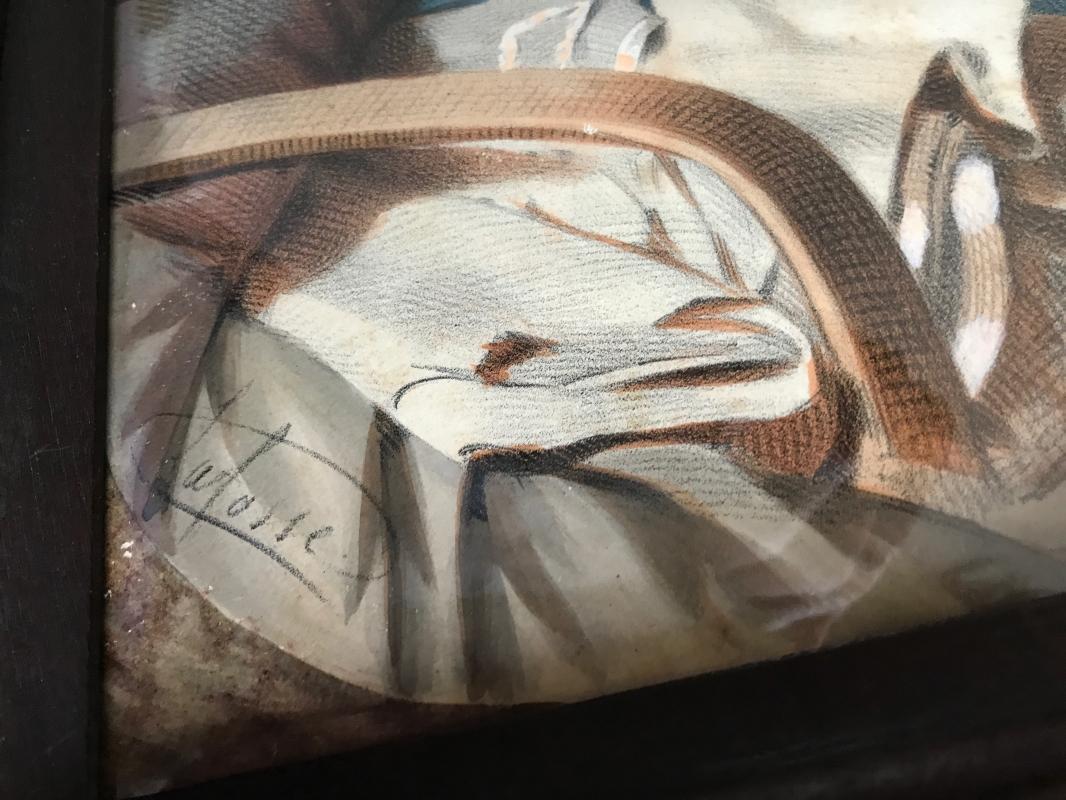 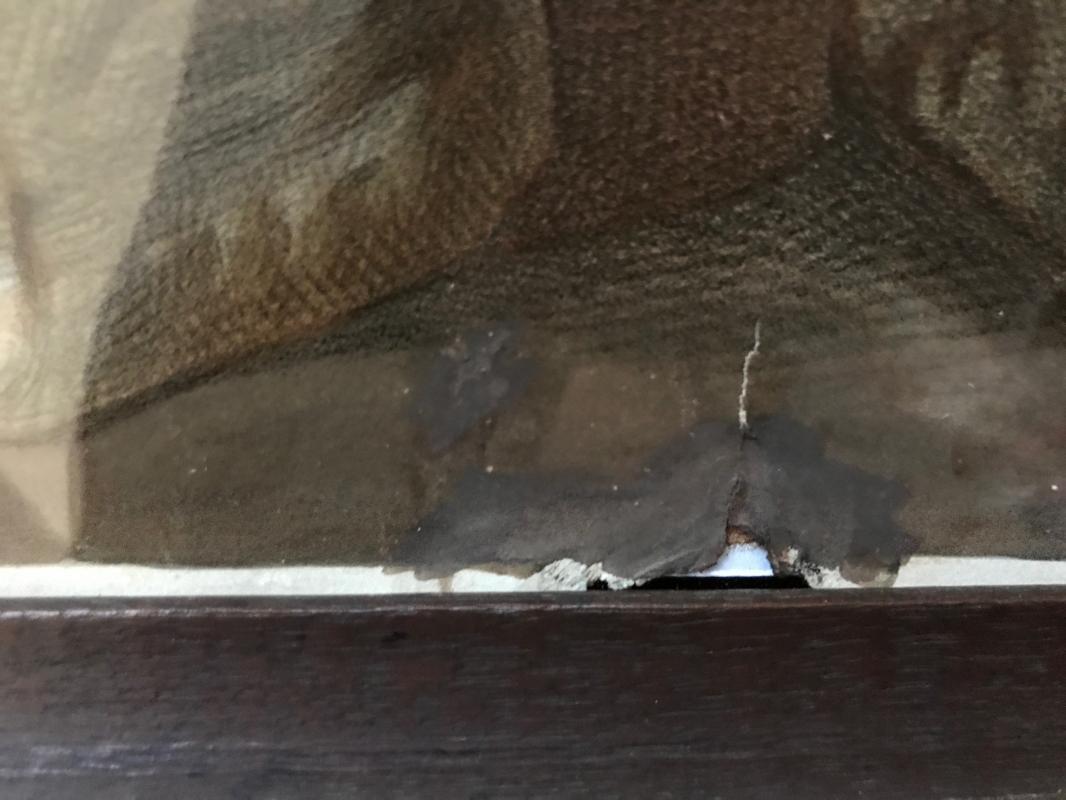 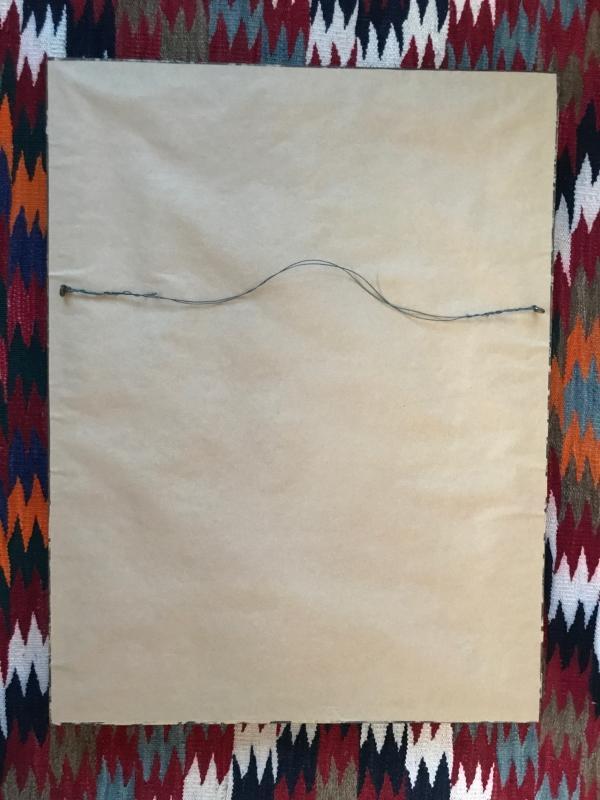 This first-rate, signed Civil War-era chromolithograph portrait of a young African-American boy smoking a cigar, accompanied by his faithful dog, is by Jean-Baptiste Adolphe Lafosse (French, Paris, 1814-1879). The lithograph is signed "Lafosse" bottom left in graphite or charcoal and it was cut to fit the frame. Dimensions are 25.5” x 18.5” sight size, and 29.25” x 2.25” framed. A few old restorations show if you are looking super closely, but they are age appropriate and do not detract from the image in the least.

Lafosse is known for his oil on canvas portraits, including ones of Napoleon III (1865) and his wife Empress Eugenie (1858), and for being the lithographer of images such as the one owned by the Metropolitan Museum of Art, a 1857 hand-colored lithograph of a well-dressed exotic looking African-American musician entitled “Portrait of the Bone Player”. It was not unusual at that time for artists to receive commissions to paint African-American genre scenes and portraits. Artists were paid for their images, which were mass produced with a growing technology to make art more accessible to the public. Even then black memorabilia was popular.

This was not the first time I had seen that image. Many years ago, I came across a superb circa 1855-1865 oil on canvas portrait depicting this same little boy and dog. The painting was not signed. I found it near Moncks Corner, South Carolina, north of Charleston. The subject was said to be Tom Quick, who lived on a plantation adjacent to Mulberry. Mulberry was developed in 1714 by Thomas Broughton, who became the Royal governor of South Carolina. It is one of the oldest plantations in the United States. Fortunately its rice fields, dikes and canals were well-preserved into the 20th century, and the plantation house and its ten surrounding acres were declared a National Historic Landmark in 1963.

Lafosse apparently found the little boy and his dog to be such a striking image that he mass reproduced it as a lithograph for others to see.