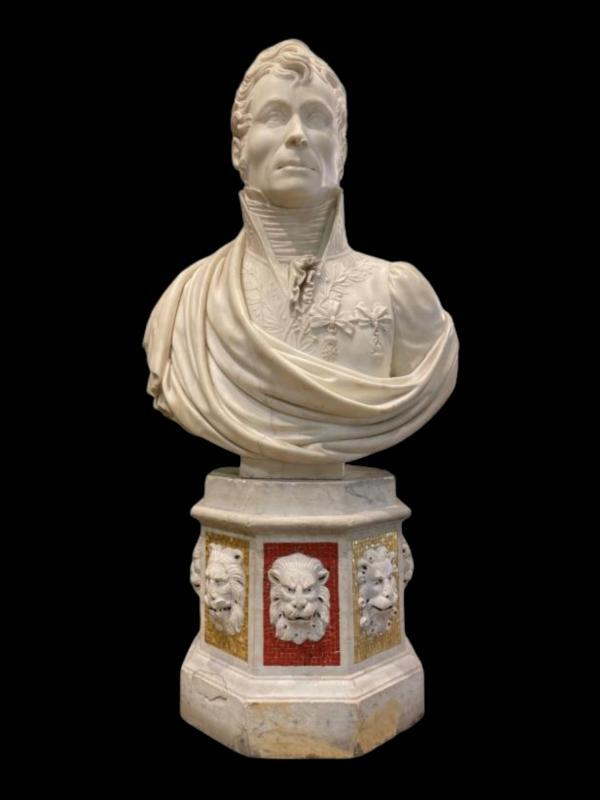 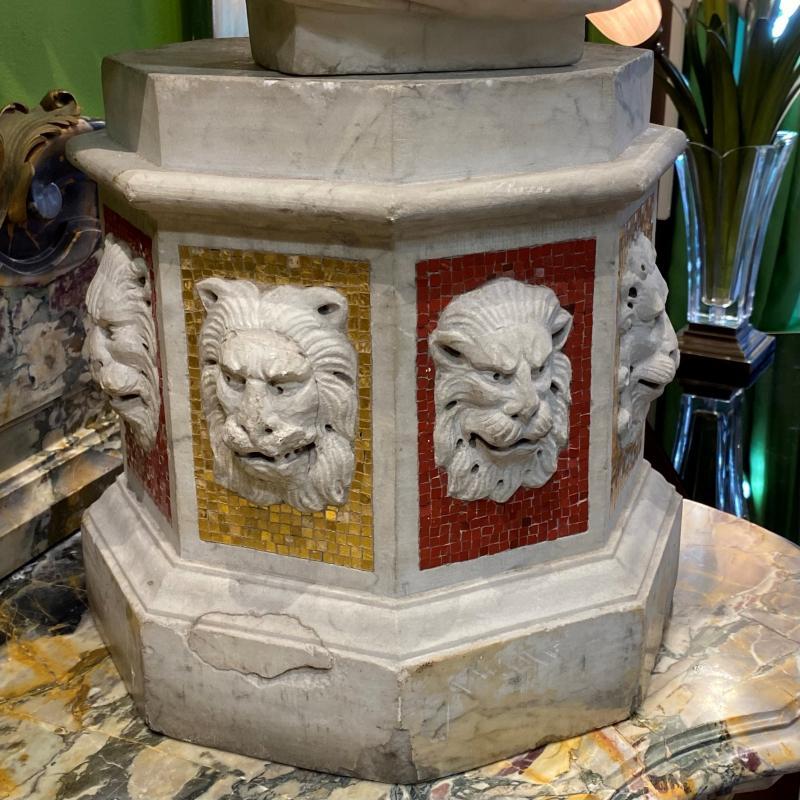 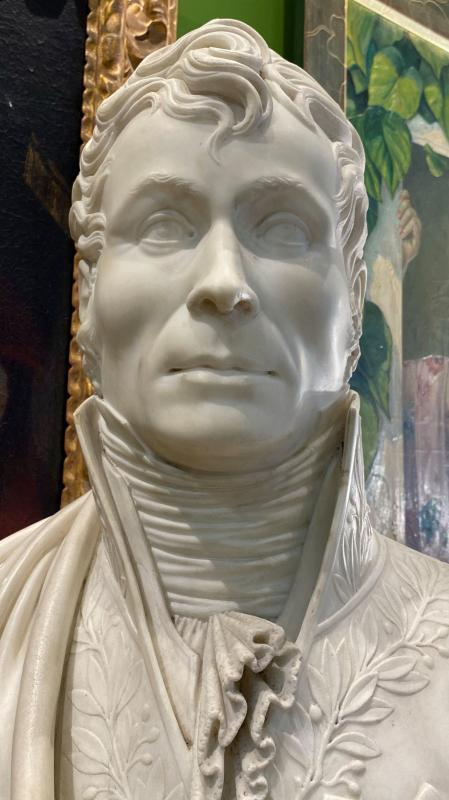 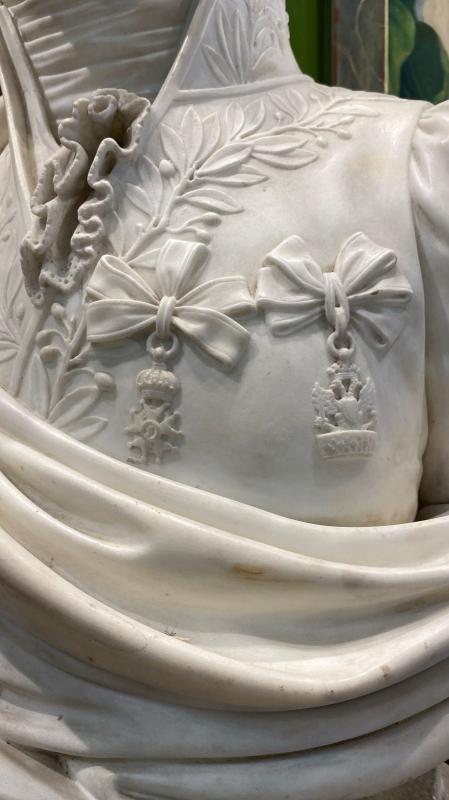 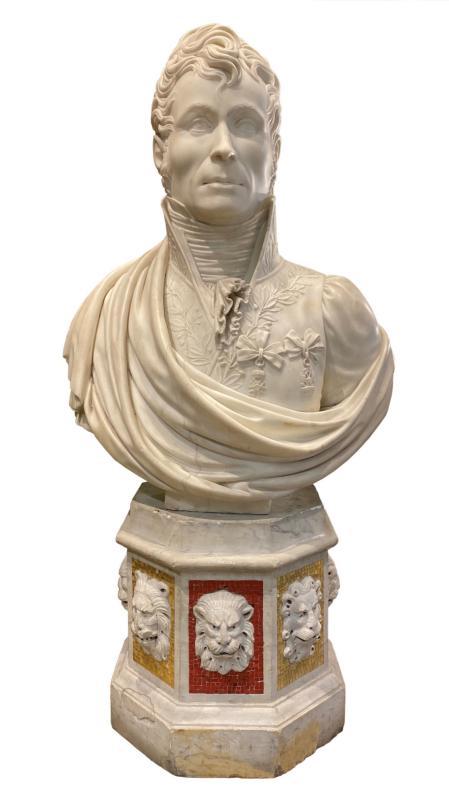 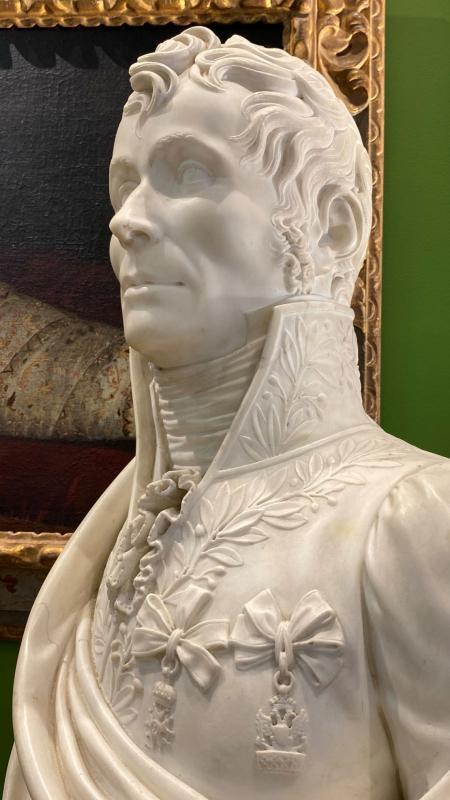 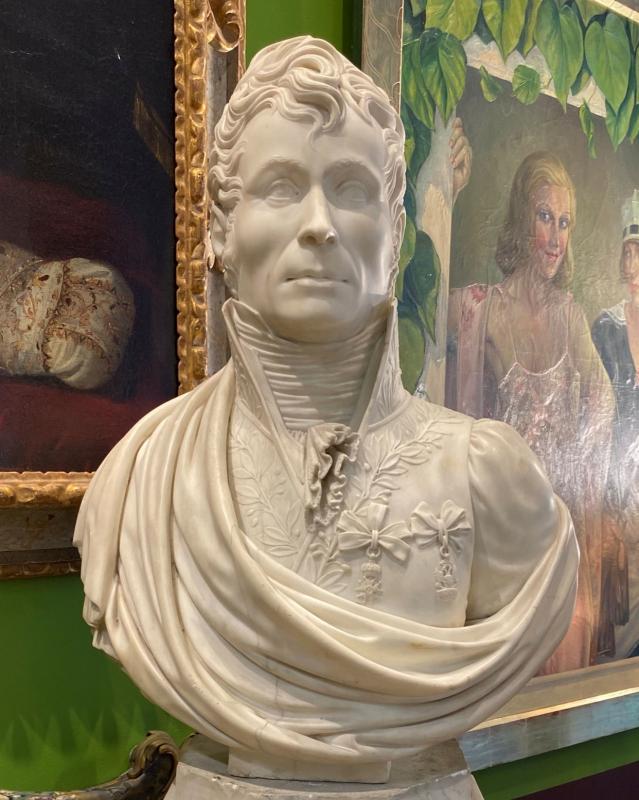 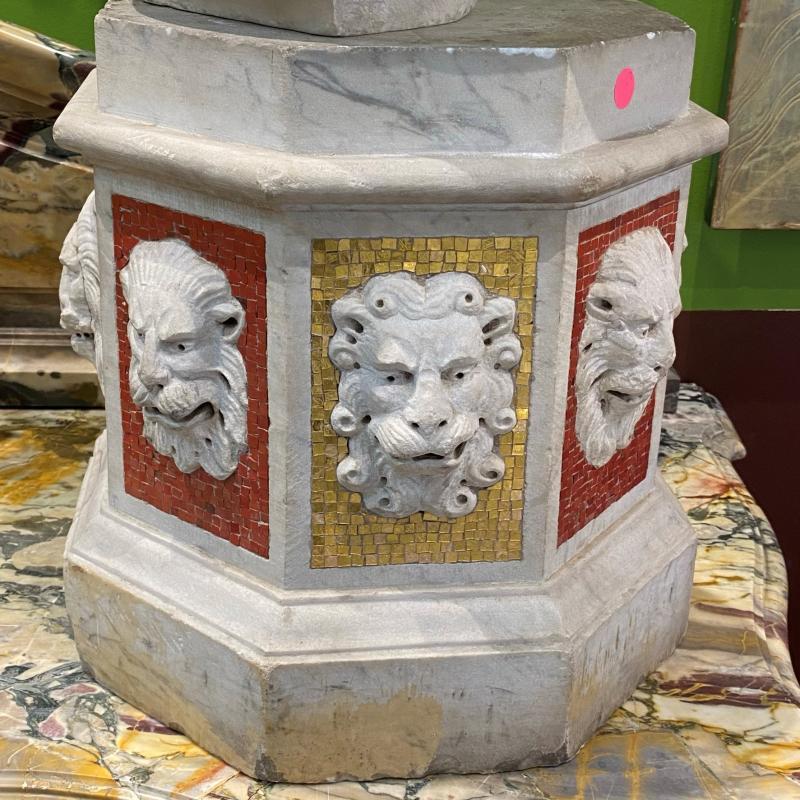 Included is a truly unique, marble pedestal of the period which features lion masks in relief, surrounded by mosaics of red and gold glass within six cartouches that encircle the pedestal.  With obvious losses and old repairs, scratches, surface dirt and such.  Approximately 17 in (43 cm) tall.  Total height of the bust with pedestal is approximately 43.75 in (111 cm).

Emperor Napoleon Bonaparte (1769-1821) installed him as King of Westphalia (1807–13), Jerome Napoleon I, in a region created by Napoleon from several states in northwestern Germany from the conquered Holy Roman Empire which was reorganized into the Confederation of the Rhine. After Napoleon's subsequent defeat, the Allies reorganized the German states into a German Confederation with Austrian leadership, largely overriding prior claim of lesser states.

From 1816 he bore the title of Prince of Montfort by his father-in-law, King Frederick I of Württemberg.  When his nephew, Louis Napoleon, became President of the French Second Republic in 1848, he served in several roles, including Marshal of France from 1850 onward, and President of the Senate in 1852.  He was the only one of Napoleon's siblings who lived long enough to see the Bonaparte restoration.