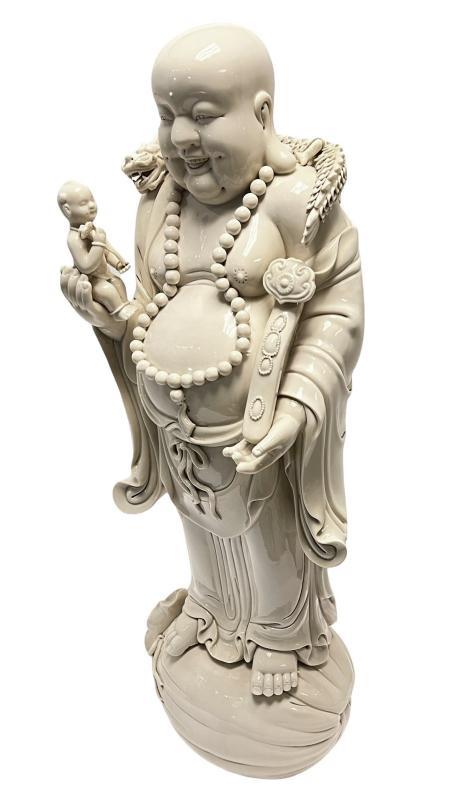 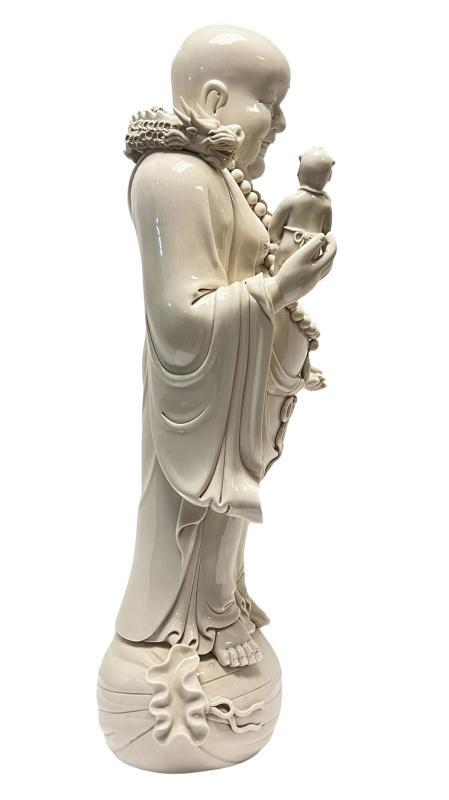 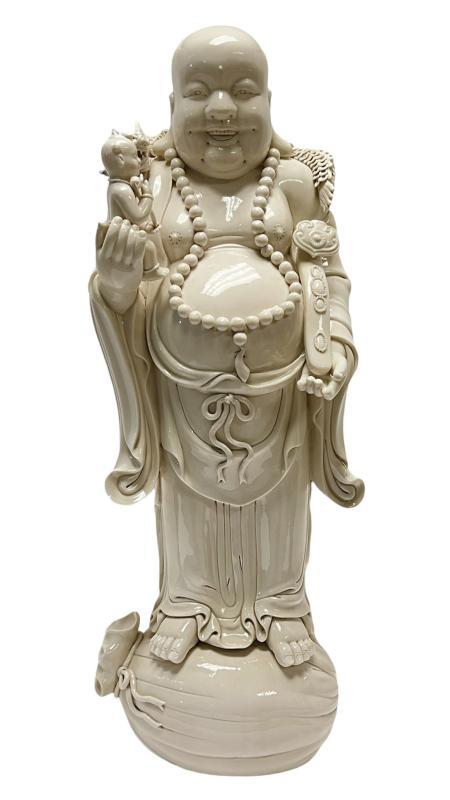 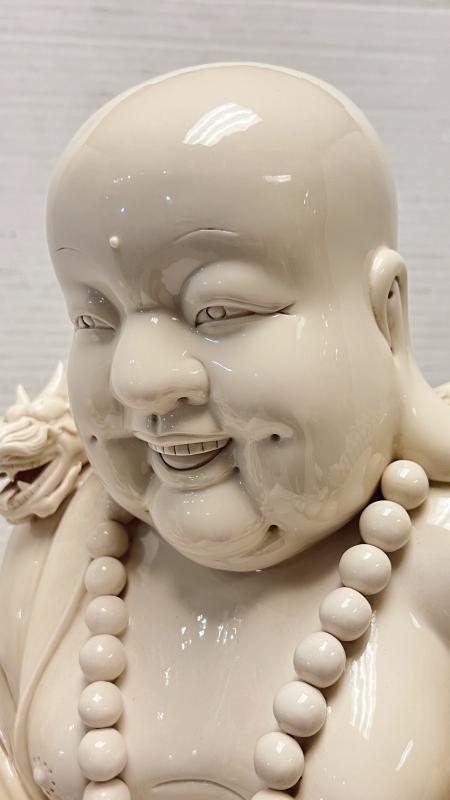 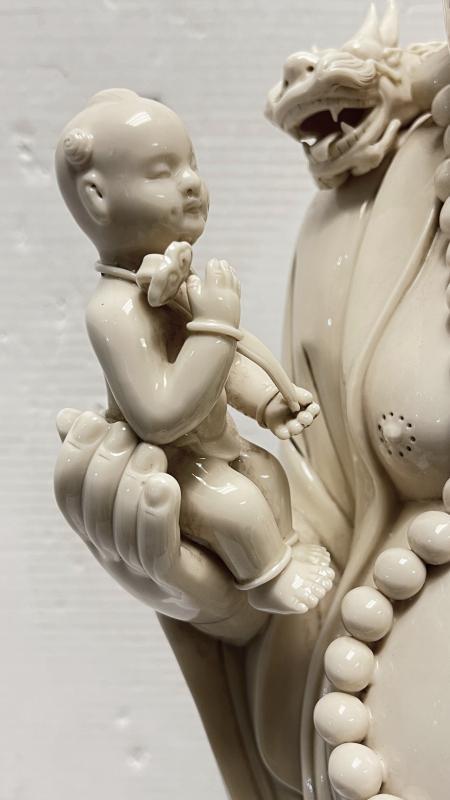 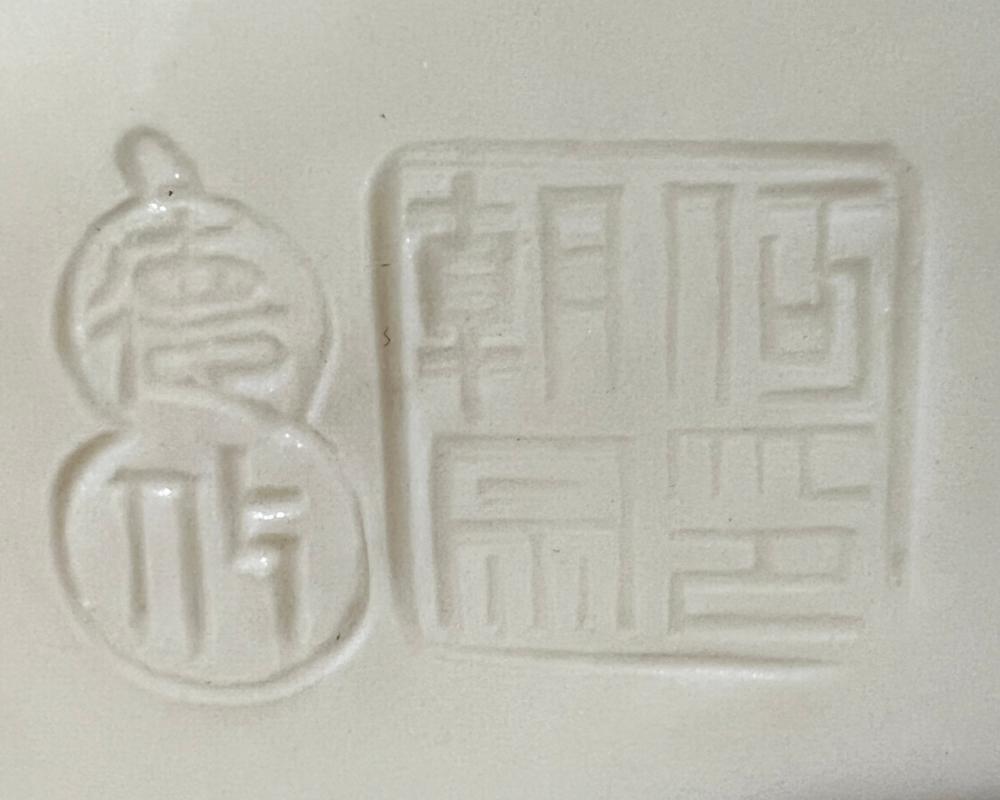 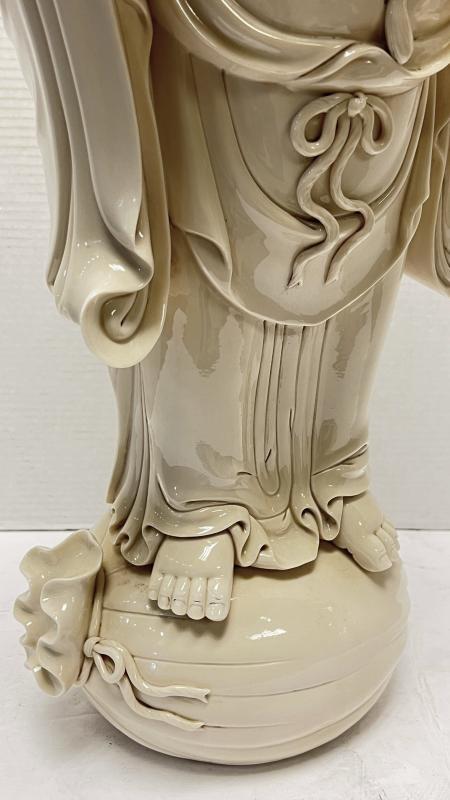 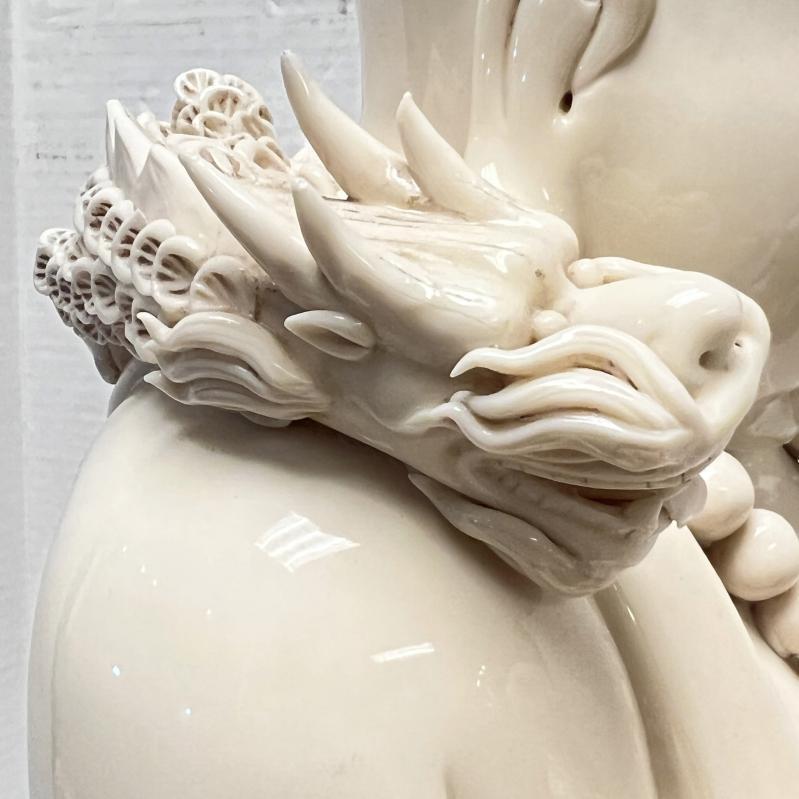 Our beautiful figure of Budai, the laughing buddha, in blanc de chine porcelain dates from the late 19th to early 20th century and measures an impressive 27 1/4 inches, 69 cm.  Buddha is standing on his sack, wearing prayer beads and holding ruyi sceptor in one hand, and a small child in the other, and dragon draped across his shoulders.  On the upper back are the double gourd seal reading Dehua (德化) and the square mark of the 17th century Dehua potter, He Chaozong (何朝宗), that reads down and across from the right as "Seal of He Chao Zong" (He yin Chao Zong - 何印朝宗).

Budai, the monk also known as the Laughing Buddha, is an incarnation of the Bodhisattva Maitreya, the Buddha predicted to succeed Gautama Buddha.  Typically depicted with a joyful expression and wearing loose fitting robes to reveal his plump stomach representing contentment and abundance, he is also associated with the protection of children.