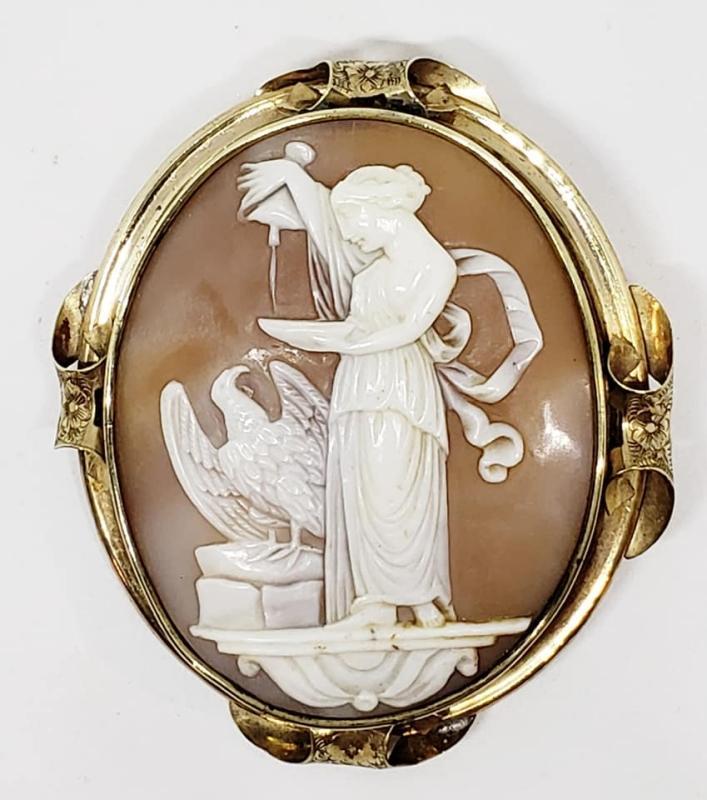 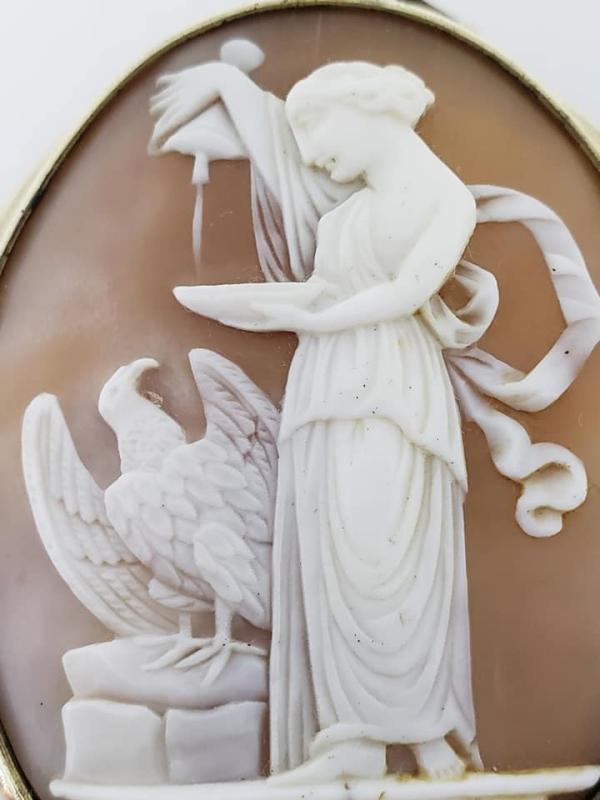 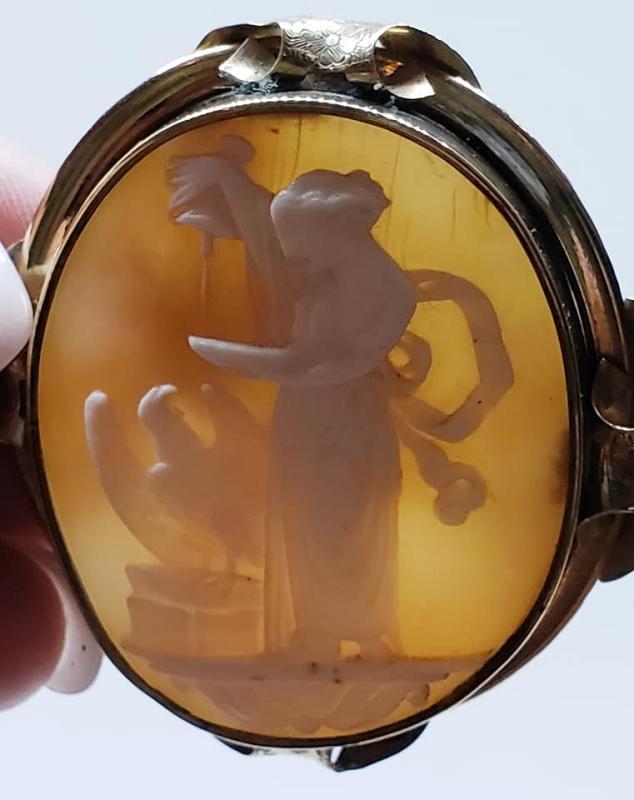 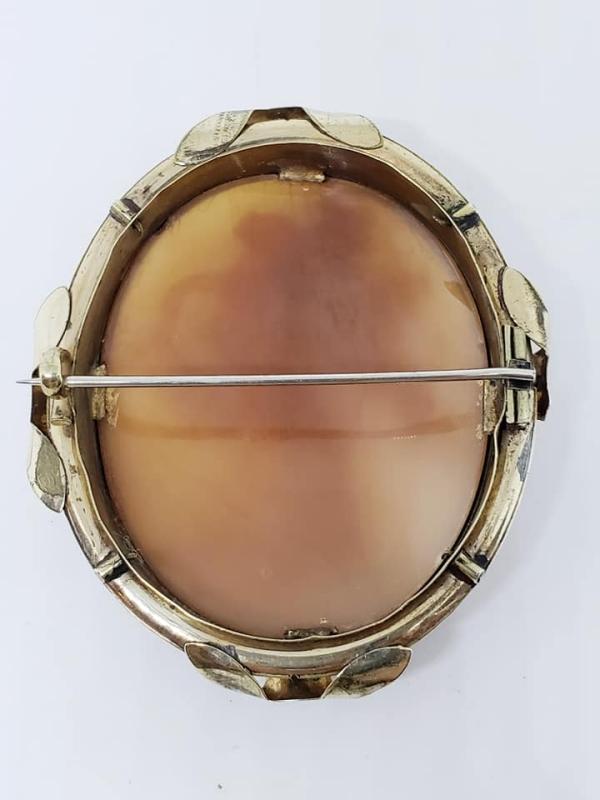 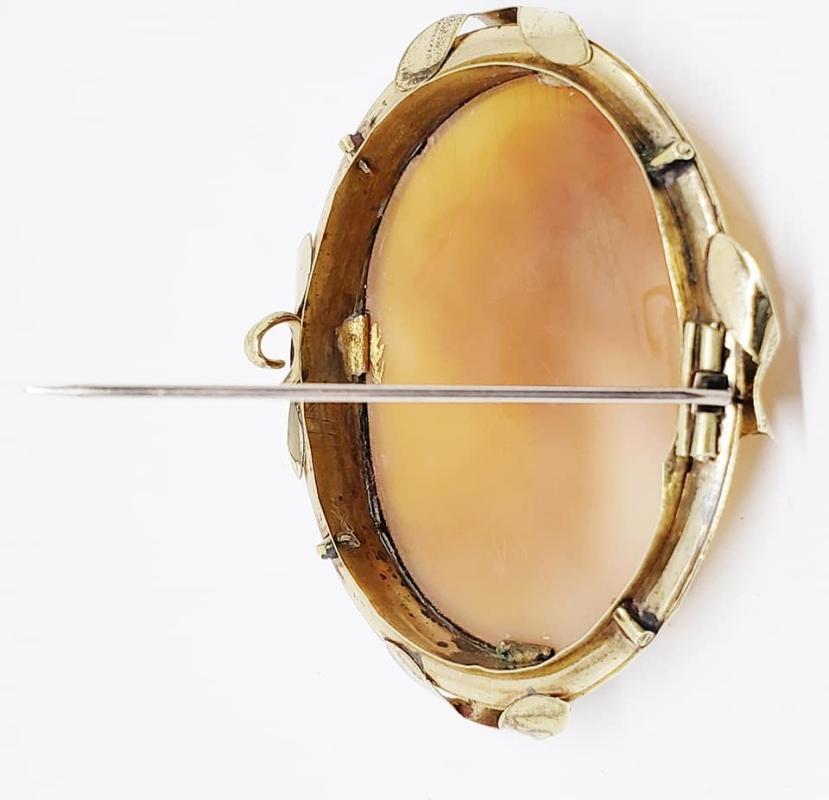 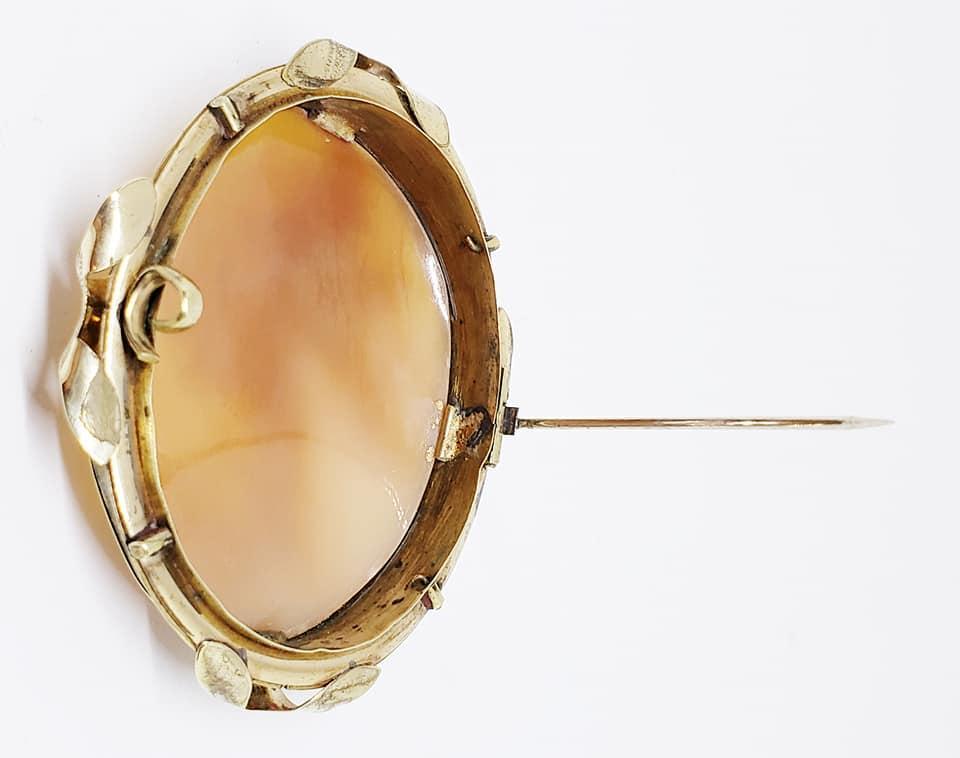 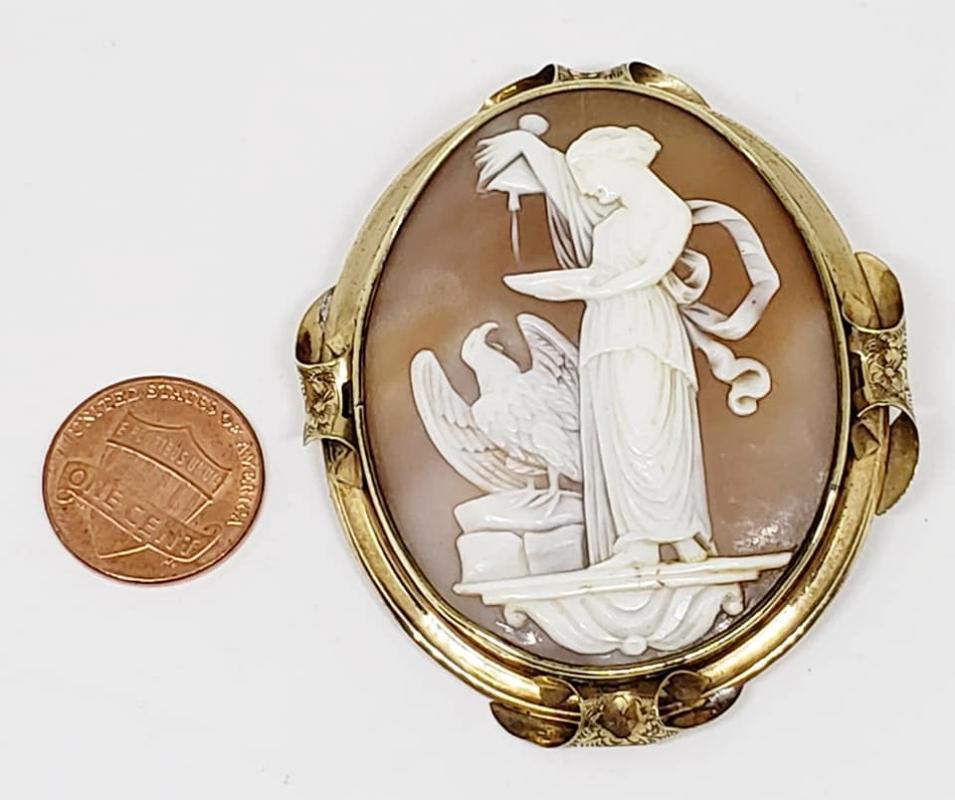 Very large 19th Century Bulls Mouth shell carved cameo of the Greek version of Hebe feeding the Eagle of Zeus. Zeus is depicted as the Eagle. Hebe is the Goddess of Youth and Cupbearer to the Gods. This is set in a pinchbeck frame dating from around the 1860's. It has a tube hinge and a "C" hook style latch. The cameo including the frame measures 2-3/8" tall x 2 wide.