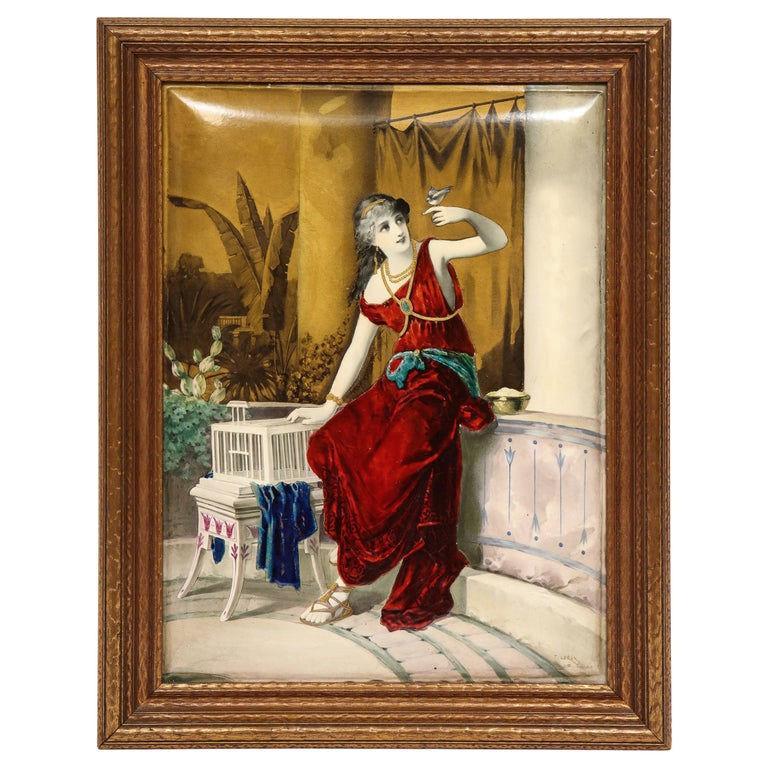 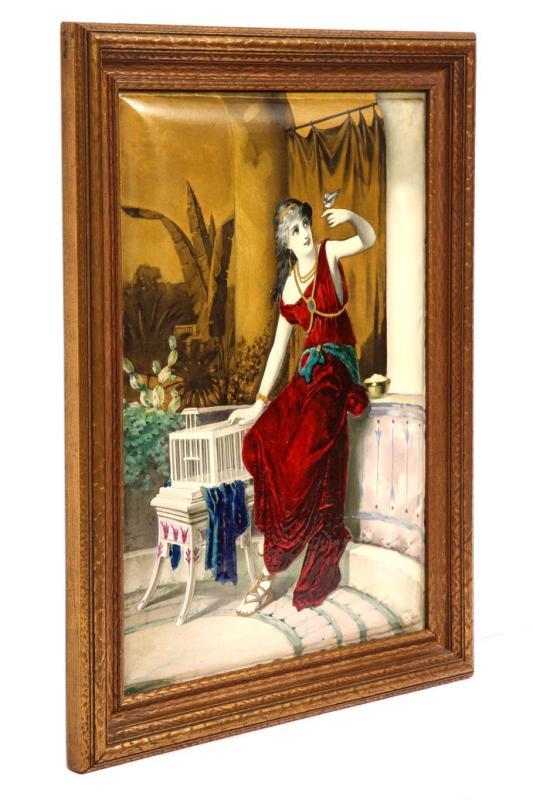 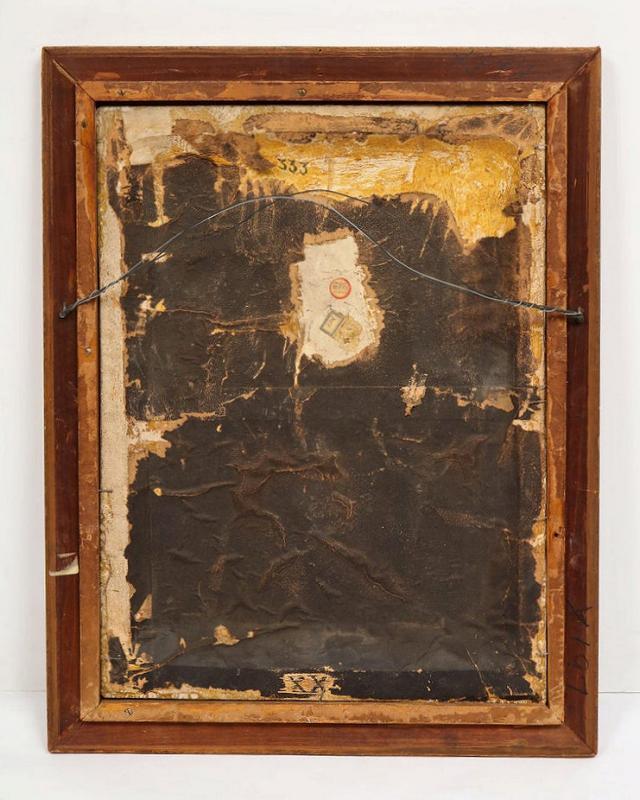 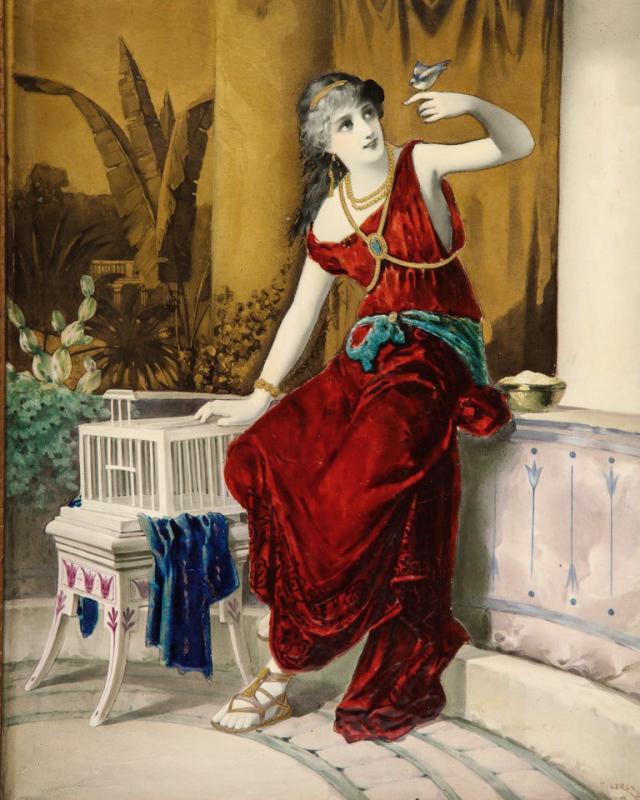 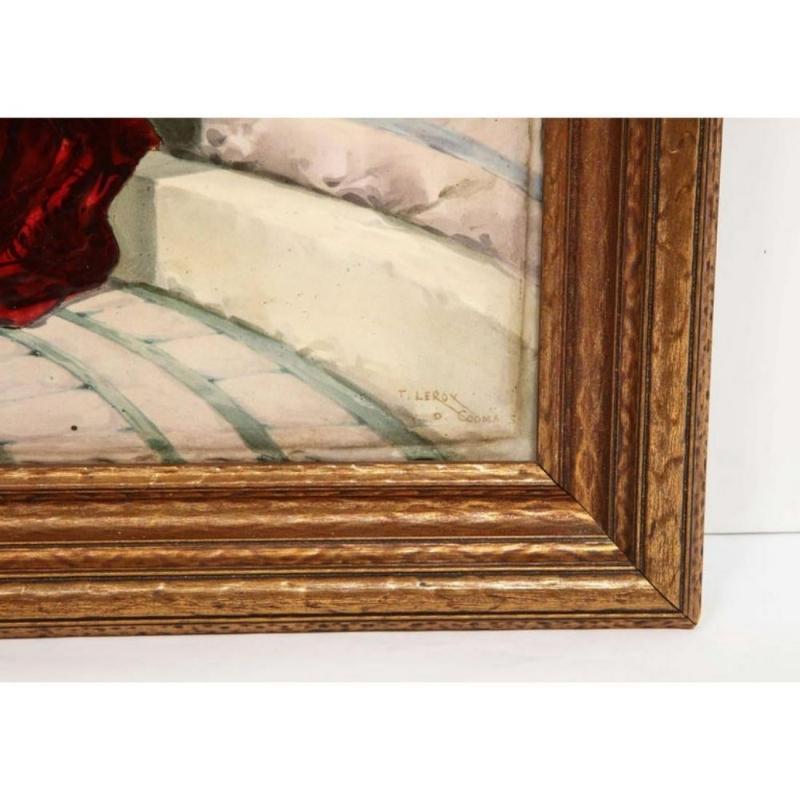 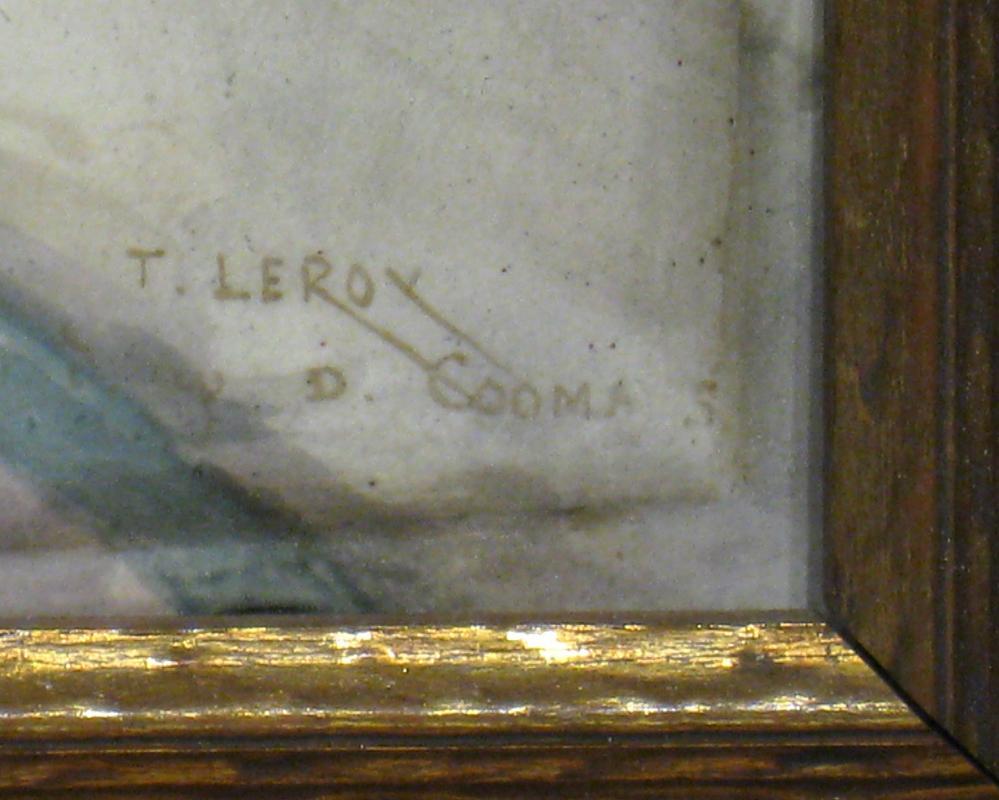 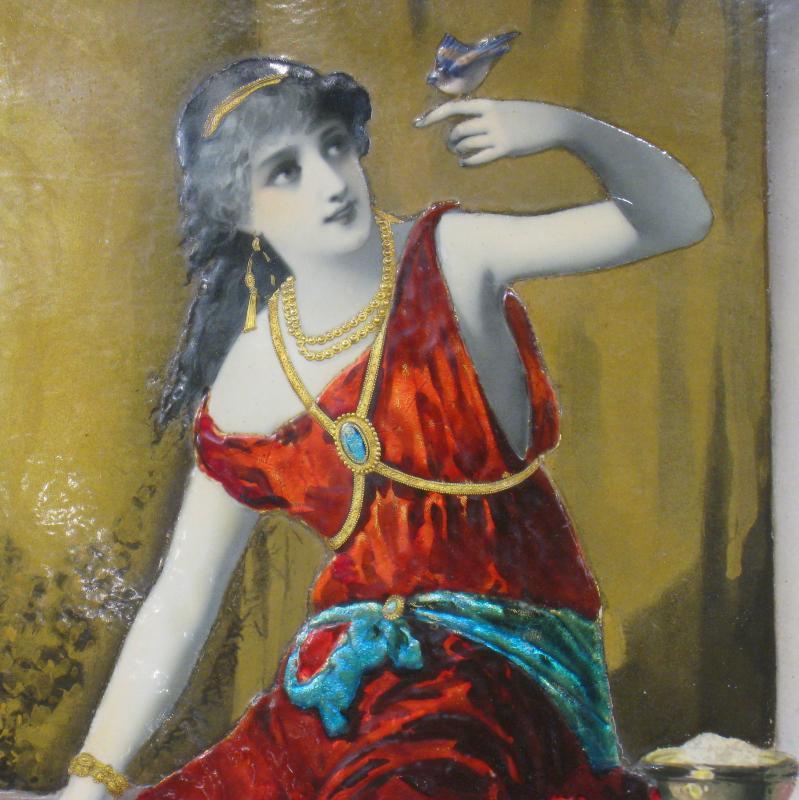 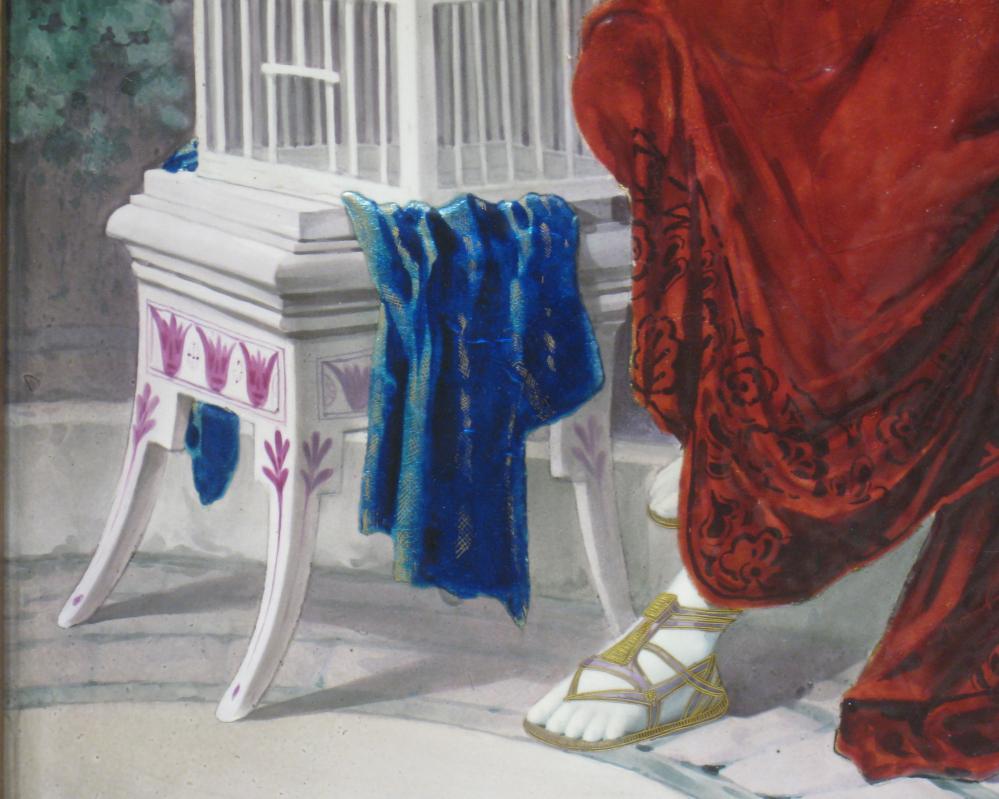 Our large French enameled faience plaque by T. Leroy, after a painting by Diana Coomans (1861-1952), depicts Sappho in red dress freeing a bird released from its cage.  Plaque measures 18 by 25 inches and the later period frame measures 23 by 30 inches. Signed in lower right corner T. LEROY, D'apres D. COOMANS with letter N worn away. In good condition, with some craquelure visible on the red dress. Theodore LeRoy was active in France in the 1880s and is revered for his figurative enamel work on porcelain plaques, vases and other objects. His works have regularly appeared at major auction.

Sappho (630-570 BC) was a Greek poet revered for her lyrica poetry, written to be sung with accompaniment by a lyre.

Diana Coomans was born in Belgium, the daughter of the artist, Pierre Olivier Joseph Coomans (1816–1889) and Adelaide Lacroix (1838–1884). Her siblings, Heva Coomans and Oscar-Jean Coomans were also painters. The family specialized in romantic scenes from ancient Rome, including Pompei. Her painting, In the Gynaeceum, was included in Women Painters of the World, edited by Walter Shaw Sparrow and published in 1905 by HODDER & STOUGHTON, 27, Paternoster Row, London. The family's works are widely collected and regularly appear at major auction, as have the enamel works by LeRoy. Coomins settled and died in New York in 1952.