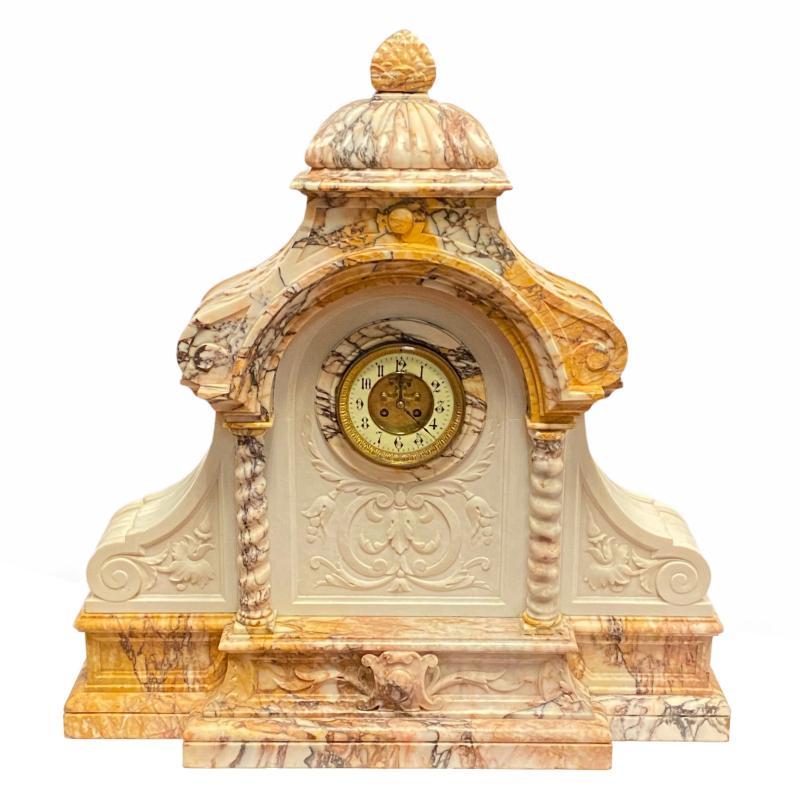 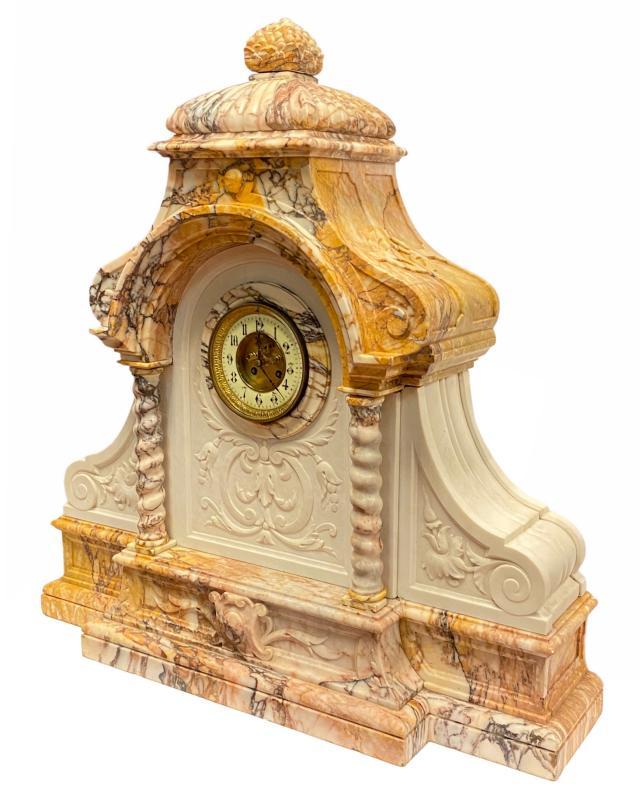 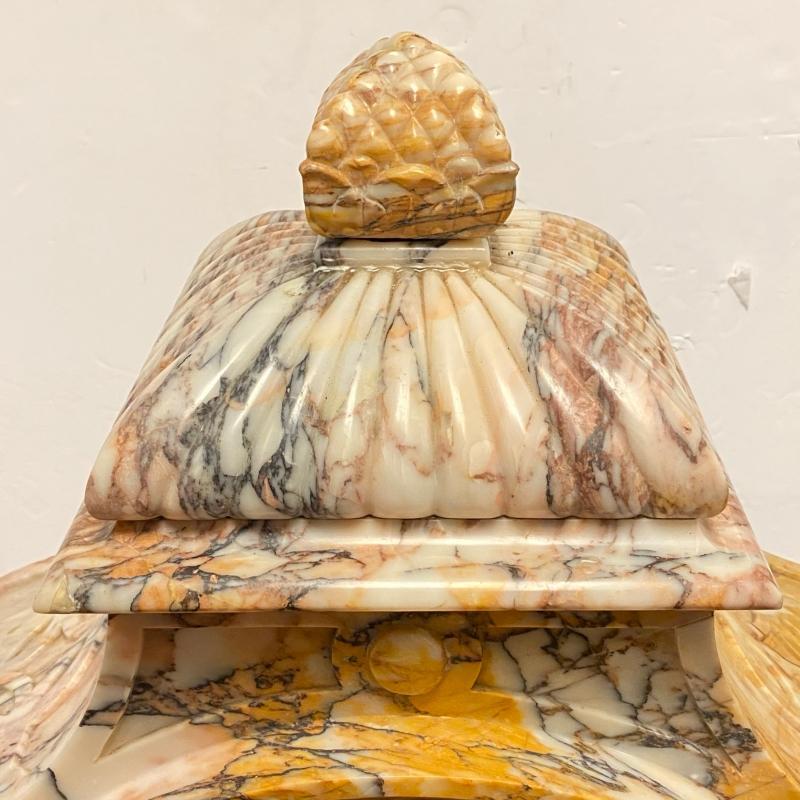 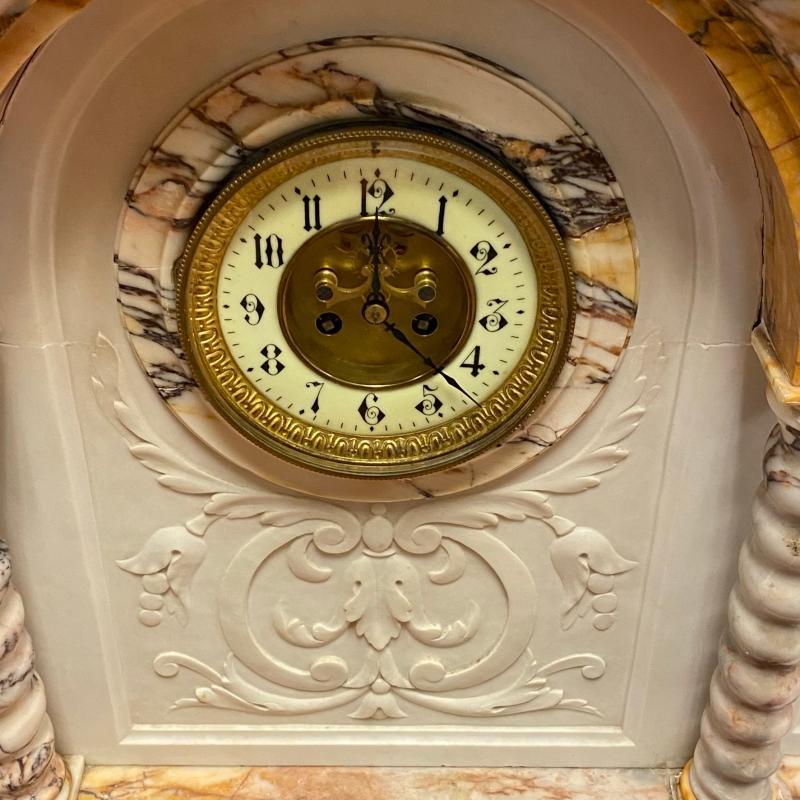 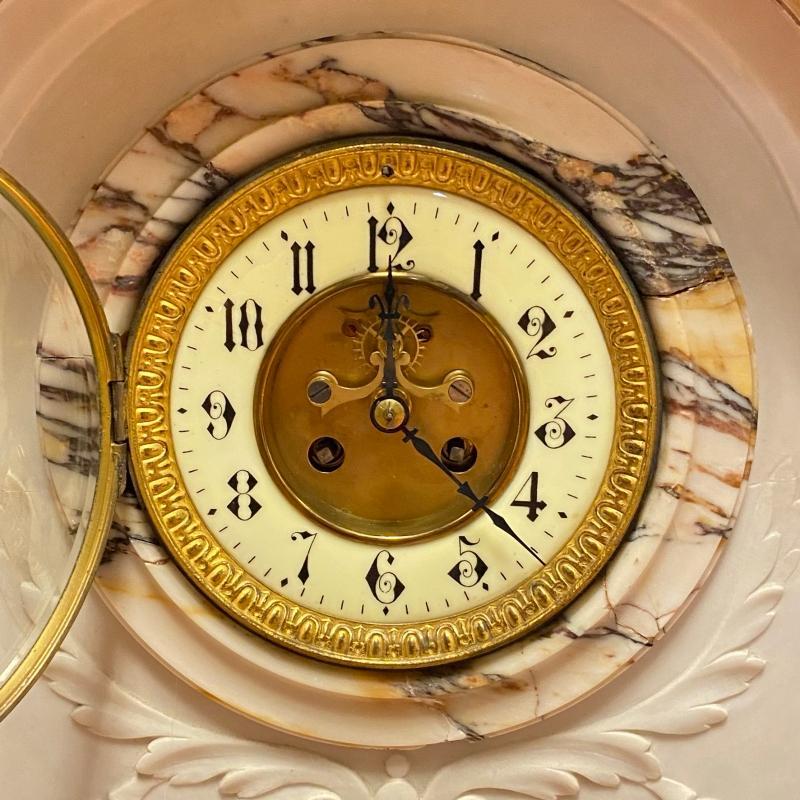 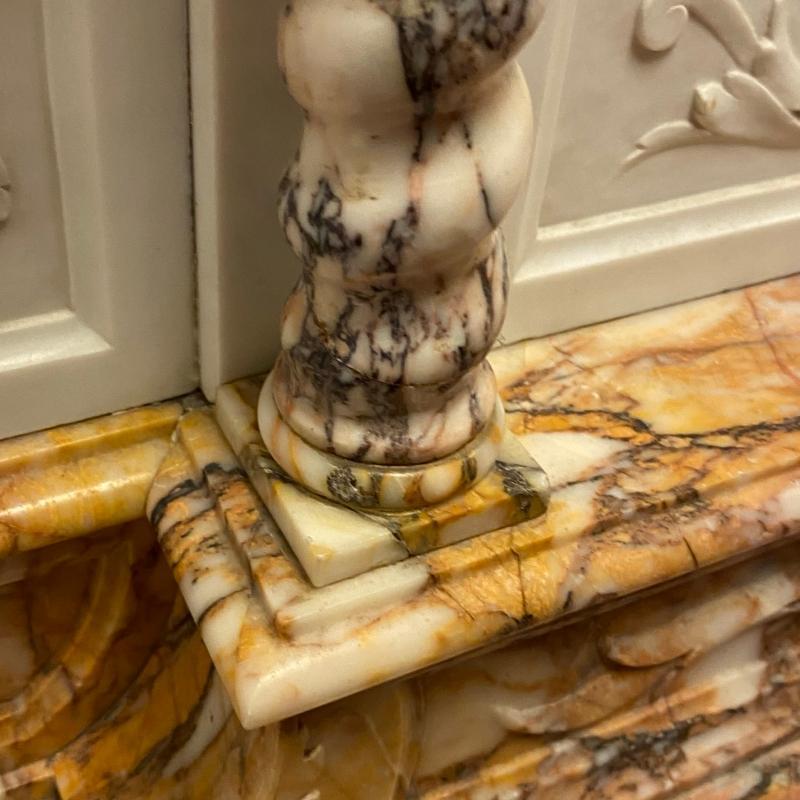 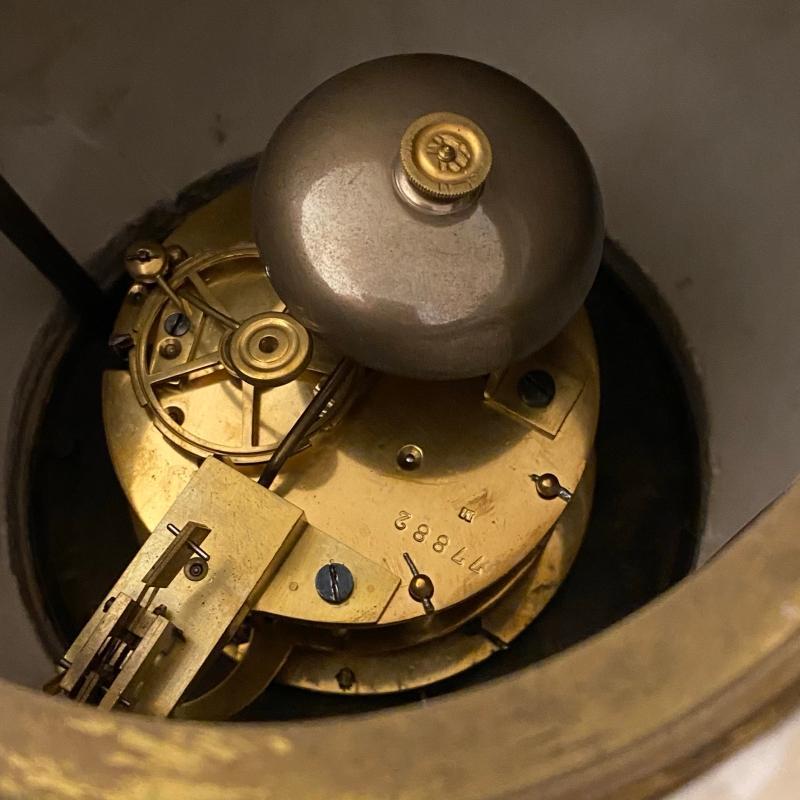 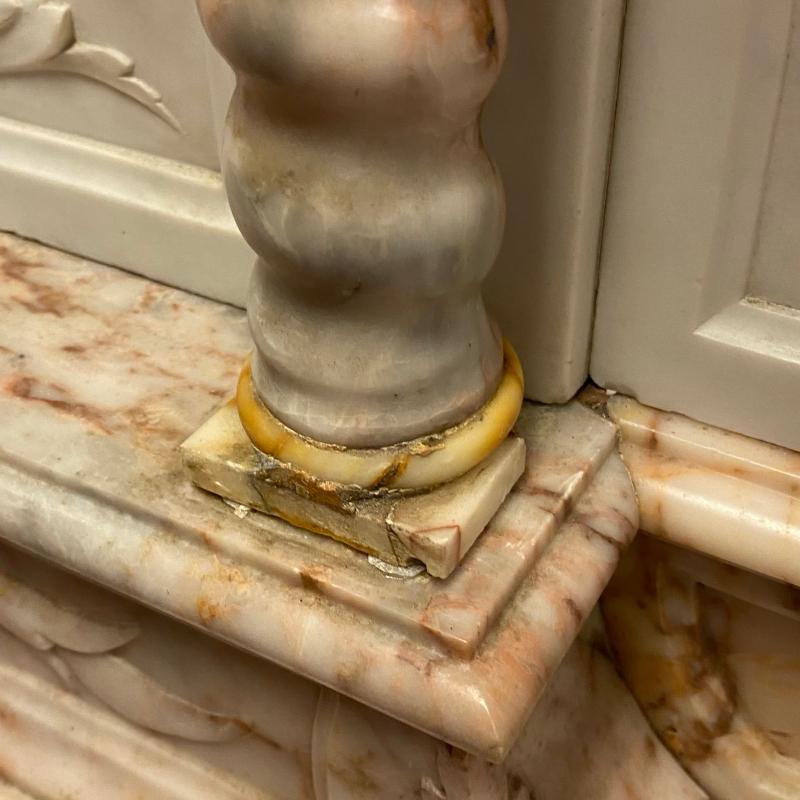 It is in good condition.  There are some small marble losses noticeable at the base and tops of the columns, scratches, and rear door bent with missing glass.  The finial may have been broken and restored.  In basic working order.

Samuel Marti established his firm in 1841 in Montbéliard, Doubs, a department in northeast France that was the birthplace of many prestigious clockmakers.  Marti exhibited his clocks regularly at expositions in Paris, where he won numerous medals from the 1840s through 1900.  In the 1860s he collaborated with Roux and Japy Freres, two celebrated French clockmakers.