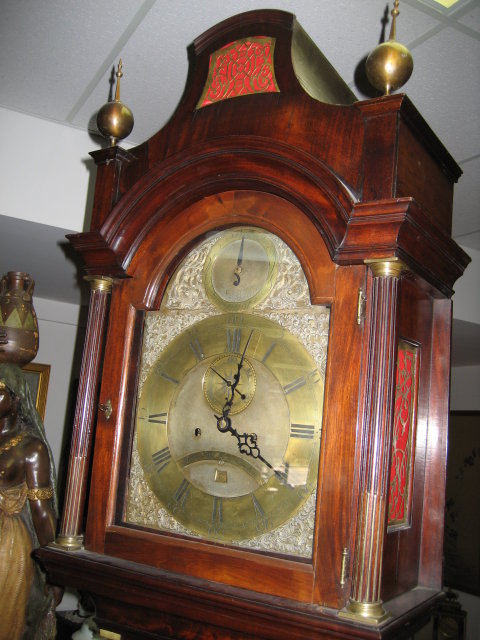 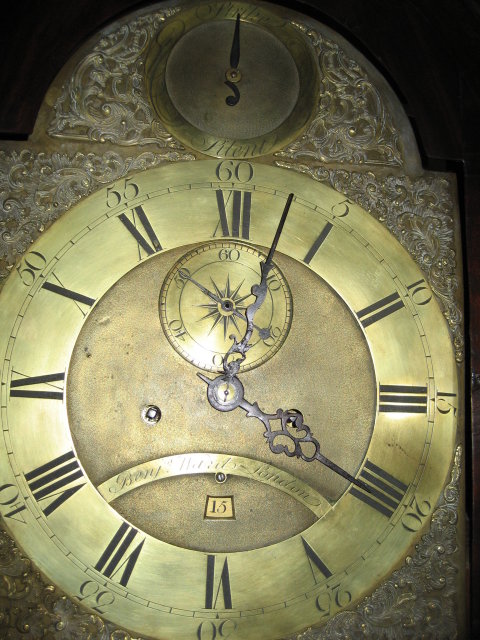 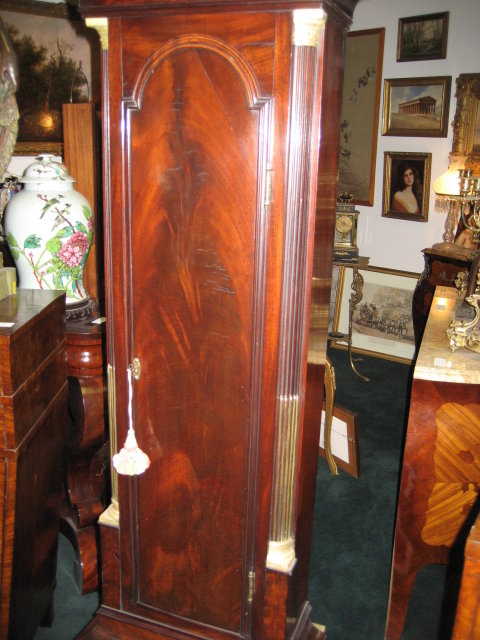 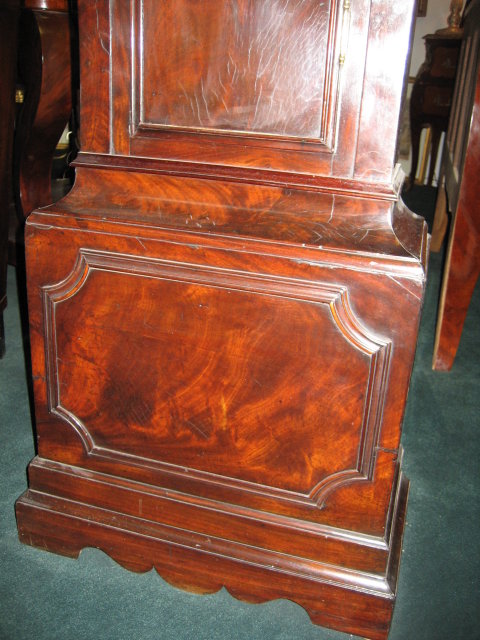 Eighteenth century London mahogany tallcase clock signed "Benjamin Ward, London." This is a fine London example of the 1760-1770 era by a well-known London clockmaker. This clock exhibits exceptional proportions and the movement contains a rare dual-striking system. On the hour, the clock strikes the hour on one bell. On the half hour, the clock will strike the next coming hour on a different bell. In this manner, you can differentiate between the two bells and know the time within a half hour period. Your standard eight day tall case movements of the eighteenth century only struck the hours. This rare movement enables you to know what the next upcoming hour will be. All you need is an ear to differentiate the sound between the two bells. Clock is in fine working order, all mechanics original, including hands, weights, and pendulum. Door locks are original, and in working order. Finials original. Dimensions: 96.5" in height.