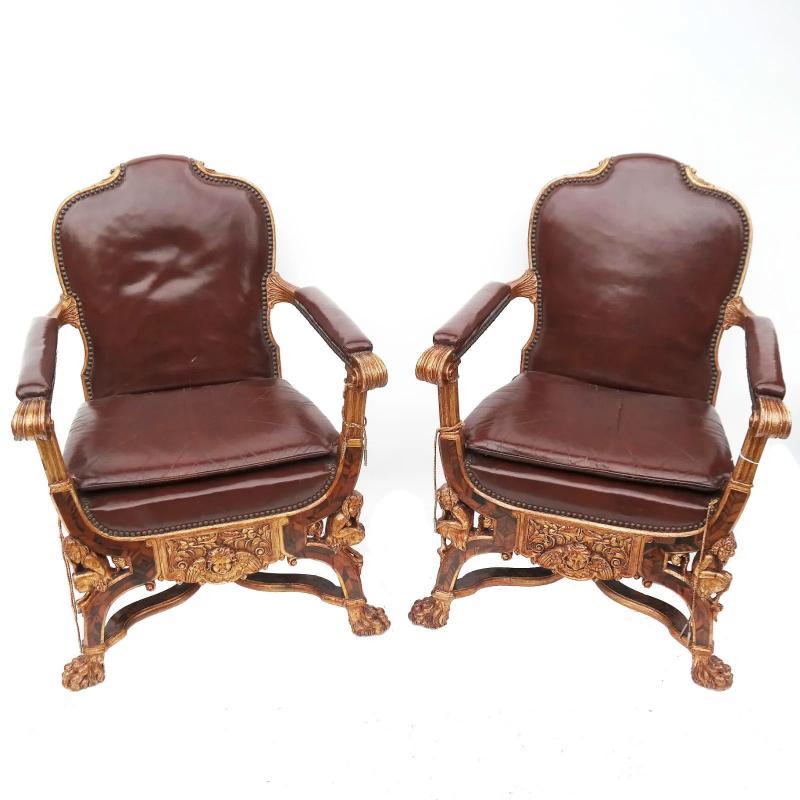 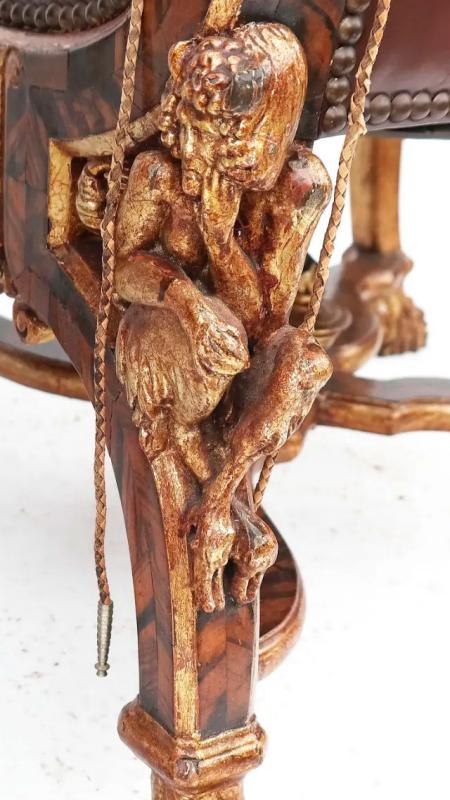 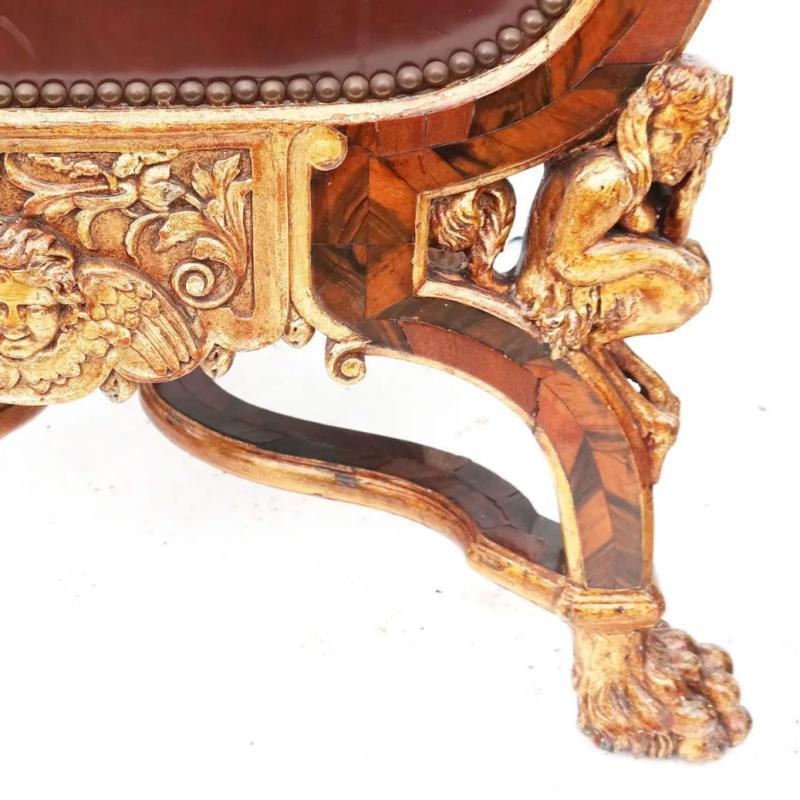 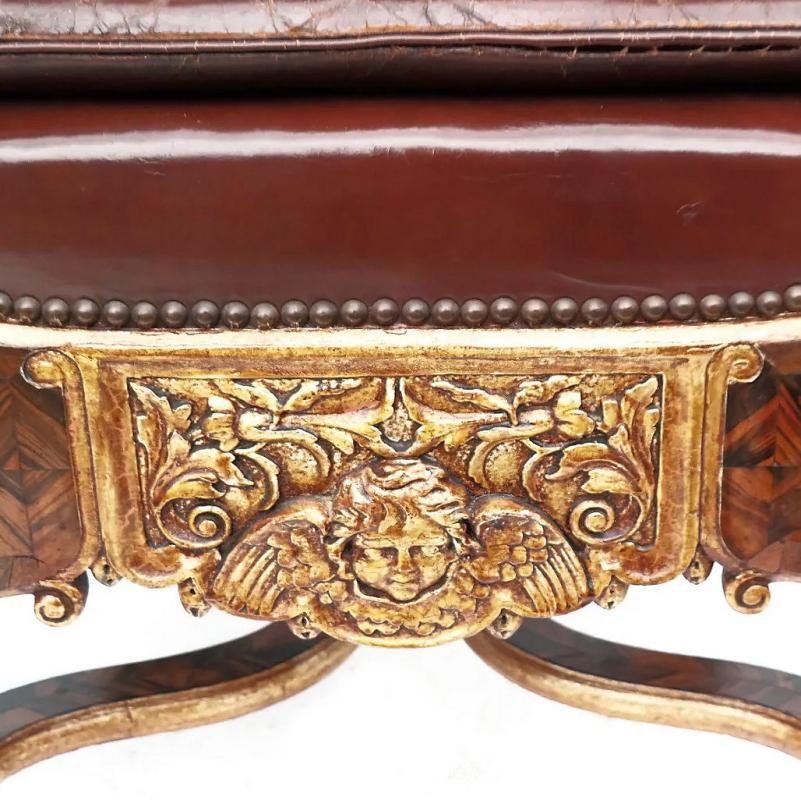 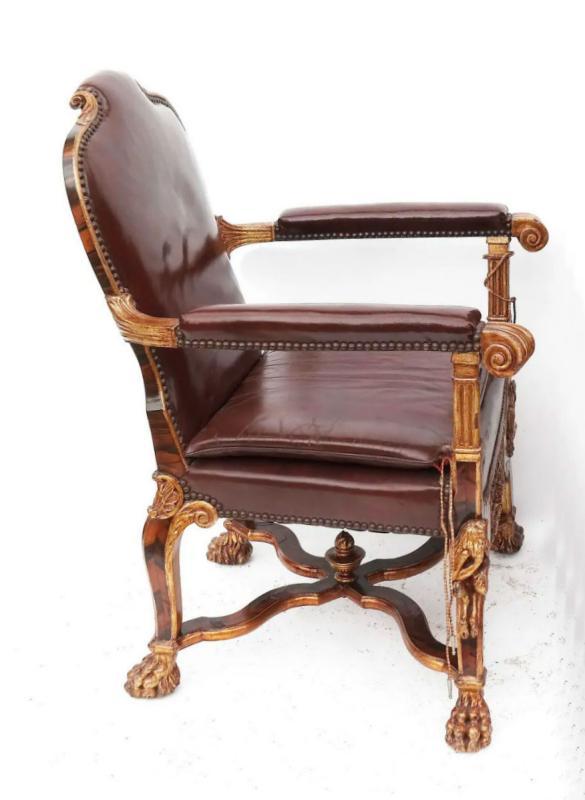 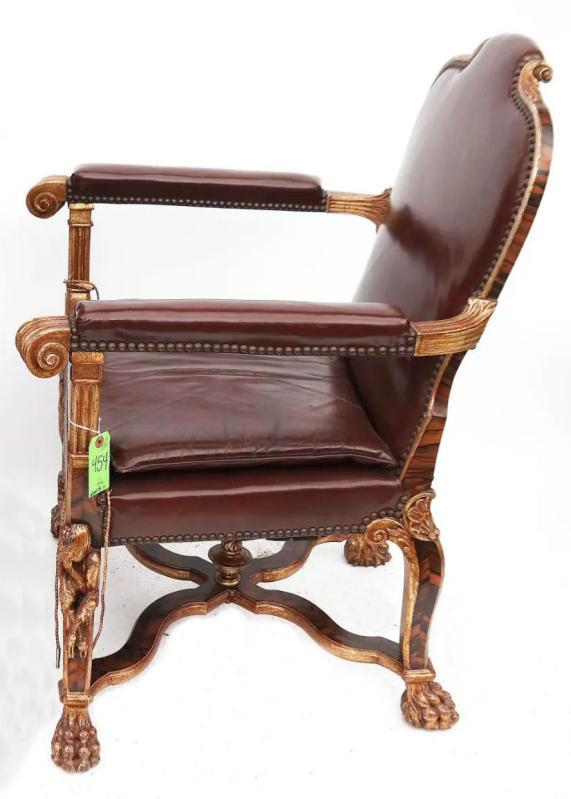 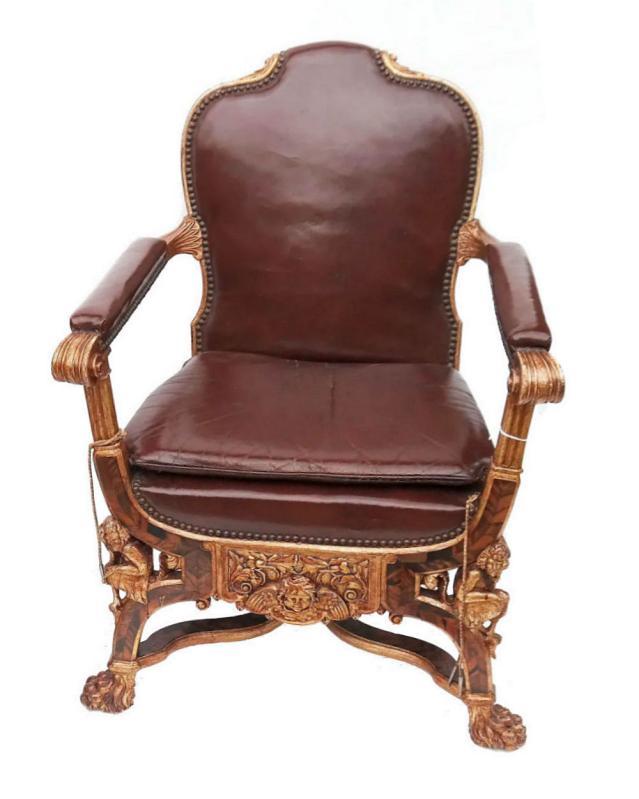 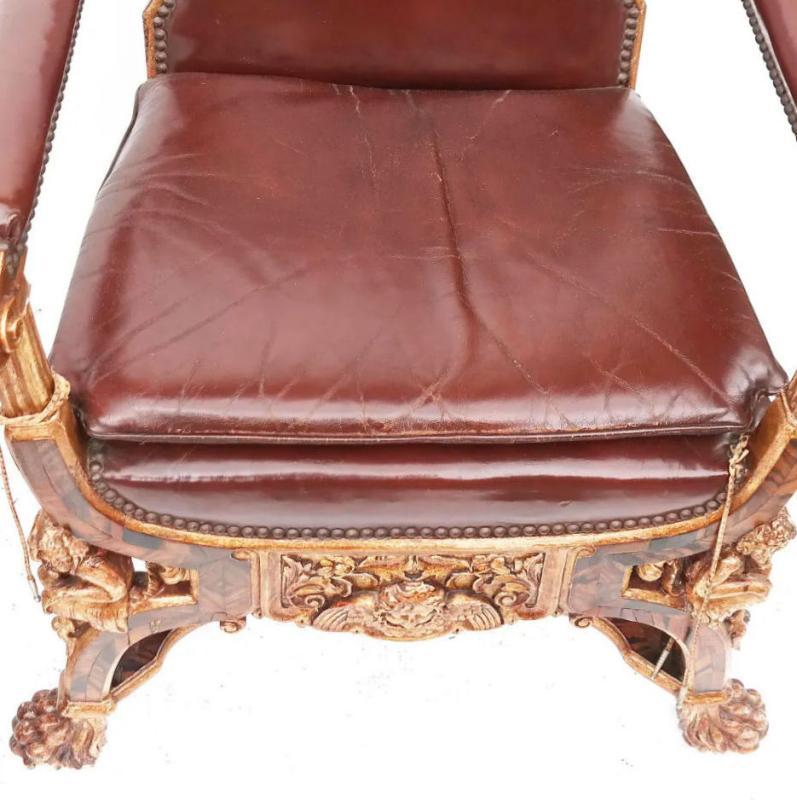 Our client's pair of carved, veneered, gilded, leather upholstered armchairs in the Italian neoclassical style come from Mar-a-Lago.  The pair were displayed in the magnificent two-story tall living room at Mar-a-Lago decorated to resemble a  Venetian palace.

They feature finely sculpted details including scrolling crest at the top of the seatbacks, scrolling arm rests, prominent angels carved into the apron, and extraordinary, three-dimensional carved satyrs at the top of the legs which end in lion paw feet connected with x-form stretchers decorated with finial at the center.  The pair were displayed in the magnificent two-story tall living room at Mar-a-Lago decorated in the most luxurious Venetian style.  The chairs are shown in photographs on pages 65-66 of Palm Beach Houses (Shirley Johnston, Rizzoli International Publications, Inc., 1991).

Each 38 in tall, 27 in wide and 27 in deep, and in good condition.  Brown leather upholstery is not original, is generally very clean and shows some age and cracking.  There are numerous cracks and some small losses to the veneer, plus scratches and nicks and rubbing wear to the gilding.

Acquired by our client from Jay Waldmann, antique dealer of Southampton, New York, and previously from Mar-a-Lago, the Palm Beach estate built by Marjorie Merriweather Post (1887-1973), purchased by President Donald Trump in 1985.  The chairs are shown in photographs taken in April 1967 found in the collection of the Library of Congress.

The chairs may have entered the secondary market at Christie's on March 30, 1995 in their sale of Property from Mar-a-Lago Sold by Donald J. Trump, which included sixteen lots of chairs.