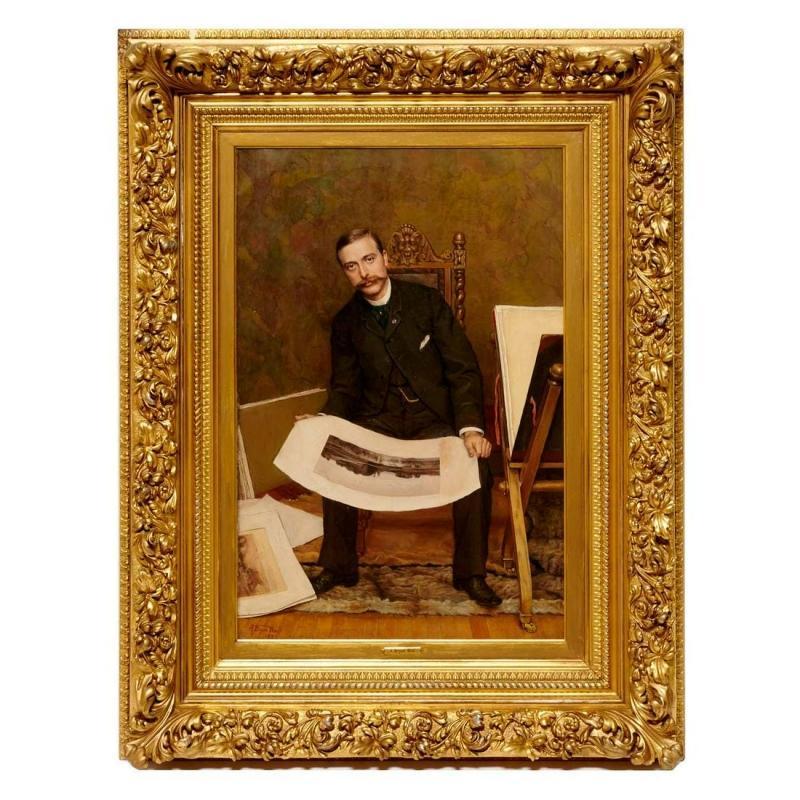 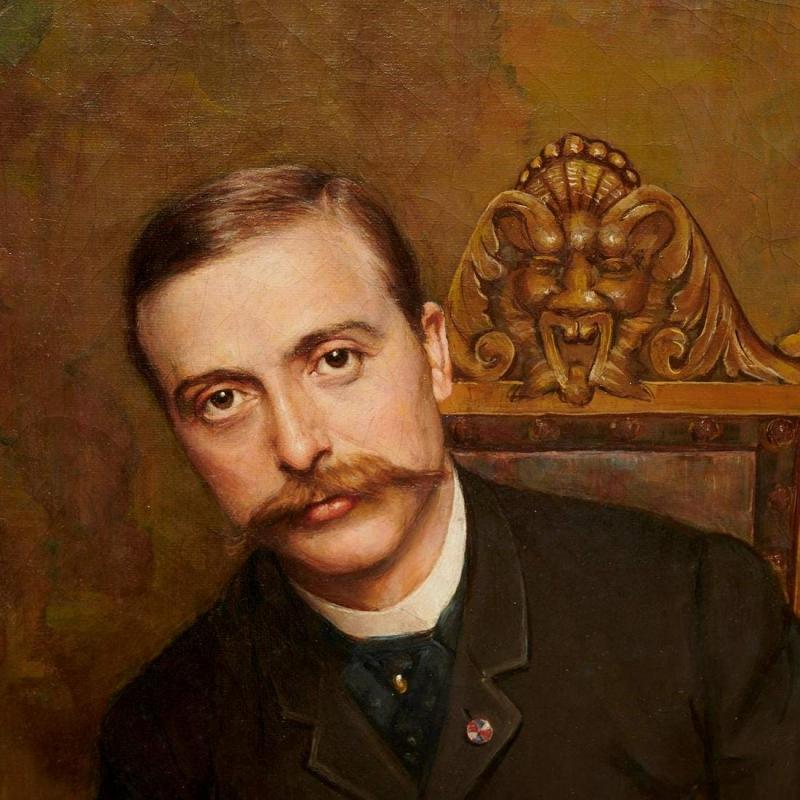 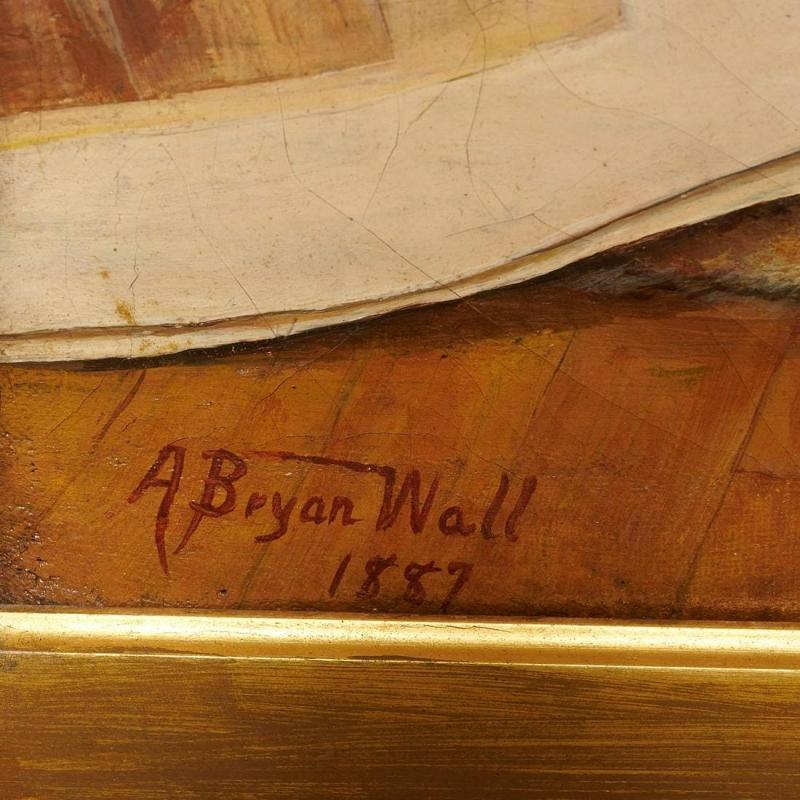 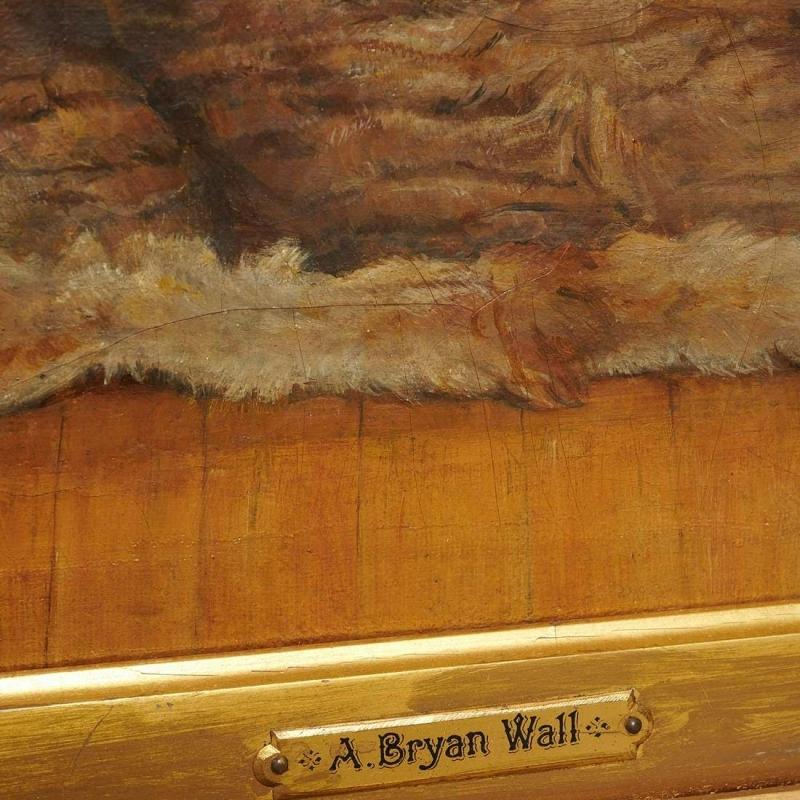 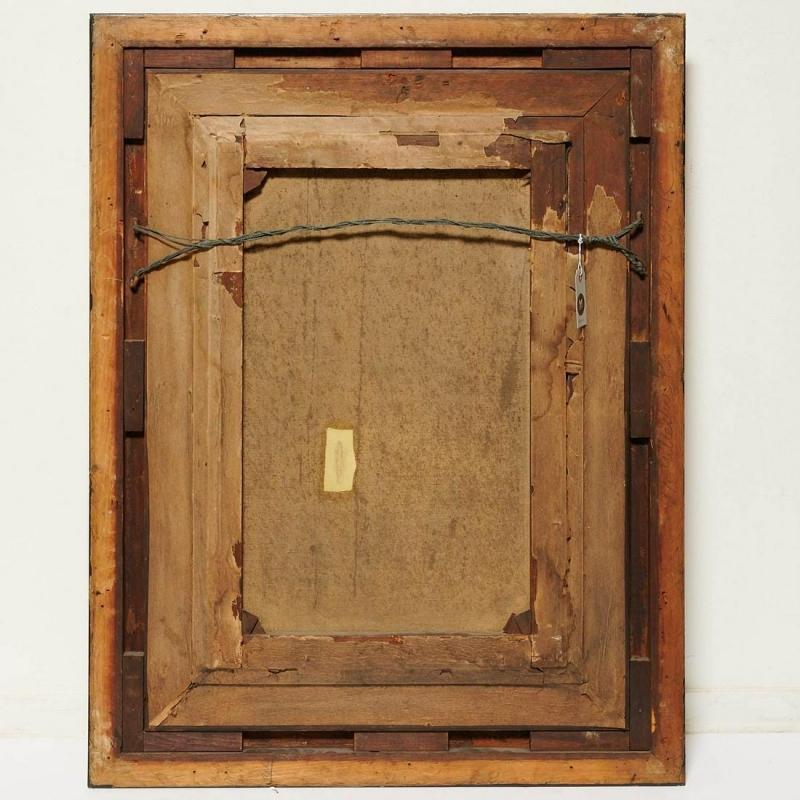 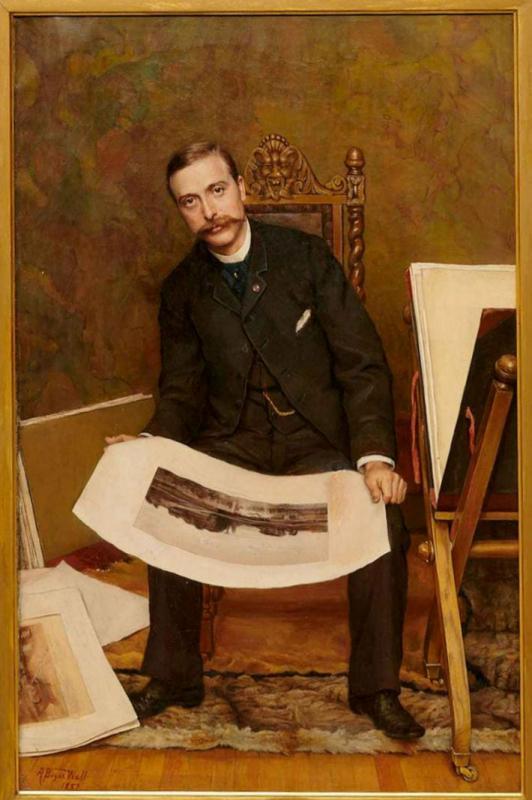 The artist was born in Pittsburgh and the son of artist, Alfred S. Wall, and nephew of William Coventry Wall.  A second-generation member of the Scalp Level School, founded by George Hetzel, he became known for his paintings of sheep in pastoral settings.  Known as a landscape painter, he was an exceptional portraitist acclaimed for his portraits of  Andrew Carnegie, Mrs. Henry Clay Frick and Harry Darlington. He was a member of the Fine Arts Committee of the Carnegie Institute and exhibited at the World’s Columbian Exhibition (1892–1893) and the National Academy of Design.

This self portrait was completed at the age of just 26 and is a fine example of his skills as a portraitist.