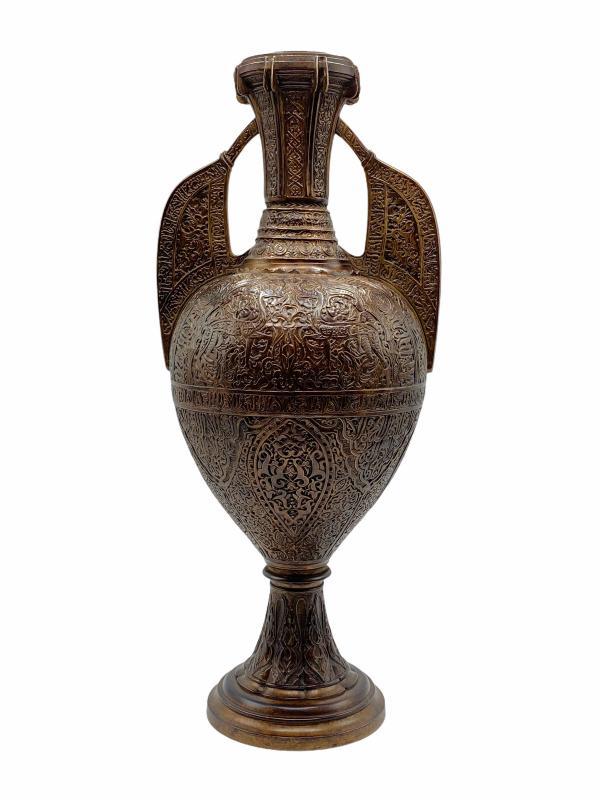 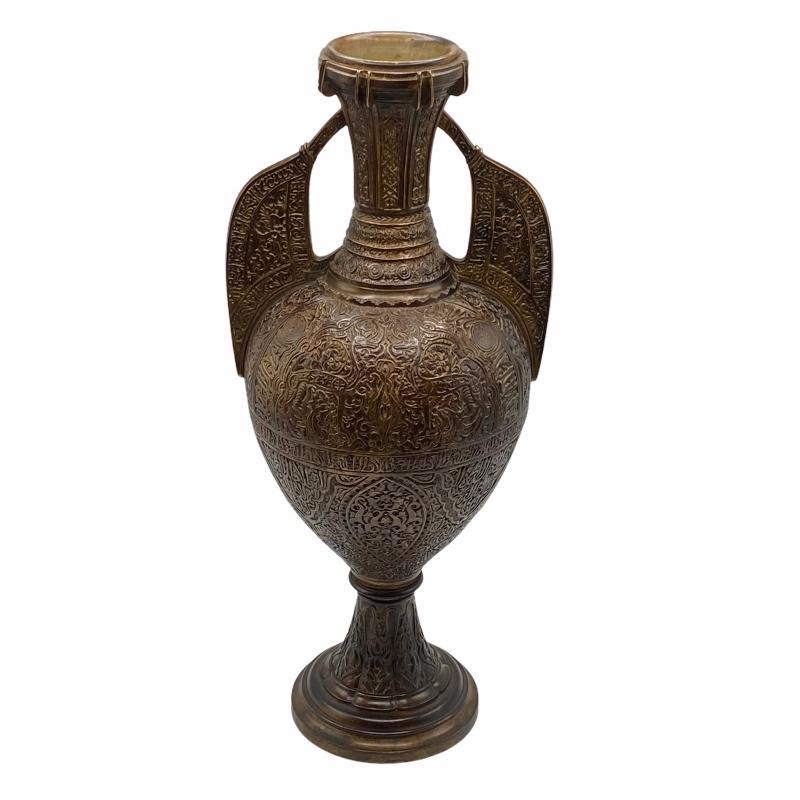 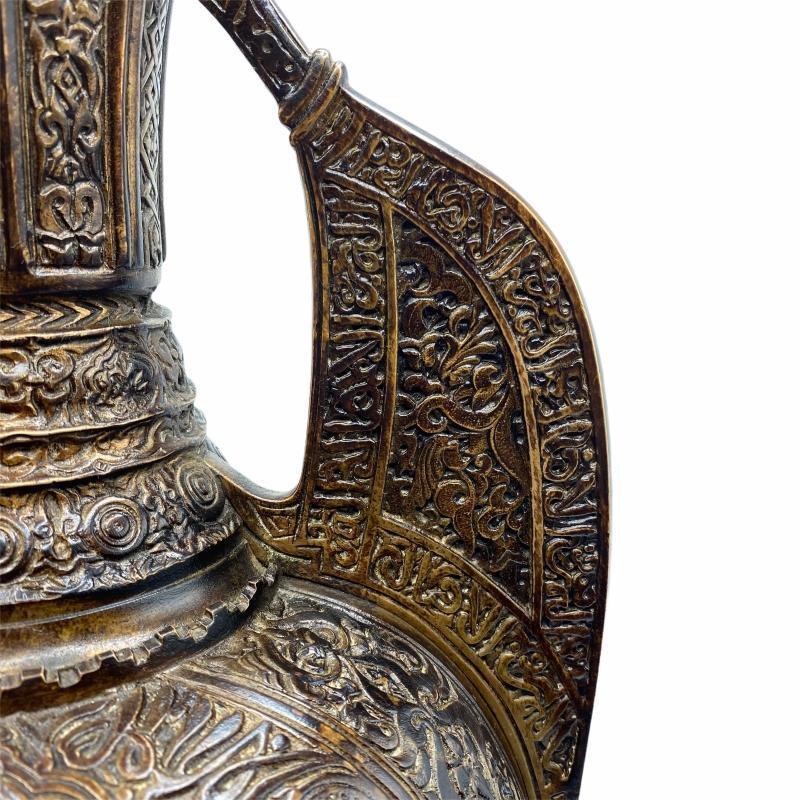 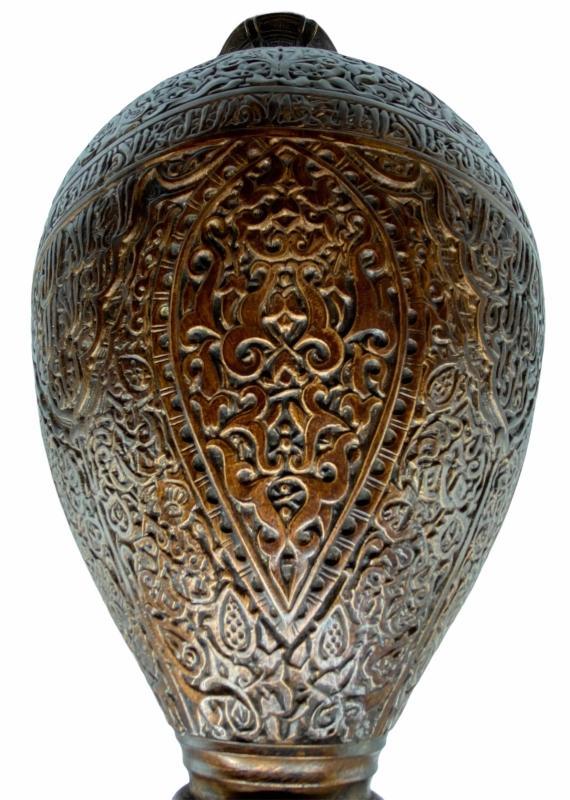 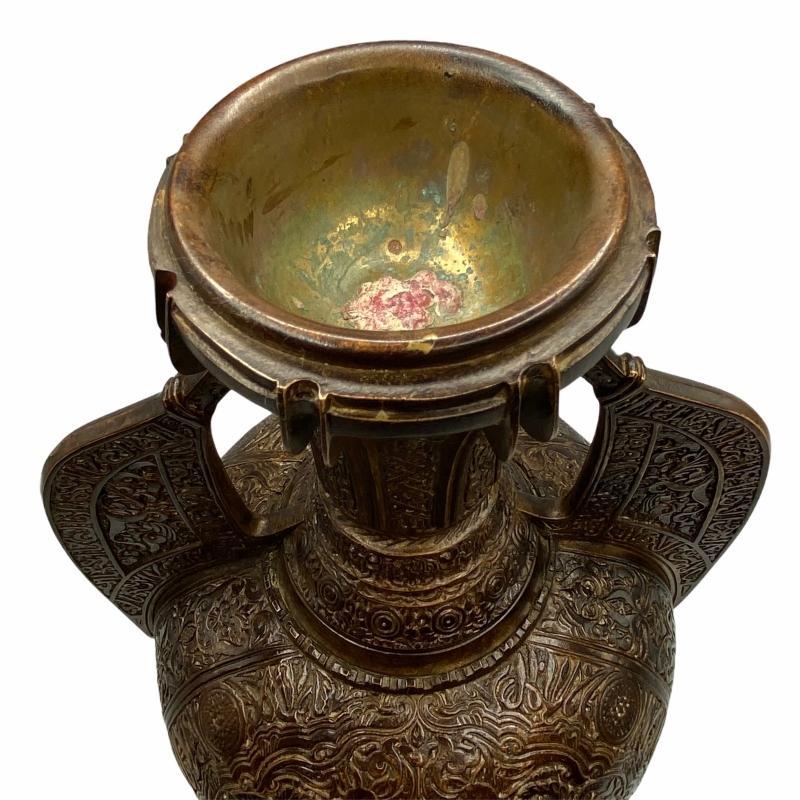 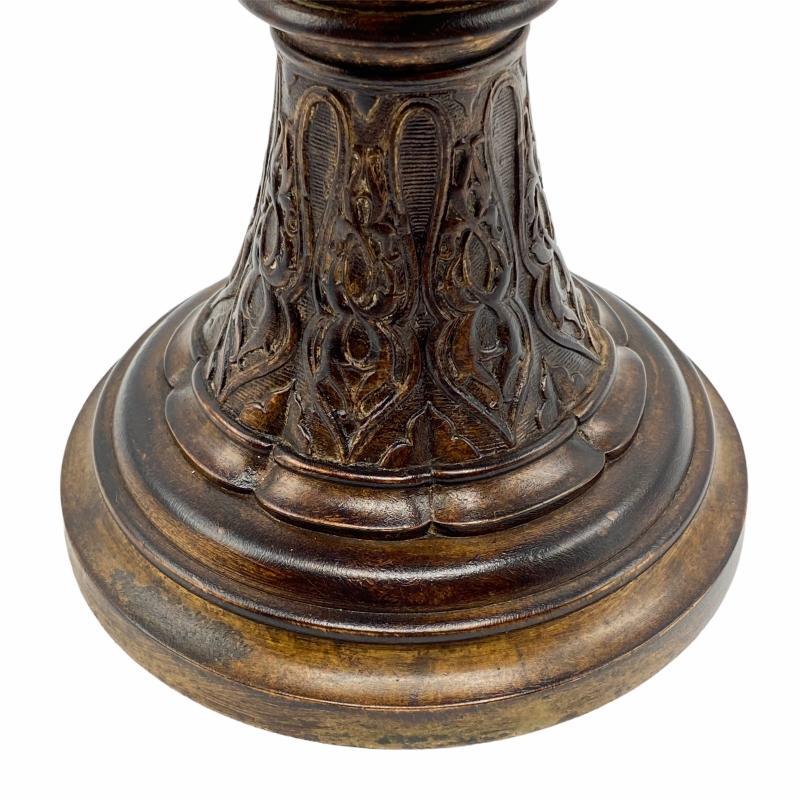 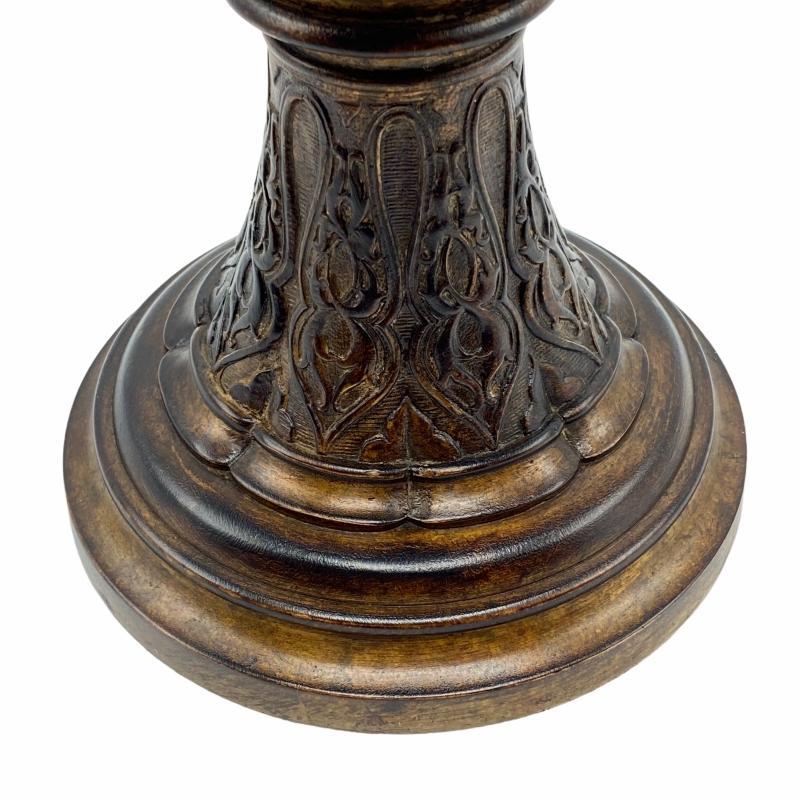 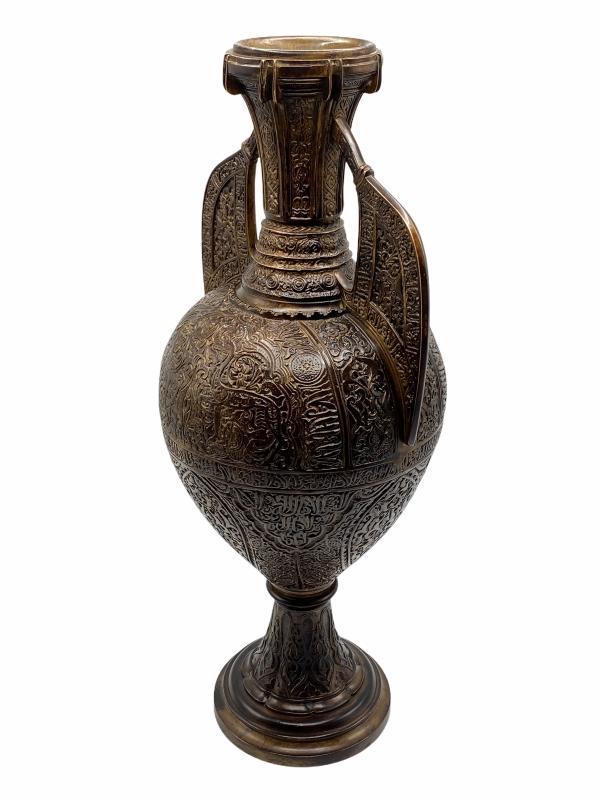 Our antique Alhambra vase dates from the early 20th century and measures approximately 21.25 in (54 cm) tall.  It is in good condition, with an expected degree of scratches and scuffs and nicks, consistent with age.  We have not found a foundry mark.  Recently polished with a light brown patina.  This appears to have been cast by the foundry that supplied Tiffany and Co. who is known to have retailed this model in the late 19th century.

According to Christie's, the design of this vase was inspired by medieval Spanish Nasrid, or so-called Alhambra, vases. The amphora-like Alhambra design dates from the thirteenth to fifteenth centuries and, while examples have been found in other areas of the Mediterranean, they are usually associated with southern Spain. Their purpose seems to have been purely decorative, and their large wing-like handles serve simply to provide greater surface for decoration.

A vase of almost identical design and size was offered by Christie's in London on October 26, 2022 in lot 22 of their sale of ART OF THE ISLAMIC AND INDIAN WORLDS INCLUDING ORIENTAL RUGS AND CARPETS with an estimate of 15,000-20,000 GBP, and closed at 18,900 GBP.