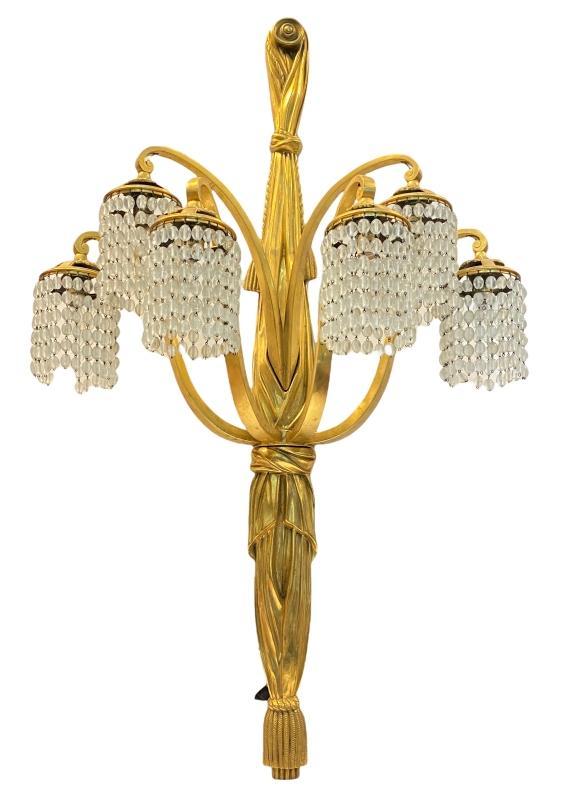 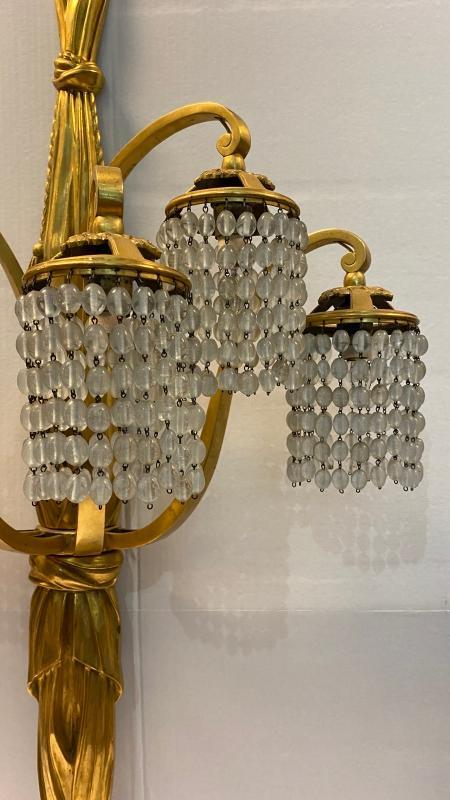 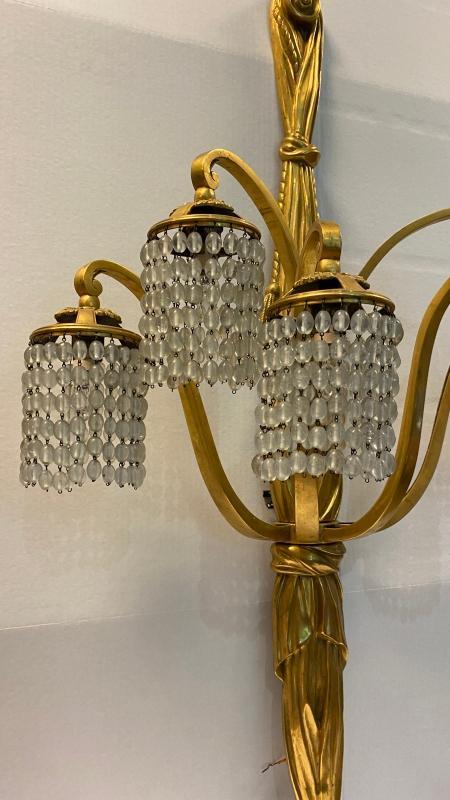 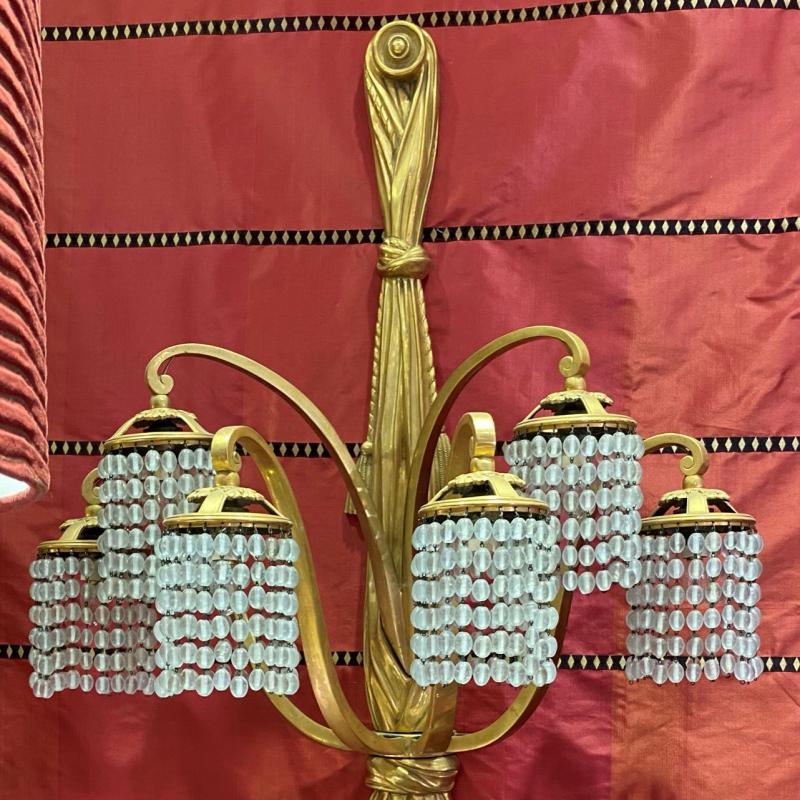 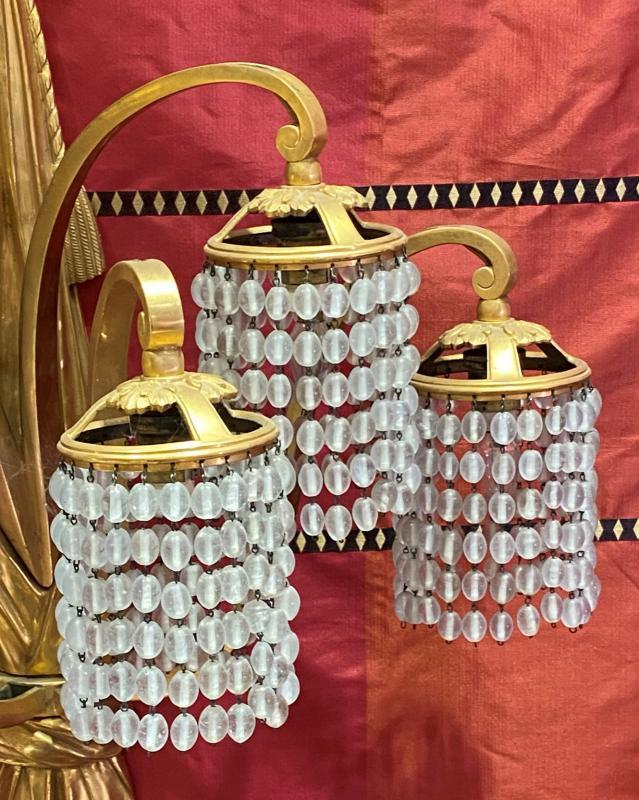 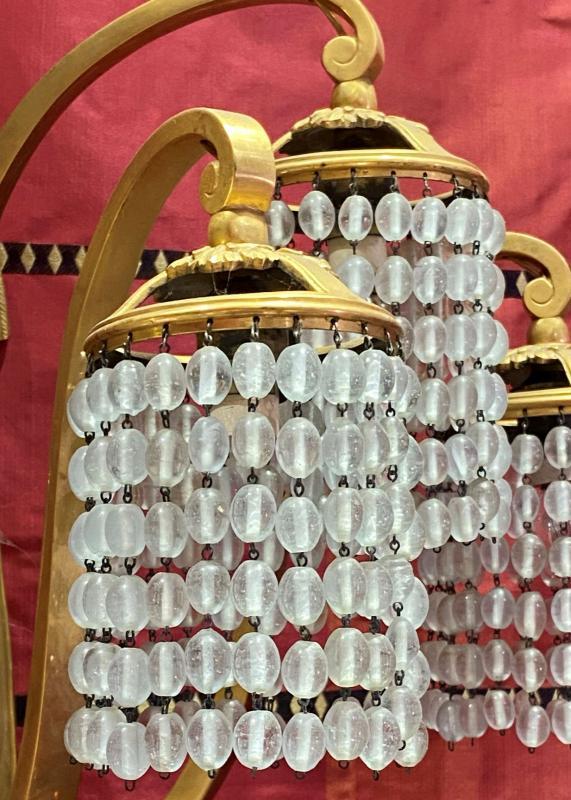 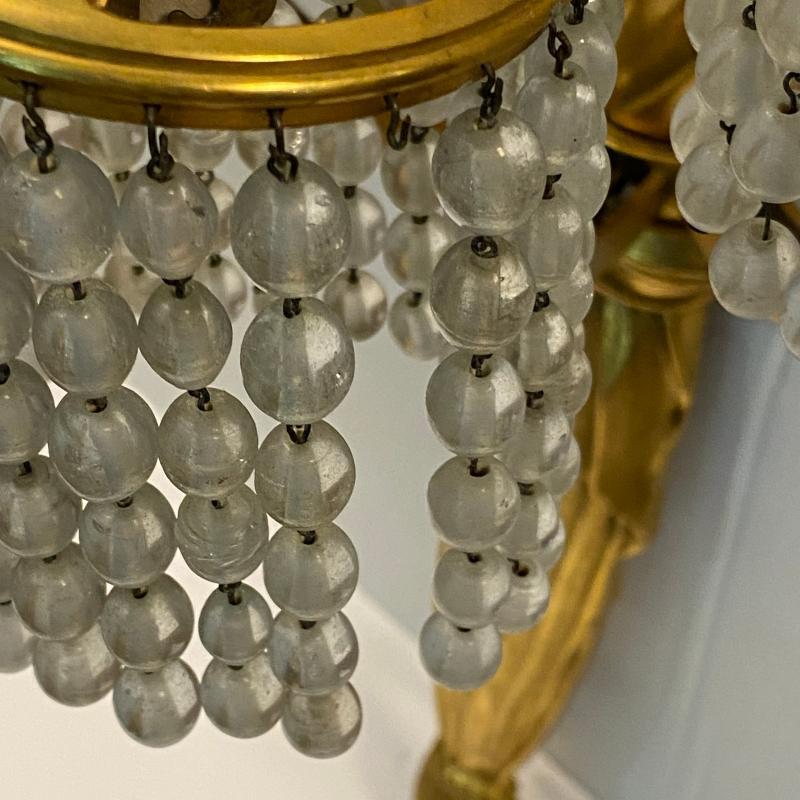 They have a timeless drapery form of the Louis XV period, but are distinguished by their oval-shaped glass beads decorating each of their six electrified sockets.

In our 20 years in business these are the only other sconces of this model that we have seen appear for sale online.

Condition of each is good.  There are some bead losses, generally no more than a single or partial string missing from each.  There are scratches and nicks.  Each with original European standard sockets and modern wiring.