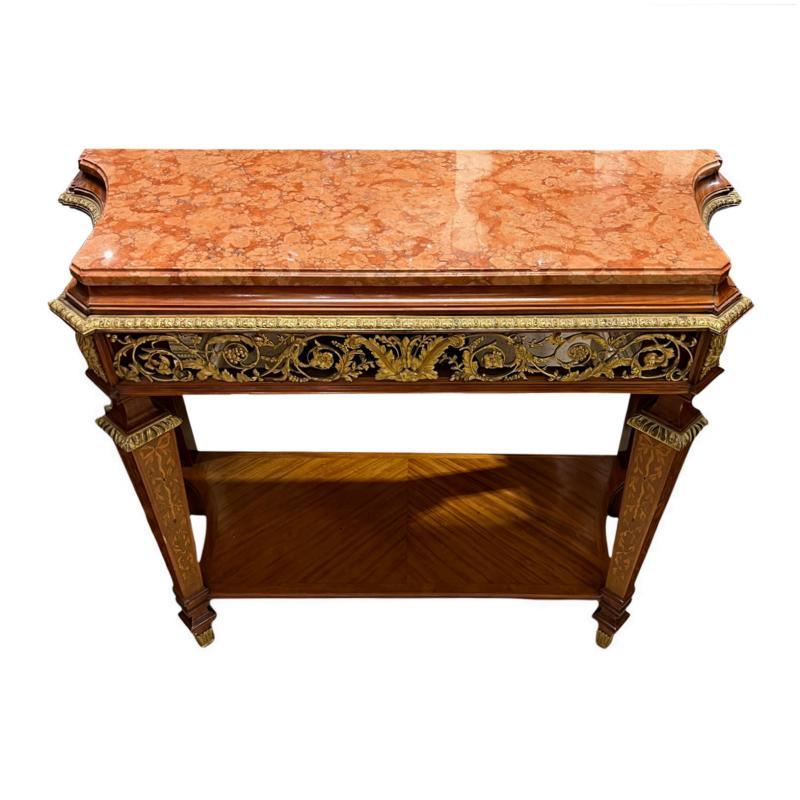 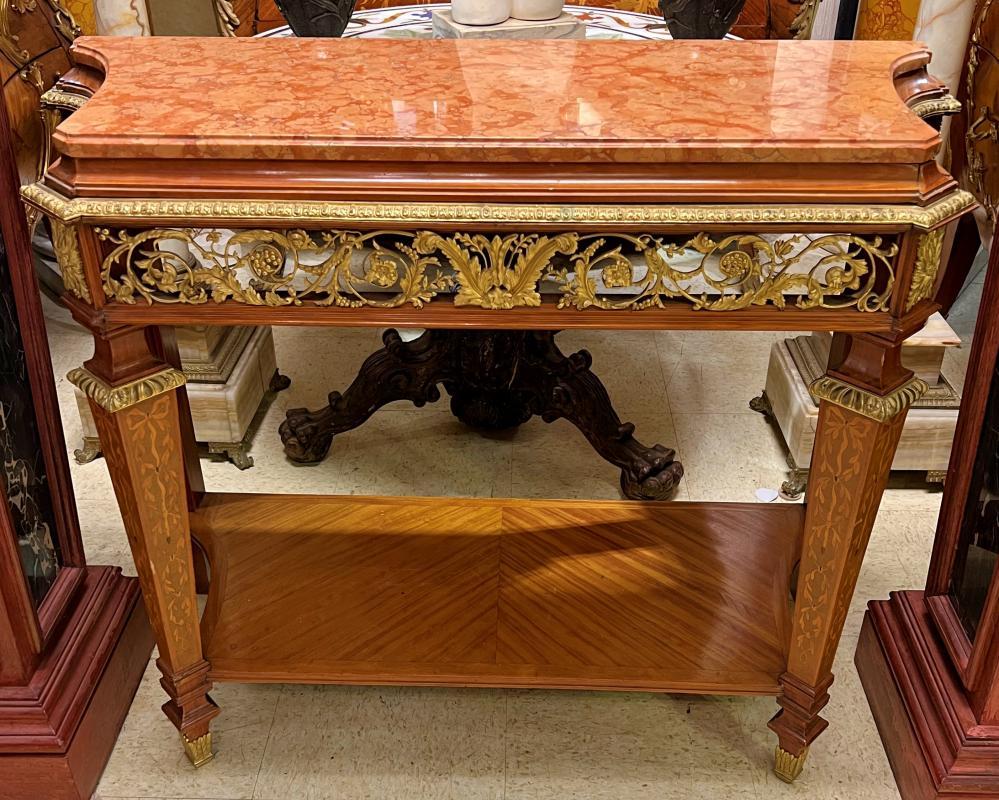 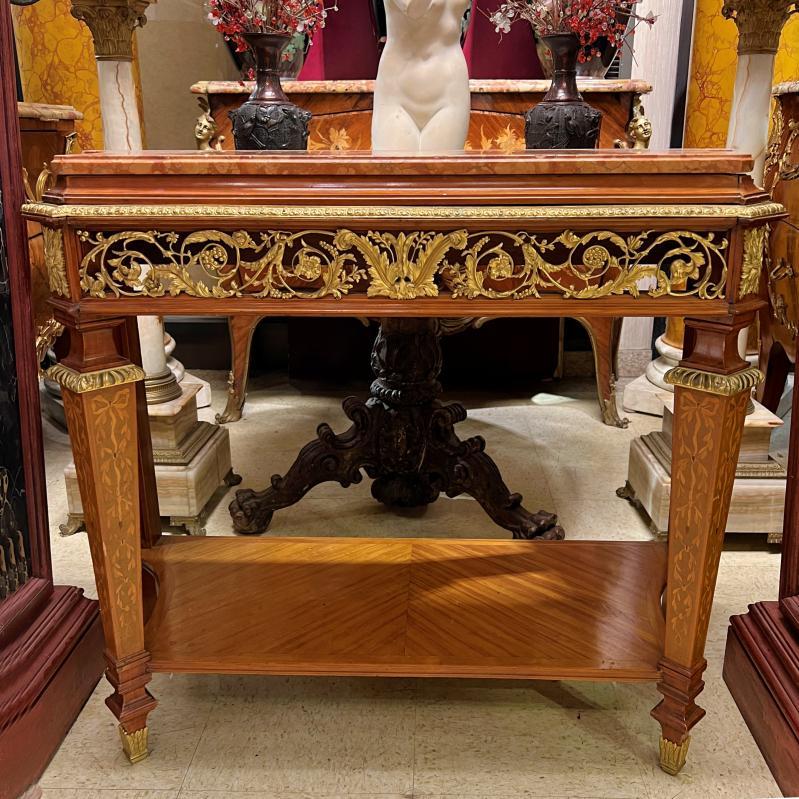 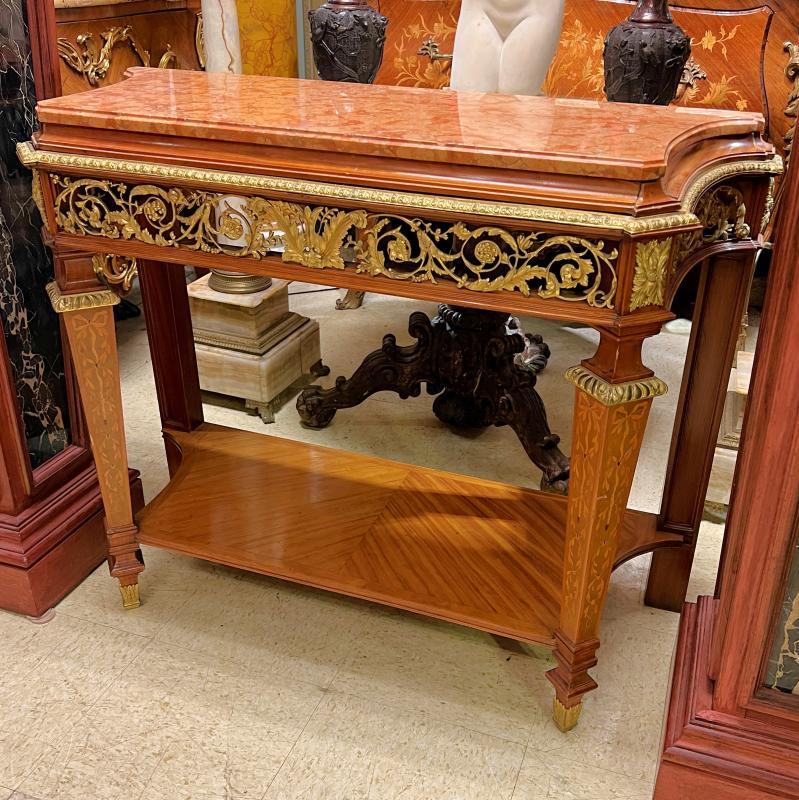 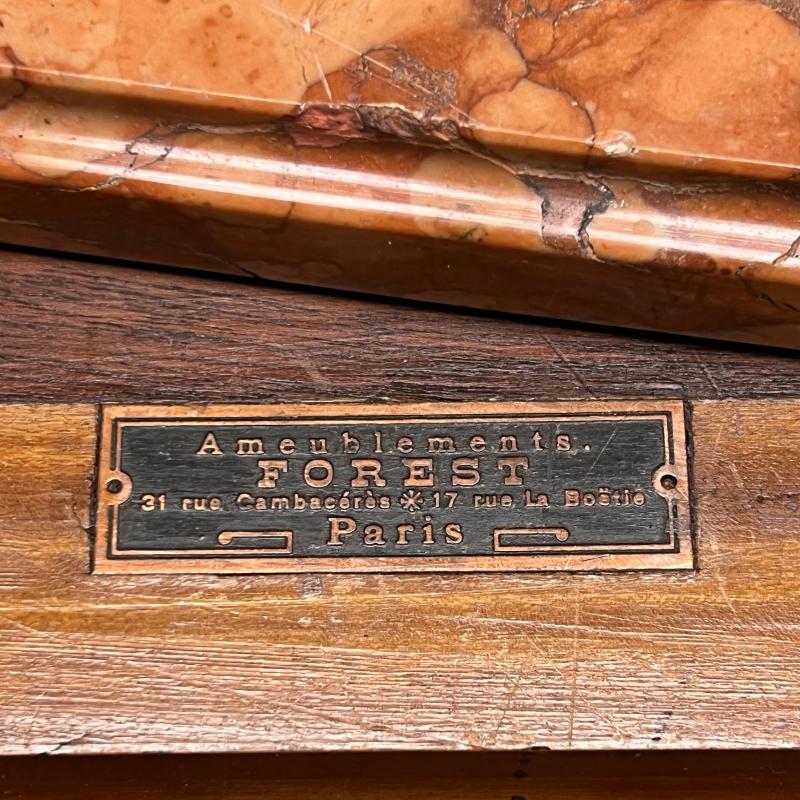 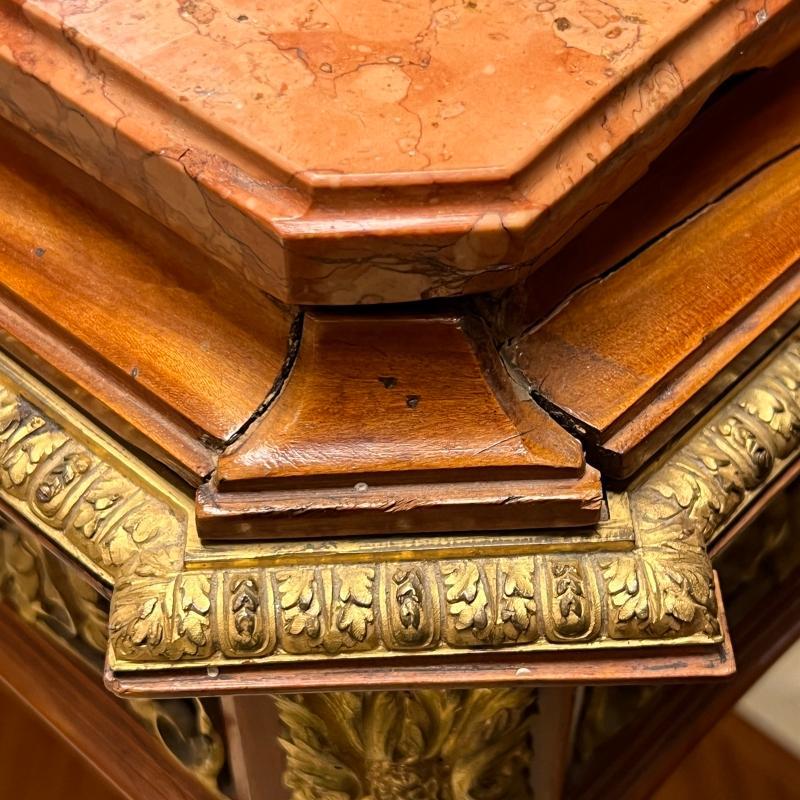 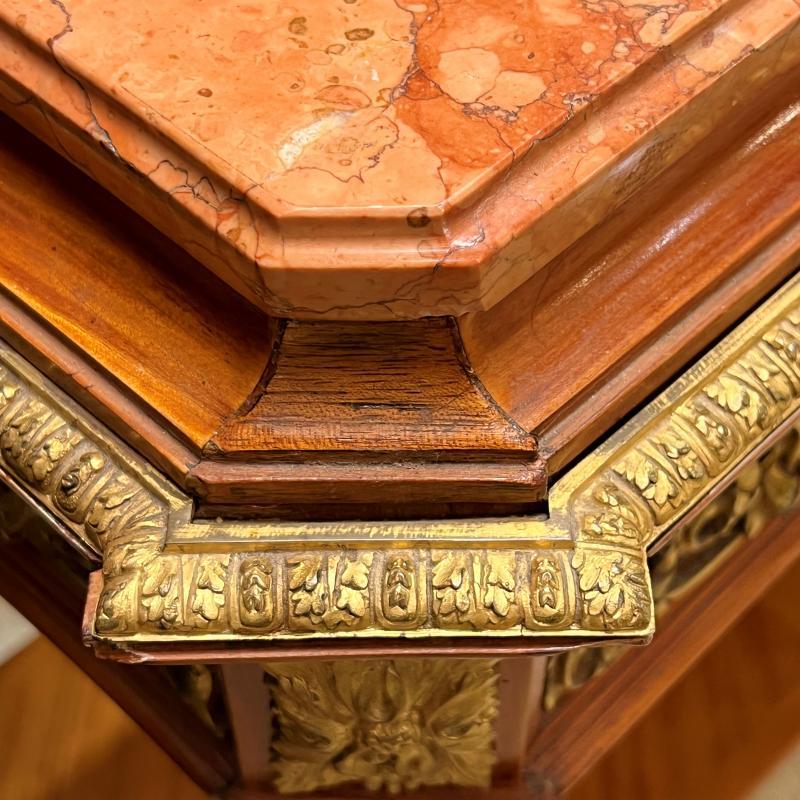 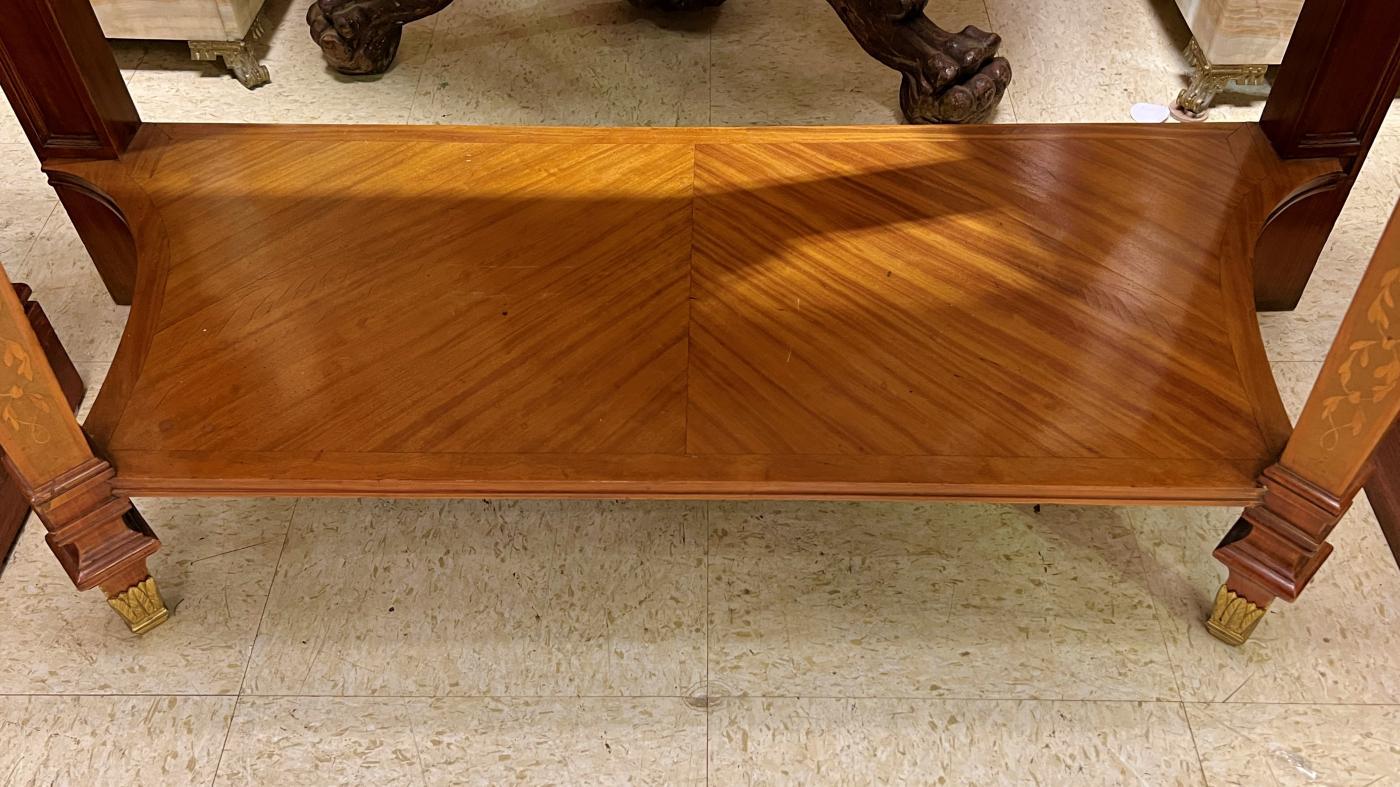 Our rectangular console table with fine marquetry inlay, gilt bronze mounts and marble top by Maison Forest of Paris dates from the 1880s to 1890s.  40.25 in wide and 16.25 in deep with height of 31.5 in.  With metalic label AMEUBLEMENT FOREST/ 31, rue Cambaceres - 17 rue de la Boétie/PARIS.

There are chip losses to the marble, some cracks and separations noticeable at the front right corner, scratches and nicks, and some warping to its rectangular shape.

Maison Forest was founded in 1883 at 14 rue Pierre-Picard and later moved to 31 rue Cambaceres and 17 rue de la Boetie in Paris. Their works have regularly appeared at major auction in Europe and New York, including Christie's and Sotheby's.