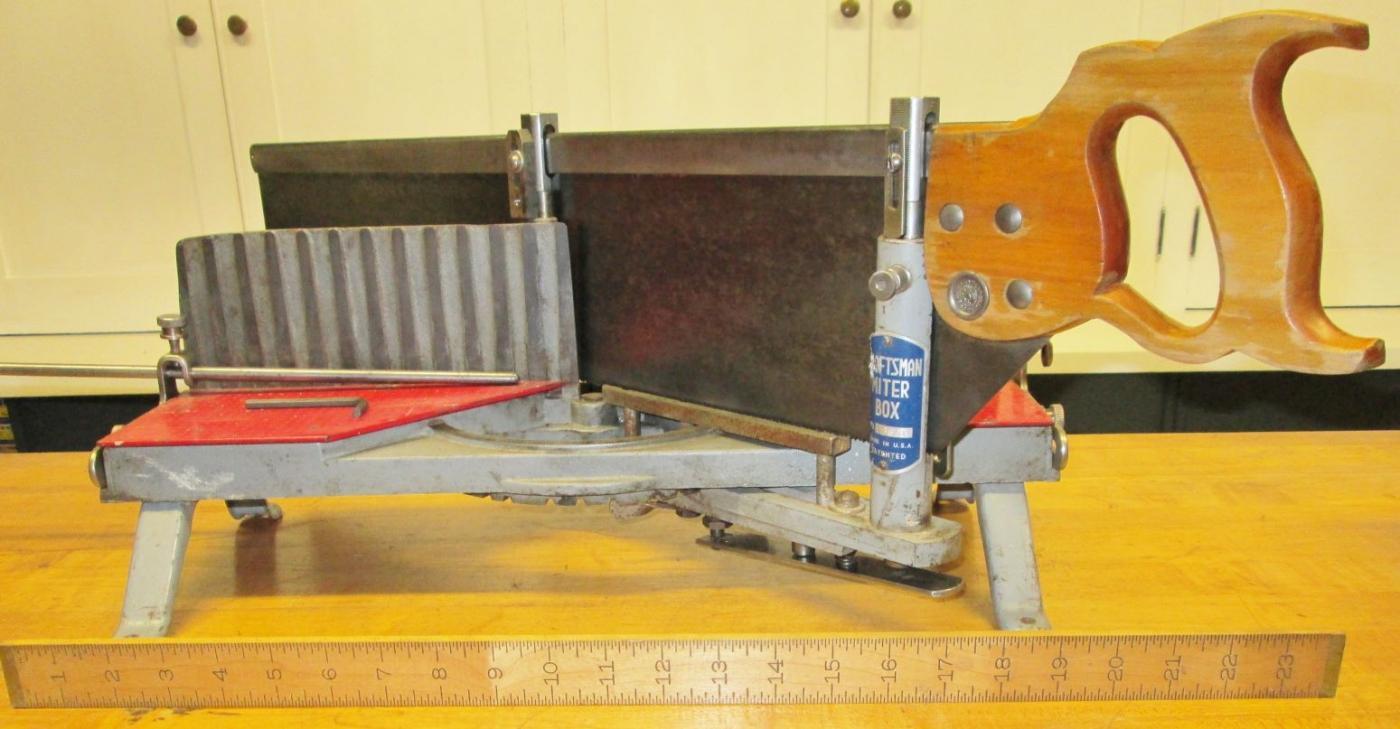 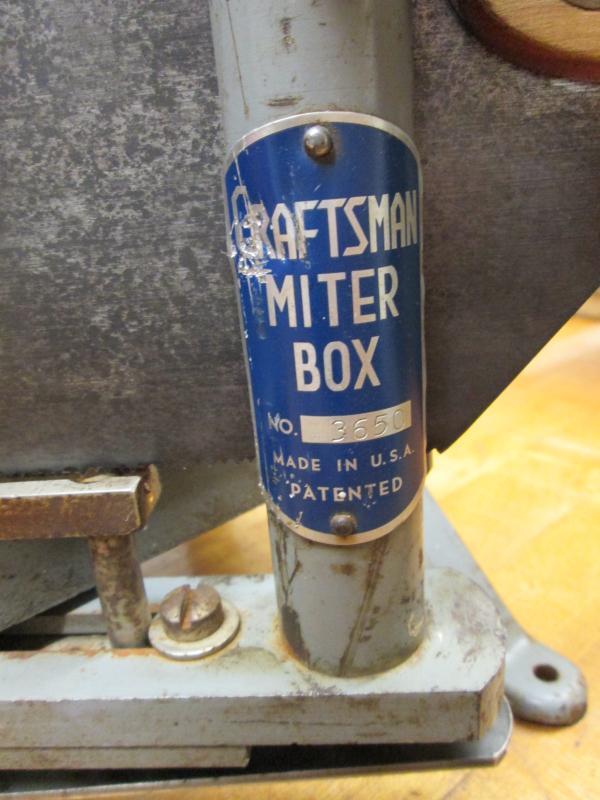 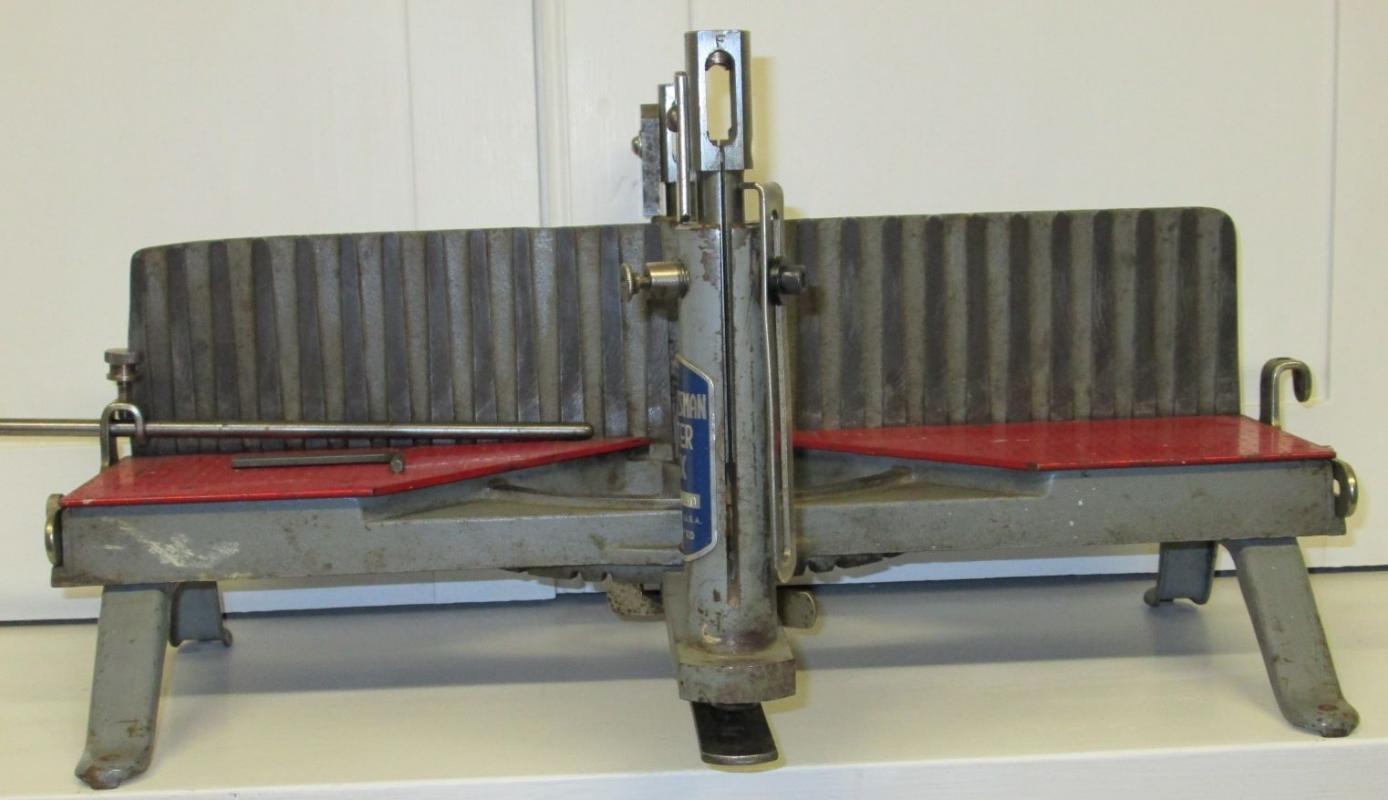 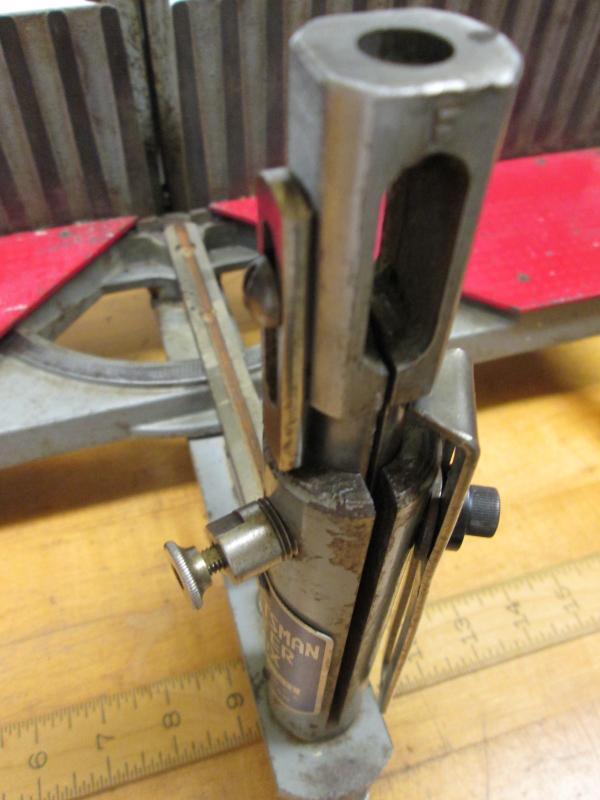 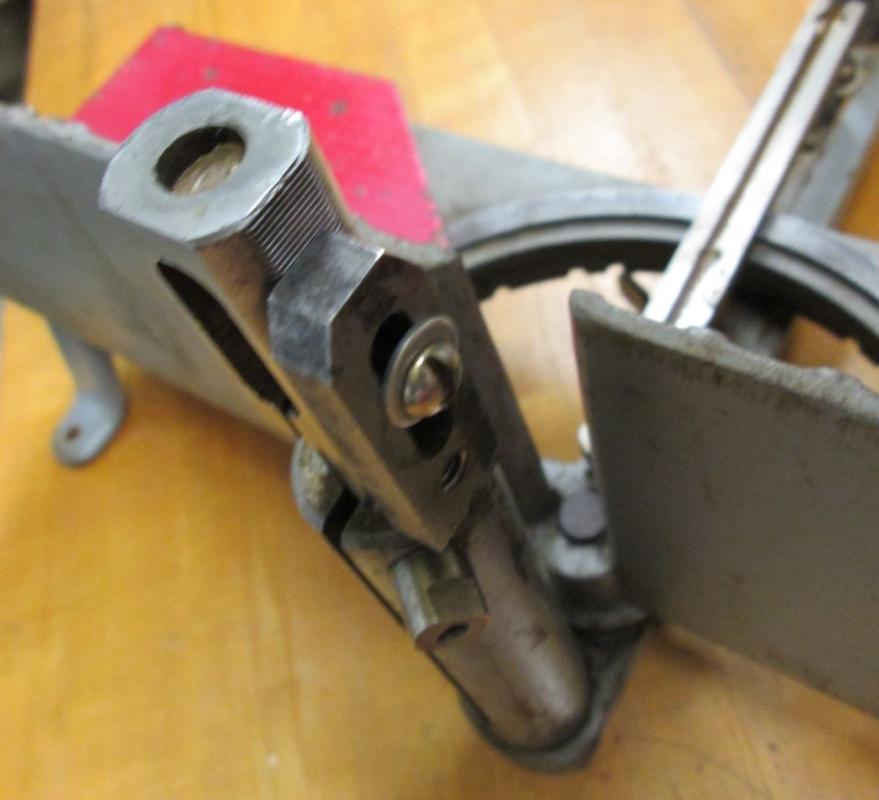 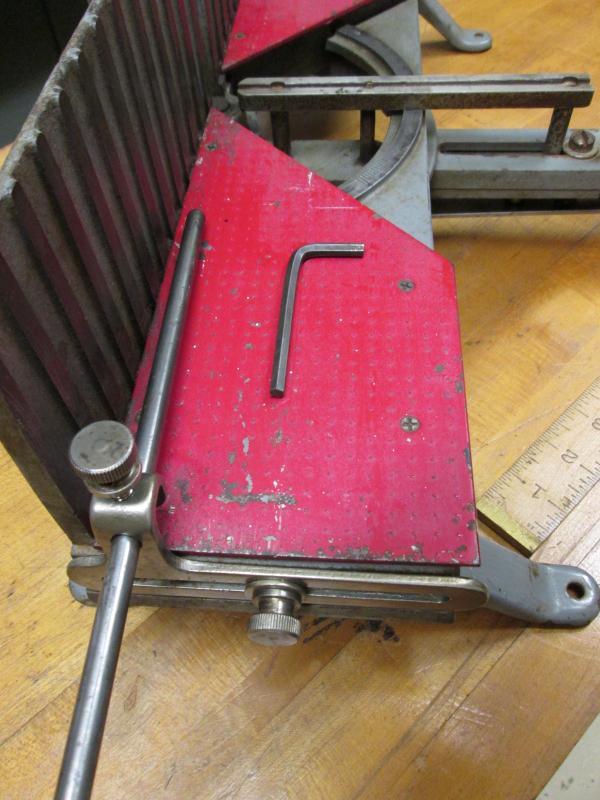 This is a very nice, heavy duty, all metal mitre (miter) box that was originally made by Millers Falls and is the same as a few that we have sold in the past that where marked &quot;MILLERS FALLS CO. LANGDON ACME MITER BOX 74C MADE IN U.S.A. GREENFIELD MASS.&quot; on the metal tag in the front, center saw support column. Instead, this miter box is marked &quot;CRAFTSMAN MITER BOX NO. 3650 MADE IN U.S.A. PATENTED&quot; on it's metal tag label that is located in the same place as the Millers Falls model mentioned. About 90% of the tag is intact, readable. This model has several quality features, it is believed to be the top of the line Millers Falls model. The features include independently adjustable saw guides, adjustable depth stops on both saw guide posts, Both hand saw guides have spring loaded raise position locks (to hold the saw in the upward position while placing work on the table) one of the two is working, the other is missing the spring and the lock part, but the saw can be held in the up position with just one that it has. The saw guide system is all in great shape, adjustable front saw guide support can be adjusted outward to increase the span between the two saw support columns (shown in the pictures in the closed or shortest span position). The angle set system has automatic spring loaded lock for 0, 9, 15, 22, 30, and 45 degrees angles, up to 45 degrees angle in either direction, and also has the pull lever action brake (underside of box) for holding in place in any other angles (works in conjuction with the wing nut on the underside to tighten or snug the angle assembly). There is a angle scale on the top graduations in one degree on this model. This mitre box also has workpiece stops, two clamps for each end supplied, one wing screw and stop rod also included. As you can see the mitre box has some paint stains, and missing paint, about 85% paint intact, otherwise no damage, all the original hardware seems to be on it, (Note: One missing extended depth stop and screw is missing. This stop would be only when you are not cutting completely through the work piece, and wish to set a stop to stop at a certain distance off the table. One of the short depth stops, the one on the back pillar appears to be a not original replacement, but is suitable for finish depth control). All parts are clean, not rusty, no damage, in very good working order. We did note some minor surface rust on the underside of the red paint table plating which can be seen from the underside of the box. The feet have holes to mount this unit down on your workbench. One of the best quality mitre boxes ever made! Weight is 25 pounds unpacked mitre box only. The distance between hand saw support shaft centers as shown is 10.5&quot;. the table is 20&quot; long x 4.5&quot; wide, and the back rail is 3.6&quot; tall. The hand saw in some of the pictures, is included in the price. The condition of the saw is good++, clean, with good sharp teeth, no rust, no damage, straight not bent up, some minor staining, and some tiny areas of pitting, none effecting the teeth or use of the saw, very clean overall. The saw blade alone is 28&quot; long, one of the longest miter saws I have seen, most likely made by Atkins but is not marked by the maker. The saw is marked &quot;WARRENTED SUPERIOR&quot; on the medallion. The saw handle is also clean, with good nickel plated brass hardware, one very minor hairline crack on one side of the handle area only, not effecting handle fit to the blade or use of the saw, minimal wear. The saw is 36&quot; long overall, the full blade is 28&quot;. It fits the mitre box nicely, and is a very nice length for a good match, most likely originally with this mitre box when new. Overall a very nice, antique mitre box, by a well known maker!