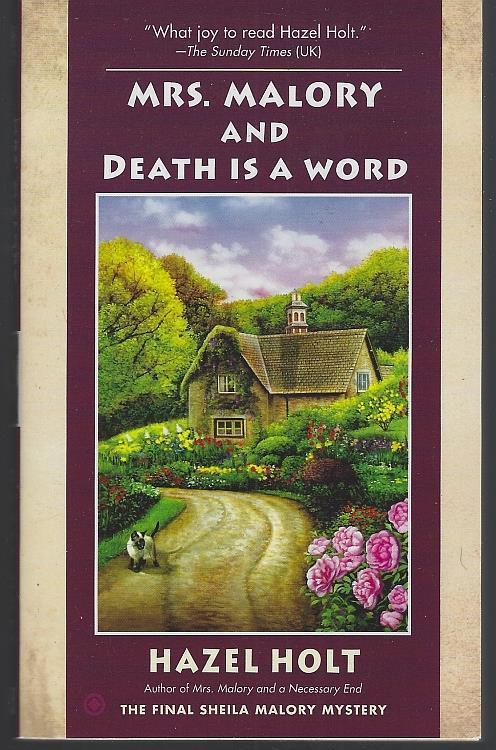 Mrs. Malory and Death Is a Word by Hazel Holt. New York. Signet. 2014. First Edition. Paperback. Good. Edgewear. Sheila Malory's old friends Charlie and Jo Hamilton run a popular riding school in the quiet English town of Taviscombe. When Charlie is found dead in his stables from a blow to the head and with only his horses as witnesses to his final moments the entire community is shaken. Especially since Charlie's is just the first in a series of shocking and suspicious deaths. Mrs. Malory is on the case, but the trail of clues, from an unlucky horseshoe to a lethal electric fence, proves to be anything but a smooth ride; Mrs. Malory Mystery Series Vol. 21. 226 pages.