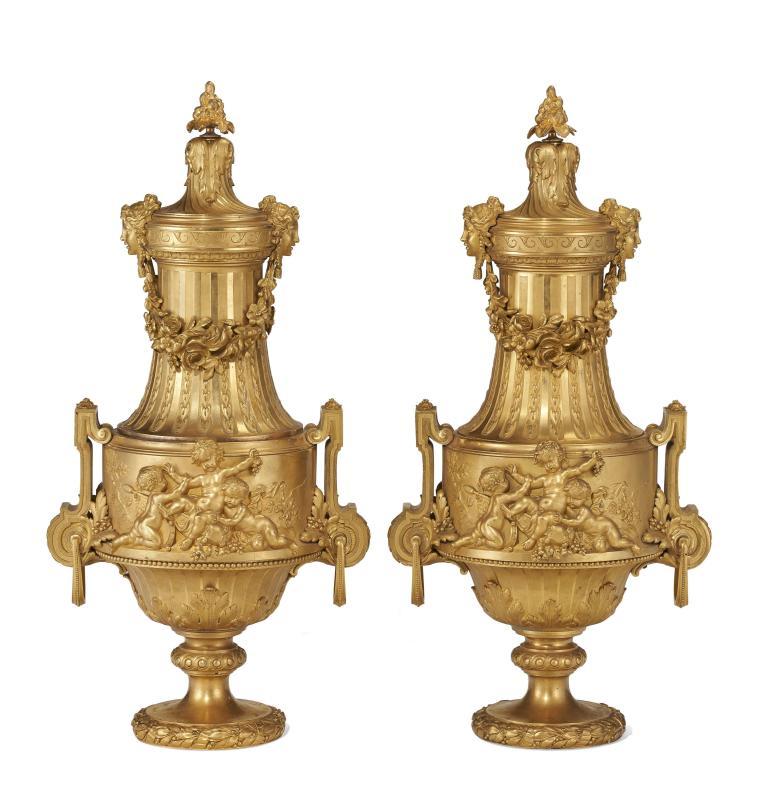 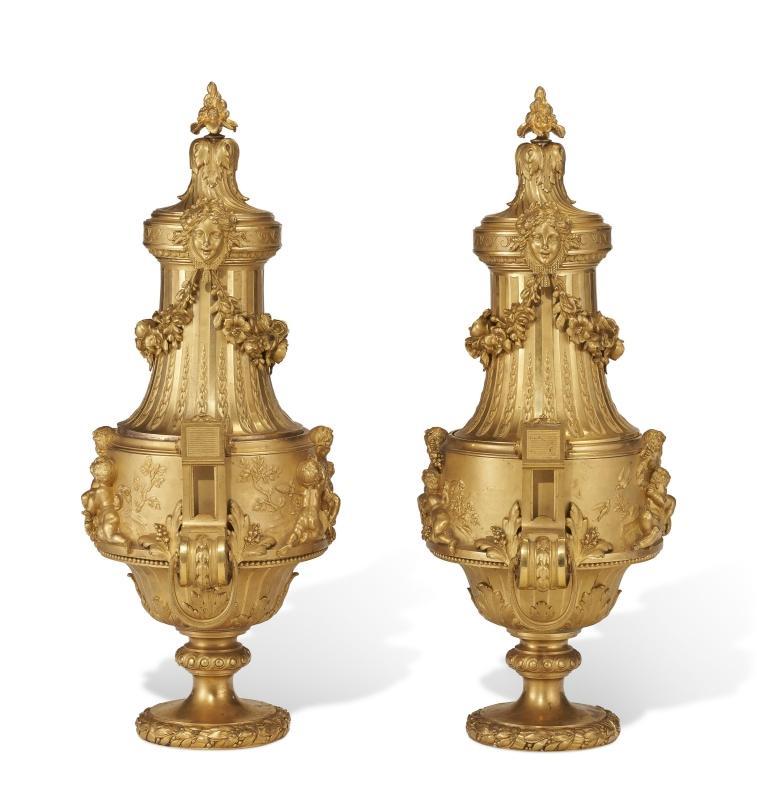 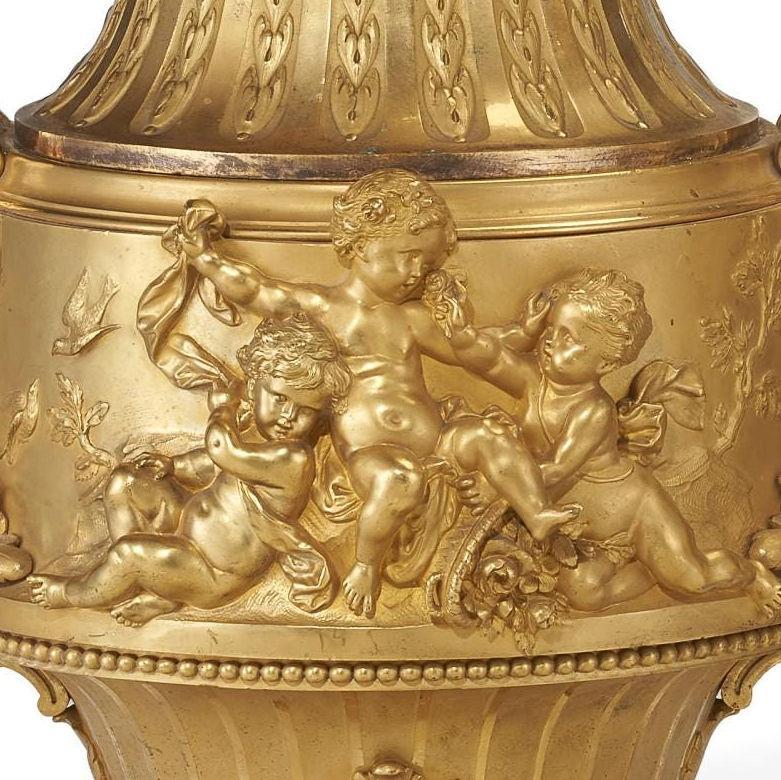 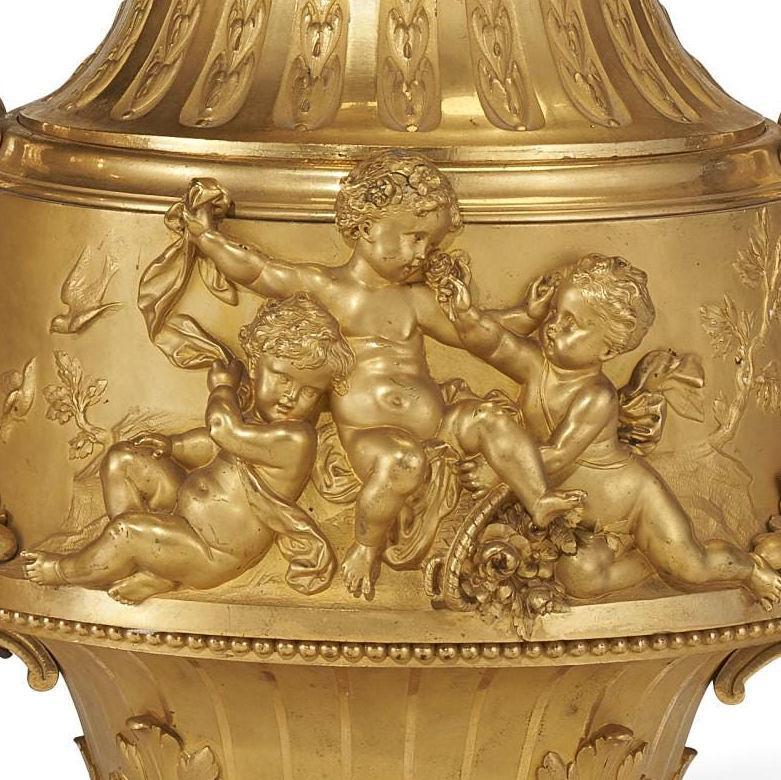 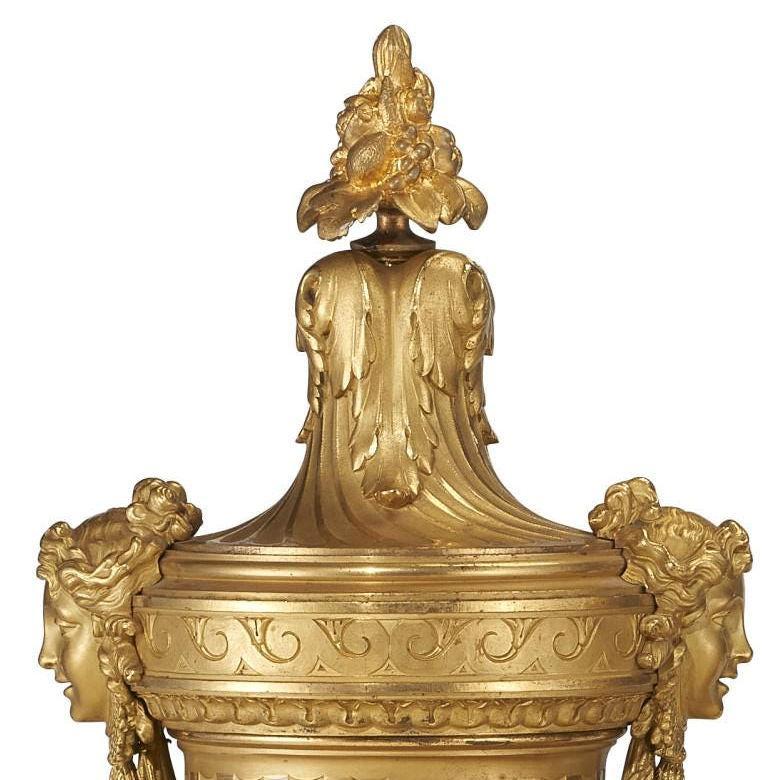 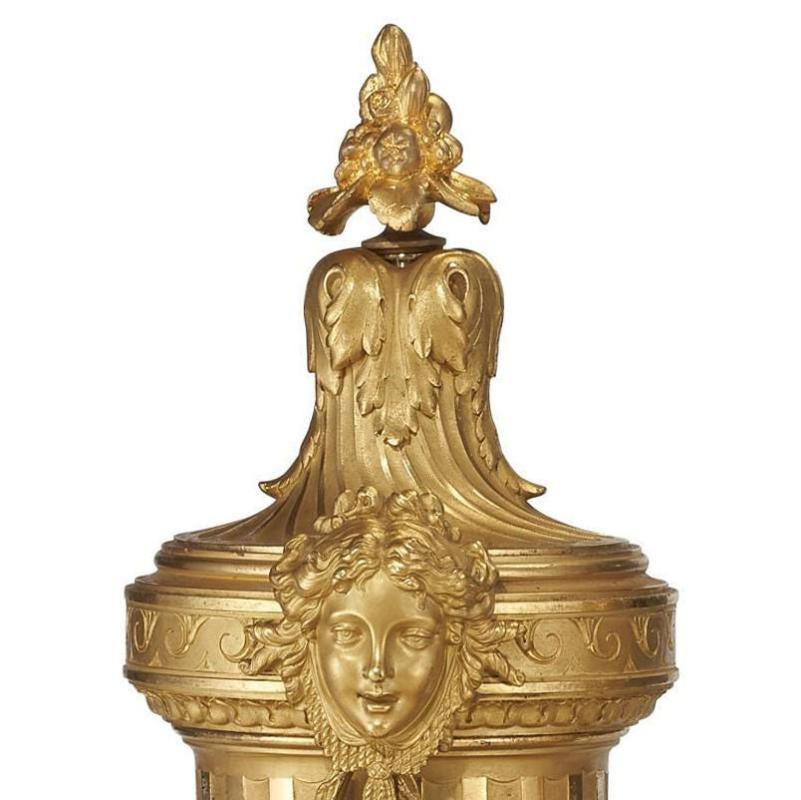 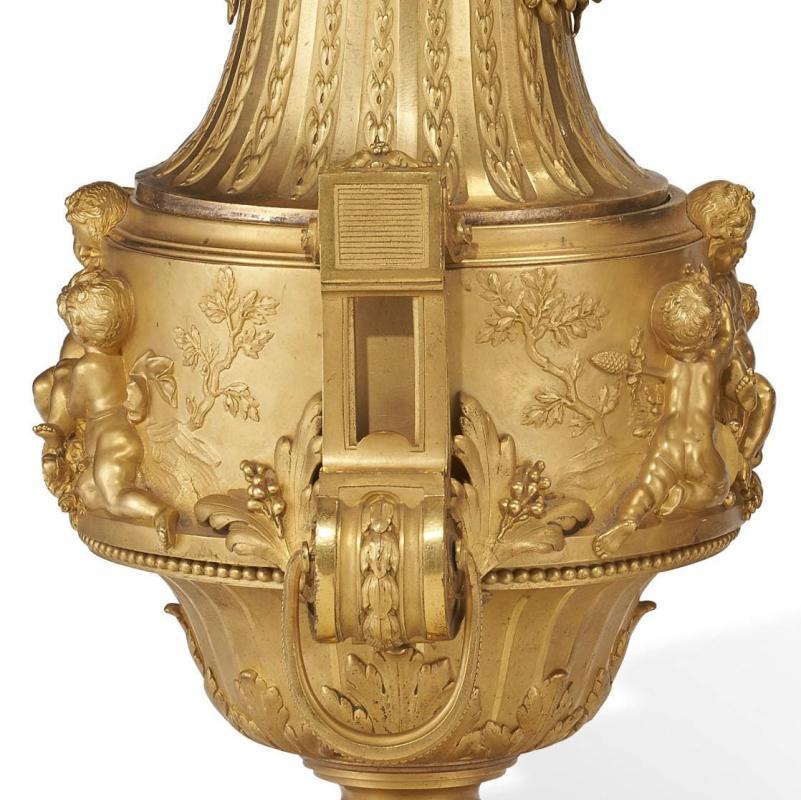 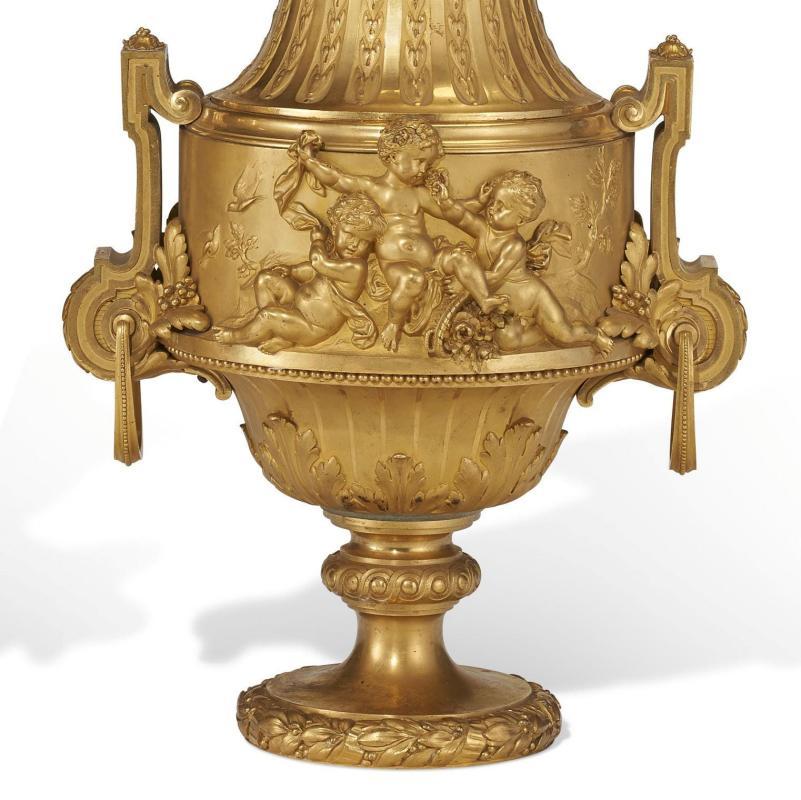 Our large pair of exceptional ormolu bronze urns, attributed to Maxime Secretant, circa 1890s, have spiral-gadrooned necks flanked by female masks and linked by suspended floral swags, with the body cast in high relief with putti in Bacchanalian settings on a waisted socle and foliate-cast foot.  Each stamped with the monogram 'MS' on undersides, and attributed to Maxime Secretant.  Each 33 in tall and 16 in wide (84 by 40.5 cm).  Each apparently drilled with screw-in finial at top to allow use as table lamps.

Maxime Secrétant established his workshop at 74, rue Amelot, Paris near the end of the nineteenth century.  He produced fine quality furniture in the 18th century style and for a period worked with his half-brother, Léon Duval, who had been an apprentice to Gervais Durand, the well known ébéniste.  He is believed to have sold his workshop at auction at L'Hôtel Drouot on November 26, 1935.