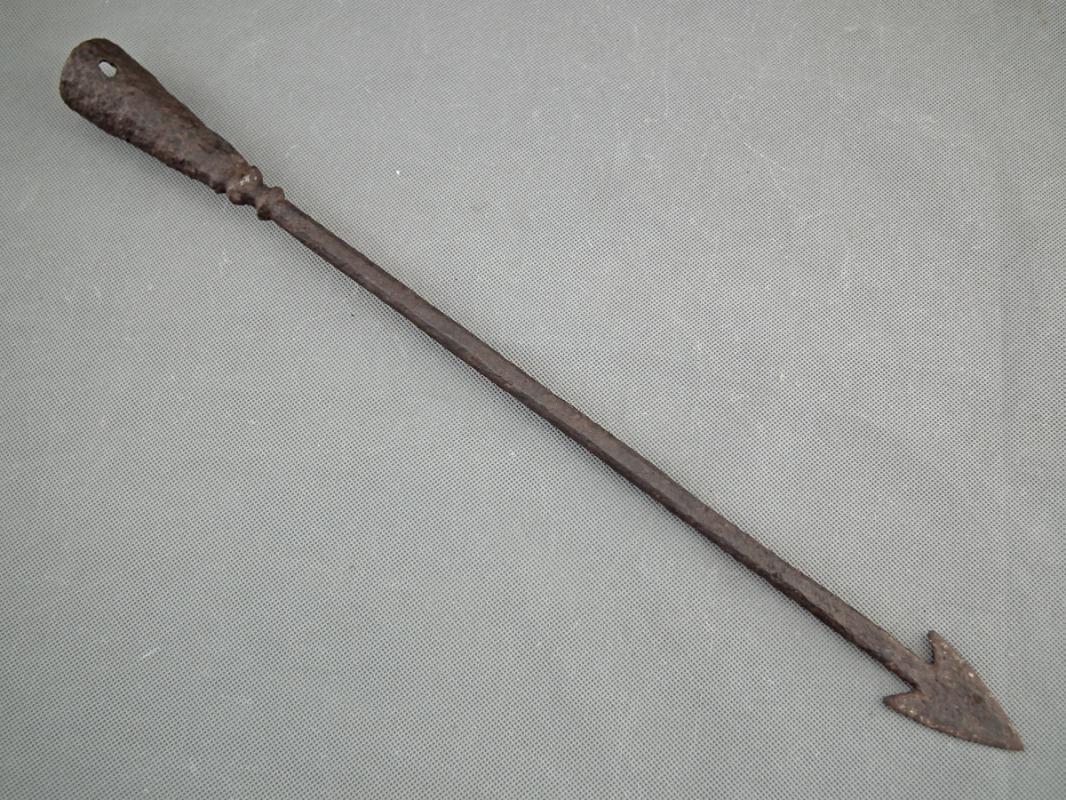 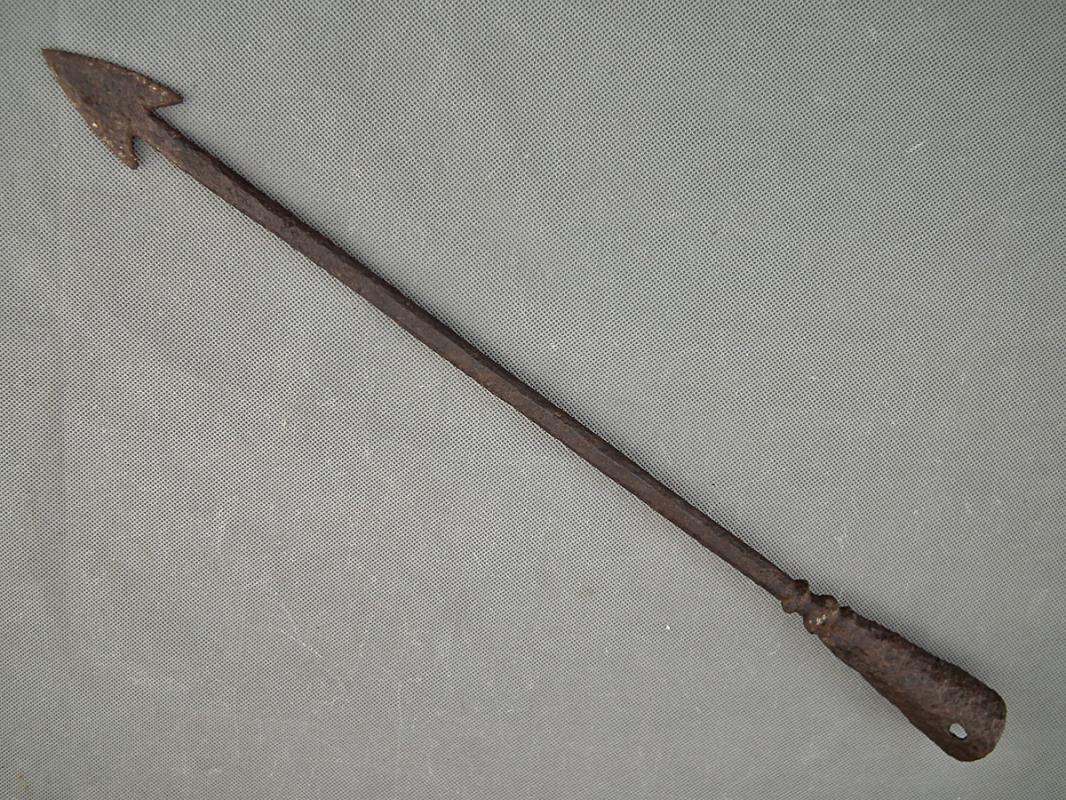 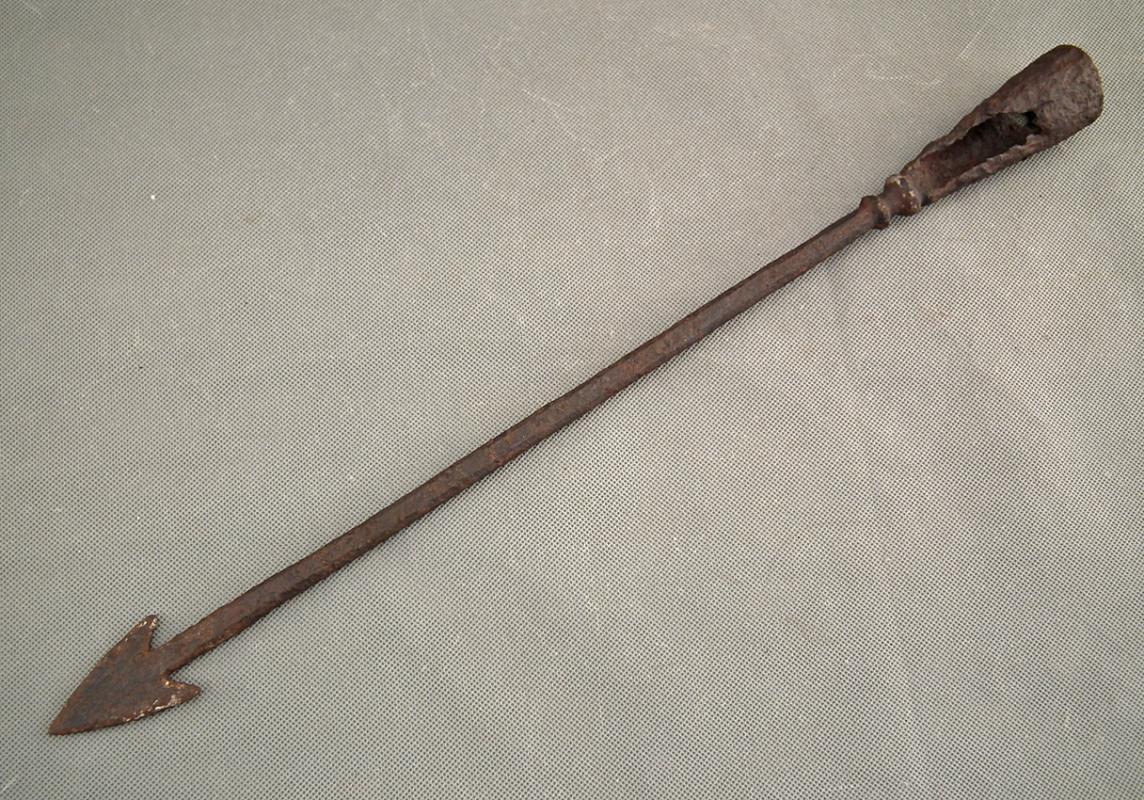 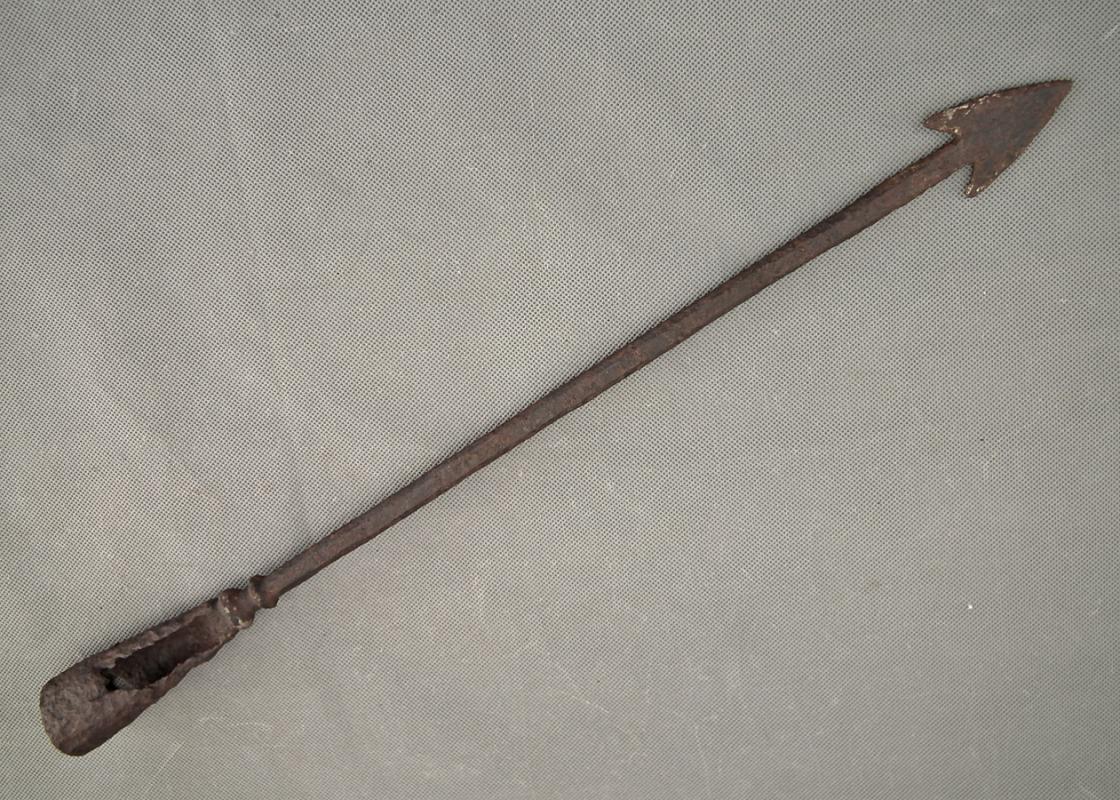 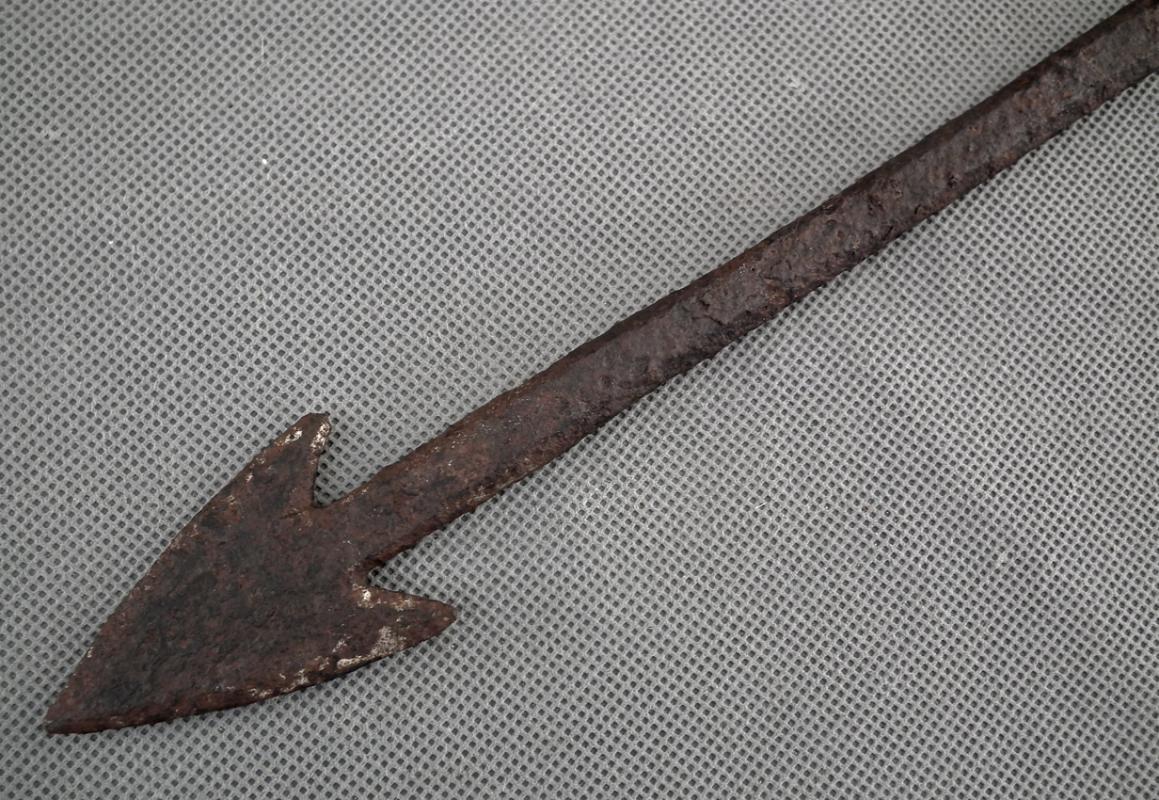 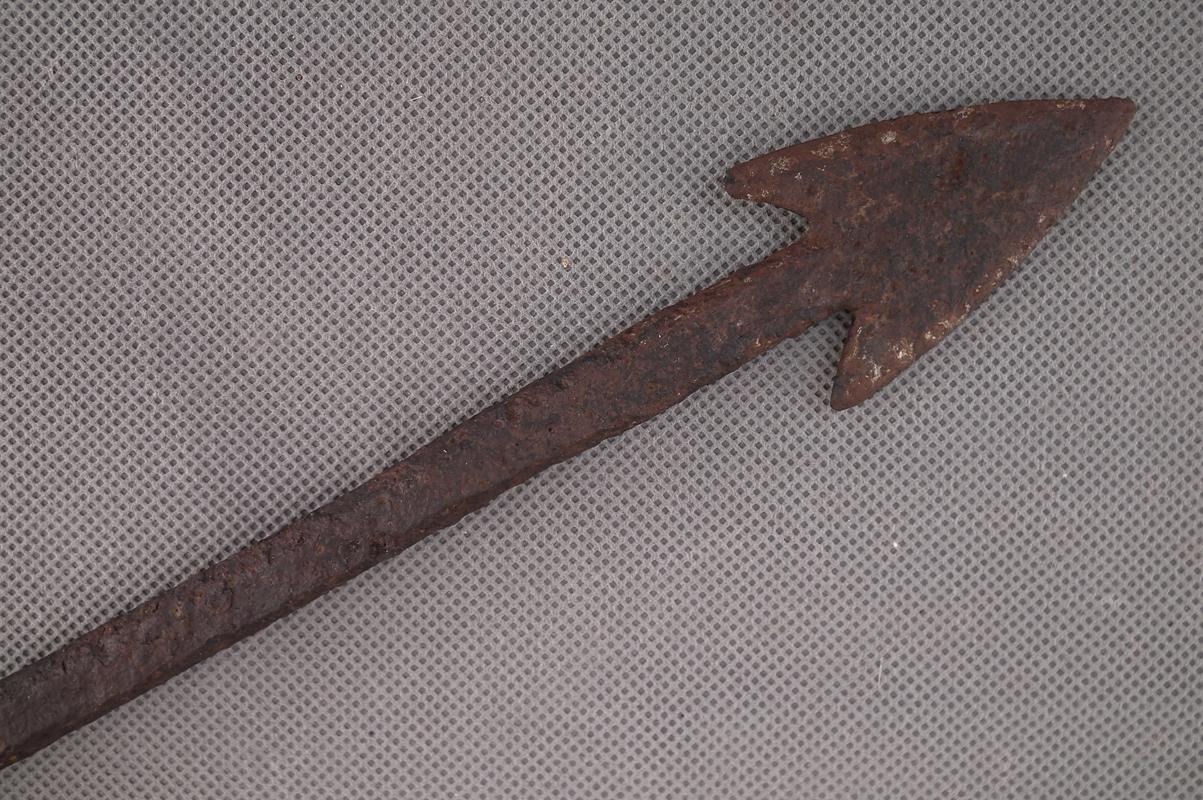 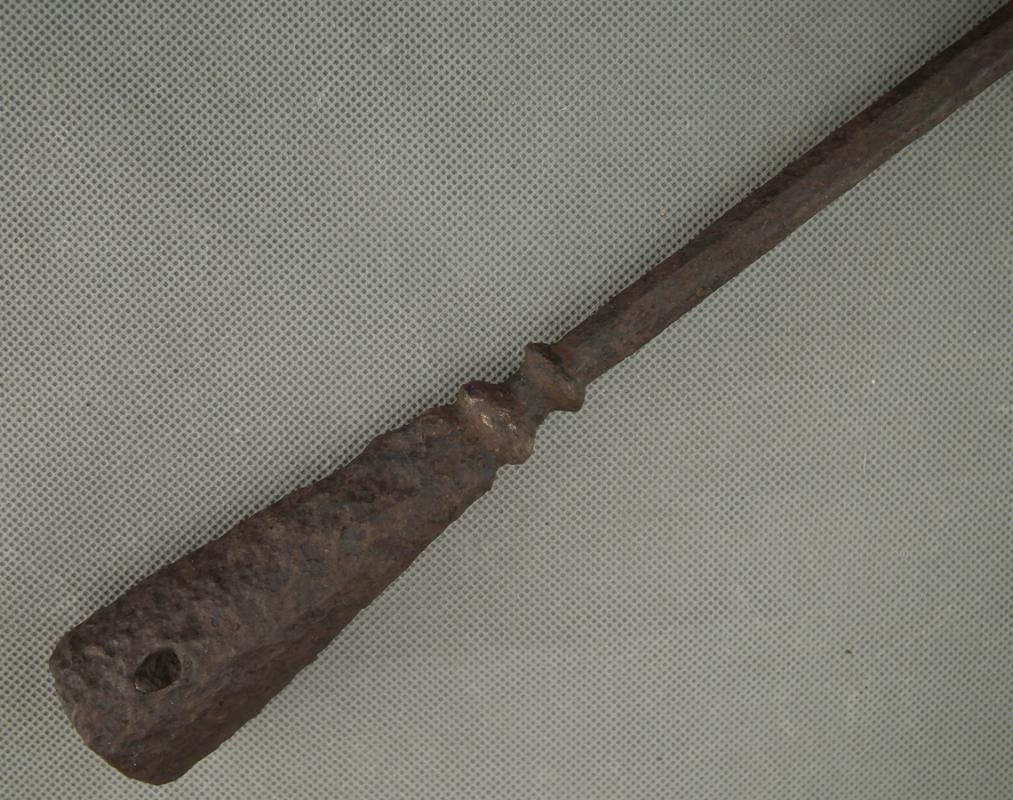 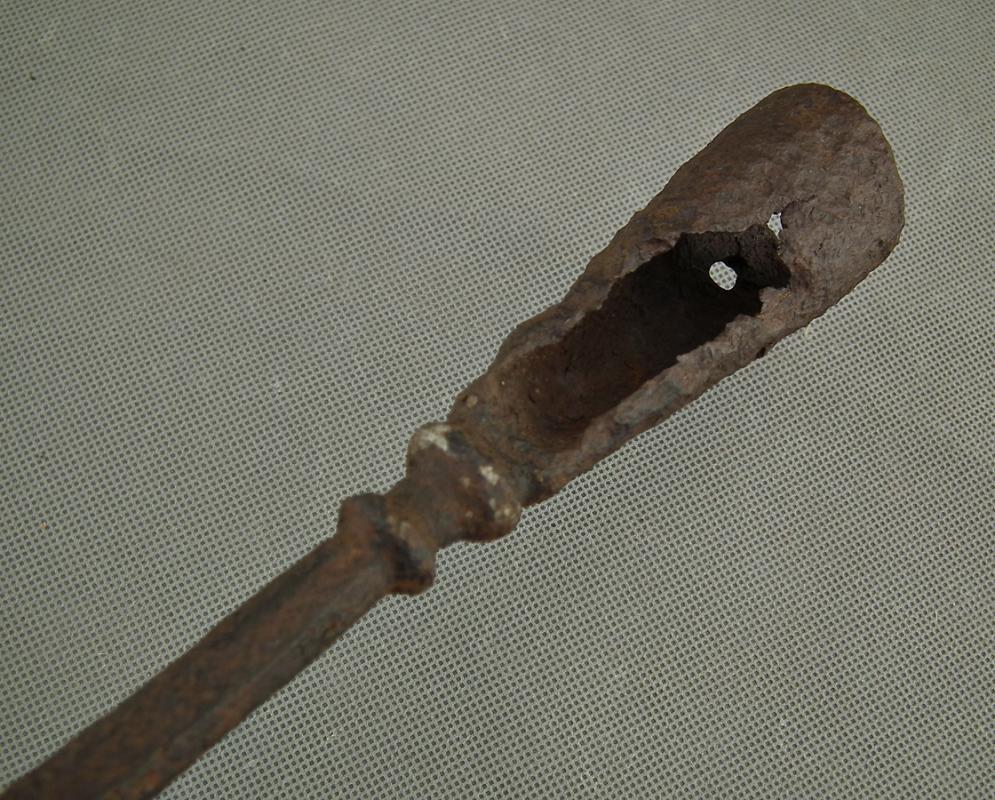 Extremely rare, ancient from the time of the Roman Empire (1st - 3rd Century A.D.) Roman legionary iron Pilum spearhead with its characteristic long shank and sharp piercing tip and a tapered tubular socket pierced with a pinhole where a wooden shaft would be attached.
The Pilum was used for both, throwing as a javelin and for thrusting as a spear.
The Roman Pilum javelin, the Pugio dagger, and the sword Gladius are the most famous weapons of the Roman legionnaires.
The Roman legionaries used Pilum from the time of the Late Republic (1st century B.C.) to the 3rd century A.D. (Roman Empire Period).
At that time, Pilums were manufactured with a socket or flat tang (for a wooden shaft), with various point shapes, but always with a characteristic long shank that distinguished the Pilum from other spears.

CONDITION: In excavated condition. Corroded but stable and very solid.