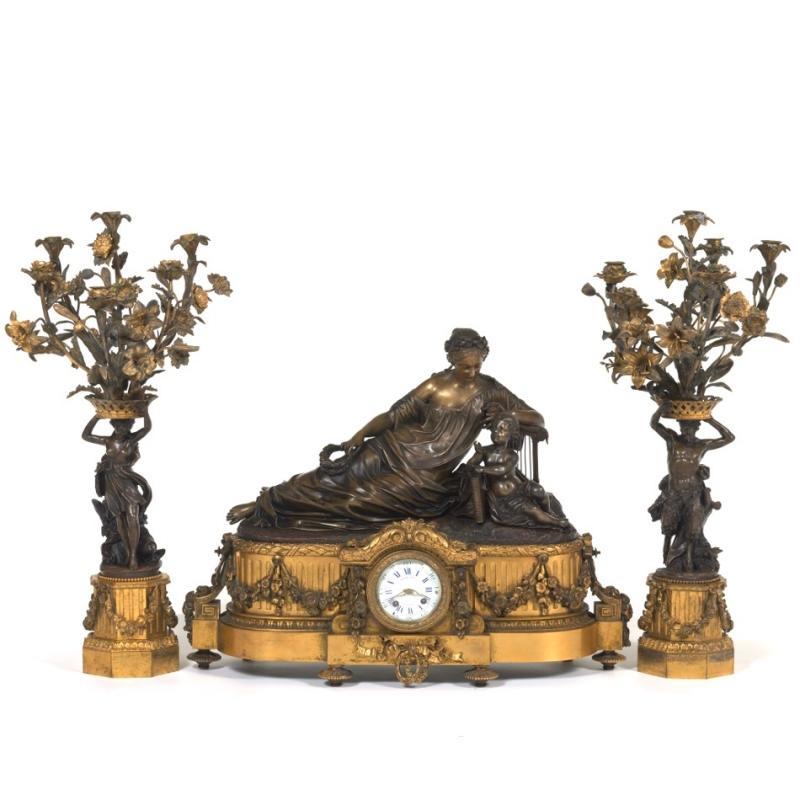 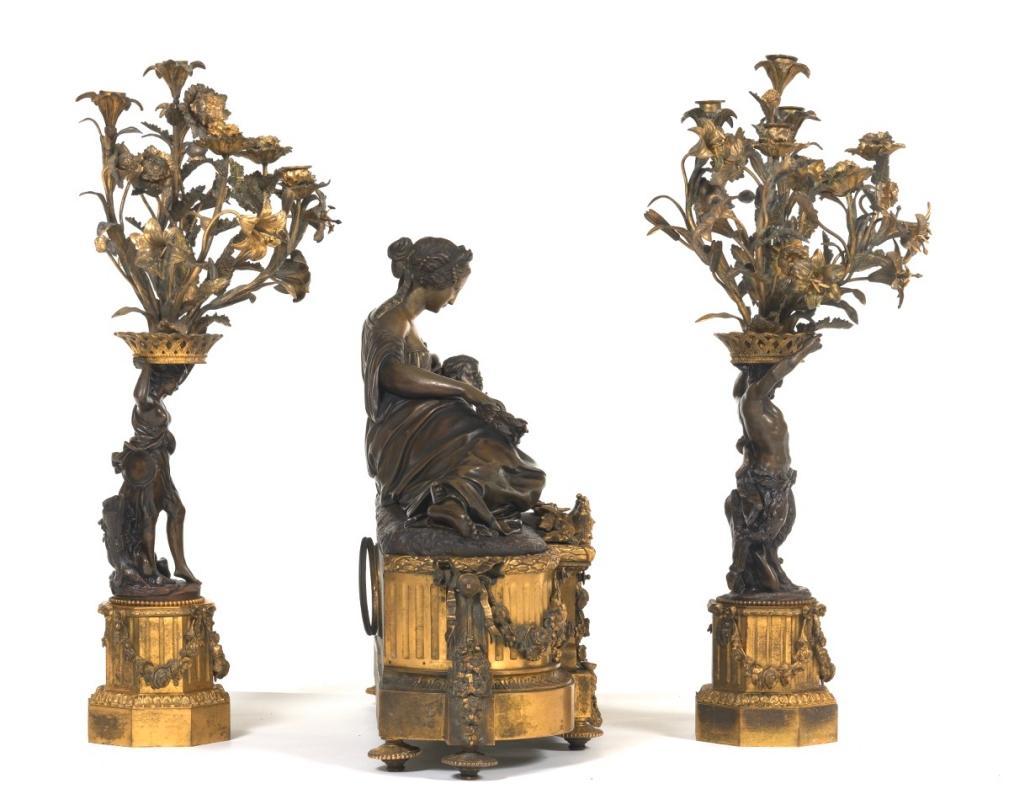 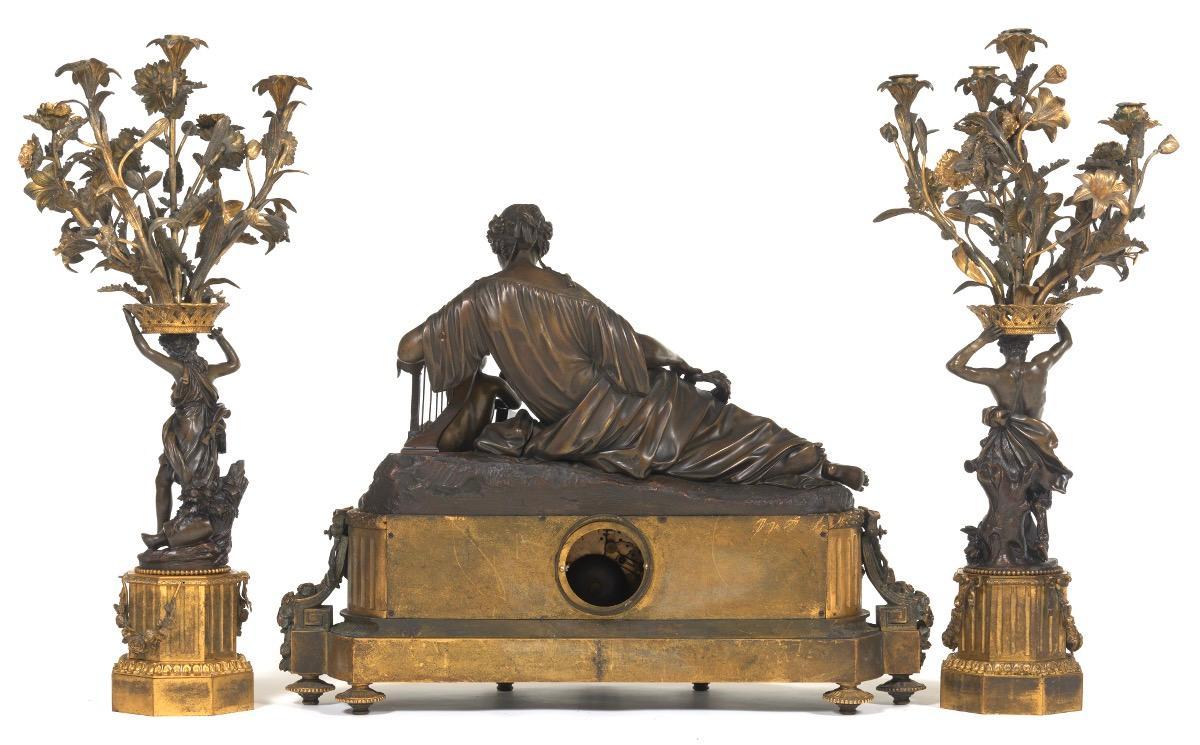 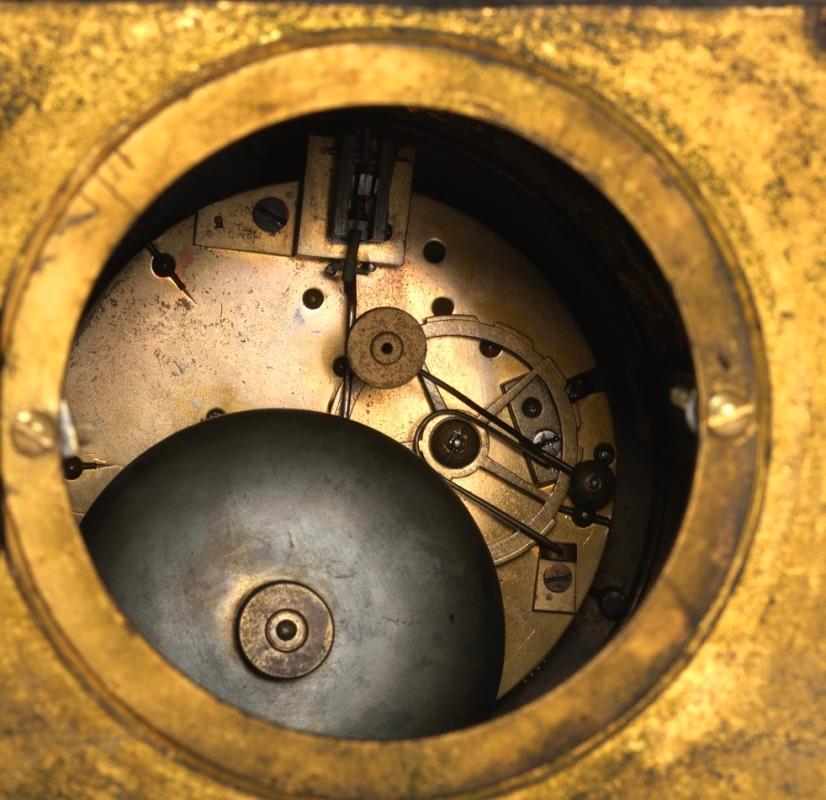 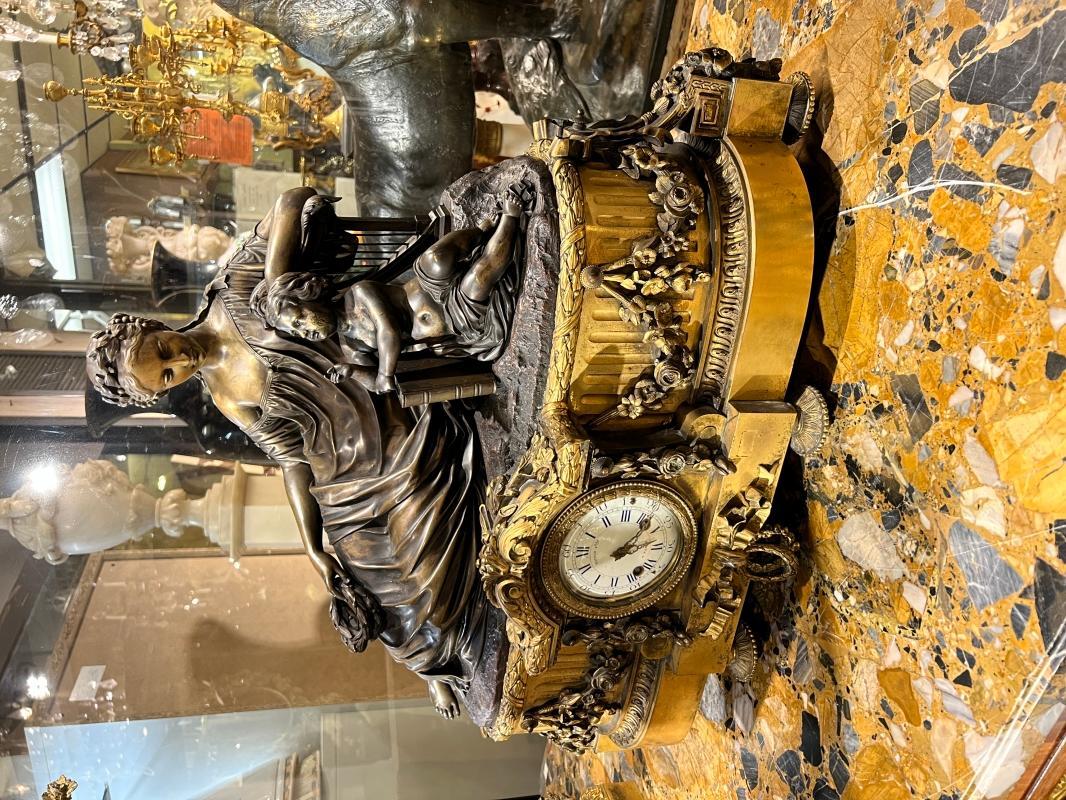 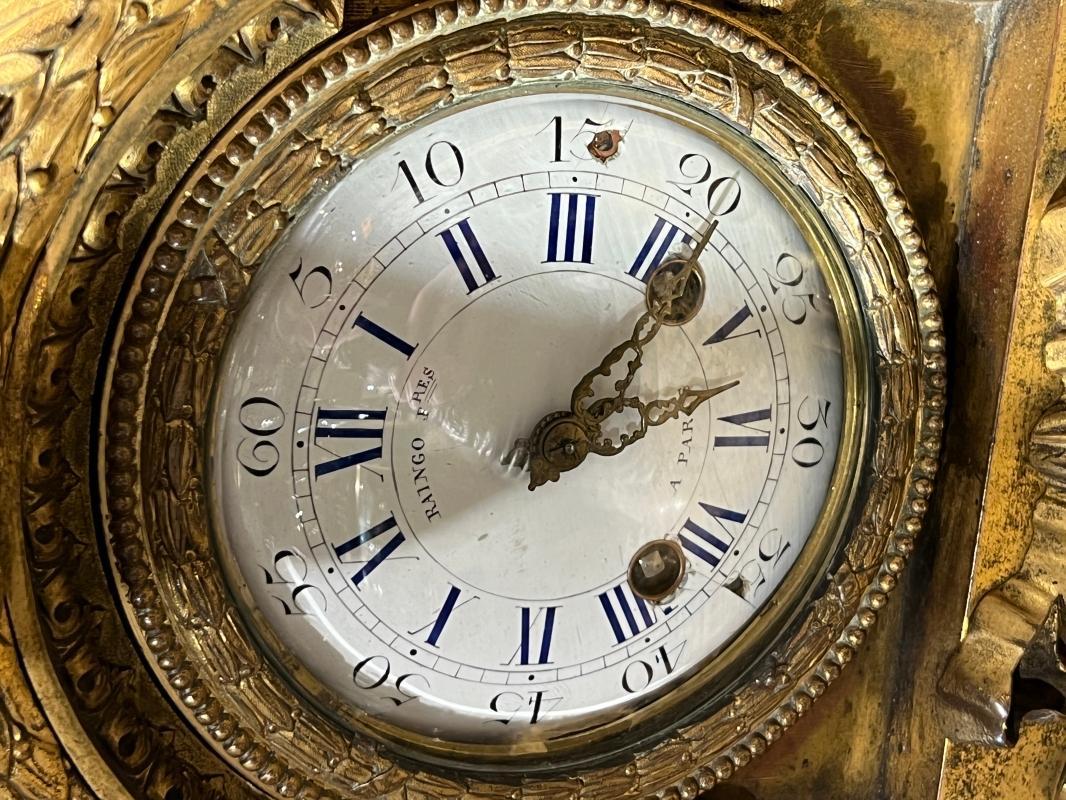 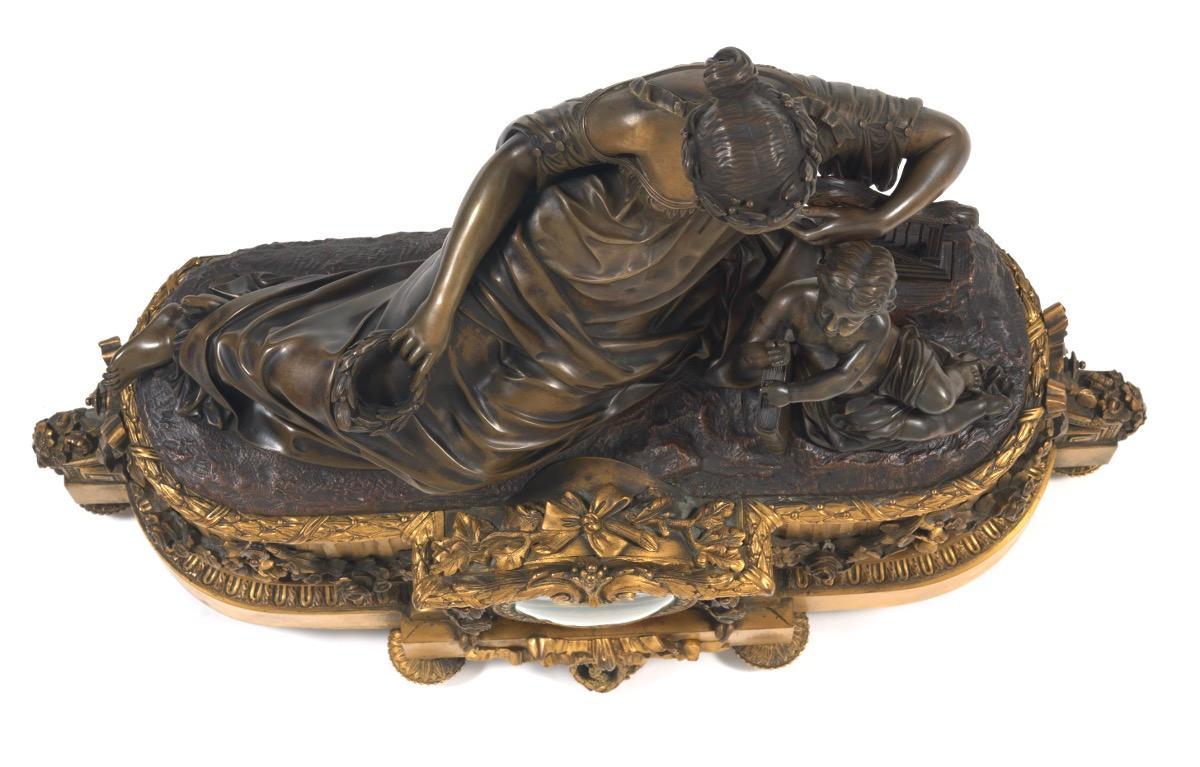 Our garniture including mantel clock and matching candelabra come from Raingo Freres of Paris.

The figures on the clock represent Apollo and Titanide Leto, the mother of Apollo, no doubt inspired by the sculpture by William Henry Reinhart. Leto is depicted in a pensive moment while interacting with the child God, Apollo.  Included are a lyre and laurel wreath, they symbols commonly associated with Apollo, plus a tome (anachronic) under the child's arms which may be an attempt to represent poetry and knowledge in the healing arts, attributes of the god.

The candelabra depict clusters of lilies.  As with all quality French bronzes, the stamens are present, to bring as much realism to a sculpture as possible. The lily, possessing a multitude of meanings; in this case they represent devotion and purity, 1ualities the ancients associated with motherhood.  Intertwined with the lilies are carnations which are used as a foundation for the candle cups, as well as several tops of the lilies.  A first glance, the candle tops blend into the array. As expected, carnations continue the theme, which can be a symbol of motherly love.  Beneath the florals stands a sculpted figure. One is Pan, God of the wilds and flocks of sheep, who in the tales from mythology state Pan as the son of Apollo, and alternatively, Pan being the mentor to Apollo. The other figure appears to be a representation of Daphne, one of Apollo"s love interests, who was transformed into a laurel bush after imploring the God's to save her virtue, once in Apollo's grasp.