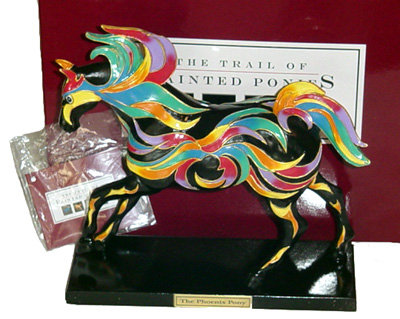 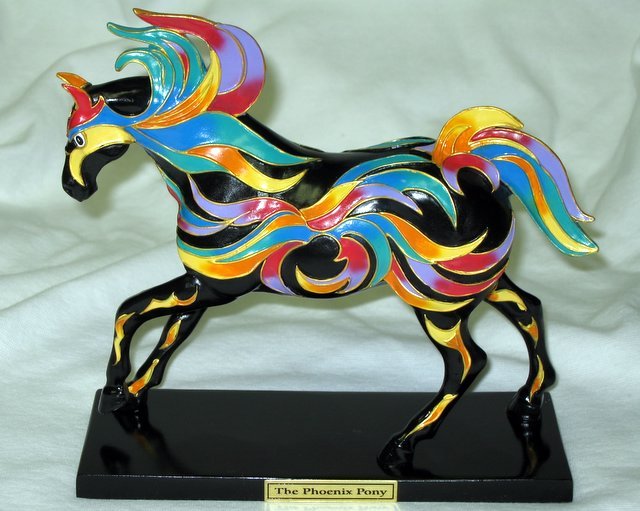 Westland Giftware ~~ The Trail of the Painted Ponies "The Phoenix Pony" Stunning ceramic figurine Approximate dimensions are 6" high by 7 1/2" long. LOW NUMBER 1st Edition ~~ 1E2,907. Highly collectible exclusively commissioned first edition ~~ By Artist Wendy Wells-Bailey ~~~ Only available in Phoenix, Arizona. The Phoenix Pony story tag reads: The Ancient Ones called these deserts home. Then, around 1400 A.D., for unknown reasons, they mysteriously disappeared. Hundreds of years later, a new town would arise from the ruins that would be appropriately named Phoenix after the fabulous mythical bird of brilliant scarlet and gold plumage that was said to have perished in the flames, only to rise from the ashes. Created by Arizona artist, Wendy Wells-Bailey, The Phoenix Pony stands as a tribute to a timeless myth and the beautiful city that shares its name, and the human capacity for renewal and rebirth. Artist: Wendy Wells-Bailey