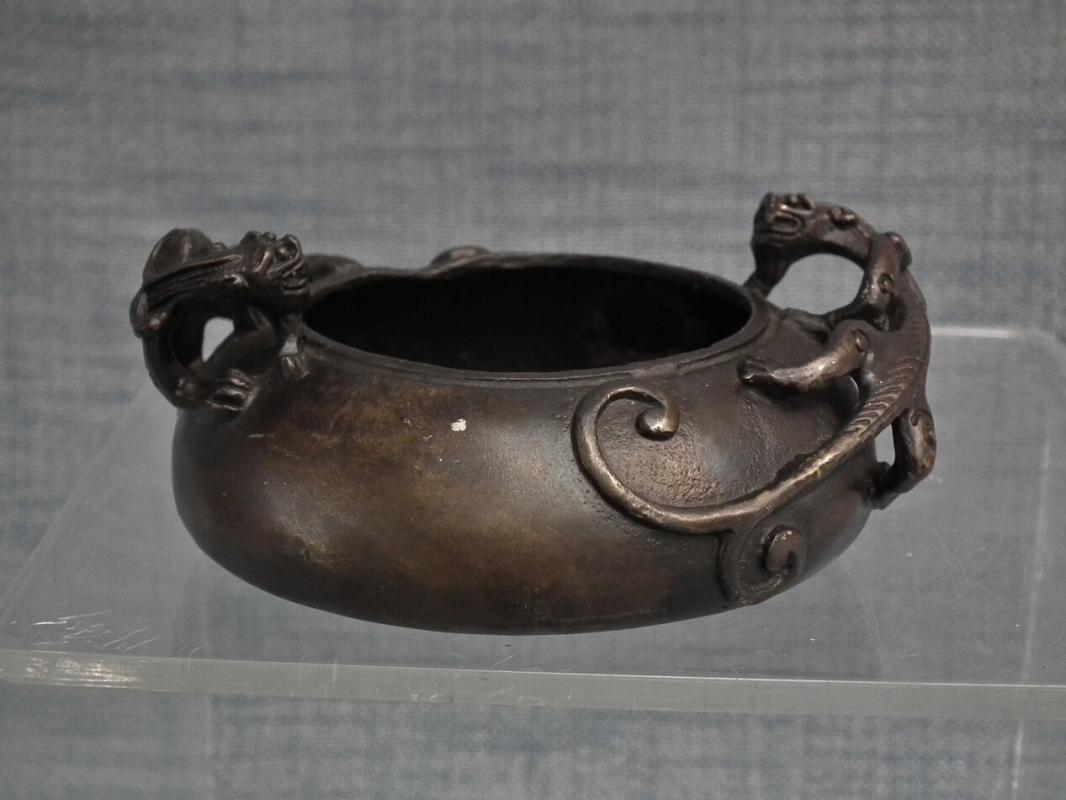 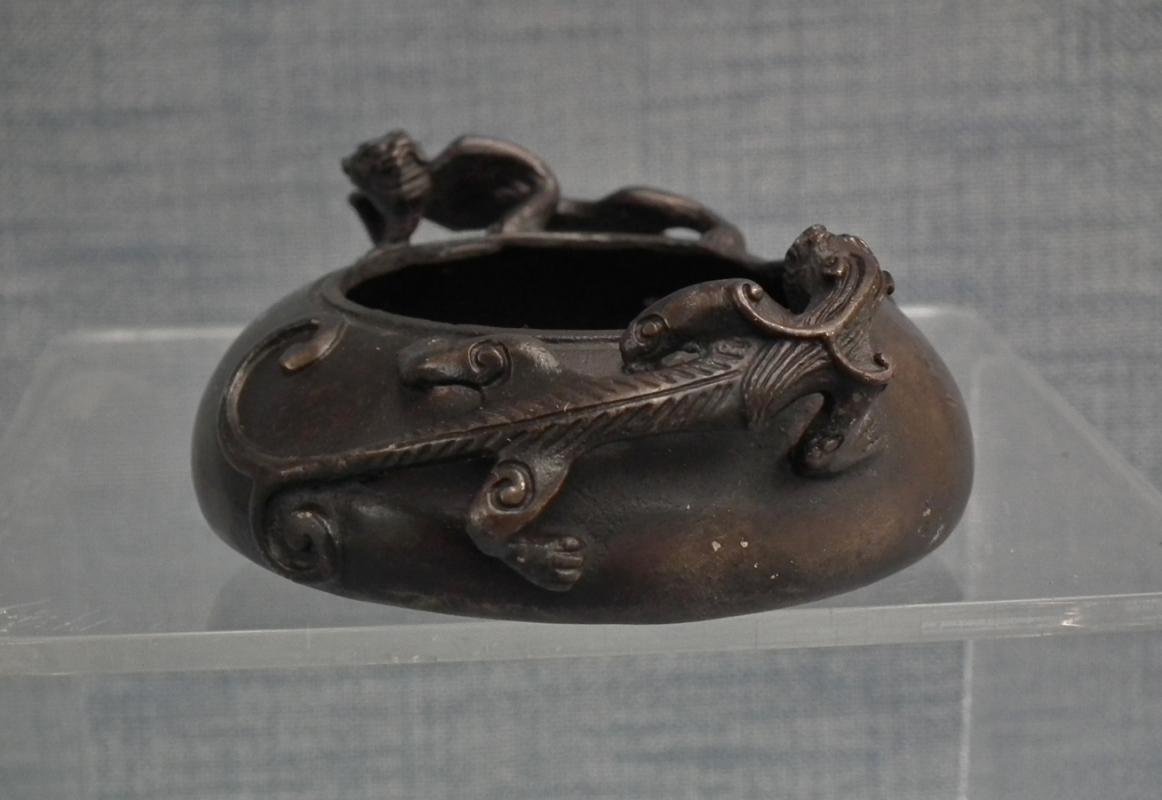 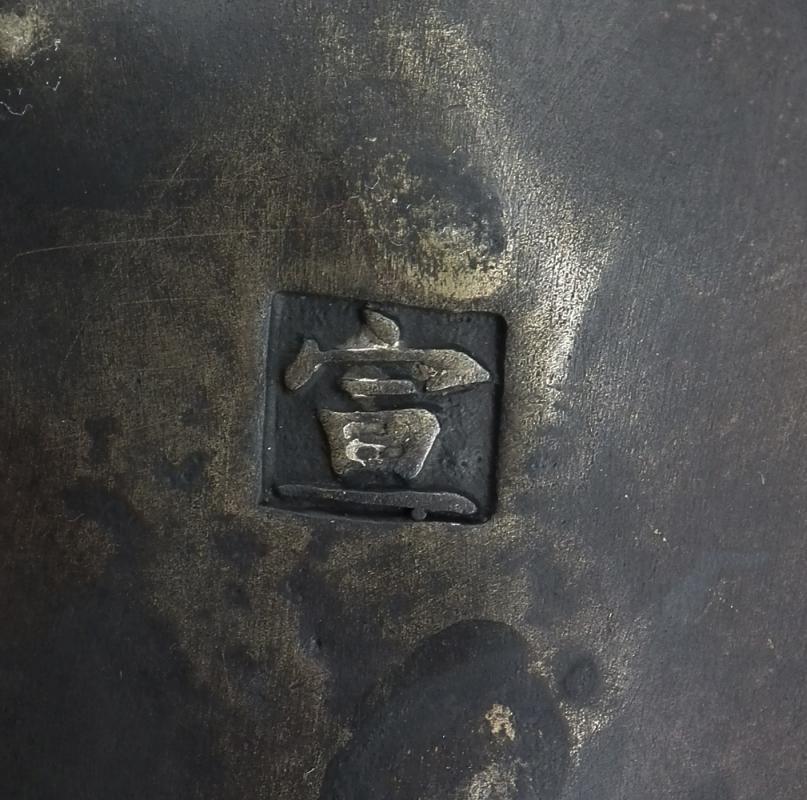 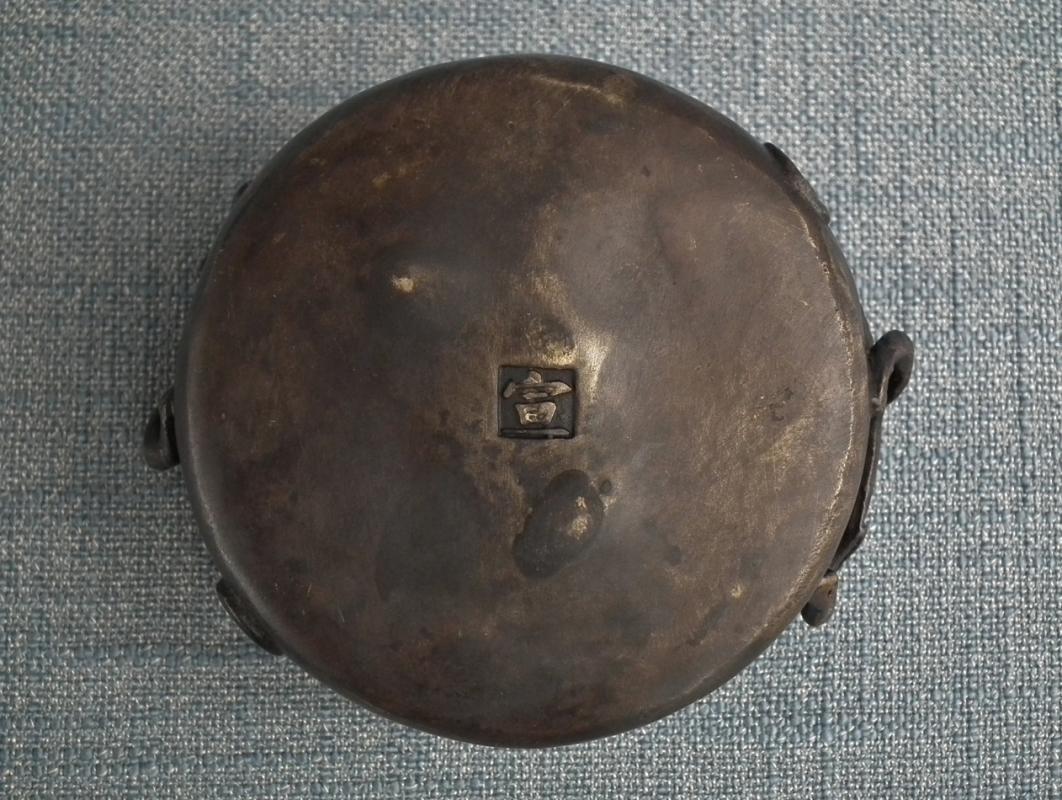 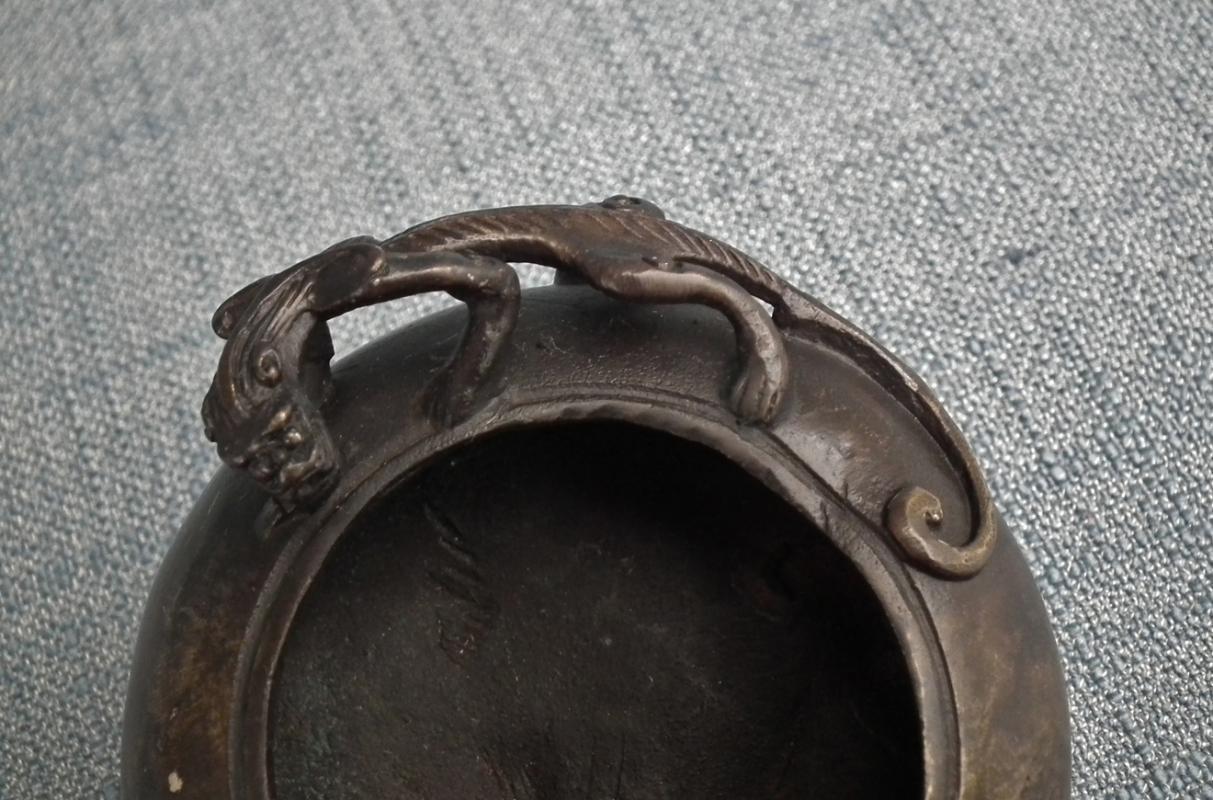 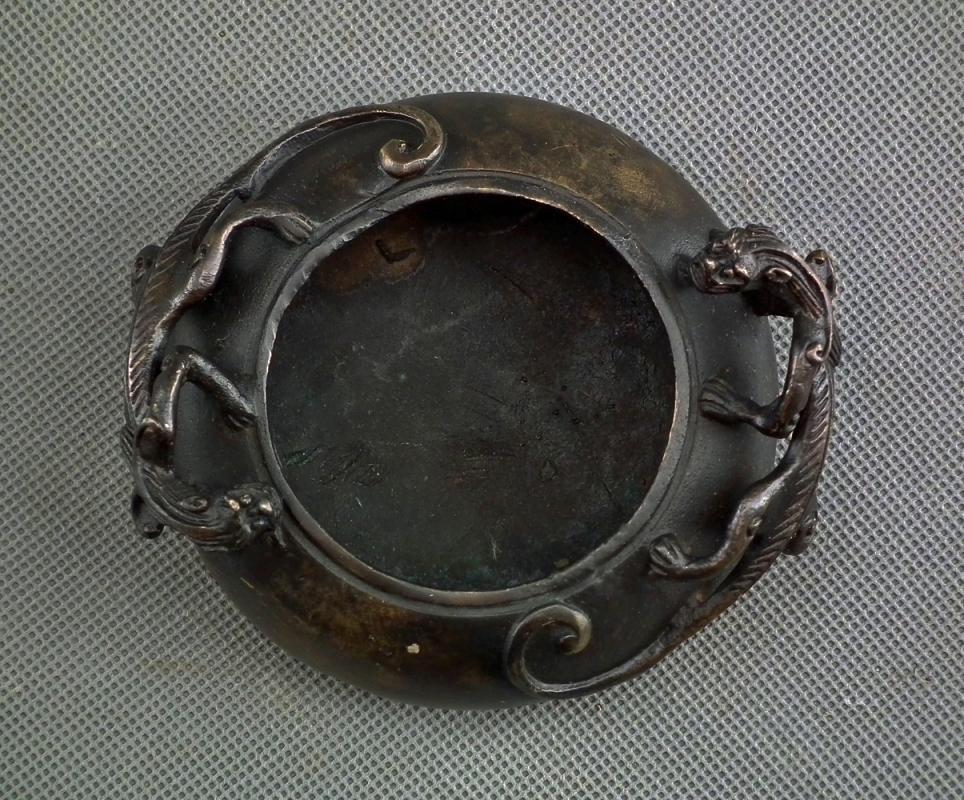 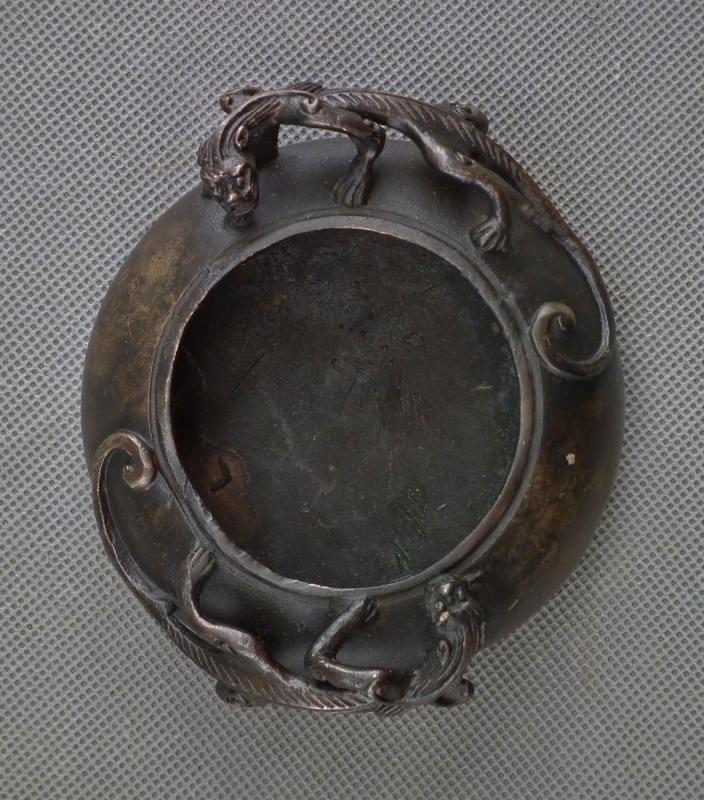 Cast in full relief with a pair of chilong dragons clambering along the side with their front claws grasping the rim and long bifurcated curled tails.

The recessed base is cast and chiseled with the Chinese character "Xuan" within a square.

Chinese bronzes marked "Xuan" continued to be made until the late Qing dynasty and recently are produced in large numbers in China as reproductions of ancient Chinese bronzes (many of them are marked with Ming dynasty reign marks).

It is difficult to determine the actual date when this bronze was made; however, after careful examination of the entire brush washer through a strong magnifying glass (the method of casting, the close inspection of the mark "Xuan," dents, bangs, and scratches on the surface, patina and the examination of the interior) there is no doubt that this is an authentic antique over 100 years old object.

CONDITION: It shows age and uses, dark patina, dents, bangs, and scratches on the entire surface.