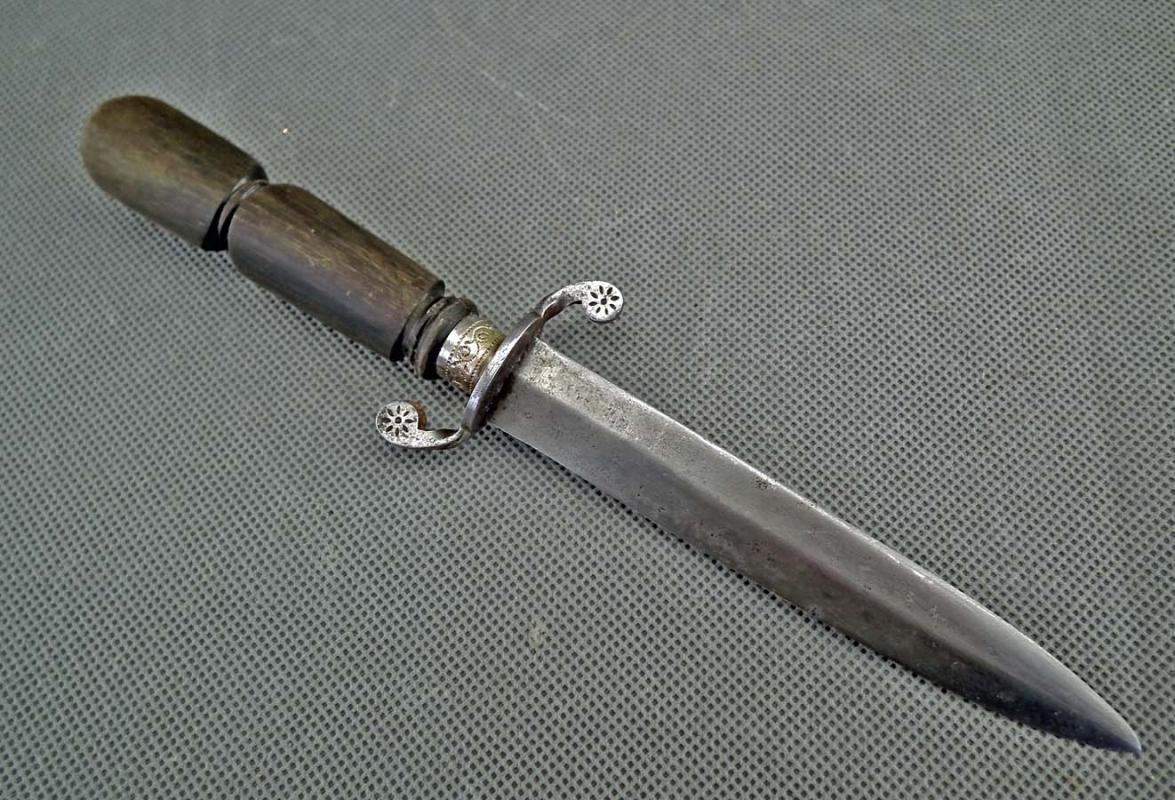 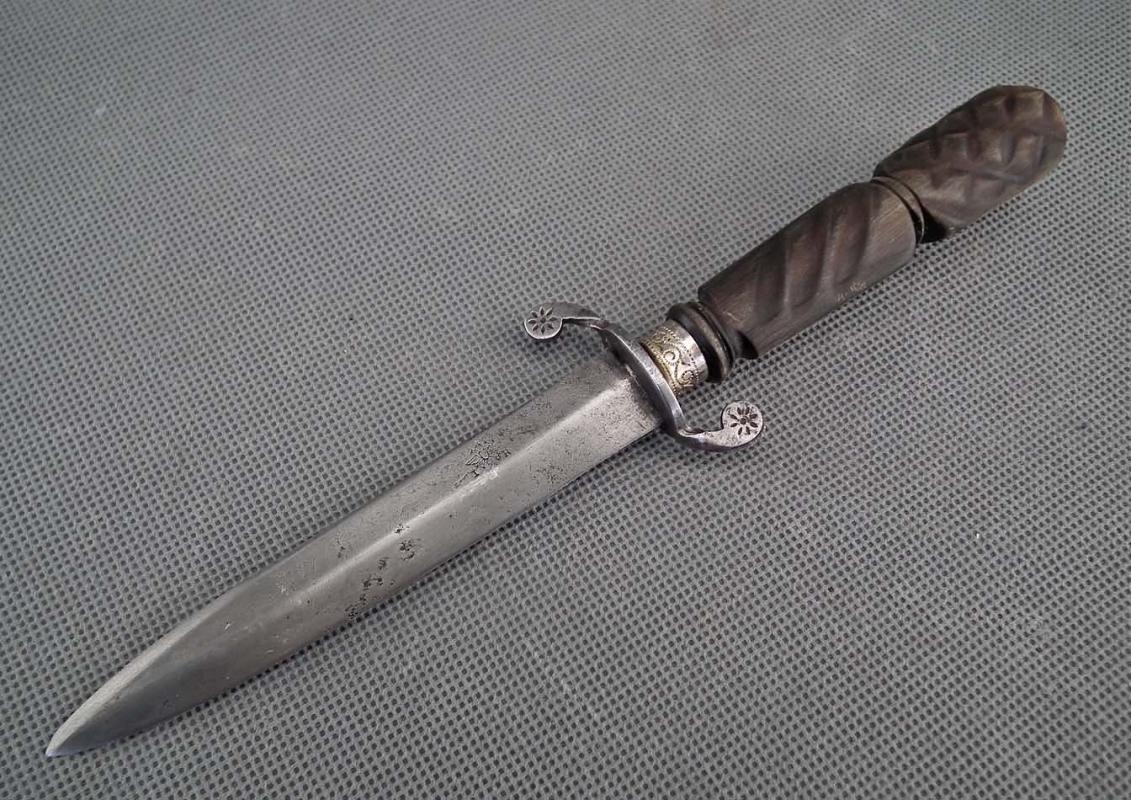 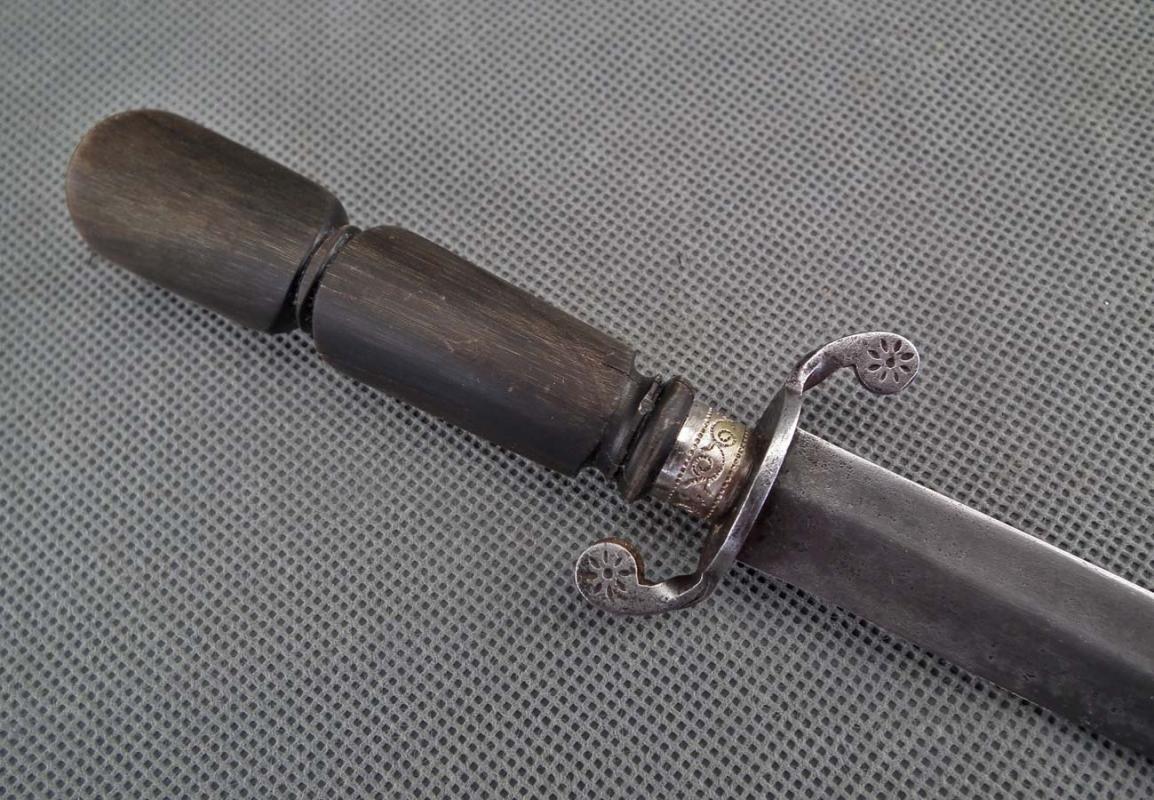 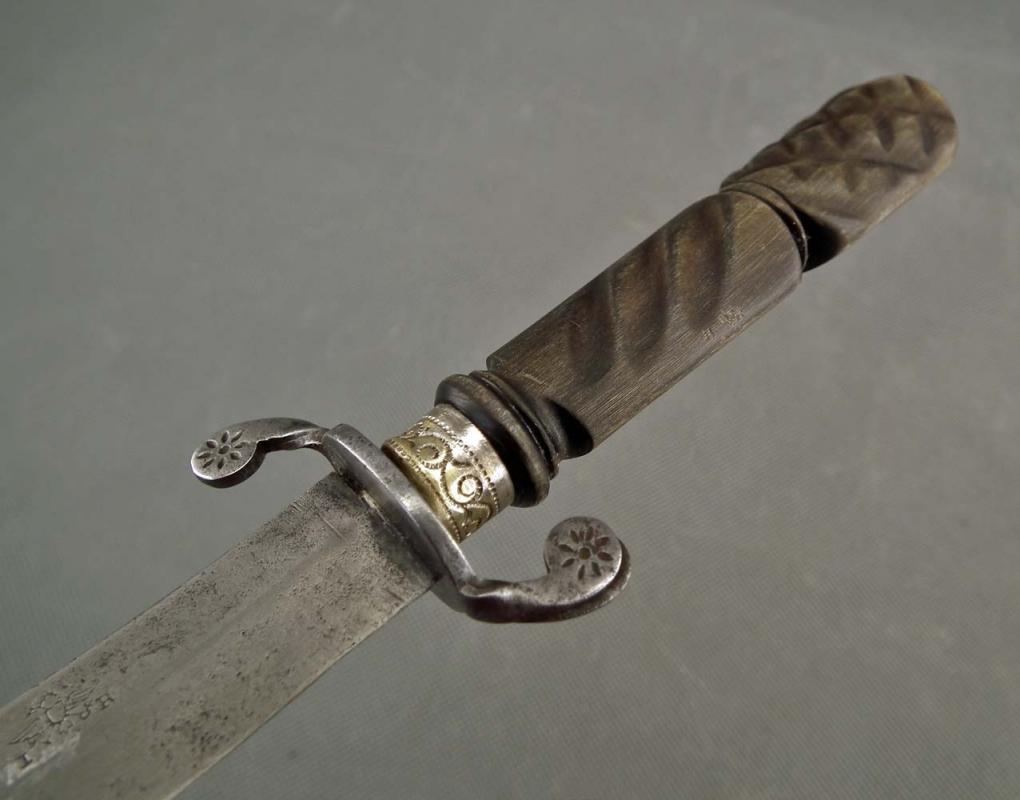 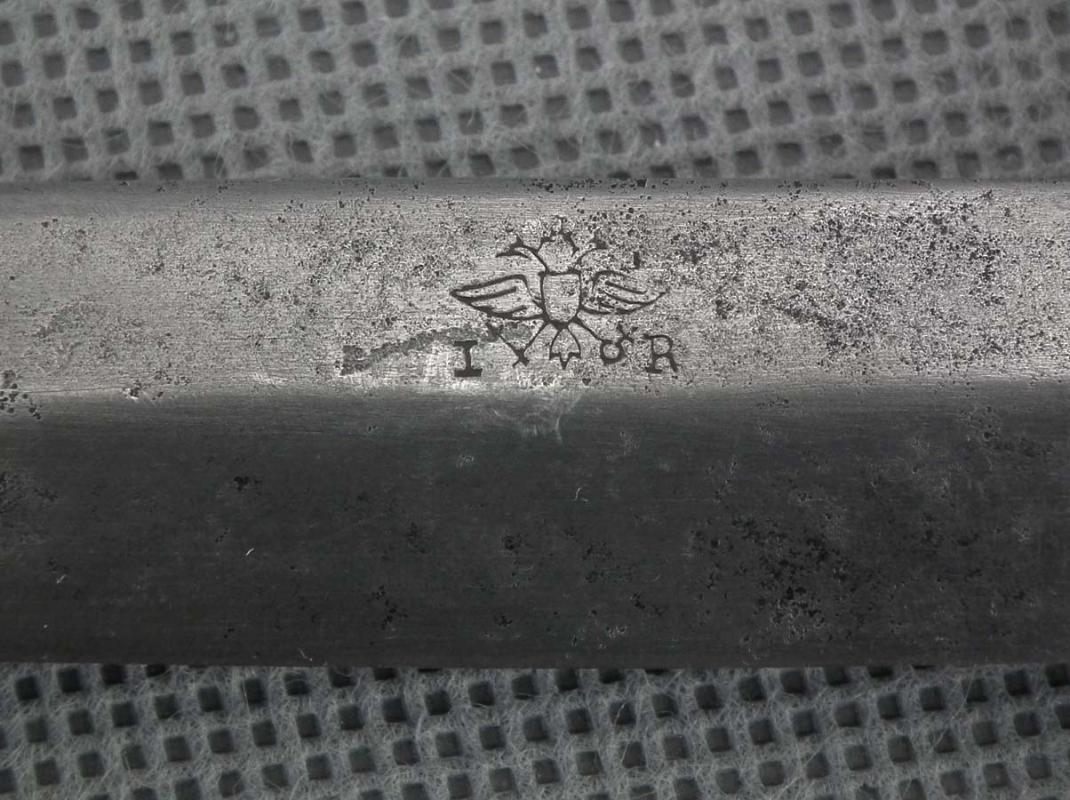 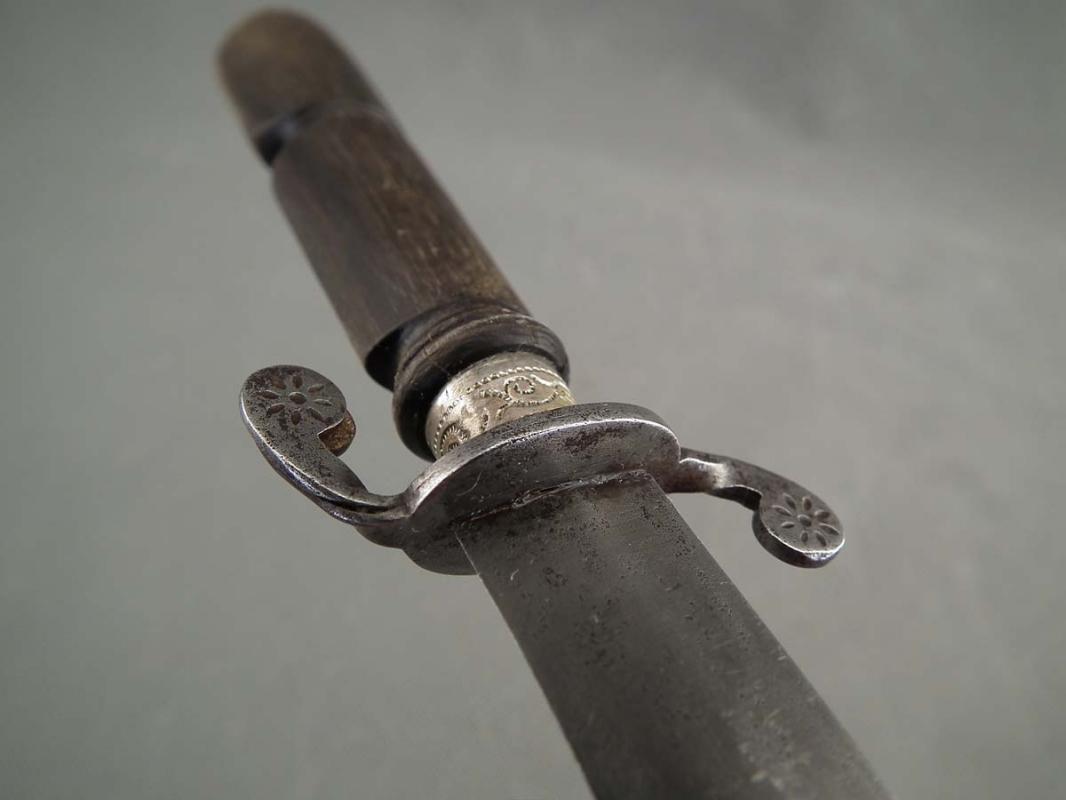 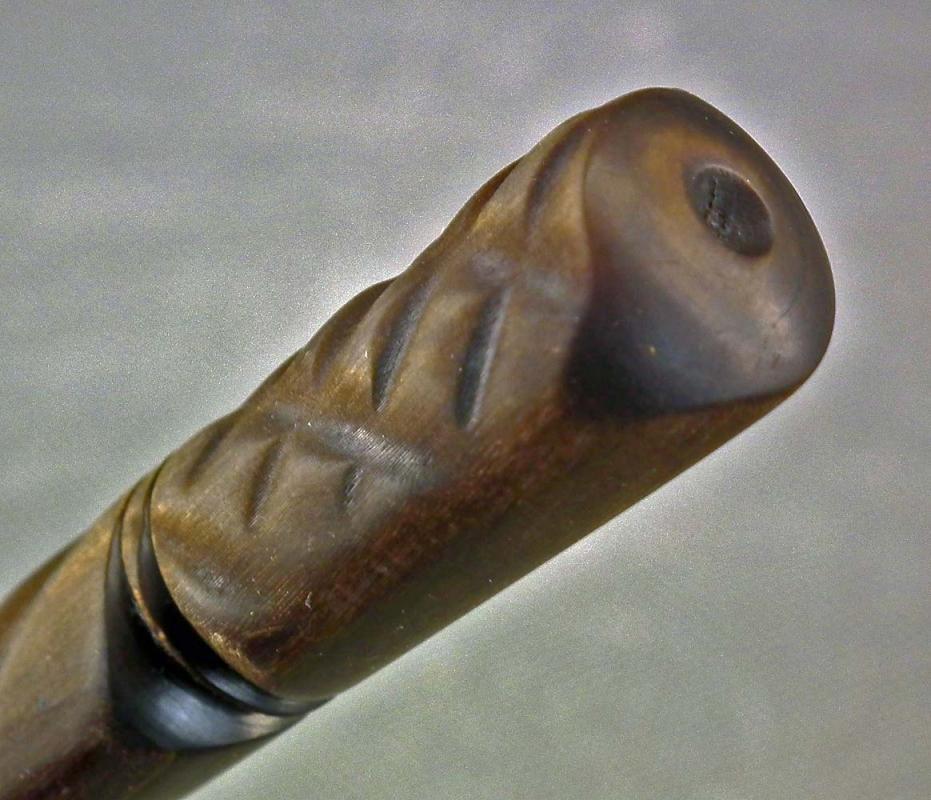 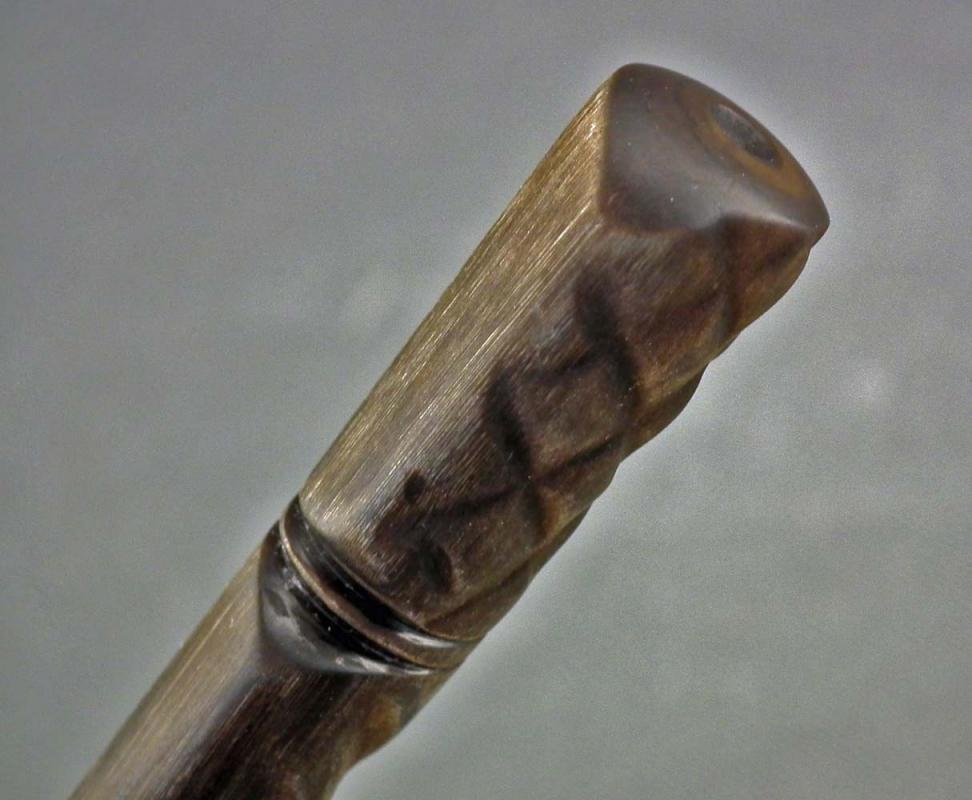 Antique, 19th-century Russian dagger -stiletto with a sturdy, tapered, single edge, steel blade, marked on the ricasso with a crowned two-headed Russian eagle, with a shield on the chest and holding in its talons an orb and a scepter.
The hilt consists of an S-shaped steel cross-guard with flattened, twisted terminals, a shaped grip with an unusual structure of hair-like filaments, possibly a rhinohorn, and mounted at the base by a gilt silver ferrule adorned with a gilt punched scrolling pattern.

Russian Eagle are published in the following references.
1." Russian

mentioned reference together with a certificate of authenticity.

We used strong light to show the horn's hair-like structure during shooting, so the horn in the last two pictures is actually darker.

CONDITION: shows age and use. The steel blade has some light pitting and is slightly bent.