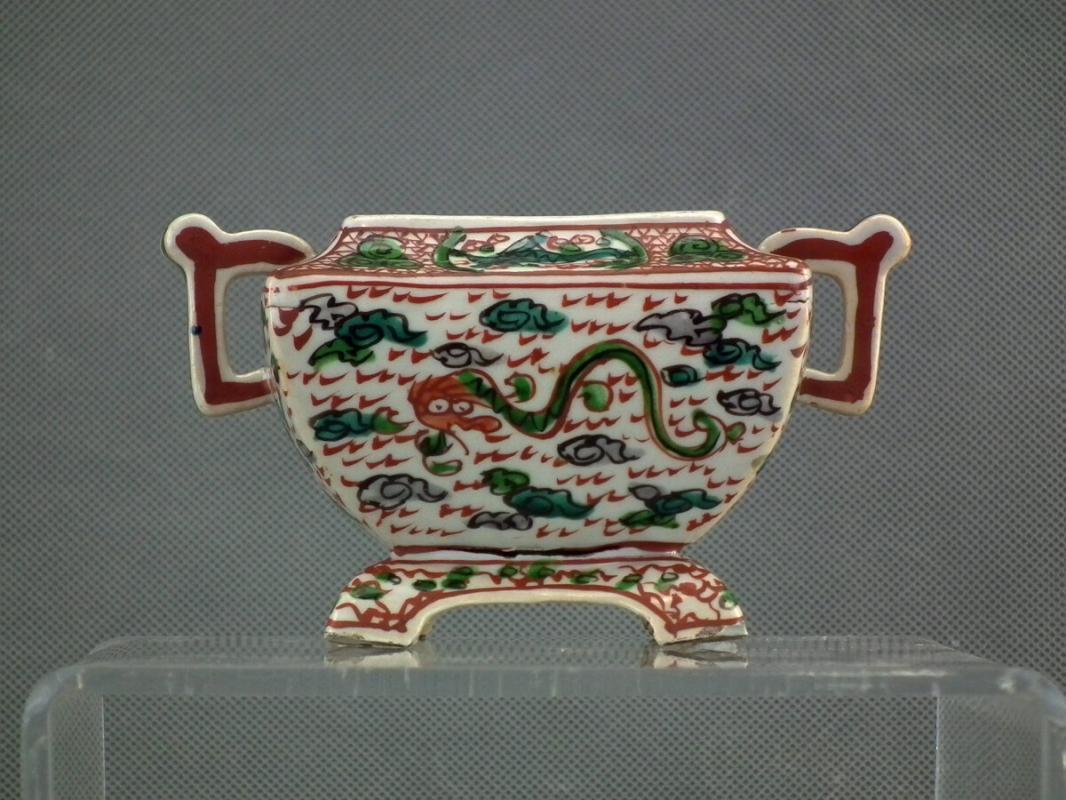 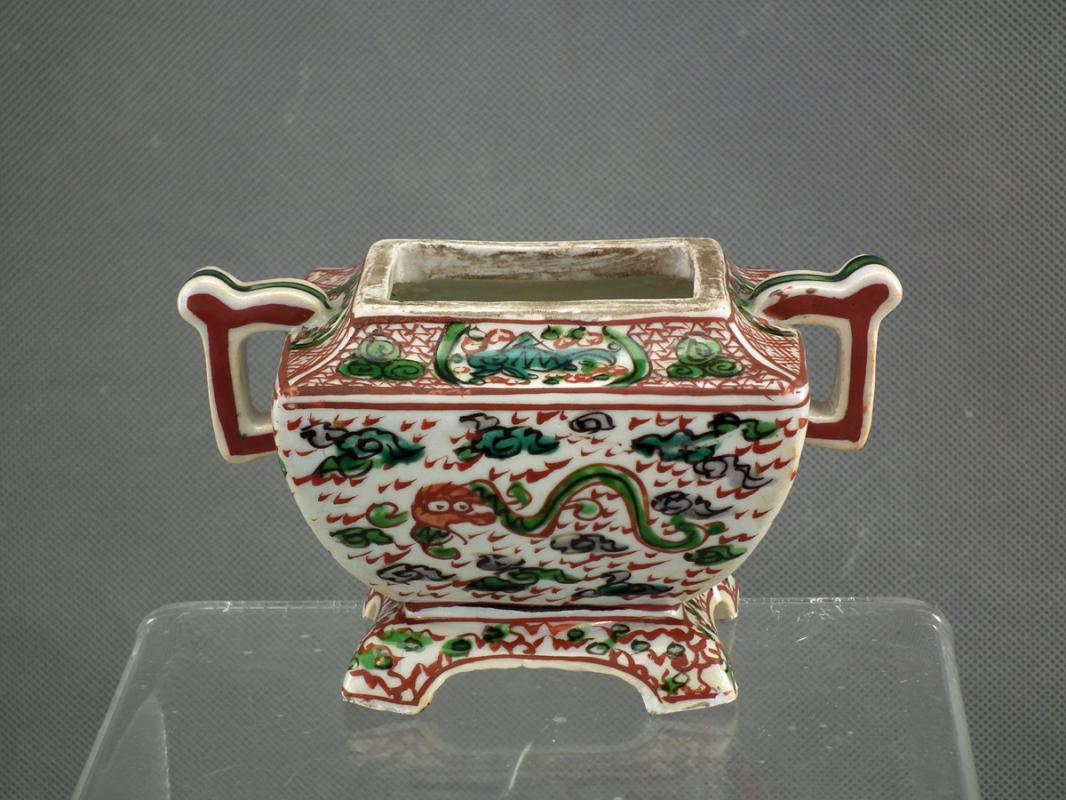 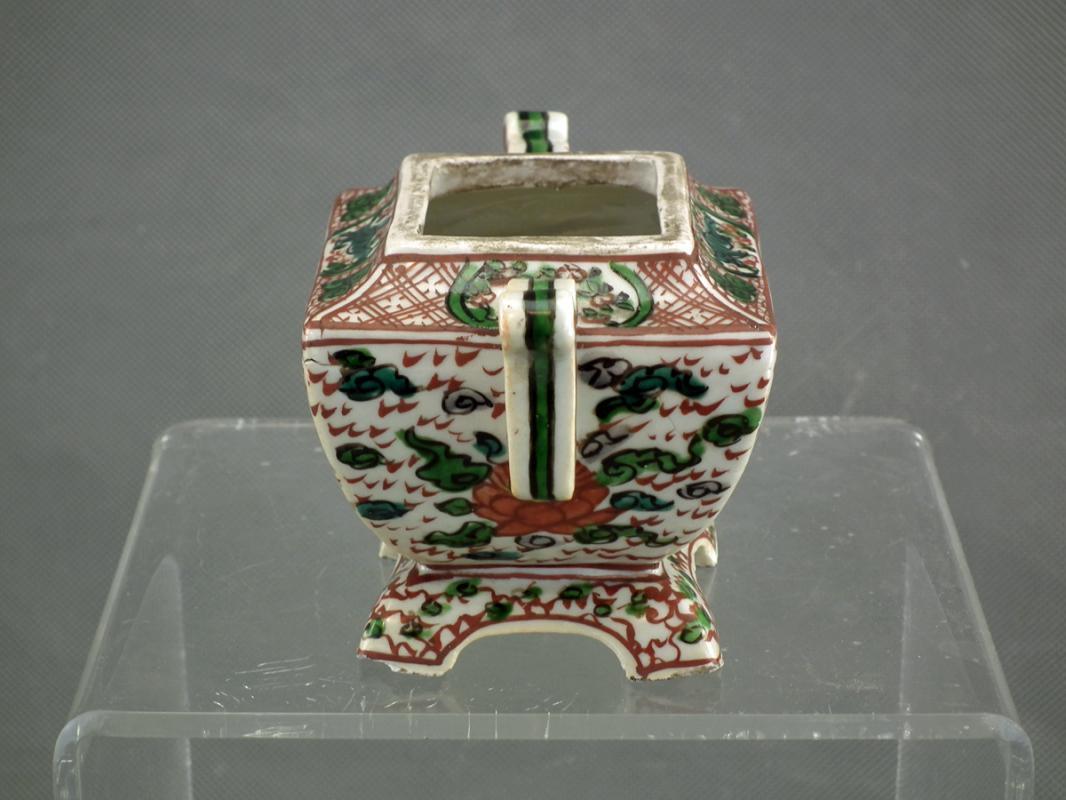 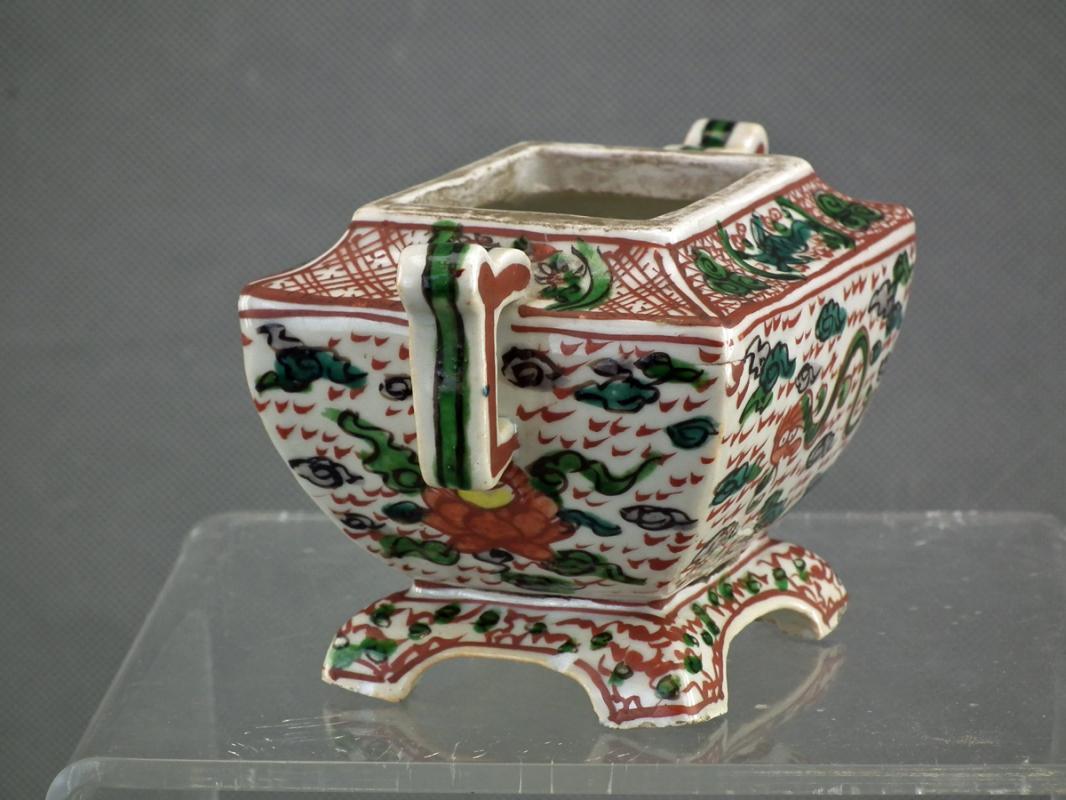 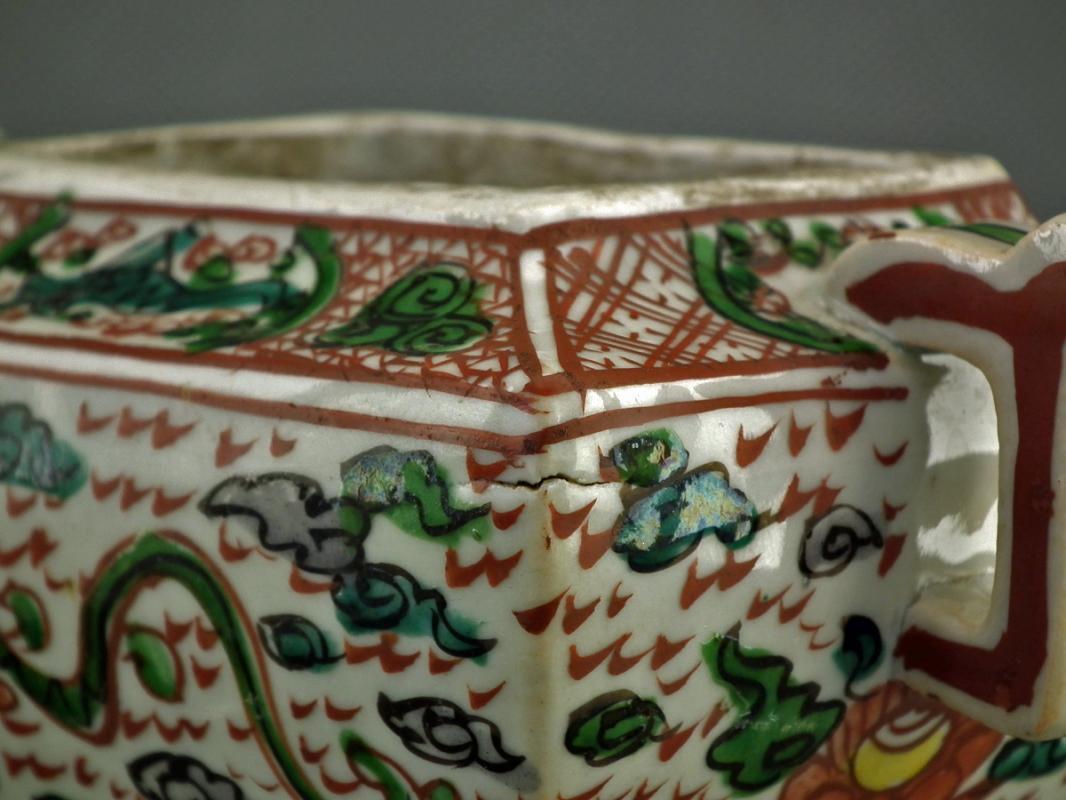 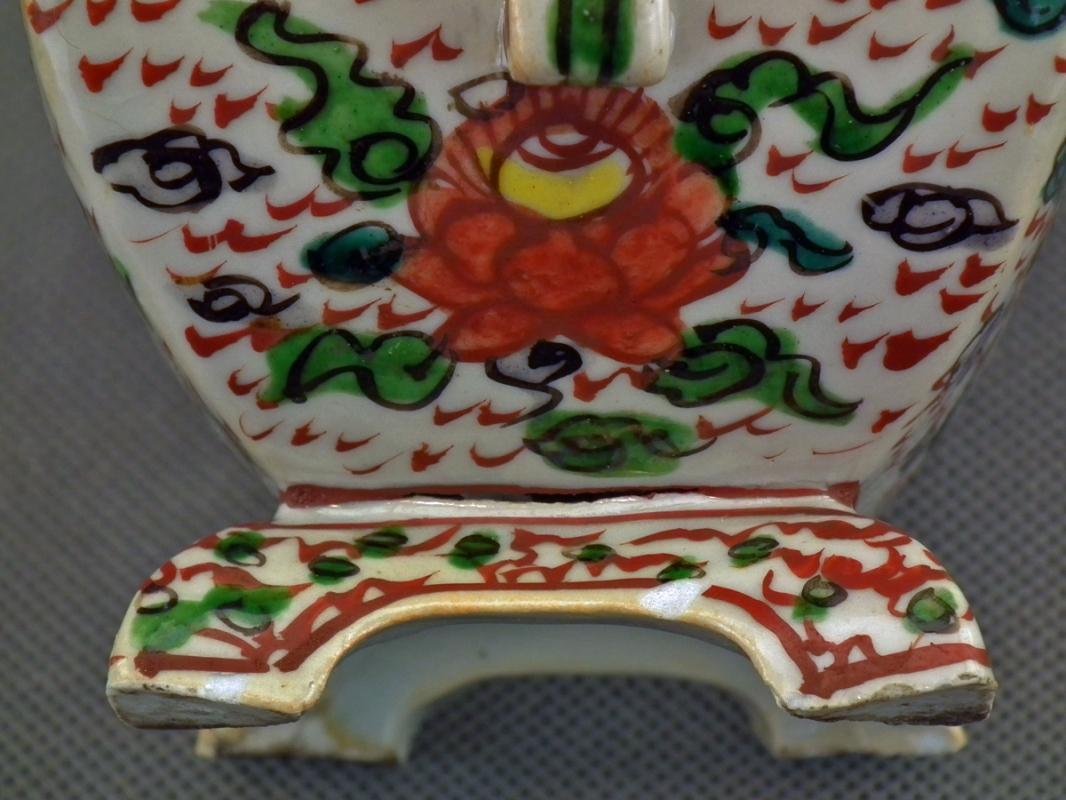 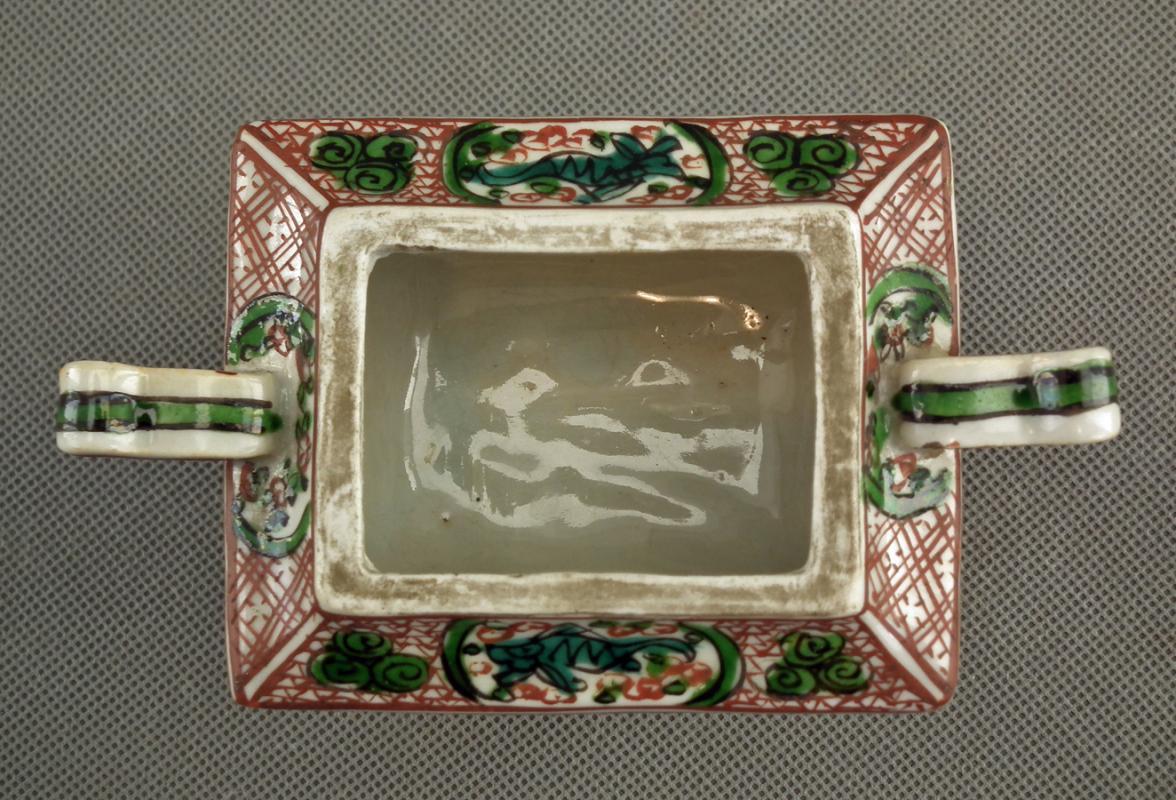 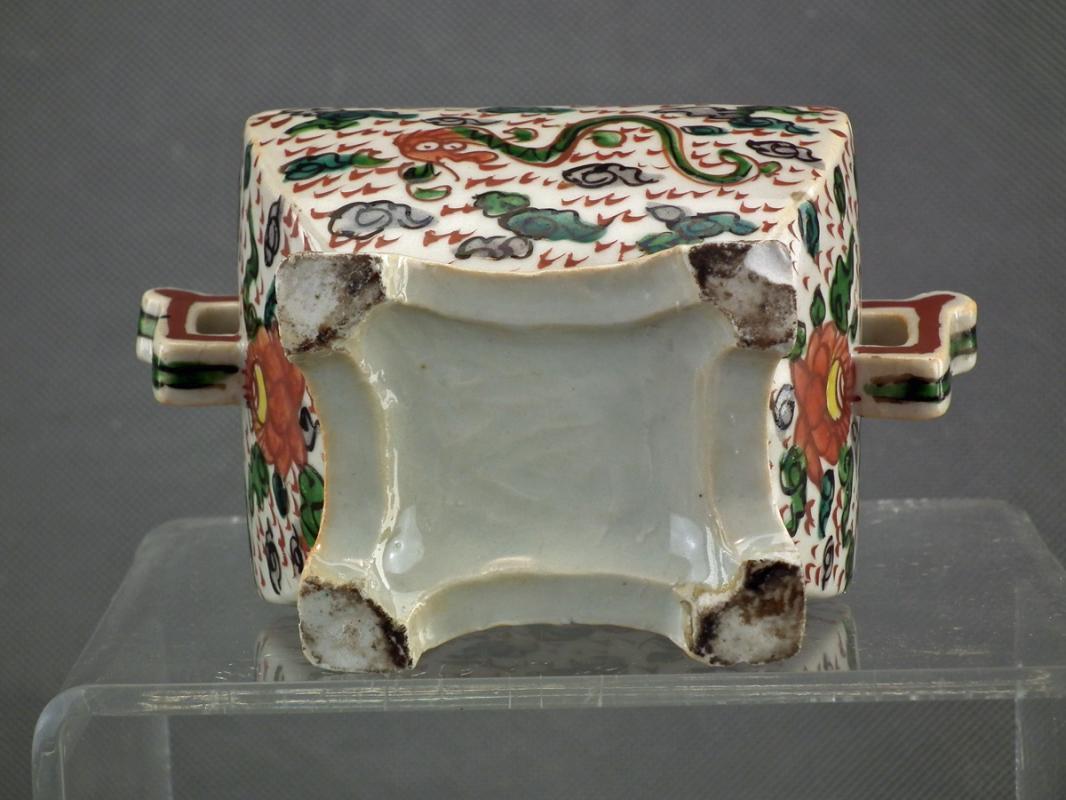 This Fang Ding shaped censer is hand-made from two separate elements: an elaborate rectangular body with two shaped handles and a separately made base supported by four molded legs.

The exterior is painted with green enamel and iron red with dragon amidst clouds and red flowers with a yellow center below the handles.

On the censer exterior, where the body connects to the base, gaps (Kiln Firing Faults) appeared during the first firing process. These firing gaps are only on the exterior, not inside the censer.

Additionally, these fired gaps are glazed and painted, so the glaze and paint were applied to these gaps during the second firing in the kiln.

Also, there are minor fired faults on the top three corners of the rectangular censer body (please see close-up photos).

It seems that firing-related problems were more frequent during the Song, Yuan, and Ming dynasties since potters did not have the equipment to control the temperature in the kiln during the firing process.

Thus, in many cases, the porcelain cracked and split, especially in the joints of the individual parts of the object, forming gaps at the junction of the base and body in this censer.

During the Qing dynasty (1644-1911), such faults gradually reduced and were limited mainly to glaze contractions.

So, these two signs; (1) the censer is made of two parts and (2) has firing faults, allow us to determine the age of the censer and prove that it is authentic Ming dynasty porcelain.

CONDITION: In good condition considering its age to be approximately 400 years old. It shows its age and uses, small chips on the legs.

No repairs or restorations.

We have provided the listing with the 20 pictures of the censer, including close-up photos, so please see all 20 pictures in the listing as they are part of the object's condition description.