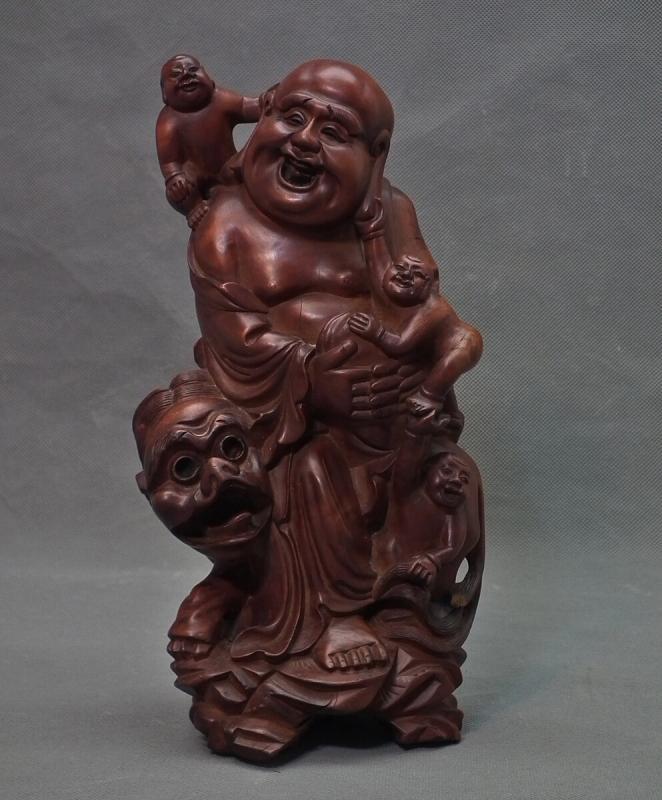 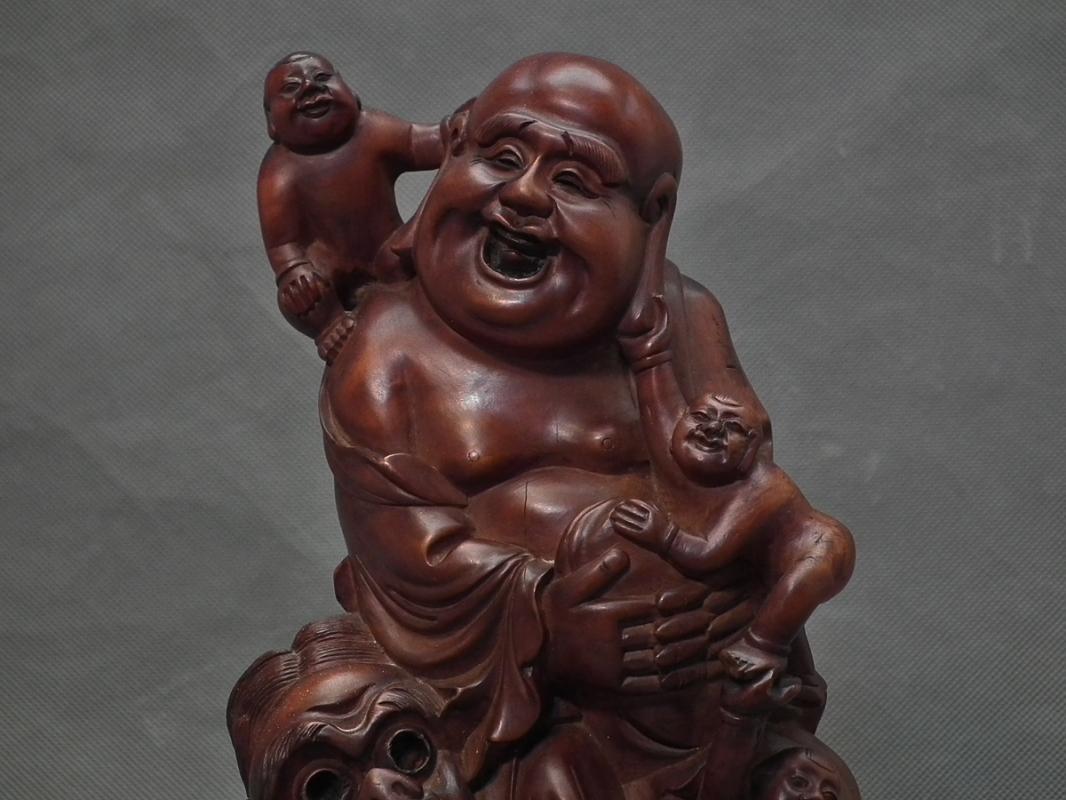 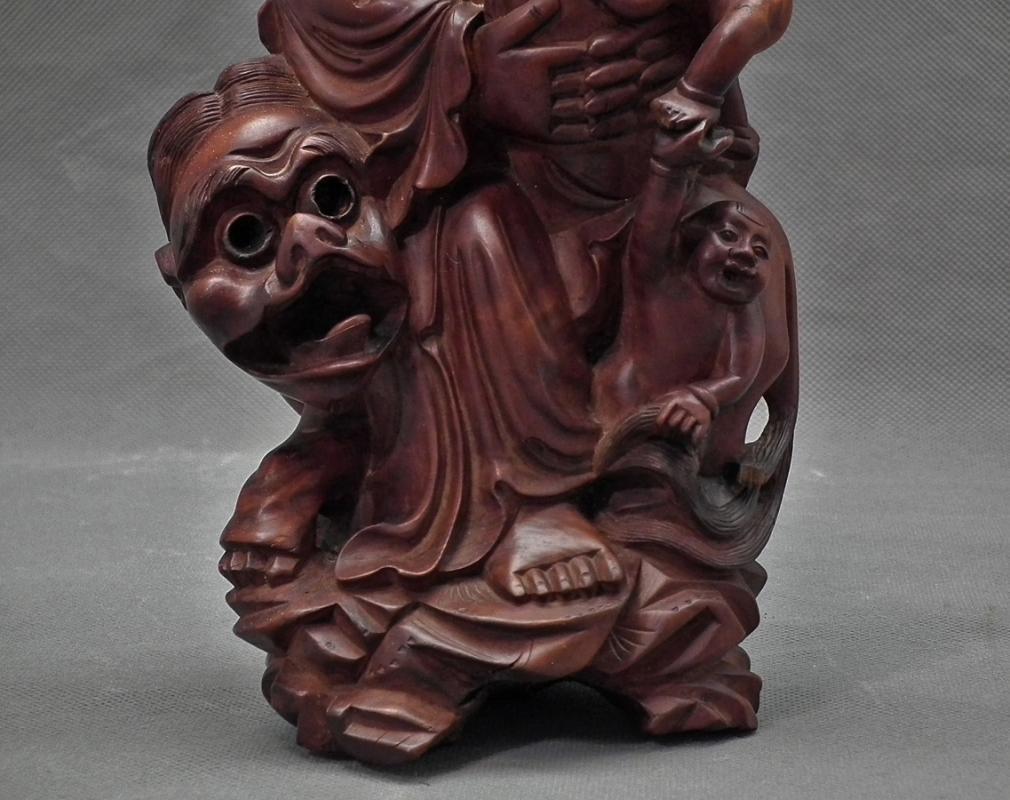 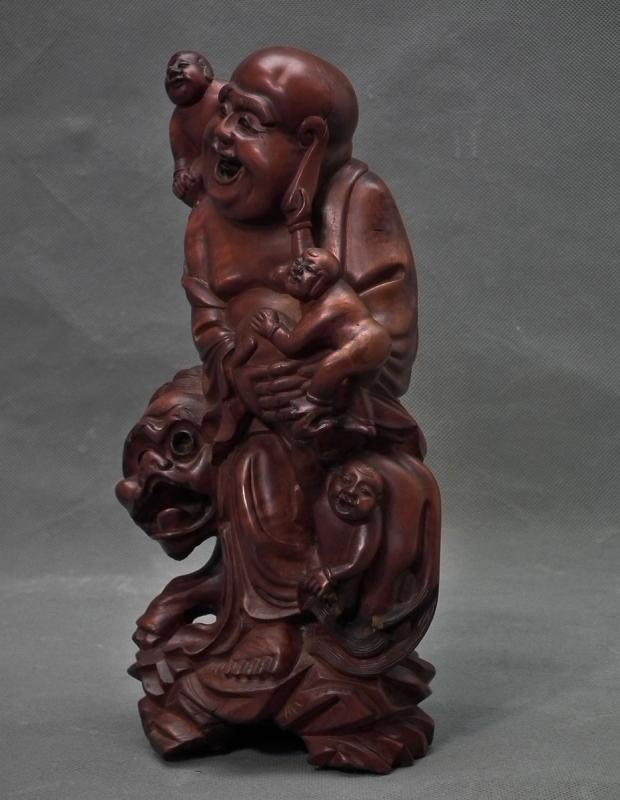 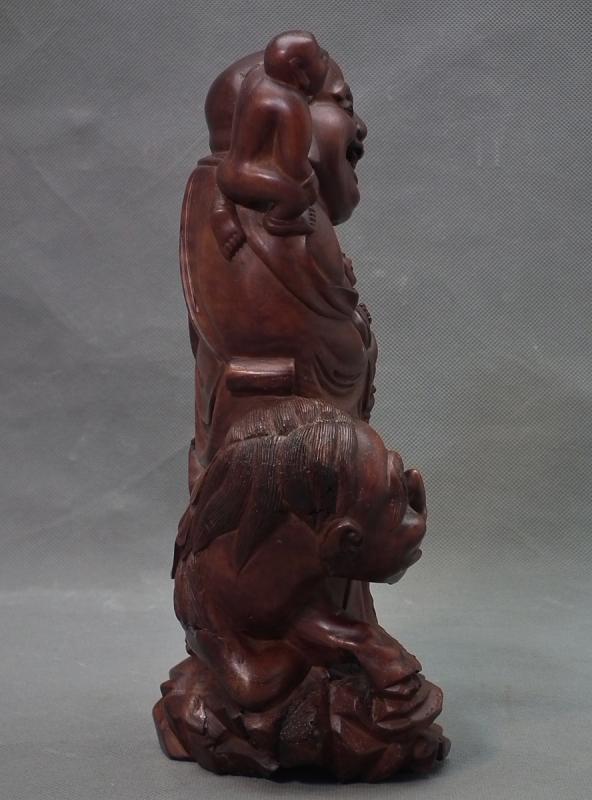 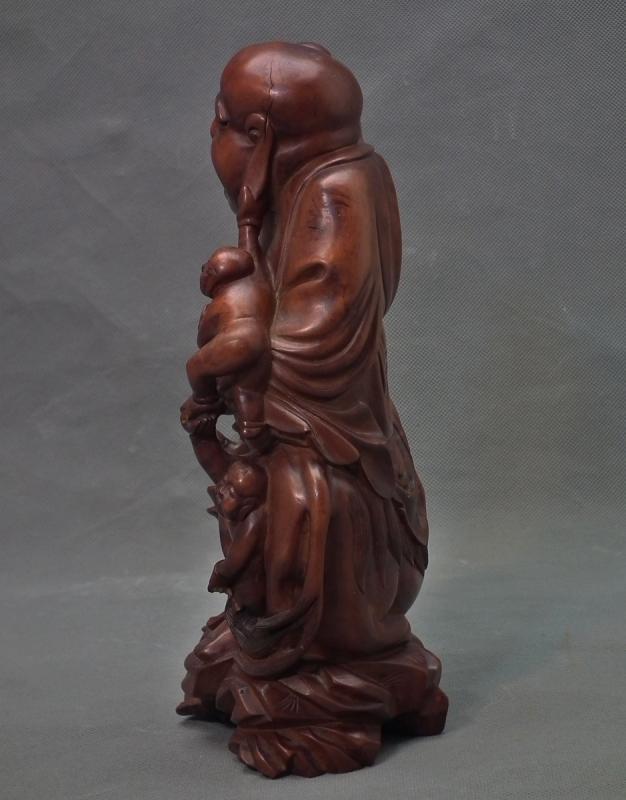 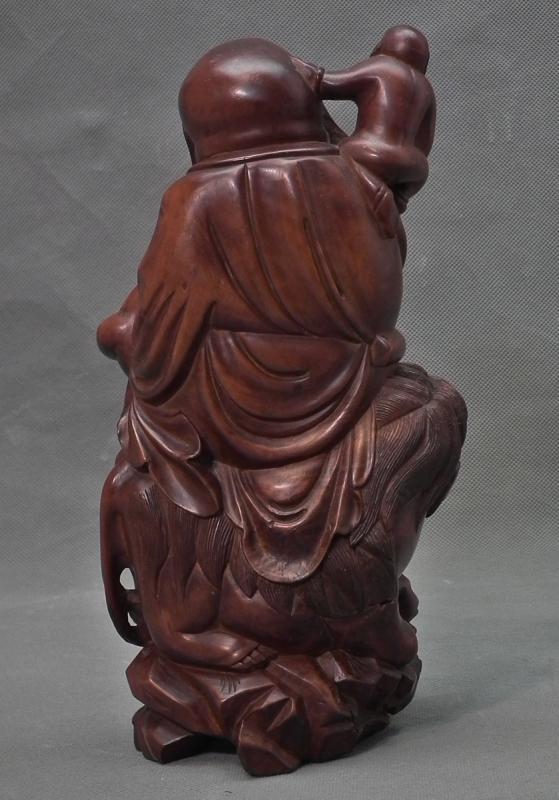 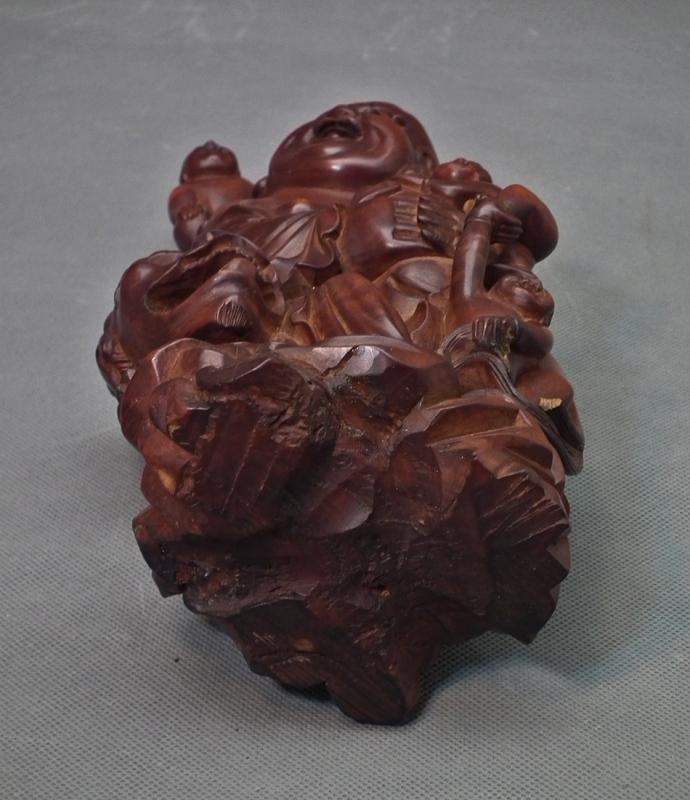 Hotei sits on the back of a recumbent Buddhist lion, Shishi or Foo Dog, wearing loosely draped robes open at his chest to reveal his corpulent figure, and holds a bag in his hands that represents wealth and good fortune, while three laughing boys are climbing on him.

CONDITION: In good overall condition, showing its age and use, with a dark brown patina. The tip of the lion's tail and the boy's left foot at the front of the Buddha's chest are chipped, minor vertical age cracks on the Buddha's belly and the left side of his head (as common in old wood).

All of this is an aspect from a used antique wooden object over 80 years old.

Please see the pictures in the listing since they are part of the description of the object's condition.

The monk Budai, also known as the Laughing Buddha, is an incarnation of Bodhisattva Maitreya, the Buddha predicted to succeed Gautama Buddha in the future. Typically depicted with a joyful expression and wearing loose-fitting robes to reveal his plump stomach in a seated position, representing contentment and abundance, Budai is also associated with child protection and is often shown with small children playfully climbing on his body.