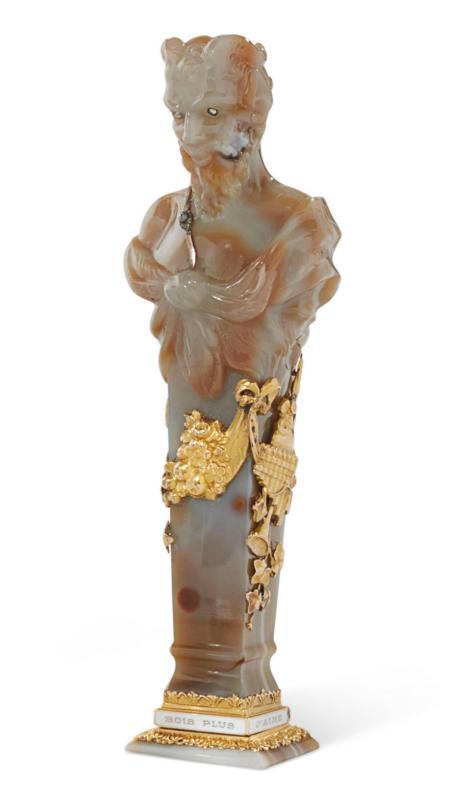 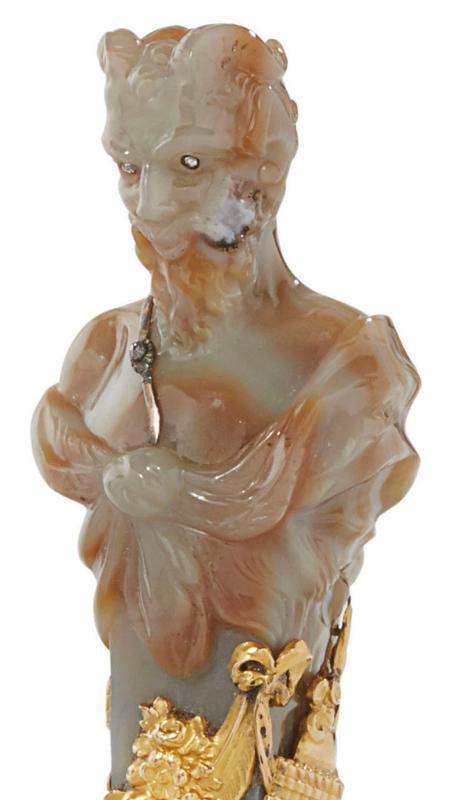 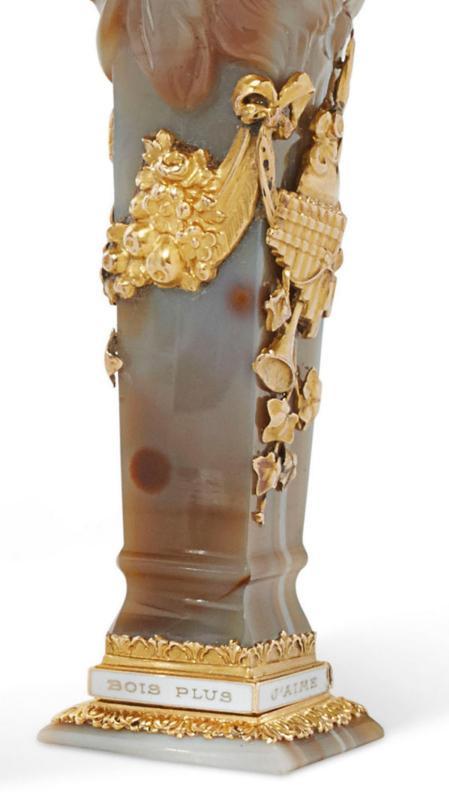 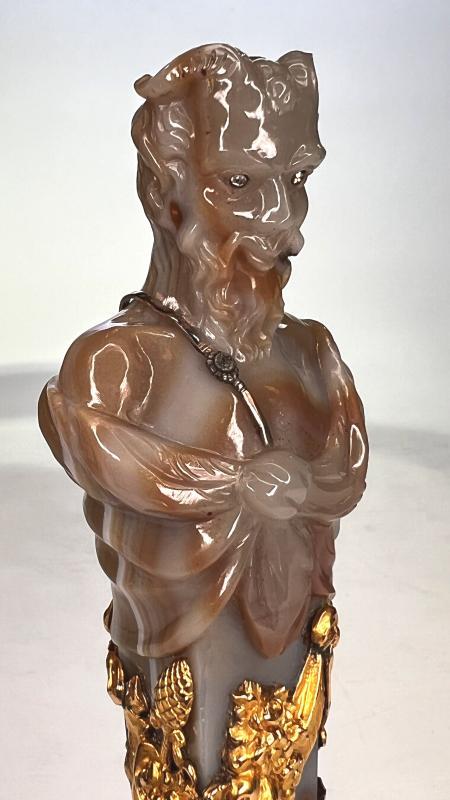 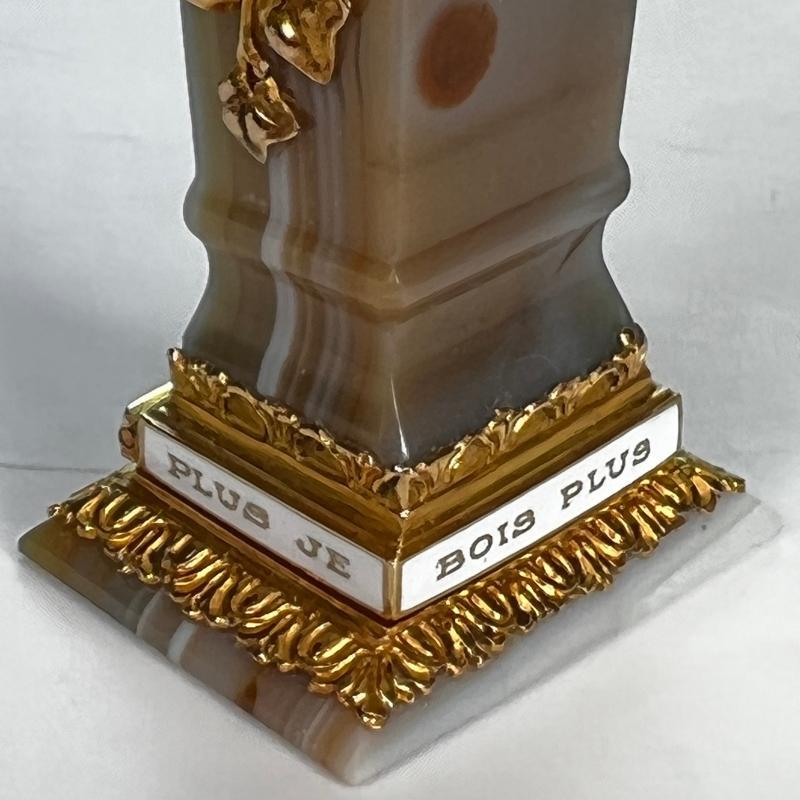 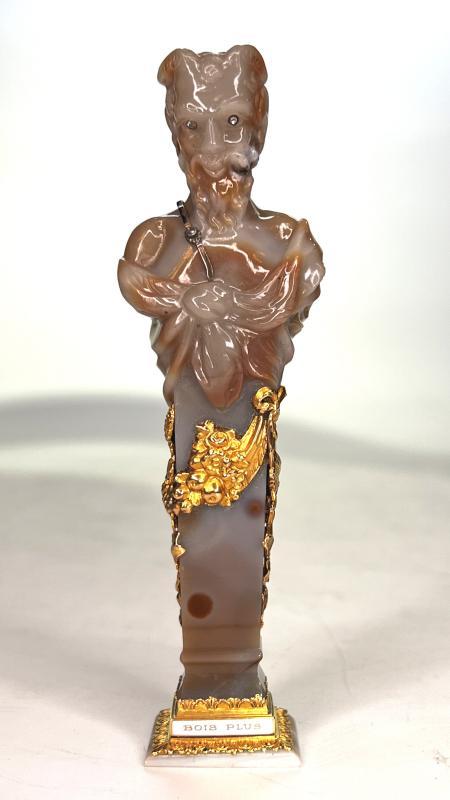 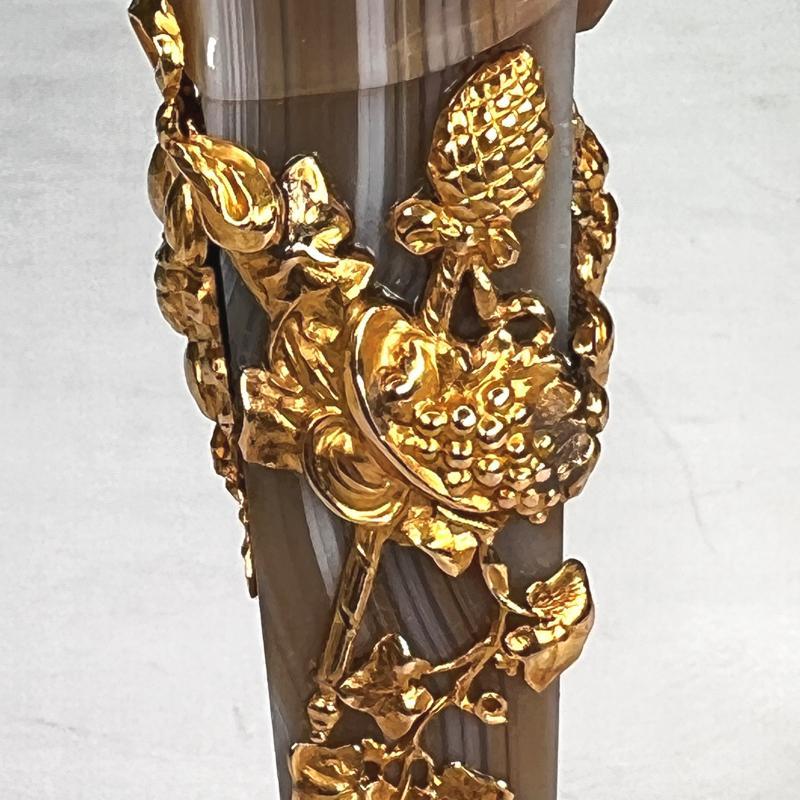 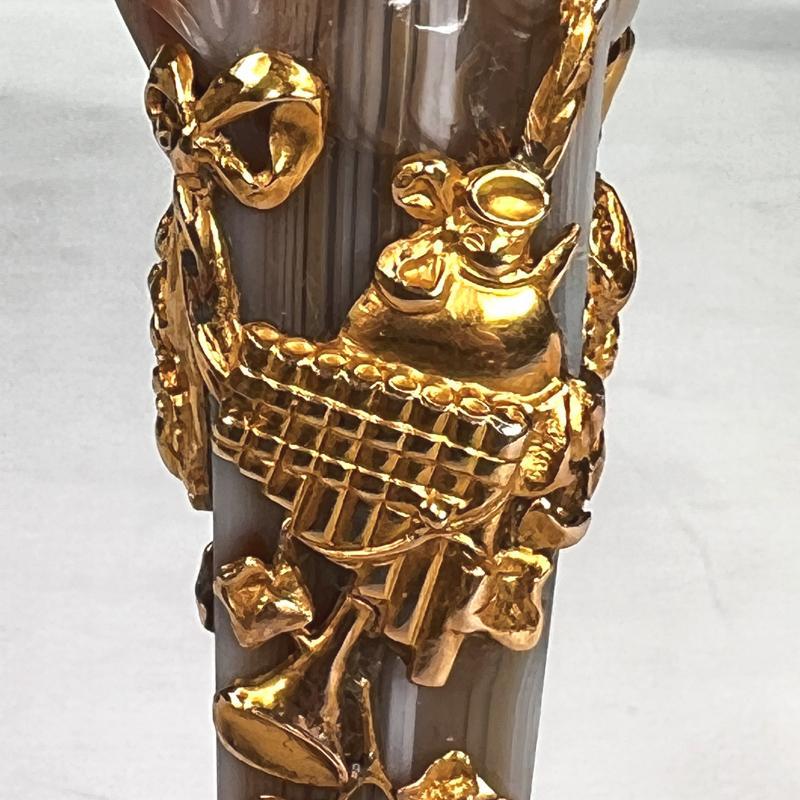 Our client's unusual French seal dating from the mid to late nineteenth century, is carved from agate stone into the shape of a Roman herm depicting a mythological faun, and has beautiful gold overlay of flute, sceptor and garland, and diamond inset eyes and diamond-set sash.  Base reads in French, PLUS JE BOIS PLUS J'AIME which translates to The More I Drink, the More I Love.  5 1/8 by 1 1/2 by 1 1/4 inches (13 by 3.8 by 3.2 cm). The saying comes from the Alsatian folk ballad, Soyons Joyeux (Let's be Happy) by Theodore Jean-Baptiste Weckerlin (1821-1910), the French composer and publisher from Alsace.

The underside is not engraved, and thus it appears the seal was never used.  Underside opens via hinge to reveal a document compartment.  Interior has two impressed assay marks.

Hinge in fine order and the base fits snugly. There are small cracks and tiny losses of white enamel on one side of the base.